Sláinte!
Music: The Food of Love

Molly Malone statue on Dublin’s Grafton Street. The statue has since been relocated to nearby Suffolk Street. (Photo: Francis Tyers / Wikimedia Commons)

With Father’s Day in mind, our columnist writes about her own dad, “a true Irish bard.”

I live with a disc jockey. No, not like one you’d find in a dance club, not at all. My jock lives in my head. His repertoire is wide and deep, it ranges through all music genres, and I never know what tune he’s going to spin next.

Some days his pick is my first waking thought. Other times it’s inspired by one word that relates to something I’m doing, like “June Is Busting Out All Over,” the rollicking ode to the joys of early summer from Rogers & Hammerstein’s Broadway classic Carousel that started playing when I began writing this piece. I can make requests, but often he pre-empts me with his own choice, sometimes on a loop so it plays over and over again, until it makes me crazy.

This is not a new phenomena. My disc jockey has been serenading me all my life. I suspect that my parents’ love of music started it all. Both Mom and Dad sang, not professionally, nor for any recognition of any sort from anyone. They simply had “song” in their hearts. Mom’s melodies were mostly popular hits from the ’30s and ’40s, with now and then a nod to Gilbert & Sullivan. Dad, on the other hand, was a true Irish bard. While his catalogue ranged from Latin hymns chanted during a Catholic Mass and folk songs he’d learned from his Irish mother to ditties he’d picked up during his WWII Air Force service in Australia, Dad often told me that he especially loved music that told a story.

In old Ireland, the exploits of both mythical heroes and actual kings were all preserved for future generations through oral history. This was the realm of two highly respected personages: the seanchaís and the bards.

In the days of the High Kings, every clan had its resident seanchaí whose job it was to recount the group’s history, recite the Brehon Laws, and entertain gatherings with spellbinding performances of the old myths and legends. While most seanchaís were part of a chieftain’s inner circle, some traveled from village to village trading their services for food and shelter. During the late 19th and early 20th centuries, William Butler Yeats, Lady

Gregory, and Padraic Colum, among other literary notables, spearheaded the Celtic Revival that reawakened interest in the seanchaís’ oral history tradition. Thanks to their dedication and perseverance, many of the old tales were written down, published and distributed globally so that Irish emigrants who had fled their homeland during the Great Hunger would not lose touch with their heritage. 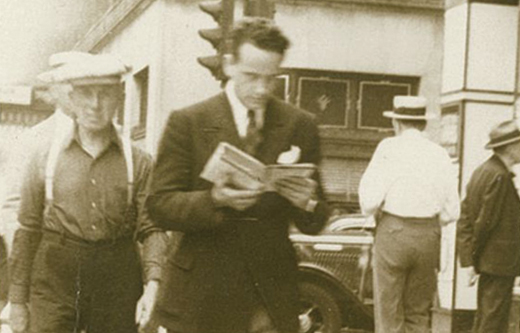 Situated eight miles off the coast of west Cork, Cape Clear is Ireland’s southernmost inhabited island and its unique scenery is a stunning backdrop for one of the most renowned storytelling festivals in the world. Since 1994, would-be seanchaís have attended the festival’s storytelling workshops and guest international storytellers have enchanted audiences with their tales and diverse oratory styles. The 2018 event is scheduled for August 31 to September 2, so there’s still time to make arrangements to attend!

In pre-Christian Ireland, even before seanchaís came on the scene, Ireland’s past was kept alive by the bards. Those who aspired to that exalted profession attended colleges in Clogher, Armagh, Lismore, and Tamar where the highest level of achievement was to become an ollamh, who toiled for 12 years, memorizing more than 300 heroic sagas and poems, 250 primary legends, and 100 secondary stories, learning how to compose heraldic poetry, and mastering the art of playing the harp. When his studies were complete, the bard was awarded a symbolic cloak of crimson feathers and went out into the world singing the histories in his own way, adding to and shaping old tales in his own style, creating new mesmerizing poems and stories as the spirit moved him, and always accompanying his performances with the music of his harp.

Imagine what it must have been like to witness a masterful bard play the harp and sing in a great hall illuminated only by flickering candlelight or under the night sky on the edge of a battlefield beside a glowing campfire. The sound of his voice and music must have been hypnotic. It is told that by the power of his song, a bard could encourage warriors to win battles or cause crops to wither and die. Some, who fell into trances when singing, are said to have predicted future events. A bard’s praise was coveted and wooed with lavish largesse. Only a foolhardy chieftain would ever insult or ridicule a bard, as the transgressor’s payback would be the poet’s scathing satire that would spread through the region as fast as wagging tongues could carry it. So respected were these encyclopedic minstrels of Irish history, laws, myths, heroic sagas, and poetry that they were exempt from prosecution of all crimes except treason and murder. Only the High Kings were more revered.

The genius harpist Turlough O’Carolan (1670-1763) is considered by many to have been Ireland’s last bard and by some to have been Erin’s greatest composer. Blinded by smallpox at the age of 18, he devoted himself to creating music on his beloved harp. During life, O’Carolan journeyed all over

Ireland, and by the time he died, he had composed more than 200 melodies, many of which are still played by Ireland’s modern musicians.

When I was a child, my family owned a television and several radios, but we didn’t have a stereo system. Then one Christmas morning I discovered Santa had left a little RCA 45 rpm record player under the tree for me! Another package tagged “Love from Mom & Dad” contained a petite six-record set of classical music: Rimsky Korsakov’s magnificent Scheherazade symphonic suite. In retrospect I’ll bet it was Mom who made sure my first recorded music was a classical masterpiece, and Dad who chose one that told a story. There were no words, but like O’Carolan’s mystical melodies that could evoke visions of fairies and fabled heroes, the music carried me away to Scheherazade’s tales of One Thousand and One Arabian Nights imagining Sinbad sailing tempestuous seas and Aladdin soaring through the sky on his magic carpet. Proving to me for all time that music is best when it marries story, just like Dad always said. Sláinte!

Shakespeare called music “the food of love,” I know it’s true because every time I hear one of Dad’s favorite tunes, I remember how happy we both were when he shared each one with me. I hope you will enjoy this little “concert” featuring just a few of the many songs I grew up with.

This group of children’s songs was recorded at a Clancy Brothers concert Dad and I attended more than 50 years ago. From that night on, we called him “Shally” (after the snail in song #2) because all the ladies loved him.

The Clancy Brothers were Dad’s favorite Irish performers and he was delighted when they made their American debut singing his favorite ballad of an Irish immigrant who became Australia’s Robin Hood.

Dad always said there was no sound sweeter than the Irish harp.

Dad sang this often and never failed to give me a wink when he reached the line ‘“it’s not the tea from China but the real old mountain dew.”

Dad learned this tune when he was stationed in Australia during WWII. It and the U.S. Air Force Anthem “Off We Go Into The Wild Blue Yonder” were the first songs I learned.

I always thought Dad made this song up until I researched this article and discovered it was penned in 1877 by the Irish songwriter Percy French to commemorate the Russo-Turkish War.

Sung by the legendary Luke Kelly

With his coal black hair, twinkling blue eyes and ability to tell fortunes with a deck of cards, Dad might easily have had some Irish gypsy blood running through his veins. 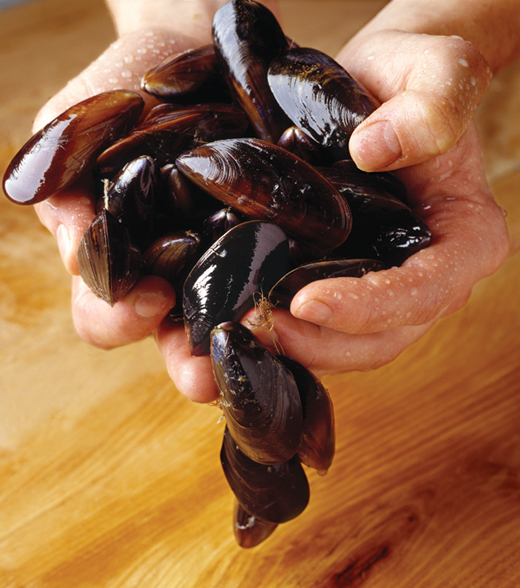 One tune Dad sang often, especially when we went crabbing at the crack of dawn on the Jersey shore, was “Molly Malone” (here sung by The Dubliners). While cockles aren’t easily found, mussels are… and this is THE best way to prepare them!

Clean mussels under running water and tear off their “beards” (the black strings by which they attach themselves to their anchorages in the ocean). Discard any mussels that are broken, cracked, open, or don’t close when tapped. Set aside.

Heat the olive oil in a large soup pot and add the onions, celery, garlic, herbs, and a few grindings of black pepper. Cover and cook over medium heat until the veggies are somewhat soft. Pour in the wine, raise the heat and boil until the wine is reduced by half. Stir in the chopped tomatoes with their juice, reduce heat, cover and simmer for about 20 minutes.

Add the mussels, cover the pot again, and cook over high heat for 10-15 minutes until all the mussels have opened, stirring occasionally to make sure each one contacts the broth.