With the Olympics closing ceremony this weekend, get to know the Irish competitors. Though none came away with medals, there was plenty of spirit to go around.

The 2018 Winter Olympics, held this year in Pyeongchang, South Korea, saw Ireland represented by five singular athletes who competed in a host of skiing and snowboarding events. Though not all of them were born and raised in Ireland, they’re all Irish citizens and embody the spirit of the diaspora, competing for the country of their ancestors on sporting’s largest stage. 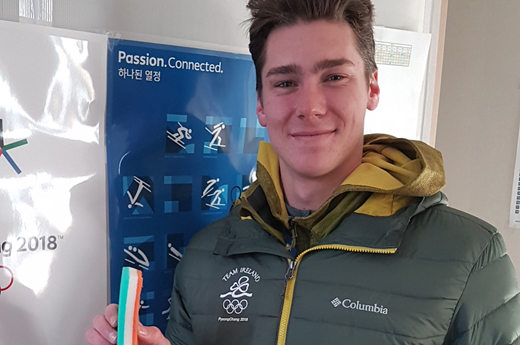 Seamus O’Connor, who was born in California with a first-generation Irish American father, acted as the Irish flag bearer during the Olympics opening ceremony and ultimately finished 18th of 29 in the men’s halfpipe snowboarding qualification. O’Connor grew up in San Diego, but began snowboarding in Colorado at the age of four. Of Russian and Irish descent, O’Connor competed in the Sochi Winter Olympics in 2014 for Ireland, becoming the country’s first Olympic snowboarder in history. “My dad got this idea that I was to ride for Ireland in my mom’s homeland as an American-born athlete, and it came together perfectly,” he told Reuters at the time.

Watch snowboarder Seamus O’Connor carry the Irish flag at the opening ceremony of the Winter Olympics in Pyeongchang #WinterOlympics2018 pic.twitter.com/VADZYY4GqW 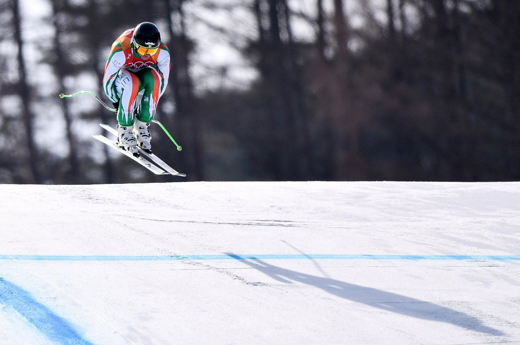 The first Irish skier in action at the 2018 Olympics was Patrick McMillan, in his Olympic debut. A County Clare native, he began skiing at age seven in Austria, (where he is currently based) while on family vacations. The second Irishman (and first in 20 years) to compete in alpine skiing, McMillan came 52nd of 85 in the men’s downhill, and hopes to continue to develop his competitive skiing skills, despite a late start at age 21.

‘I’m very honoured to be here…it’s one of the biggest moments in my life’ – Irish Winter Olympian Pat McMillan (@mcwindy) talks to @Darrenfrehill on @morningireland about representing his county in PyeongChang pic.twitter.com/QGhrYmn20C

Also skiing for Ireland was Utahn Brendan “Bubba” Newby, who before his event excitedly yelled, “It’s dinna time!” Dubbed by Irish viewers as “The Corker from Cork” (he was born there while his father was a guest professor at UCC), Newby was the first Irish half-piper in Winter Olympic history. He finished 22nd of 27 in his competition. 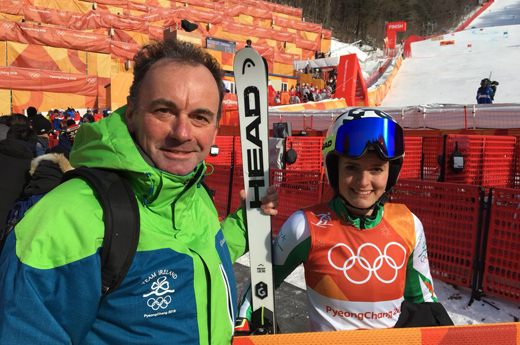 As Ireland’s only female competitor in Pyeongchang, Tess Arbez participated in the ladies’ slalom (ranking 46th of 78) and the ladies’ giant slalom (where she came in 50th of 78). With a mother from Dublin, Tess grew up in Vetraz Monthoux, France, where she began skiing on cross-country slopes before she was yet two years old. Her older brother, Maxime, has also skied for Team Ireland at the 2015 FIS Ski World Championships. Tess proudly attributes her personal philosophy to the Samuel Beckett quote, “Ever tried. Ever failed. No matter. Try again. Fail again. Fail better.” 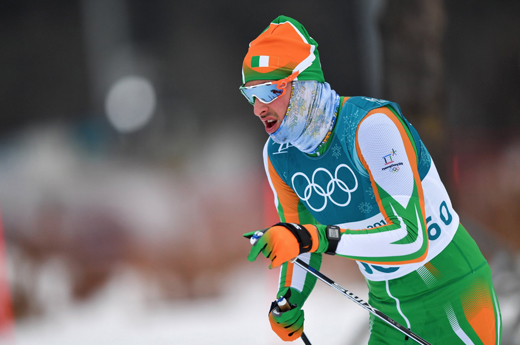 Finally, representing Ireland in cross-country skiing this year was Norwegian Thomas Maloney Westgård, whose mother hails from County Galway. He competed in in the men’s 15km free (ranking 63rd of 119), the men’s 15km skiathlon (placing 60th of 68), and the men’s spring classic (where he came in 62nd of 80).

Mary Gallagher contributed to this report.