Jerry Brown – who has spent more time than anyone else in the California governor’s office – has been well served by his Irish Catholic roots. Brown’s great-grandfather, Joseph, came to    the U.S. from County Tipperary during Ireland’s Great Hunger, in 1849. In Massachusetts, he met his future wife, Bridget Burke, herself an Irish immigrant to America. A few years later, Joseph and Bridget made their way to California, where gold mining was still fueling dreams of wealth and a better life for hopeful immigrants.

Joseph and Bridget Brown laid the foundation for one of America’s most enduring political dynasties. Their grandson, Edmund Gerald “Pat” Brown, went to night law school and became a successful lawyer. In 1943 he was elected district attorney of San Francisco, and in 1950 was elected attorney general of California. In 1958 he was elected Governor and served two terms, defeating Richard Nixon in his reelection bid, but losing to Ronald Reagan in his attempt to win a third term. 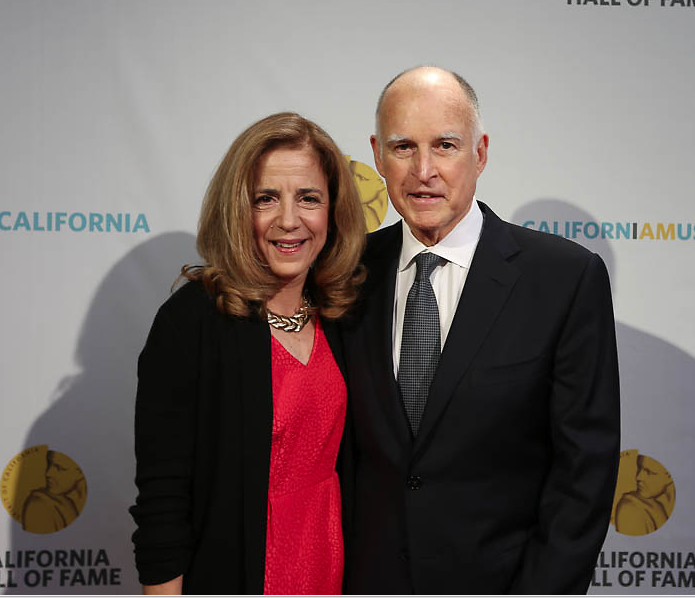 Brown’s son Edmund Gerald, Jr. – known as “Jerry” – inherited the family’s political gene and was deeply influenced by the faith his great-grandfather brought from Ireland.

“Jerry Brown’s idealism has been shaped and enhanced by a powerful California institution – the Catholic Church,” writes Chuck McFadden, in Trailblazer, his 2013 biography of Brown.

From the fifth through the eighth grade, the serious-minded Brown was educated by the Dominican nuns. Then in high school, and for a year at the University of Santa Clara, he was taught and inspired by the Jesuits. 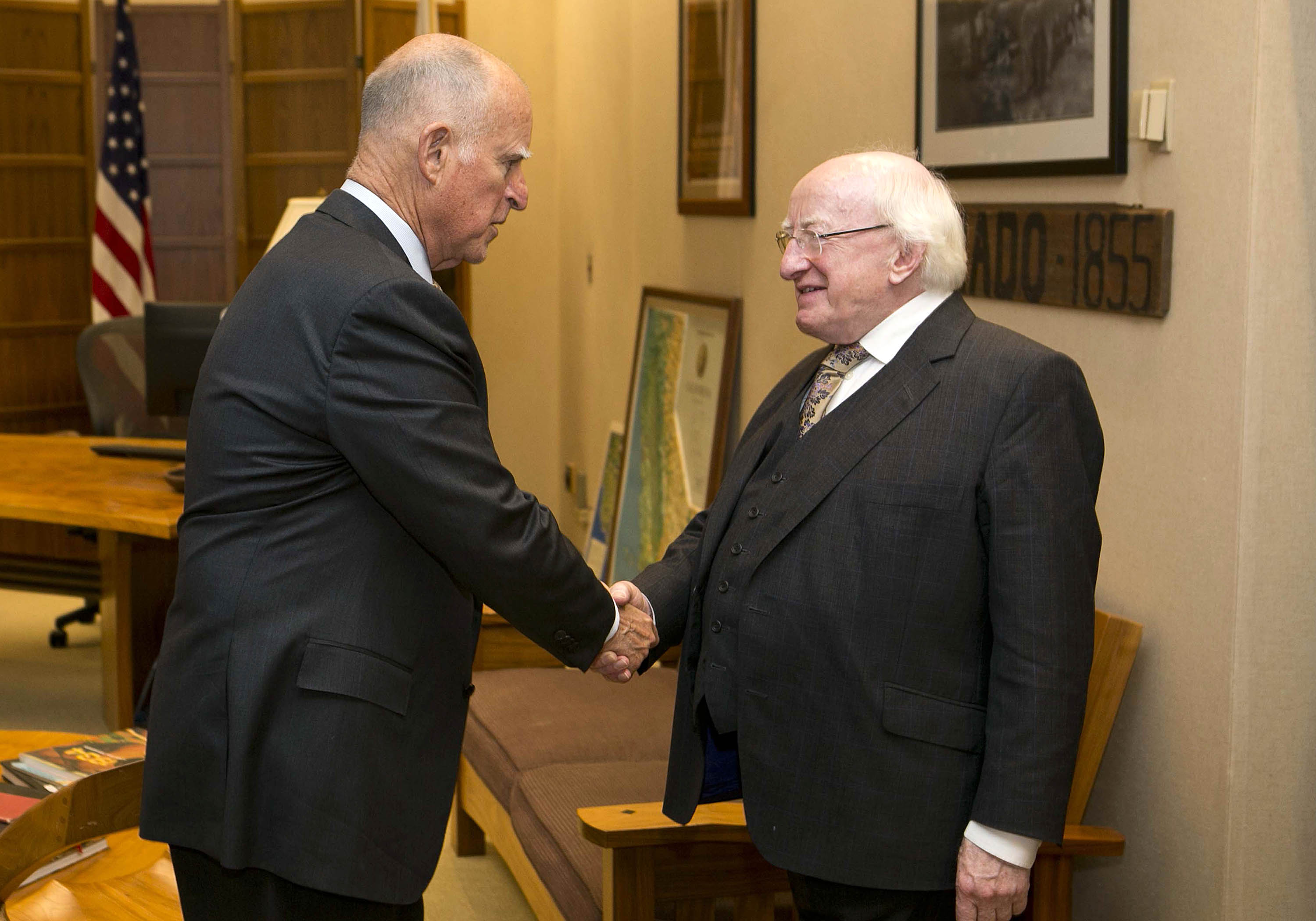 Like many Irish Catholics, Brown seriously considered the priesthood, spending several years at the Sacred Heard Novitiate and taking vows of poverty, chastity and obedience.

In 1960, Brown left the seminary and enrolled at the University of California at Berkeley, later graduating from Yale Law School.

In 1971, at the age of 32, he became California’s secretary of state. At the next election, Brown was elected governor, following the eight storied years of Ronald Reagan. 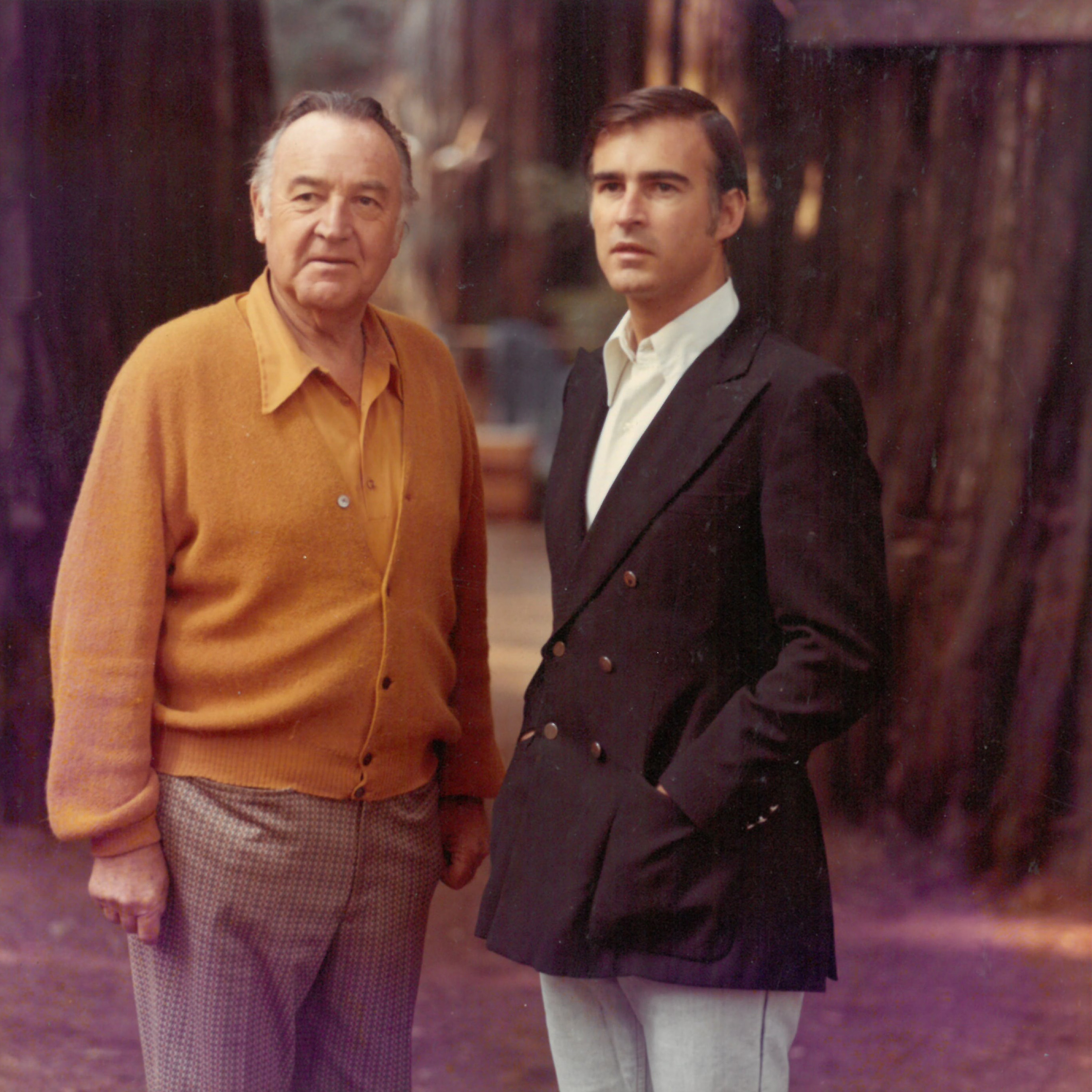 As governor, the New York Times said, “Brown was the face and spirit of a new generation of a state that – politically and culturally – was proudly distinct from the rest of the nation.”

In his first term, Brown signed into law the nation’s first Agricultural Labor Relations Act and created the California Conservation Corp, modeled on President Roosevelt’s Civilian Conservation Corp. Also notable during his time as governor, was the changing face of the California judiciary, which for the first time included large numbers of women, African Americans, Latinos, and Asian Americans. Governor Brown was also responsible for the nation’s first building and appliance energy efficiency standards and a 55 percent solar and renewable energy tax credit. In the following decade, California became the nation’s leader in renewable energy, producing over 95 percent of the nation’s wind-generated electricity. 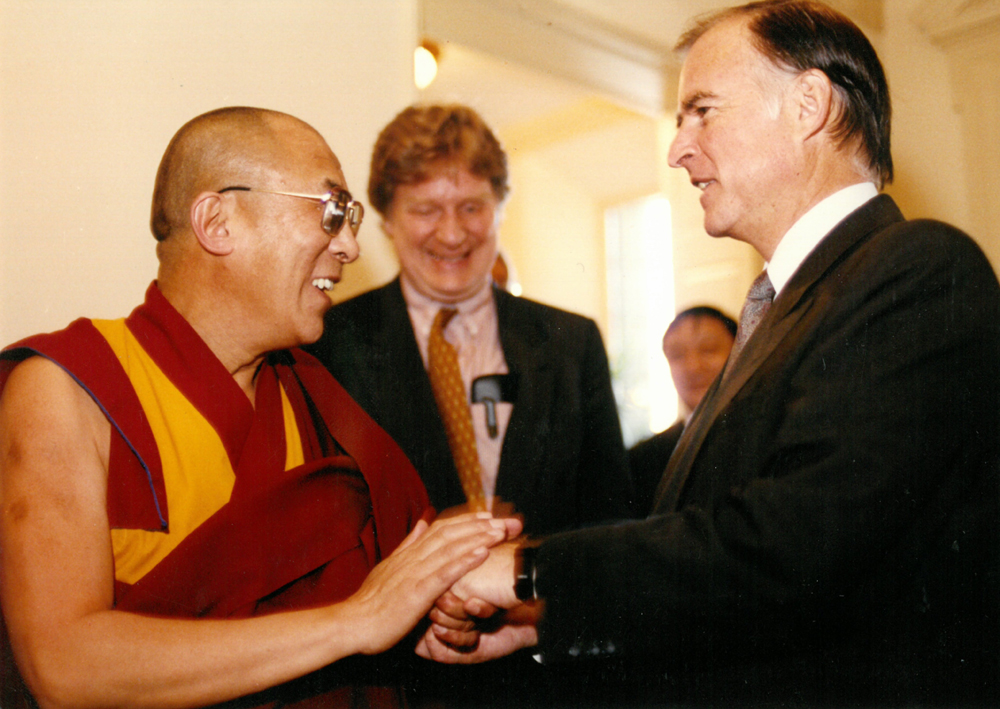 Jerry Brown with the Dalai Lama.

In 1976, Brown sought the Democratic nomination for president, managing to best Jimmy Carter in several states, including Maryland and California.

It’s been 42 years since his first White House run, and Brown, now 79, is looking back at a lifetime spent on the political stage.

When Brown delivered his final State of the State address this January, it was not only the end of an era, but “the end of… a very, very long era,” as the Los Angeles Times put it. 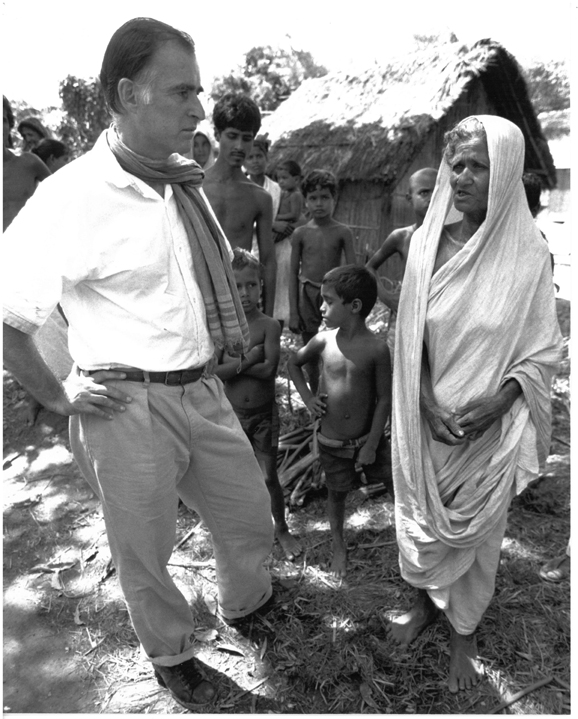 Jerry Brown in India where he worked with Mother Theresa.

The Times continued: “Sixty years ago this November, Brown’s father… was elected governor in a landslide election that forever changed California’s political hue.… By the end of 2018, Pat or Jerry Brown will have been governor for 24 of the previous 60 years. That’s an astonishing 40 percent of the time over six decades – a whole lot of power and influence by one family over a state.”

Brown, the New York Times noted, “has been such a fixture… that it seems impossible to imagine California without him.” 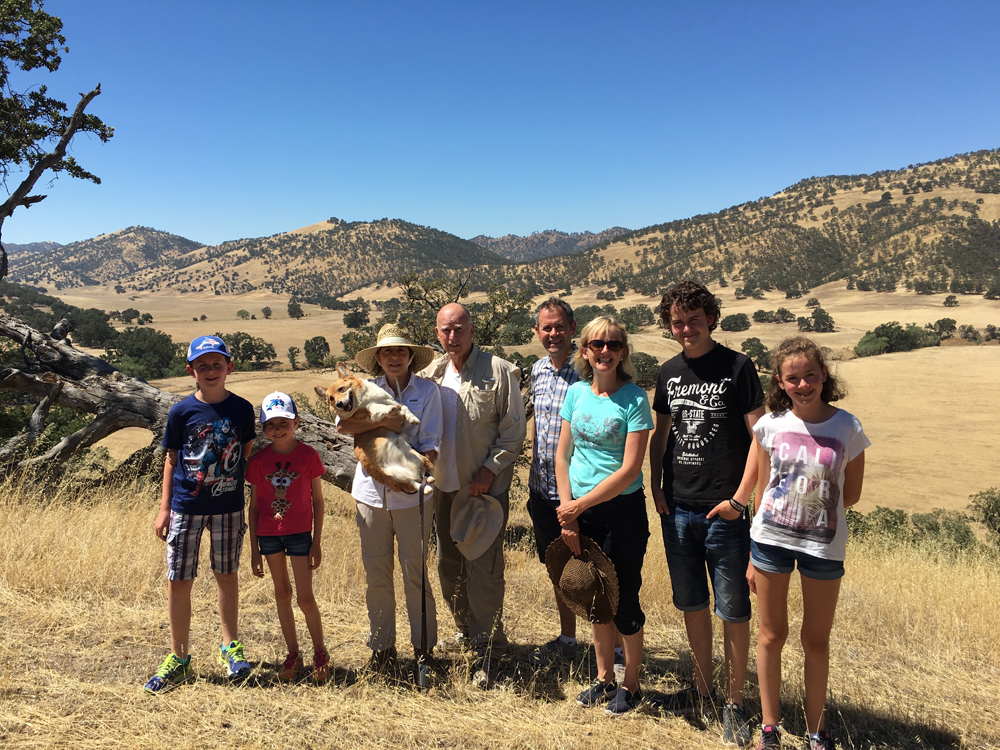 Brown and his wife, Anne, meet with his Irish cousins, the O’Sullivans, at his ranch in California. Left to right: Robert, Aoife Anne, Jerry, John, Helen, Eoin, and Rosie.

Jerry Brown was born on April 7, 1938, at St. Mary’s Hospital. “The first in a series of institutions that had ‘St.’ or ‘Sacred’ or ‘Santa’ as part of their names and would largely influence his first two decades,” writes McFadden.

St. Ignatius High School was another such institution, where Brown took four years of Latin and religion in what was then the pre-Vatican II era under Pope Pius XII. This underscores an important point about Brown: though he would come to be associated with the liberal wing of the Democratic party, he was also influenced by ideas typically associated with more conservative thinkers. For his success in balancing California’s budget, the American Conservative magazine called him “much more of a fiscal conservative” than Republican icon Ronald Reagan. 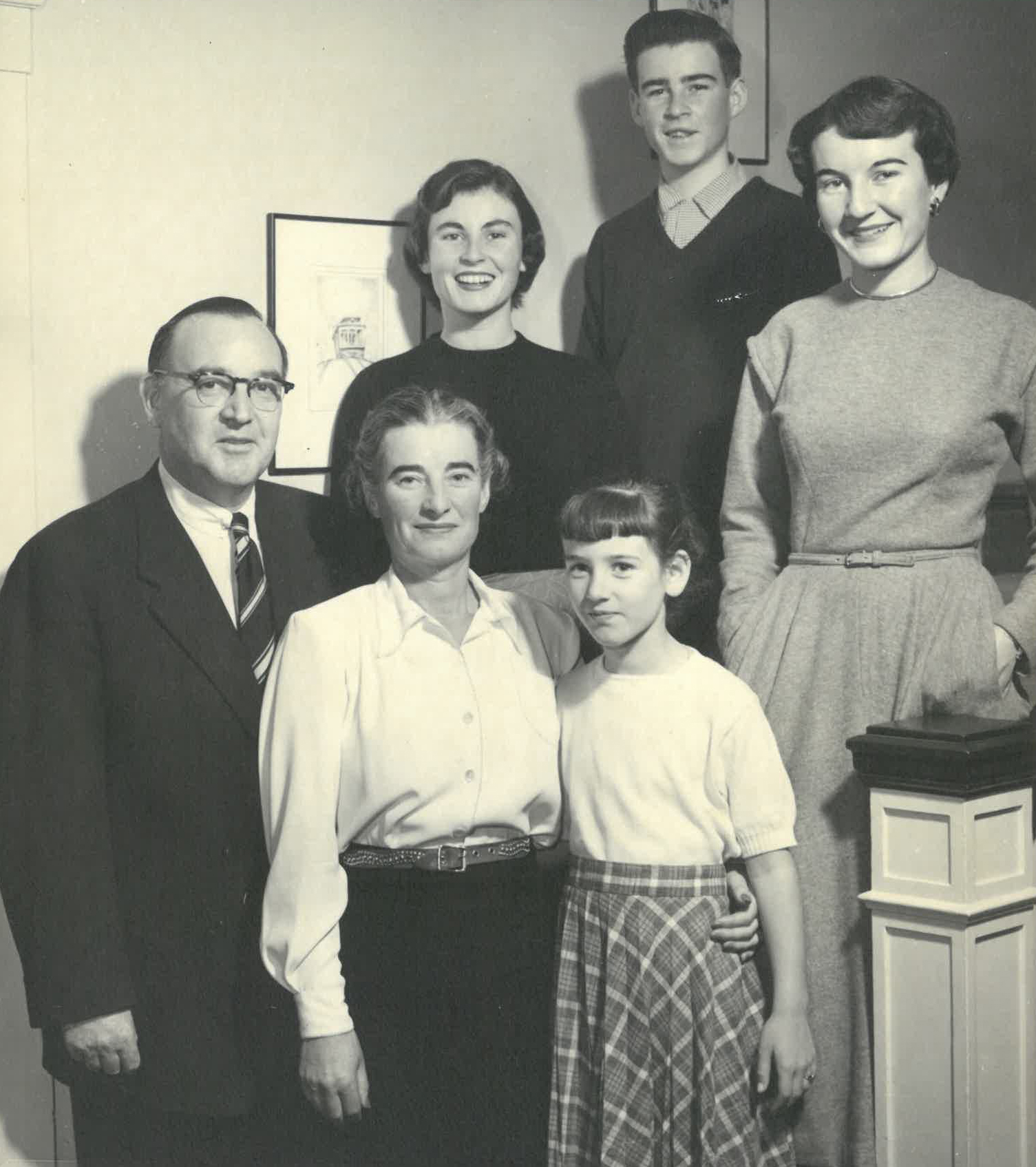 But Pat Brown’s son could not stay away from politics. In 1989 he ran for and was elected chairman of the California Democratic Party. Then in 1992 he ran again for the White House, mounting an insurgent campaign, taking no contribution greater than $100. Brown used an 800 number to collect most of his funds and won several states including Connecticut, Colorado, Maine, and Vermont, eventually losing to Bill Clinton. 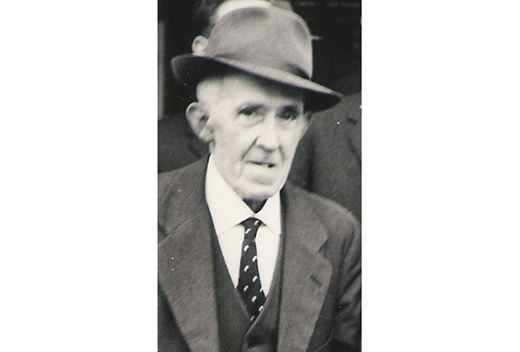 Michael Browne, grandnephew of Joseph Browne, who immigrated to the U.S. in 1849.

In 1998, he was elected to the first of two terms as mayor of Oakland, where he helped revitalize the downtown area and founded two unique charter schools, the Oakland Military Institute and the Oakland School for the Arts. In 2006 he was elected California attorney general, where he took aggressive legal action to protect the environment and combat growing mortgage fraud. Along the way, he married longtime girlfriend Anne Gust, a top executive at The Gap. They exchanged their vows at St. Agnes Catholic church in San Francisco, where Brown was baptized and where his parents were married.

In 2010 Brown won a third term as California governor by defeating billionaire Meg Whitman, who far outspent him with a $173 million campaign. He became the oldest person to hold the California governorship and was re-elected in 2014. 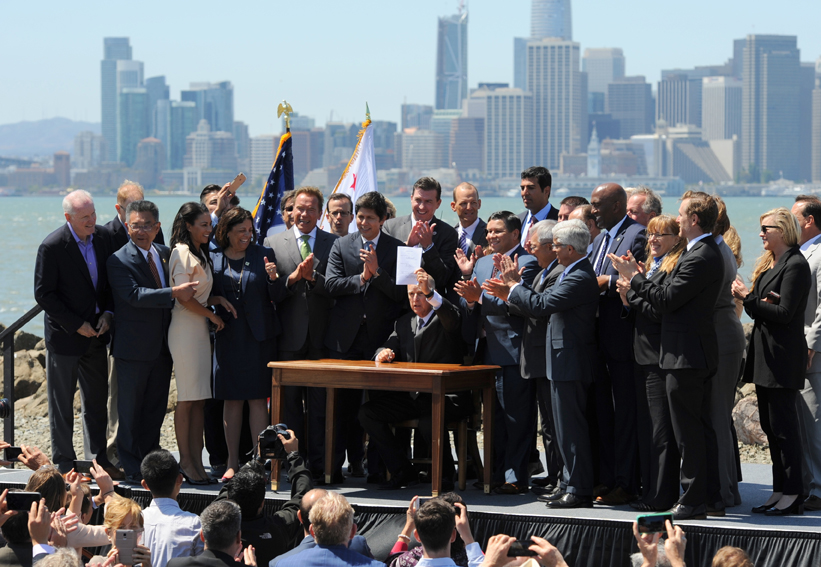 Jerry Brown has had an unusual, creative and very long career in public service. All in all, a beautiful tribute to his pioneering and courageous Irish forebears. ♦

One Response to “Hall of Fame:
Jerry Brown”