Tara Sullivan, a born and bred New Jersey sports fan and reporter, is heading up to the Boston Globe. (Photo: northjersey.com)

Tara Sullivan talks about her life in sports, Irish dance, and the memorable people along her road to becoming the Boston Globe’s newest sports writer.

For twenty years Tara Sullivan covered sports for the Record, the largest of New Jersey’s newspapers.

She’s covered everything from high school to the pros, bringing her readers into the lives of the athletes and the heart of the games. Whether it’s playfully quizzing Eli Manning on his back-up quarterbacks, profiling Chris Hogan, a North Jersey native now wide receiver for the New England Patriots, or opening up to her readers with personal columns about her brother’s service overseas as a Navy physician and how sports provided an emotional bridge – the people have always been front and center. “I’ve been lucky to be at Super Bowls, World Series, the U.S. Open, the Masters, you know, a lot of dramatic sports events, so obviously the privilege of just being there is not lost on me, but it’s the people that I’ve written about that have stayed with me.”

So how does a Bruce Springsteen-loving Jersey Girl leave her beloved Yankees and Giants to cover the rival Red Sox and Patriots for the Boston Globe?

“We don’t cover the sport, we cover the people,” says Tara of her move to Boston.

“Being in Boston means not having the same institutional knowledge that I have in North Jersey, but it won’t be unfamiliar,” Sullivan says of her move.

“People are the people, right? Whatever team, whatever sport.” 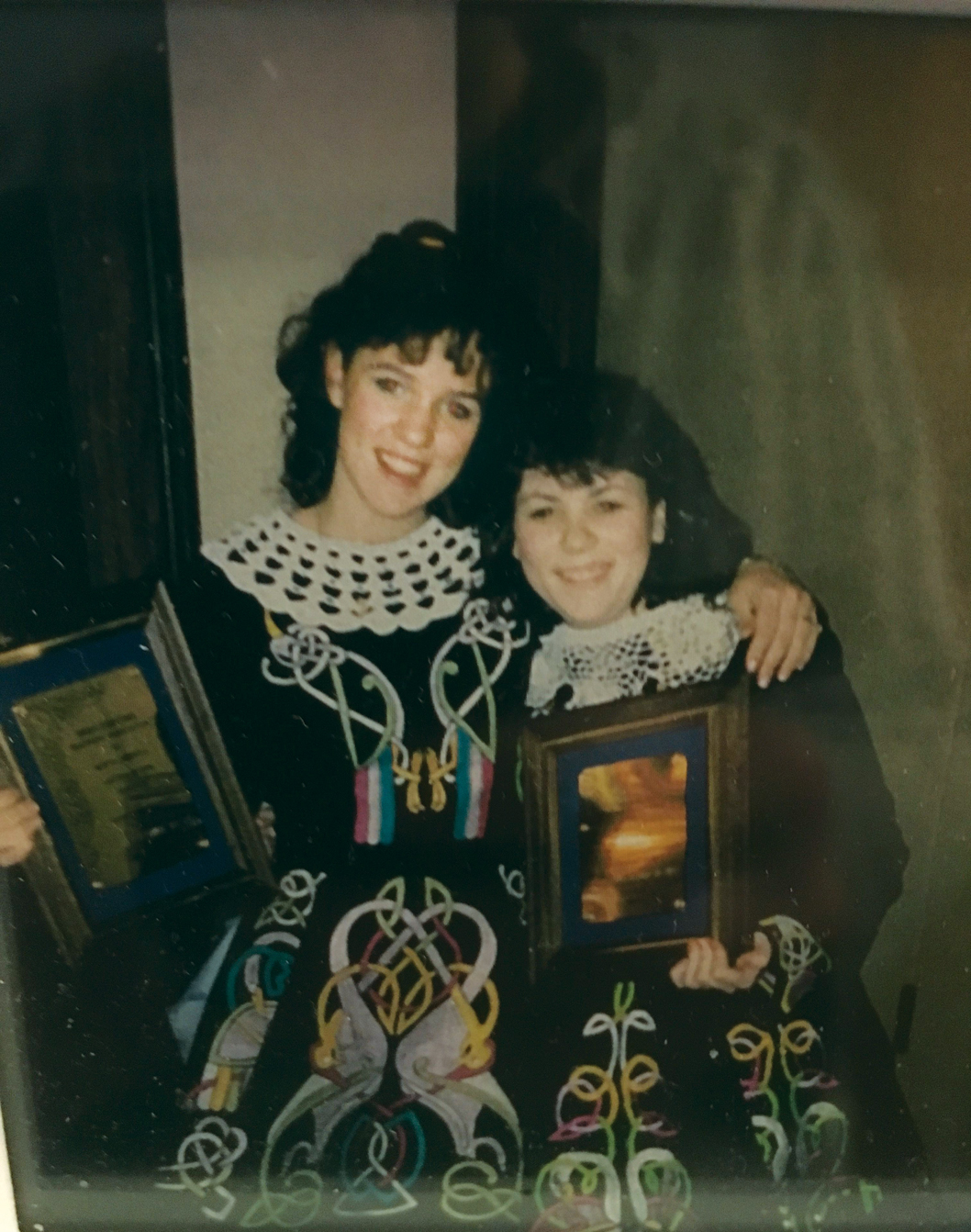 Sullivan, the youngest of four, was raised on New York sports – her Dad held season tickets to the Giants and her brother was a huge Yankees fan. An “insane Yankee fan” herself, Tara watched every game and “collected baseball cards like a maniac.” In high school she wrote the Yankees line-up on her schoolbook covers and filled photo albums with newspaper clippings.

In college, Tara turned her passion for sports into writing, becoming the sports editor of Rutgers University’s the Daily Targum. After graduation, she enjoyed stints at New York Newsday and the New York Daily News before landing her dream job at the Record, the newspaper she grew up reading “back to front,” to take in the sports news first.

Although she loved sports from the time she could crawl, the athletic preparation and competitive skills that earned her ten varsity letters in high school did not come from a childhood on the soccer field. It came on the dance floor.

“I was literally going to Irish dance classes in diapers and started dancing myself at four or five.”

Tara’s mother emigrated from County Limerick, and settled in the Bronx with her father, whose family was from Milltown Malbay in County Sligo.

“My mom was looking for ways to keep us connected to the Irish culture, and a neighbor in the apartment building told her about this new Irish dance school that was opening in Inwood, so she gathered up us four kids and we were one of the first families to join the school the year it opened.”

The school was the Early-McLoughlin School of Irish Dance, founded by Patsy Early McLoughlin. It celebrates its 50th anniversary this year. 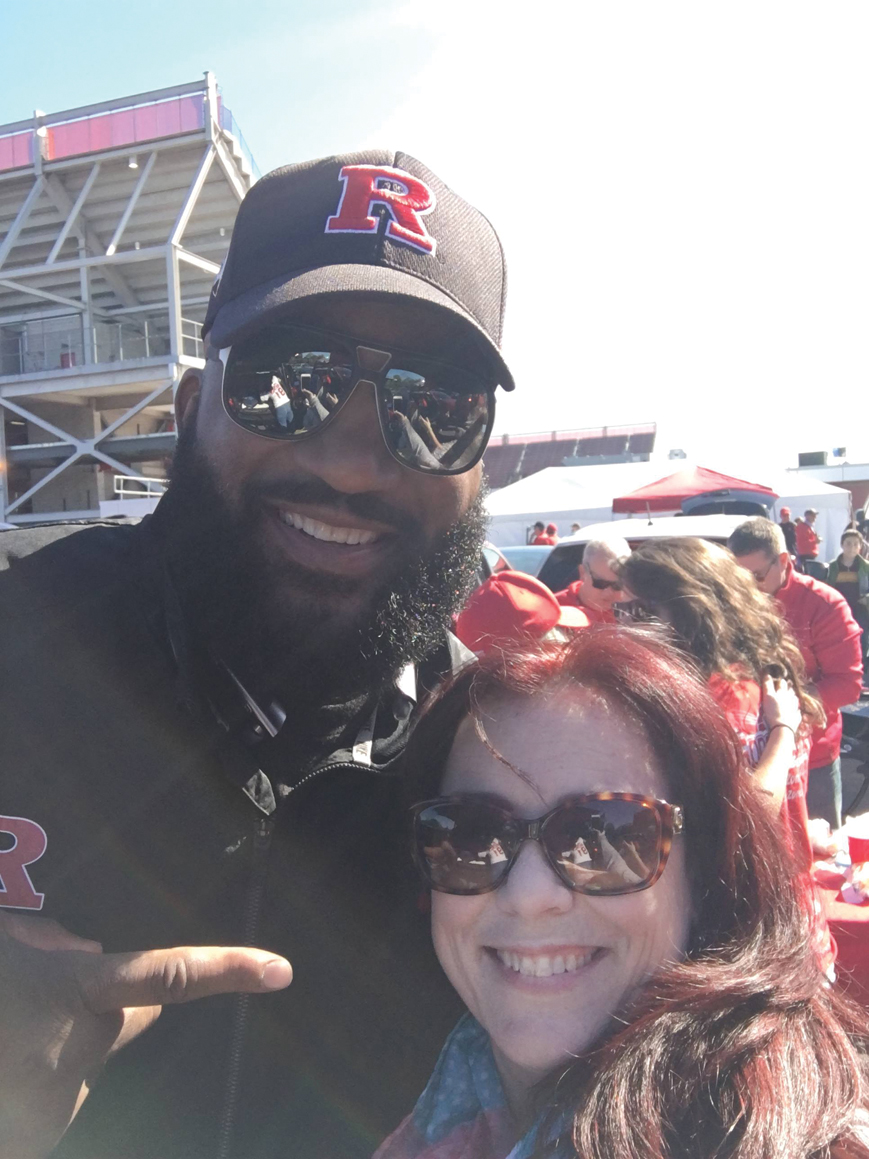 Tara had found her second home, taking to dance right away. It was in her blood. Her mother’s sister, Nuala Slater Downes, was on a World Champion figure team for the Ui Ruairc School in Limerick. Tara learned quickly, successfully competed at the highest levels, and grew up within a family of fellow dancers.

“Some of my closest friends in the world came through the McLoughlin school,” Tara tells me.

Eventually the Sullivan family moved to New Jersey, but her mother would drive Tara and her sister into the city once a week.

They stayed with the school as it, too, moved to northern New Jersey. “I would go to soccer practice after school and then to dancing at night. I loved going. The community has been the most welcoming and loving and supportive and so it’s what I always return to and rely on. I credit a lot of that directly to Patsy. That’s the culture she built. It’s hard to even describe what Patsy means in my life, you know, everything from like a second mom to a best friend to a colleague and everything – she’s just always been there.”

Tara became one of the certified Irish dance instructors at the McLoughlin School, with her own daughter, Keira, as a student.

“I love teaching. When you see a kid just not being able to do a certain move and then being able to – that’s as satisfying as breaking a big story! I mean, it’s fantastic. And for me, it’s been so much fun. Patsy runs everything so fantastically I just show up and help the kids learn what they need to learn.” 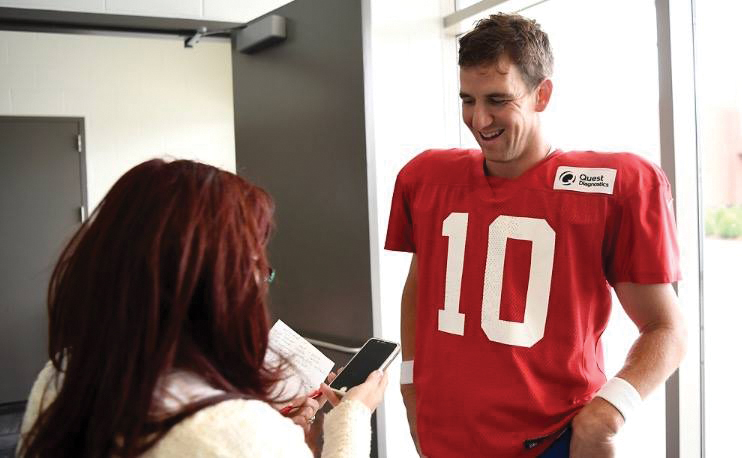 Tara bridged her professional world to her dancing community, and in doing so, showed her students that even the greatest still strive to learn more and push themselves. “I loved pulling from all the worlds I’m in. Why compartmentalize, right? I mean, these kids know that if I’m not there on a certain Tuesday, it’s because I might be at a baseball game or something. Having competed at an international level myself in Irish dance does help inform my understanding of the intense competitiveness of professional sports and wanting to do well. Journalism itself is a competitive field. You want to get the scoop. I do think they’re all intertwined.”

At class one September evening in the basement of St. Mary’s school, just prior to her move to Boston, Tara began practice by sharing Giants quarterback Eli Manning’s humble response to coach Ben McAdoo’s criticism of him; “I enjoy being coached, if I screw something up, let me know.”

While covering Rory McIlroy for the 2011 Masters, Tara found herself shut out of the locker room after the final round by a guard unfamiliar with the rules. “Sort of an easy assumption to make because of what Augusta National was going through, you know, regarding its all-male membership. It was unfortunate, but what I often take from it is just how my industry, my colleagues, rose up in my defense. That shows the progress from twenty-five years ago when people thought, you shouldn’t get in there to there being outrage because I didn’t get in. People understood that that should have happened.”

It was a powerful moment – and a humorous one, too, back with her dance family in New Jersey.

“I remember when I first came back from the Masters we were still in the old church down the street on Washington Avenue in Bergenfield. Through the front door there was a double door into the practice area and George’s dad had put a sign up there barring me from the practice room. It was hilarious.” 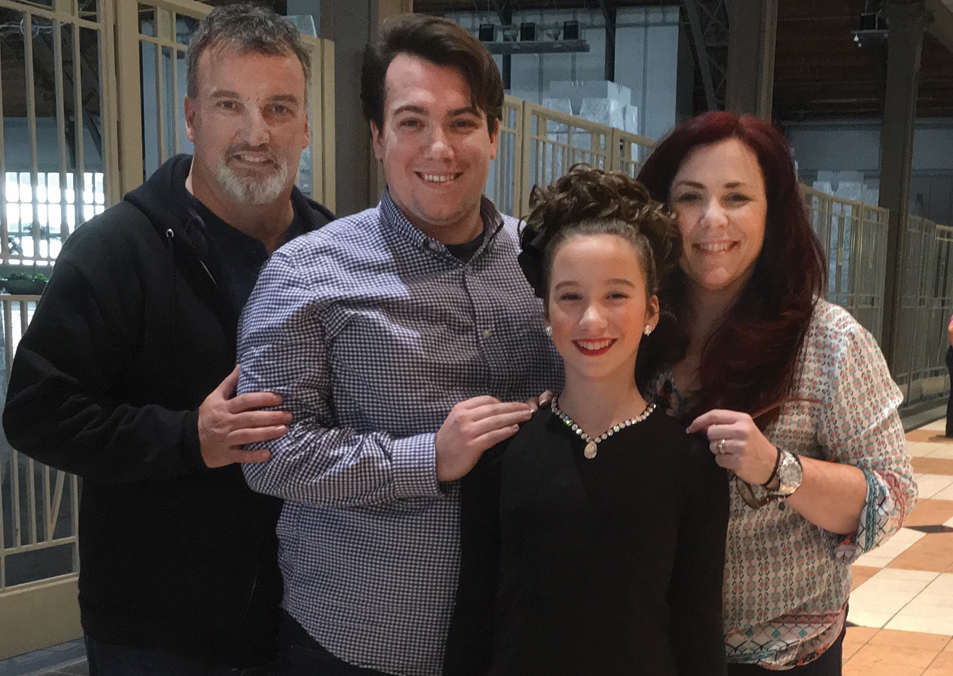 Moving to Boston means leaving Patsy, her fellow teachers, and her students behind, but with Boston’s own strong Irish roots, the Irish dance community there is as vibrant as it is in the New York metro area. It’s also the end of an era with Sullivan girls dancing for Patsy. “It is so strange to even think about taking my daughter Keira somewhere else – I’m still trying to get my head around that. The beauty of Irish dancing though, is that those connections never go away. They’re too strong for that.”

While New Jersey’s loss is definitely Boston’s gain, if anyone can bridge these two powerhouses of sports, it’s Tara. She may even bring the rival fans together. “Two things about my personality that have always been there are Irish dancing and being a sports fan. They molded me, you know? They’re not activities anymore. They’re part of who I am.”

During the 2017 address to the high school athletes being honored at the NorthJersey.com Sports Awards, Tara reminisced on her own high school sports experiences… and seems to have taken her own advice: “One finish line does not a destination make. Life is full of finish lines, so keep going after them. The journey is what truly makes you, not the accomplishment. Don’t end up like the guys Bruce Springsteen sings about in ‘Glory Days.’ Build more glory days in your future.” ♦

One Response to “Tara Sullivan:
Shipping Up to Boston”