Choirboys and girls try their luck with a modern pancake race. The tradition is practiced throughout the British Isles. (Photo: Russky London)

Once the winter holiday feasting frenzy ends, hundreds of ads bombard us with ways to lose weight. There is certainly a time to count calories, but then there is Fat Tuesday. Dieters beware. The two will never go together any better than oil and water. As the final day before Lent, Fat Tuesday has for almost two-thousand years been cause to consume high-calorie, high-cholesterol rich food.

When Christianity was new, the faithful observed a “black fast” from Good Friday to Easter. No one ate anything at all. As time passed, people’s piety waned and church leaders sought a way to restore their devotion. Late in the sixth century, Pope Gregory the Great extended the pre-Easter fast to 40 days, excluding Sundays. It was the year’s most solemn period. Believers were directed to repent their sins and purify themselves in mind and body to prepare for Easter, the celebration of Christ’s resurrection from the dead.

The initial day of the long fast has always been a Wednesday. To evidence its significance, persons who had committed grievous sin or scandal were given public penance. They arrived at church barefoot, wearing sackcloth, and the bishop marked their foreheads with ashes, a visible display of contrition. For 40 days these penitents lived apart from their families, doing good works and praying for forgiveness. They were forbidden to wear shoes, bathe, converse with others or sleep in a bed. In the 11th century, this day of atonement was officially titled Ash Wednesday.

Pope Gregory also mandated the Lenten food restrictions: “We abstain from flesh meat and from all things that come from flesh, as milk, cheese, [and] eggs.” Fasting laws were so strict that the forbidden foods could not even be stored inside one’s house! For more than a thousand years, his ruling was rigidly followed throughout Christendom. On Ash Wednesday, the fasting and austerity would begin, but the evening preceding it was a time for feasting and making merry. 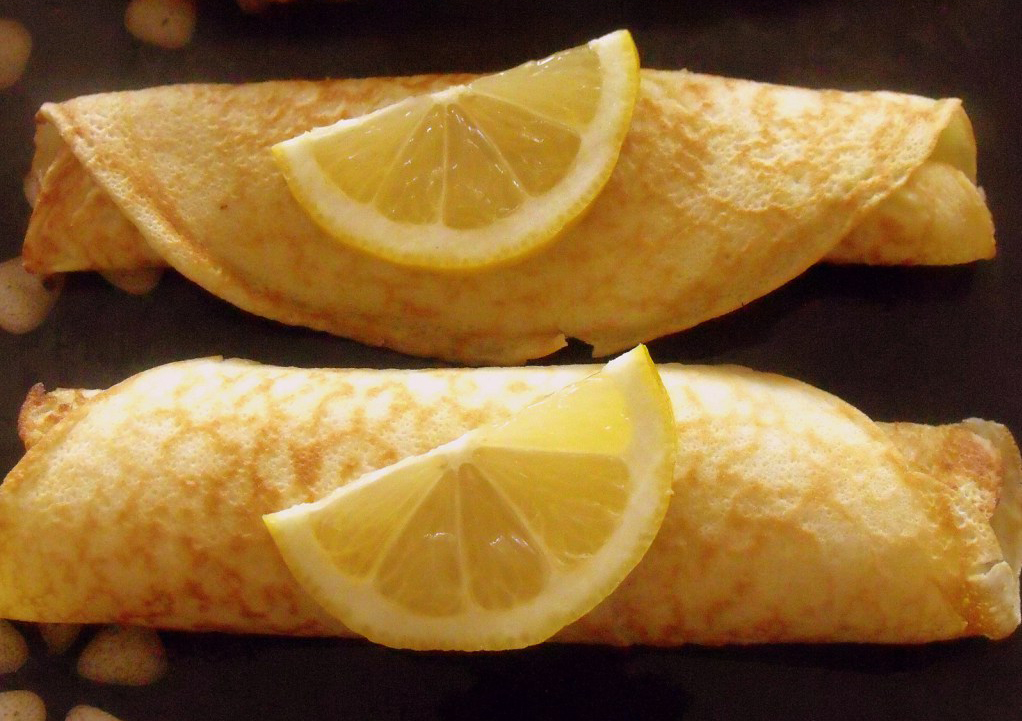 Piety aside, there was a practical aspect to the eating binge brought on by the Pope’s dictum. Foods that were banned during Lent had to be used up or they would spoil. The very last day before Ash Wednesday became known as Fat Tuesday and many nations developed traditions of serving exceptionally rich ritual foods then.

In Germany, fried Fastnacht doughnuts were filled with jam and dusted with sugar. Norwegians ate frosted Fastelavnsboller muffins stuffed with whipped cream. Greeks ate cheese phyllo pies called tyropita and in Italy, it was so important to eat pork that people ripped down their doors and sold them just to obtain it! Russia’s Fat Tuesday was the most decadent: everyone ate copious amounts of small blini – pancakes drenched in melted butter and topped with sour cream and caviar!

In Ireland, the last day before Lent is known as Shrove Tuesday for the custom of confessing one’s sins so as to approach Lent with proper contriteness. In days past, once the church bells began ringing everyone stopped what they were doing and ran off to be shriven. Then, washed clean of sin, the penitents returned home for the traditional Irish Fat Tuesday indulgence – pancakes!

Mind you, Irish Shrove Tuesday pancakes are nothing like the doughy circles swimming in maple syrup one would find at IHOP or McDonald’s. The Normans, who conquered Britain in 1066. and subsequently settled in Ireland as well, introduced the islanders to French foodways, including thin pancake-like crepes. Made from a simple milk-eggs-flour-butter batter, fried quickly in a hot buttered pan, and drizzled with butter, honey and lemon, these Norman treats were much tastier than the heavier local version, and people gobbled them up in such vast quantities that Shrove Tuesday became known simply as Pancake Tuesday.

Cooking the pancake was a tricky business. After the bottom had turned golden brown, the pancake was flipped to cook on the other side. This may sound simple, but proper flipping required tossing the pancake into the air and catching it in the pan before it hit the ground! The flipper’s skill was, of course, measured by how high the pancake flew. 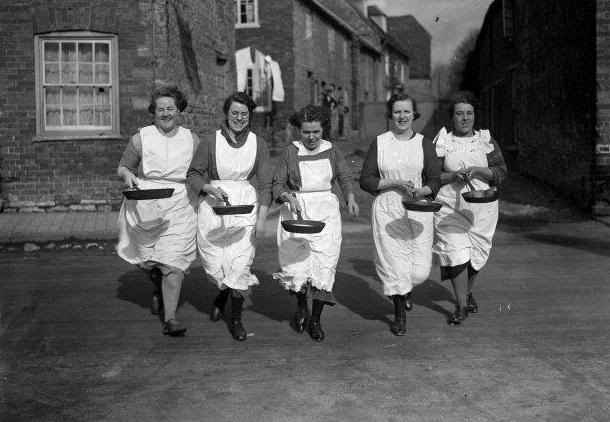 As with other religious celebrations, over the years Pancake Tuesday acquired its own assortment of traditions. “Shroving” was a custom in which children performed favorite songs or recited poetry in exchange for food or money. A less innocent custom was “Lent crocking” in which children traveled house to house asking for pancakes. If none were forthcoming, they threw broken crockery at the door!

The day spawned a few superstitions as well. One reverent belief claimed that the first three cooked pancakes were sacred and represented the Holy Trinity. Each one was marked with a cross, sprinkled with salt to ward off evil spirits, and then set aside to bless the home. Even the pancake recipe had liturgical significance and represented the four pillars of Christian faith: eggs for creation, flour as the mainstay of the human diet, salt for wholesomeness, and milk for purity.

Another more worldly concept was of particular interest to a family’s unmarried daughters. Since marriages were not allowed to be performed during Lent, matchmakers tried mightily to get the young ladies who sought their service engaged to suitable young men before Ash Wednesday. Girls who lucked out tried to increase the possibility of getting married within the year by flipping their household’s first pancake. If their flips were perfect, their chances were good; if their pancakes landed on the ground instead of in the pan it was unlikely that the girls would find husbands any time soon.

While women usually prepared all the family meals, flipping pancakes was not an exclusively female performance. It was, and still is, a fun challenge for everyone attending to participate in, and a prize is sometimes awarded to the person who can flip the pancake the highest into the air and neatly catch it in the frying pan to finish cooking, In these modern times, the old customs and superstitions may have faded, but the appetite for Pancake Tuesday’s tasty treats is as strong as ever. On the day before Ash Wednesday, millions of pancakes will be sprinkled with sugar, rolled up, drizzled with lemon, and eaten with gusto, not only in Ireland, but in homes all around the globe wherever the descendants of Irish emigrants are found. And I’m betting your home will be one of them! Sláinte! ♦

Sift the flour and salt into a medium size mixing bowl and make a well in the center.

Add the eggs, milk, and melted butter and whisk until well combined. Slowly add the water and continue to whisk until the batter is thin and free of lumps.

Melt some butter in a non-stick frying pan over medium heat. When it bubbles, add a half-cup of batter to the pan. Lift the pan and tilt it until the batter has spread to the edges. Return the pan to the heat and let the pancake cook undisturbed. When the bottom is lightly toasted, flip the pancake (use a spatula or, if you’re feeling daring, flip the pancake in the air old-school style) and cook until the second side turns a golden color.

Sprinkle the pancake with granulated sugar, then roll it up like a cigar. Place the rolled pancake on a plate and put it in a warm oven (200º F).

Continue making more pancakes the same way until all the batter has been used. Serve immediately.

Provide your pancake eaters with lemon wedges to drizzle on their pancakes to their preferred tartness. Serves 4.

Not all pantries stock self-rising flour, but it’s easy to make and keep on hand to use as needed.

Whisk everything together. Store in a sealed plastic container until ready to use. Keeps 4-6 months.