Two accomplished Irish artists – a musician and a dancer – are trying to cross over into movies. World-renowned Irish dancer Michael Flatley is putting together a film in Barbados (nice work if you can get it), where he’s also been photographed relaxing on a ship in between shoots. Flatley, now 59 and retired from the rigors of Irish dance for a few years, is planning to not only star in, but also direct and finance what has been described as a spy thriller. Reports also indicate that Hollywood vet Eric Roberts is also on board – the Barbadian ship, that is, as well as the film. 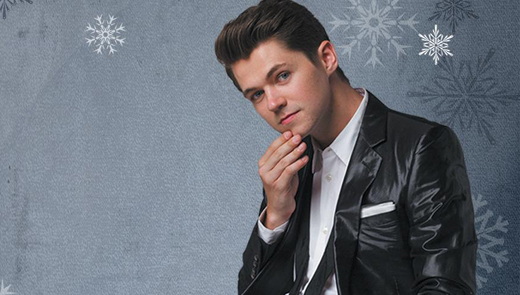 Meanwhile, Derry native Damian McGinty – who won a reality show contest to appear on the Fox TV hit Glee – is slated to appear in the 2018 Christmas film Santa Fake. McGinty will play an Irish immigrant in New York who gets wrapped up in holiday hijinks that take him across the entire U.S. Fellow Glee graduate Heather Morris and Breakfast Club veteran Judd Nelson also star in Santa Fake, which will naturally feature a soundtrack full of McGinty tunes. ♦

The Mara Sisters to Tackle Jesus and the Kennedys