Women in Leadership: Her Place at the Table

The event, titled “Her Place at the Table,” was part of Enterprise Ireland’s trade and investment mission to the United States. The mission focused on boosting the profile of Enterprise Ireland clients and the Irish advantage they bring to U.S. buyers, particularly across banking, construction and life sciences sectors.

Enterprise Ireland is a government agency responsible for the development of Irish businesses abroad and is also officially Europe’s third largest venture capitalist by deal count. 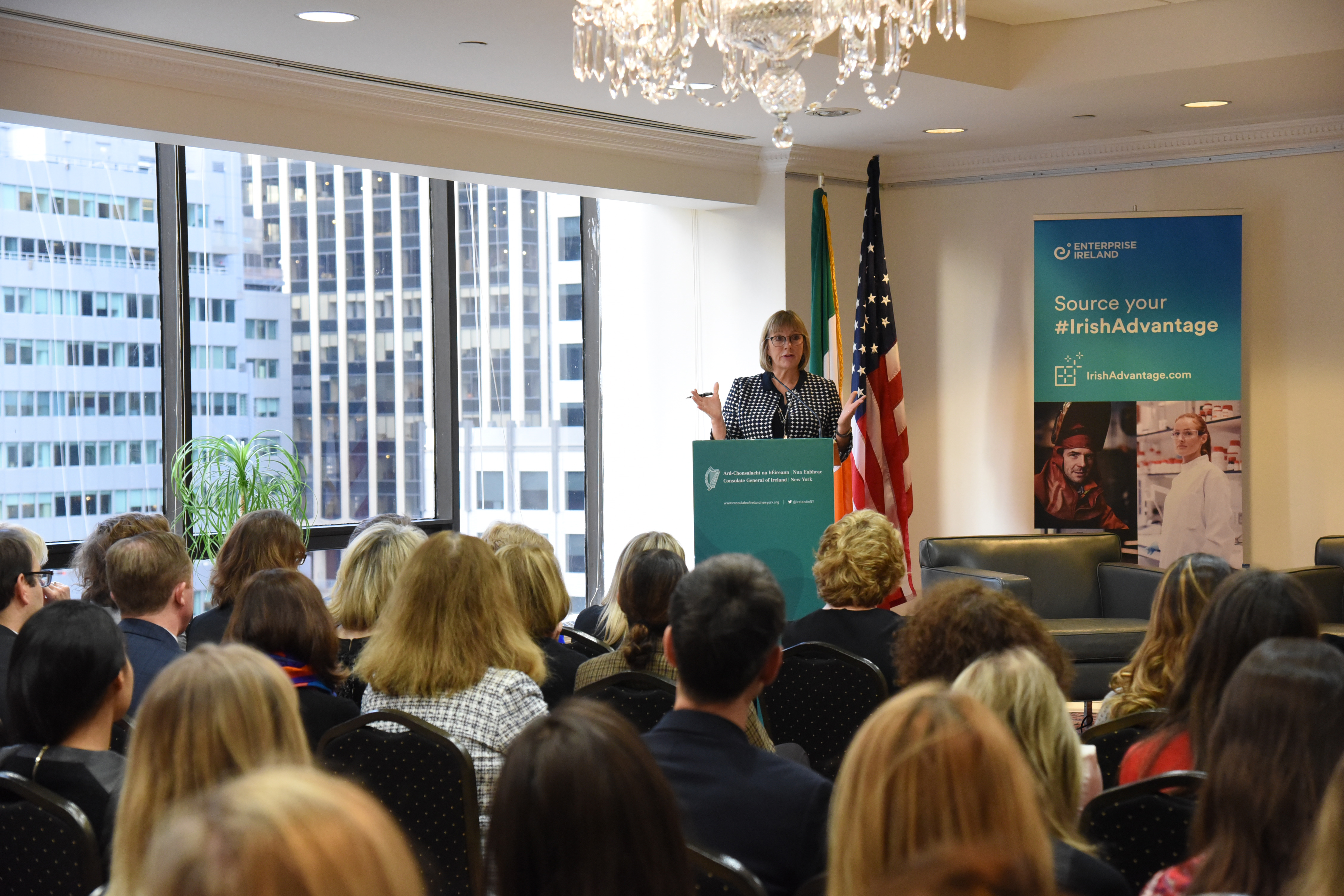 Fitzgerald echoed Sinnamon’s statement during her remarks at the event. “Ireland has made significant progress in empowering women in entrepreneurship, and the establishment of the Enterprise Ireland Female Entrepreneurship Unit was central to achieving our goal of more gender balance in Irish entrepreneurship,” she said.

“I am proud of this achievement and to see that Enterprise Ireland’s investment in female-led companies at €5.5 million in 2016 is at a record high. This strategic investment to support women to realize their full business potential is not only the right thing to do, but is also critical to Ireland’s economic prosperity.”

Ed. Fitzgerald stepped down as Tánaiste on November 28 following uncorroborated allegations of interference with a Gardaí whistleblower investigation and calls from the opposition party for a snap election that would have jeopardized the country’s stability.