In 2015, 288 of the Waterford Crystals will debut the new “Gift of Fortitude” design, “utilizing diamond cuts on either side of a crystal pillar to represent the inner attributes of resolve, courage and spirit necessary to triumph over adversity,” according to the Times Square Alliance.

Waterford Crystal and Philips Lighting first collaborated on the 2000 redesign of the ball for the turn of the millennium, but the ball has gone through seven redesigns and material changes throughout it’s 110-year history. Here are some more facts you may not know about the Times Square New Years Eve Ball, courtesy of the Times Square Alliance (timessquarenyc.org): 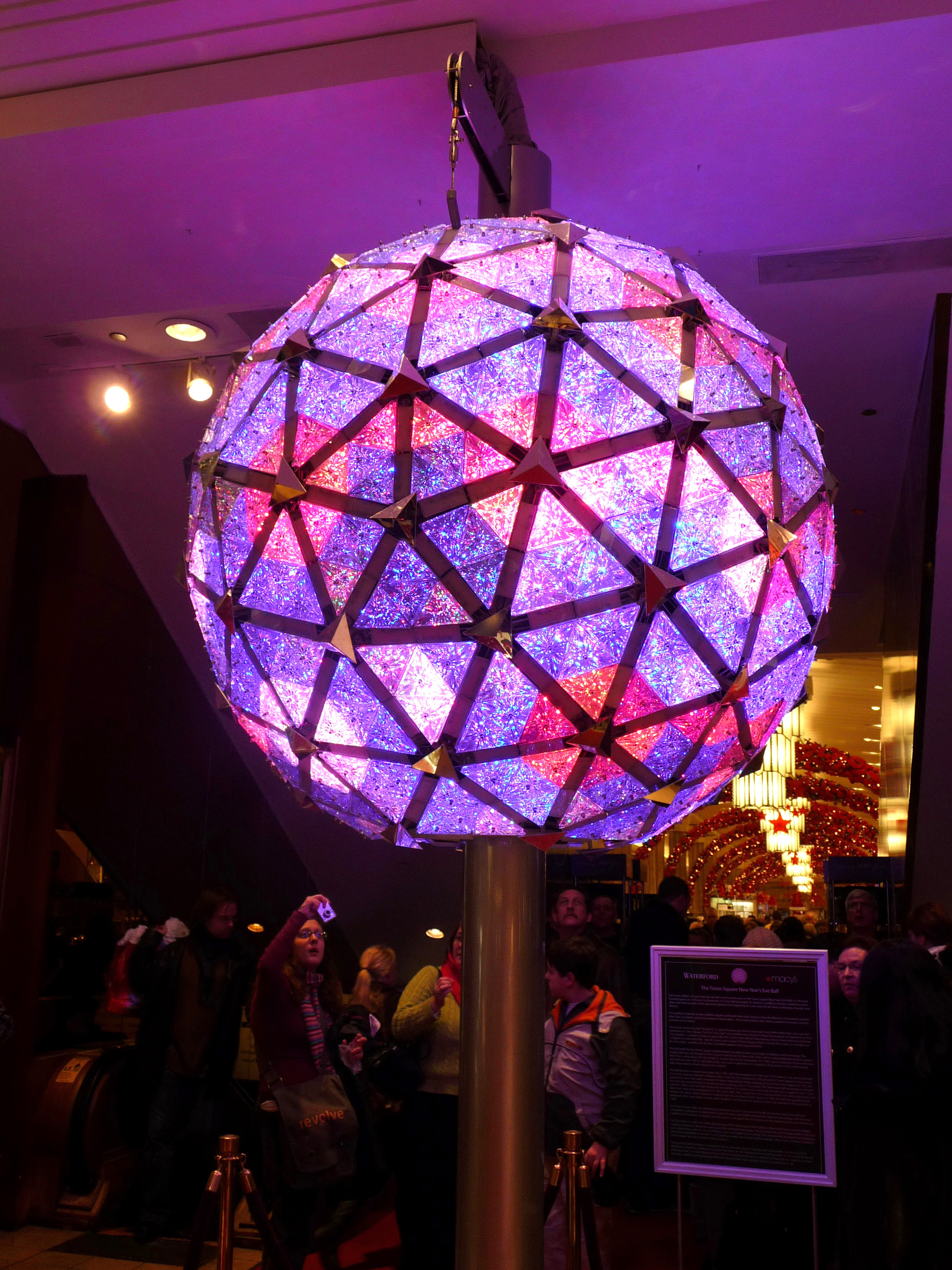 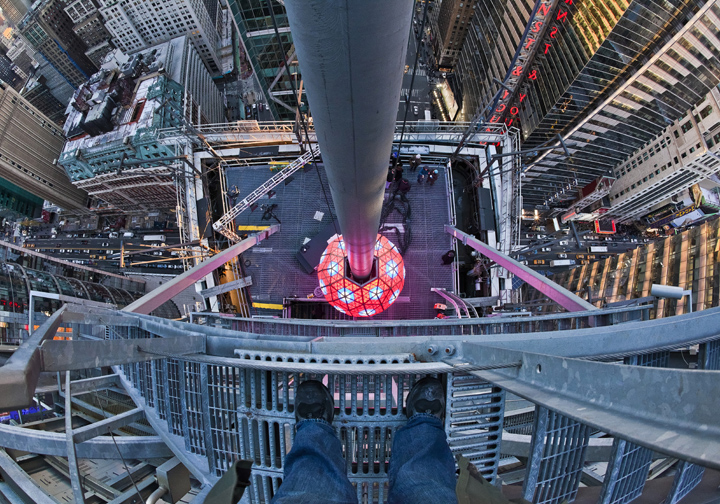 The 2,688 Waterford Crystal triangles are bolted to 672 LED modules which are attached to the aluminum frame of the Ball. 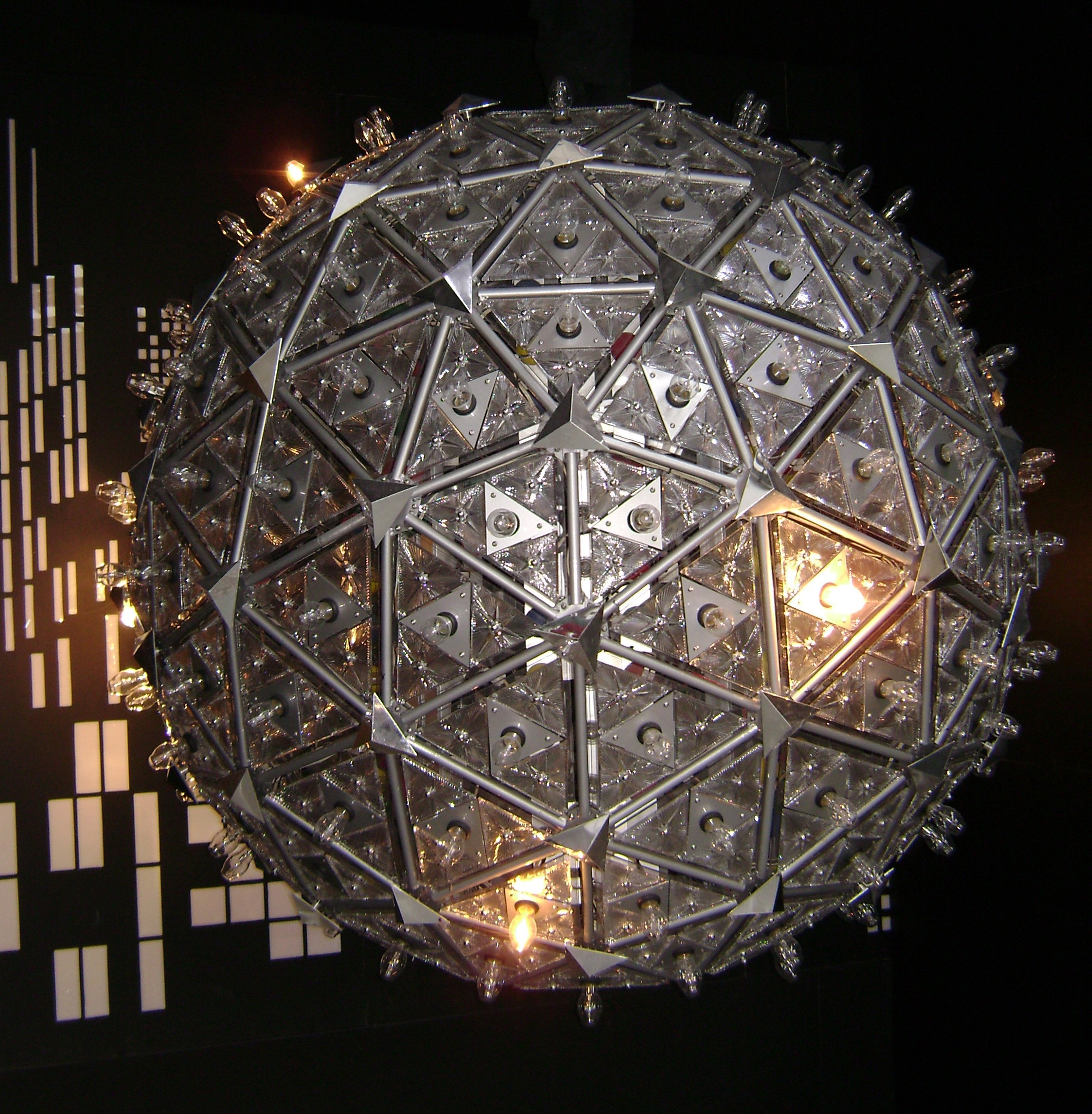 The Times Square Ball designed for the new millennium in 2000, on display at the Waterford Crystal Factory. (Photo: Hunter Kahn / Wikimedia Commons)

Each LED module contains 48 Philips Luxeon Rebel LEDs – 12 red, 12 blue, 12 green, and 12 white for a total of 8,064 of each color, making the ball capable of creating a palette of more than 16 million vibrant colors and billions of patterns. 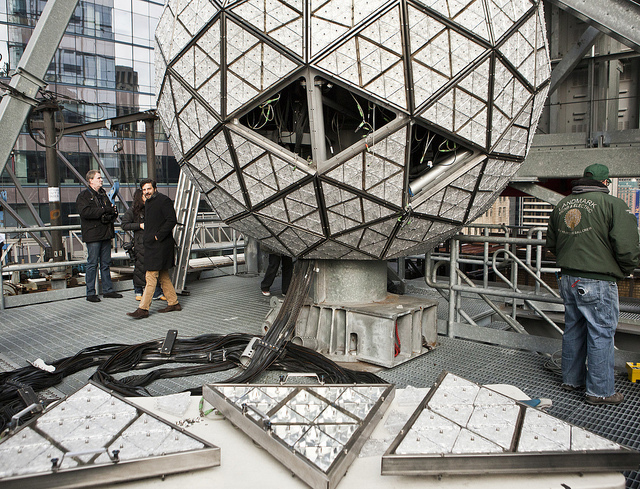 The Ball has been lowered every year since 1907, with the exceptions of 1942 and 1943, when the ceremony was suspended due to the wartime “dimout” of lights in New York City. 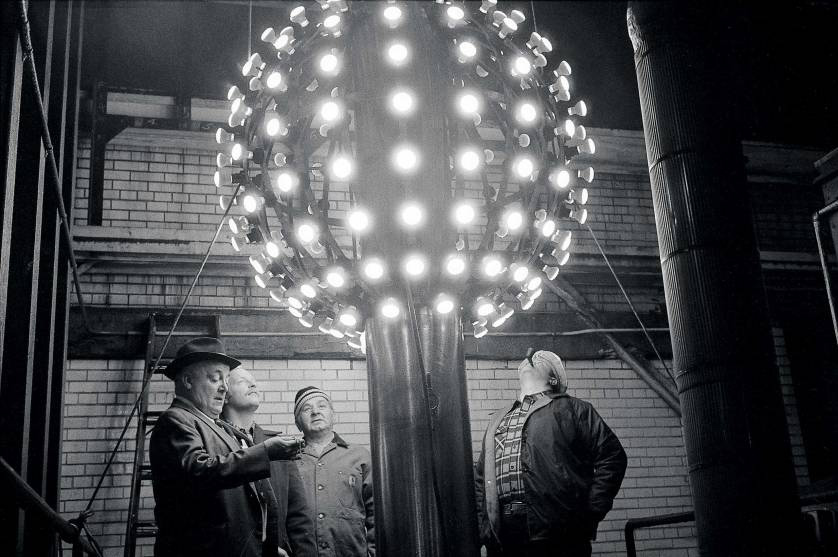 Technicians eye the new improved New Years ball in 1978. This version, which had halogen lamps for higher visibility, replaced a six-foot ball that had ordinary light bulbs. The lowering of the ball, which takes one minute, is down a 77-foot flagpole on top of One Times Square. (Photo: Chester Higgins Jr. / The New York Times Photo Archives)

The first New Year’s Eve Ball, made of iron and wood and adorned with one hundred 25-watt light bulbs, was 5 feet in diameter and weighed 700 pounds. It was built by a young immigrant metalworker named Jacob Starr, and for most of the twentieth century the company he founded, sign maker Artkraft Strauss, was responsible for lowering the Ball. 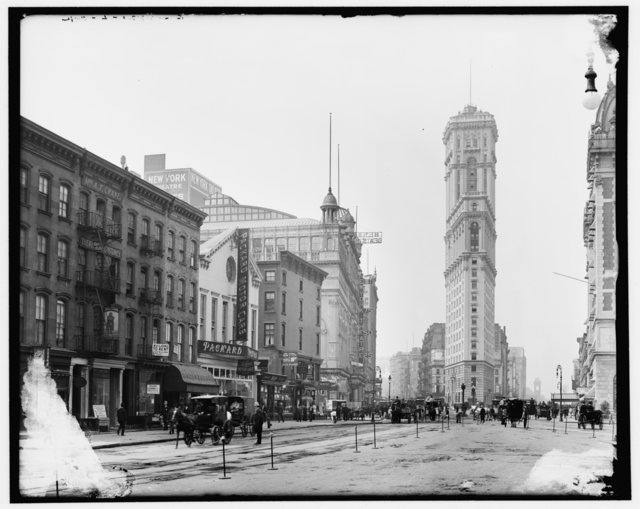 In 1920, a 400 pound Ball made entirely of wrought iron replaced the original. 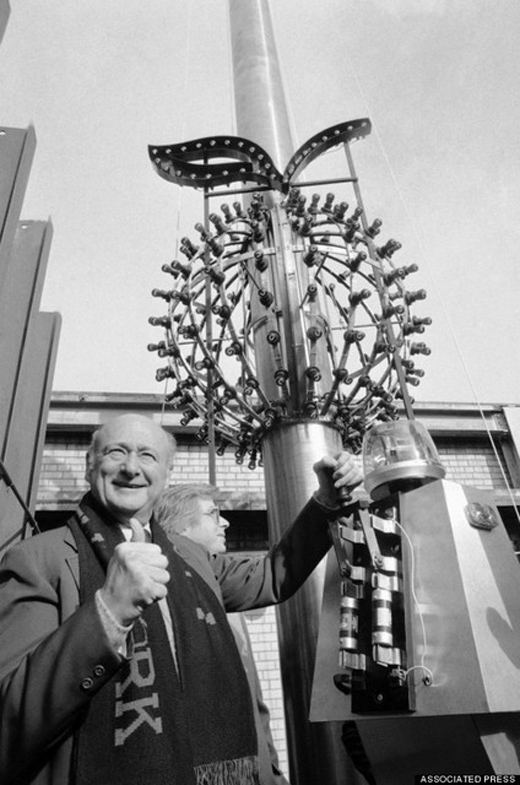 In 1955, the iron Ball was replaced with an aluminum Ball weighing a mere 150 pounds. This aluminum Ball remained unchanged until the 1980s, when red light bulbs and the addition of a green stem converted the Ball into an apple for the “I Love New York” marketing campaign from 1981 until 1988. 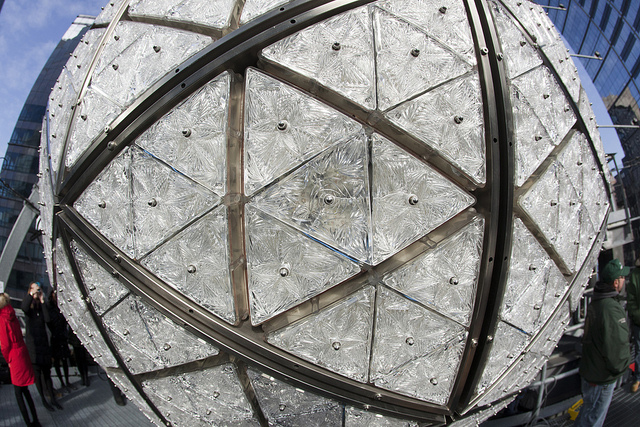 The first “time-ball” was installed atop England’s Royal Observatory at Greenwich in 1833. This ball would drop at one o’clock every afternoon, allowing the captains of nearby ships to precisely set their chronometers (a vital navigational instrument).

Around 150 public time-balls are believed to have been installed around the world after the success at Greenwich, though few survive and still work. ♦