Castle Island in Roscommon's Lough Key, once the stronghold of the MacDermot clan.

A county that is rich in beauty and many historical sites.

The third largest of Connacht’s five counties, Roscommon is also the province’s most water-logged. Three-quarters bound by fresh water, it contains the longest stretch of the River Shannon of all 10 counties through which it flows. Quiet country roads, delightful views over undulating countryside dotted with lakes, streams, hills, and forests, and plenty of historical and archaeological sites await the Roscommon visitor.

The county gets its name (in Irish Ros Comáin, meaning “Coman’s woods”) from St. Coman, a bishop who founded a monastery on the banks of the River Suck that became a noted place of learning in the early part of the eighth century.

The land is rich in pasture that provides prime grazing for cattle and sheep, but given that the county is practically surrounded by water, it’s not surprising that Roscommon is known for its river and lake fishing.

Anglers from all over Europe come here for trout and pike fishing on Lough Ree, the River Shannon and the River Suck. In fact, the World Pike Fishing Championship was held on Lough Ree in October. 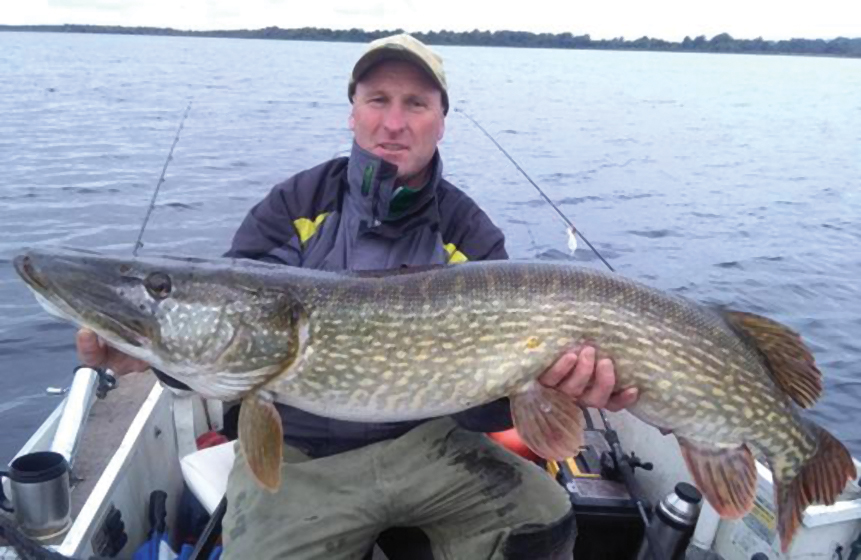 The River Suck, flowing along the western side of the county, is the main tributary of the River Shannon. At 65 miles long, it forms the border between Roscommon and Galway, meeting the Shannon just south of the village of Shannonbridge, which gets its name from the bridge connecting County Offaly and County Roscommon.

From here you can enjoy a one-hour cruise, taking in not only the spectacular natural beauty of the River Shannon, but views of Clonmacnoise, Europe’s most highly regarded monastic site.

Founded in 544 by St. Ciarán, a young Roscommon man from  Rathcroghan, this sixth-century site is home to three high crosses, a cathedral, seven churches, and two round towers.

While Clonmacnoise is actually located on the Offaly side of the river, Roscommon itself sports some of Ireland’s best examples of early medieval architecture.

Donamon Castle (Dún Lomáin), set in one of the most beautiful sections of the Suck Valley region near Roscommon town, is one of the oldest inhabited buildings in Ireland. Mentioned in the Annals of the Four Masters for the year 1154, Donamon was once the seat of the Ó Fionnachta chief of Clann Chonnmhaigh. Destroyed and rebuilt over centuries of warfare, it was taken over, in 1932, by the Irish Republican Army (IRA) who set up an IRA training camp on the grounds.

Today it is enjoying one of the most peaceful times in its ancient history. 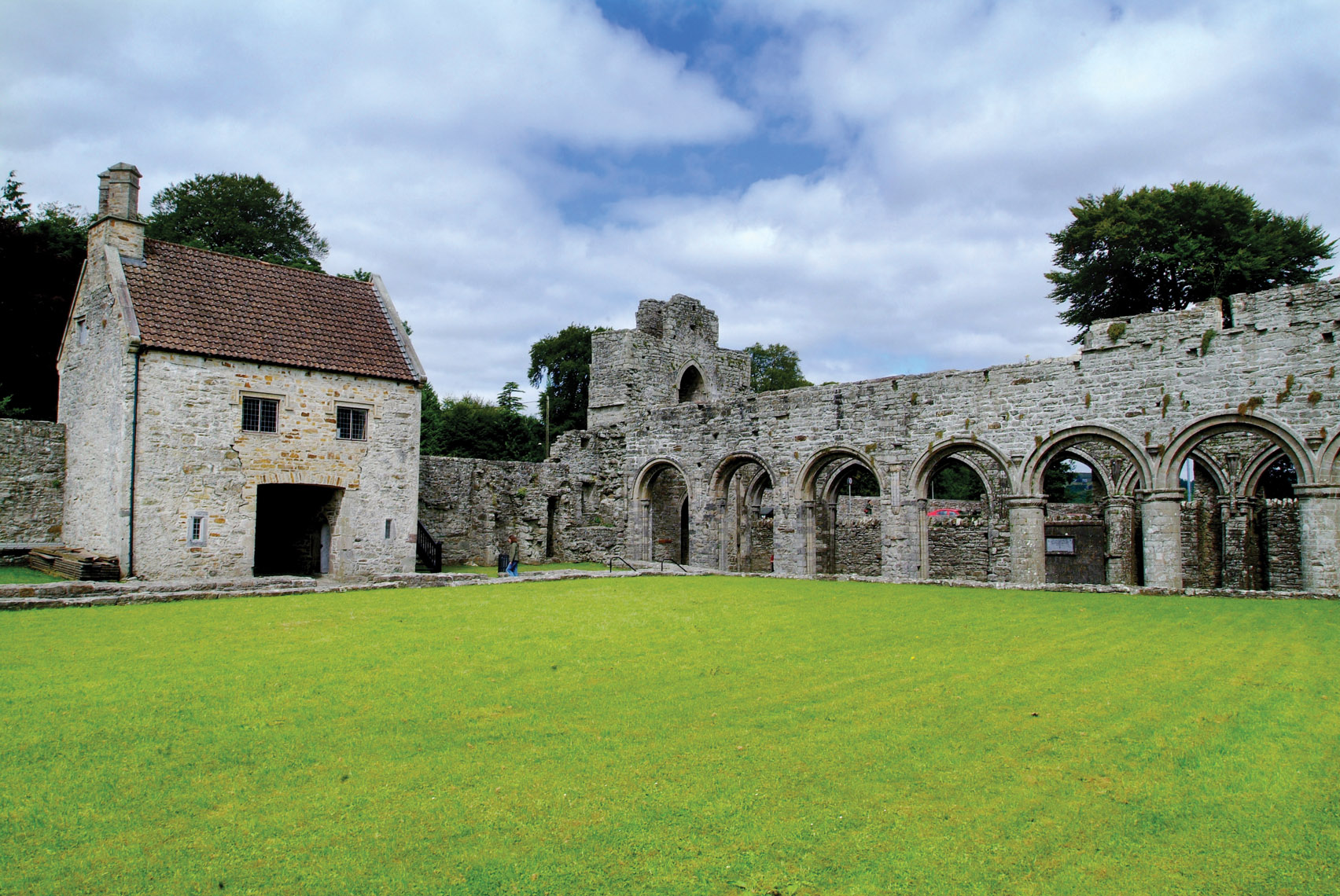 Boyle Abbey is an impressive and well preserved Cistercian monastery founded in the 12th century.

The Divine Word Missionaries (the largest missionary congregation in the Catholic Church) bought the castle from the Irish State in 1939, and it is still their home, though their numbers have greatly reduced. The former seminary is now occupied by Cuisle, a popular vacation resort run by the Irish Wheelchair Association for people with disabilities.

Another popular medieval destination in Roscommon is Boyle Abbey, regarded as the finest examples of a Cistercian church to survive in Ireland. Situated at the foot of the Curlew Mountains and near Lough Key, the Abbey is now a national monument in state care and admission is free while restoration work is being carried out. You can take a guided tour or walk on your own around the immense stone compound dating from 1160. There are Gothic arches, soaring towers and massive chimneys all still intact. And if you chose to stay in Abbey House, right under the walls of the monastery, you can see the river in the morning without ever leaving your bed. Or you can take an early morning stroll to the town and delight in the old world charm of its country shops and pubs. 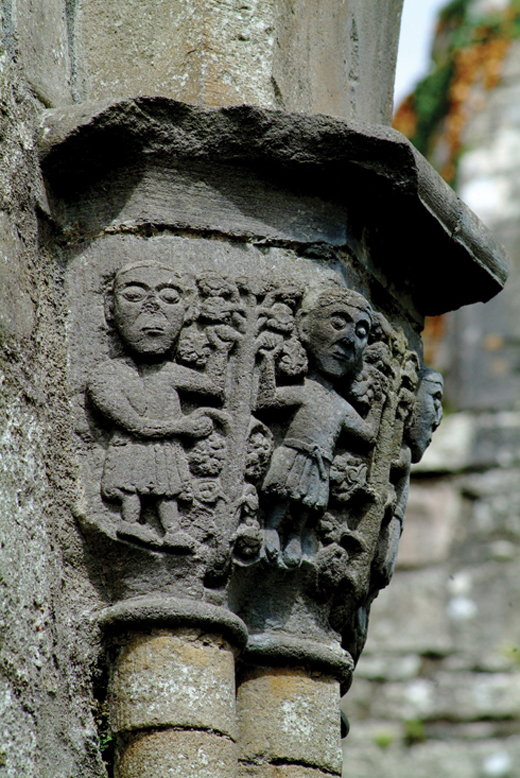 A gargoyle on the wall of Boyle Abbey.

King House, an early Georgian mansion, built around 1730 for Sir Henry King whose family was one of the wealthiest in Ireland at the time, serves as the cultural center of the town. It boasts fascinating exhibitions on the history of the area. The “Gaelic Ireland” collection tells the story of Boyle before the arrival of the King family, when the Mac Diarmada (MacDermots) were the ruling dynasty. The clan held sway from the 10th through the 16th centuries, ruling from a stronghold called The Rock on Castle Island in what is now Lough Key Forest Park. Today, the island is home to a 19th-century folly castle built by the King family, and the park, encompasing most of the King family’s former estate, is a popular visitors attraction, featuring wooded trails, a canopy walk through the trees, ziplining, an indoor activity center, and modern lookout tower. 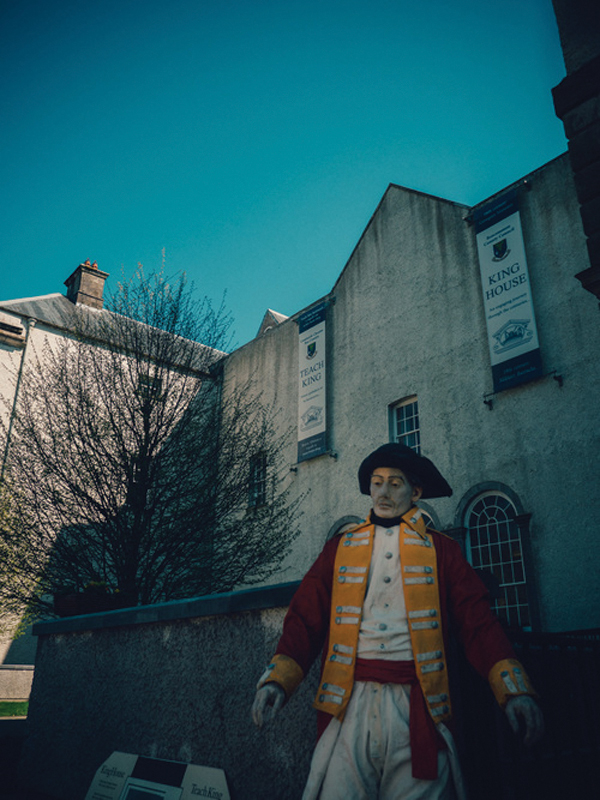 King House, located in Boyle, is a museum to the Connaught Rangers and serves as a historic and local cultural center.

The MacDermots were a lively bunch by all accounts. In ancient Ireland cattle raiding was a seen as a sport to show off one’s prowess and gain wealth, and the Gaelic Ireland exhibition shows the clan enjoying a feast in celebration of one such successful raid. History records that huge caskets of wine were opened with an axe blow and the wine flowed freely while the clan feasted on wild boar, venison and beef roasted on a great fire.

The Battle of the Curlews Pass, another major incident, fought between English soldiers and Irish forces in 1599, is also covered in the exhibition.

In the 19th century, the house served as a base for the Connaught Rangers, and the history of the regiment is explored. Maureen O’Sullivan, the Hollywood star whose father was an adjutant in the Connaught Rangers is also featured. The family lived three doors down the street, where the film legend was born. O’Sullivan is perhaps best remembered as Jane Parker in the Tarzan films of the 1930s. Her daughter, Mia Farrow, has made many visits of Boyle.

The queen of the jungle is not the only actor to come out of Boyle, Chris O’Dowd (Bridesmaids, The IT Crowd) also grew up here.

Other famous Roscommon people include Douglas Hyde, Ireland’s first president. The songwriter Percy French (“The Mountains of Mourne,” “Are Ye Right There Michael”), was a proud Roscommon man who gained international fame. An annual summer school is held in his honor in nearby Castlecoote.

French and Matt Molloy of the Chieftains, are just two of many musicians to come from Roscommon, where traditional music has a rich history.

While Boyle is worth a longer visit, especially in August when the town holds a heritage festival every August with music, dancing, and street entertainment, there are many popular stops en route through Roscommon. 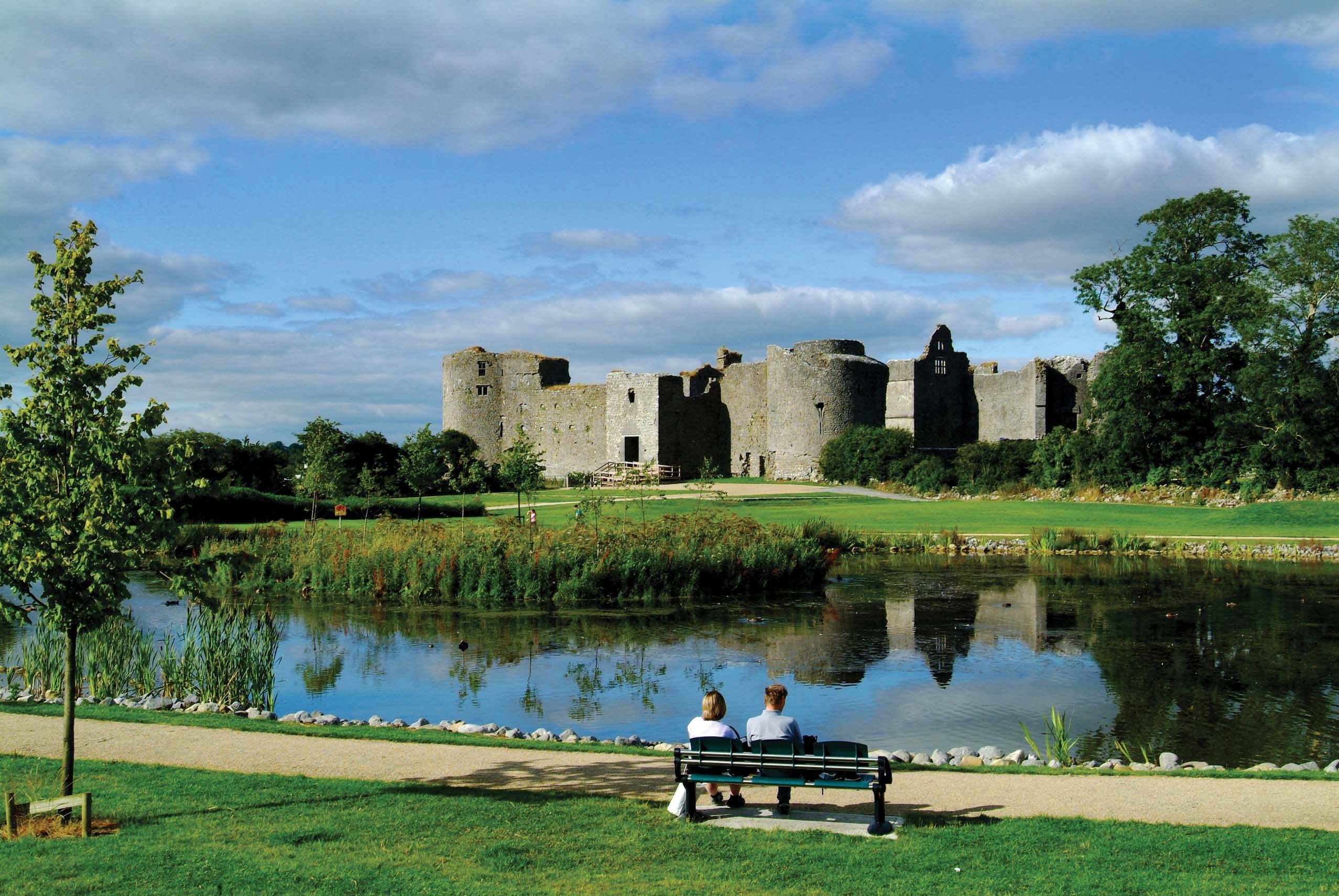 Roscommon Castle, to the north of the town, was built by the Normans in 1269. Four years later, it was captured by the Irish and razed. It was rebuilt in 1280.

Ballintober, home of the St. Ciarán, contains the remains of a stone castle first mentioned in writing in 1311; and at Tulsk, the village between Strokestown and Bellanagare, you’ll find the remains of a Dominican abbey founded in 1433. Three miles to the west is a small steep-sided hill that is reputed to have been the residence of Queen Maeve. And nearby, Relig na Ri, the burial ground of the kings, and Rath na dTarbh “fort of the bulls,” deserve a visit.

And no trip to Roscommon would be complete without a visit to Roscommon Castle, the imposing 13th century Norman ruin located on a hillside just outside Roscommon town. The castle, which defended the town until it was finally taken by Cromwell’s troops in 1652, is open to the public. Alas, there is no access to the towers. However, there is a beautiful park with walking trails adjacent to the castle. The park includes a crannog (an ancient fortified dwelling), known locally as the Hill o’ Bones, a turlough (disappearing lake), a wildflower meadow, bird walk, children’s playground, and car park.

Finally, for those hoping to uncover their ancestors’ pasts in their foray through Roscommon, the County Roscommon Heritage and Genealogy Centre, located in Strokestown, is worth a visit. The center contains a display of ancient artifacts from the region and presents an audiovisual show on the history and heritage of the county. It also provides a research service (for a fee) for people with Roscommon roots wishing to trace their ancestors. But as with any trip to Ireland, perhaps it’s best to leave your trip up to the travel gods and take the journey as it unfolds. You won’t be disappointed. ♦