The word “clock,” one of the oldest human inventions, is derived from the Celtic words clagan and clocca, meaning “bell” (clog in modern Irish), so it’s only fitting that the Irish are having a major impact on the world of watchmaking, traditionally dominated by the Swiss.

There is a revolution happening in Ireland – a horological revolution. Horology is the study of time and the instruments that measure time. When you think of Ireland, you usually don’t associate the country with the production of luxury watches and watchmakers. However, two brothers from Athlone, Stephen and John McGonigle, and Belfast’s Stephen McDonnell, are bringing Irish ingenuity and revolutionary passion into the Swiss dominated luxury watch sector.

The McGonigles came to watchmaking through their father, Johnny McGonigle, a horological hobbyist whose passion ignited a fire in his sons. As the boys got older, their father, a compositor for the Irish Times, encouraged them to pursue watchmaking as a career. John and Stephen attended the Irish Swiss Institute of Horology in Blanchardstown, Dublin, a now defunct watchmaking school set up by the Swiss watchmaking industry. After graduating from the institute in 1996, Stephen was hired first at Somlo Antique in London, and then at Christophe Claret in Switzerland where he developed prototypes for various complications like tourbillons and minute repeaters. He went on to work for Breguet and other high-end watchmakers. John also worked for powerhouses of haute horology, such as Audemars Piguet, the makers of the increasingly popular Royal Oak, and Christophe Claret.

It was John who first made the move back to Ireland in 1999. Having already developed a reputation as an atelier, he found work developing and creating complications for other companies. In 2003, Stephen followed in his brother’s footsteps, and began to set up a workshop in Dublin while at the same time operating out of Neuchatel, Switzerland. 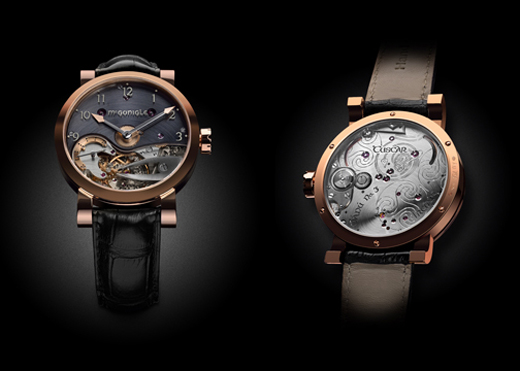 Face and reverse views of McGonigle’s Tuscar Bánú timepiece in rose gold, one of a limited 20-piece collection.

They started their own company in 2006 and since then they have released three watches, the Tourbillon, the Tuscar, and the most recent model, the Ceol.

A tourbillon is originally a French-made complication. Abraham-Louis Breguet came up with a mechanism in 1801 that would fight against the negative effects gravity has on a watch’s balance wheel. The brothers wanted their Tourbillon to feature the elements that they loved and respected in the masterpieces, and they wanted to add something of their own, something distinctly Irish.

The crown of the McGonigle’s watch spells out “TIME” in ogham, the ancient Irish script, and the back, or the mainplate, is engraved with a Celtic pattern inspired by sea birds and waves that their sister, Frances, an artist whose work has been featured in private and public collections around the world, designed.

After showcasing the Tourbillon to collectors, the brothers decided to develop an archetypal base to work off for their future watches. The Tuscar, named after the Tuskar Rock lighthouse of the coast of County Wexford that is often described as the first glimpse of Ireland, was born and released in 2011 as a series of 10 in white gold. After the first series sold out, the brothers produced Tuscar Bánú. The movement, the MCG01, the first time-only watch developed in Ireland with an in-house hand-wound calibre movement, comes in two variants: 20 watches were made in rose gold and an additional 20 were made in white gold. Like the Tourbillon, the Bánú was a success, and the brothers decided to challenge themselves even further and develop and create their own minute repeater, a highly complicated mechanism that is reserved only for master watchmakers to develop and create.

The Ceol was born. Ceol is the Irish word for “music,” and a minute repeater the brothers developed “sings” as its hammers strike against a gong that chimes out the hours, quarter hours, and minutes. While the Ceol features one of the most sophisticated complication in horology, the watch still harkens back to the brand’s roots with its detailed hand finishings. The crown (and the bog oak box the watch comes in), is engraved and detailed with “McGonigle” and “Ireland” in ogham, the back of the movement has a Celtic design of ravens that was also designed by the brother’s sister Frances. Stephen McGonigle has been developing the series of 6 unique pieces over the past three years.

Just as the McGonigle brothers have developed master watchmaker level complications and calibres, Stephen McDonnell, a Belfast native, has done the same with the MB&F Legacy Machine Perpetual. Like the McGonigle brothers, Stephen had a relative introduce him horology. “When I was four or five, my grandfather discovered a broken clock that had been lying in his attic for many years. I loved it so much that I used to plead with my mother every day to take me to visit my grandparents, just so I could ‘play’ with this old clock,” McDonnell says. He got to a point where he could disassemble and reassemble the clock and a local clockmaker not only gave him the parts to make it come alive again, he showed him how to fix the clock. “I still remember clearly the first time I got it to tick properly,” he says. 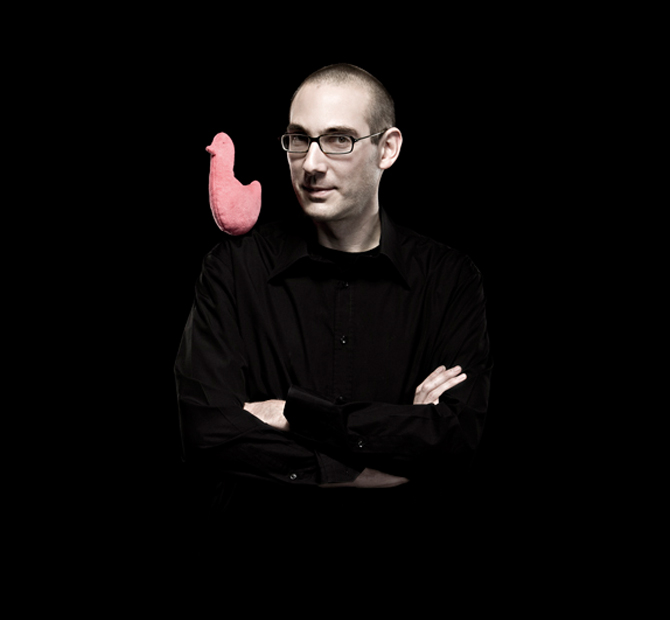 Back then, McDonnell didn’t know that watchmaking could be an actual career, but after obtaining a degree in theology at Oxford University, he decided to follow his passion. In 2001 he completed a six-month Swiss watchmaking training program and was asked to stay on and teach after he graduated. Later, McDonnell, who specializes in designing movements and mechanisms, became in involved with Swiss watchmaking brand MB&F in 2007 when he helped founder Max Büsser by retouching the parts needed for the company’s first release, the HM1, when the company was running out of money and time. Four years later, in 2011, MB&F had made a name for itself as a company that challenges traditional watchmaking techniques, and when Büsser heard that McDonnell wanted to revolutionize the perpetual calendar complication, he asked him to take the helm on the new watch for their Legacy Machine series.

A perpetual calendar complication is one of the most difficult complications to construct, let alone to change the way they are designed. Perpetual calendars display the date and automatically correct the months that have less than 31 days, factor in leap years, and only have to be corrected once every century. The earliest example known was made by master watchmaker, Thomas Mudge in 1762 but there are older clocks that have a very similar complication.

McDonnell’s design features 28 teeth and a mechanical processor that adds in the extra days you need for each month, and then retrogrades from the last day of each month to the first day of each month, thus changing the way perpetual calendars work. His processor also allows the owner to correct months and years where previously you would risk breaking the mechanism all together. For McDonnell to change the way masters like Mudge and Abraham-Louis Breguet made their perpetual calendars was a major technological feat, and he won praise from horologists on a global scale. His biggest fans are the McGonigles. “Stephen is one of the finest watchmakers alive. Most people (even watchmakers) will never appreciate just how incredible that watch really is,” said Stephen McGonigle.

These three Irishmen have made their mark on the world of horology, and their work will be talked about long after we’re gone. ♦

Ed. This article, which appears in the December / January 2018 issue of Irish America, has been updated since its original publication. Dave Lewis