More than 27,000 fans turned out in Fenway Park for a 2015 exhibition match between Galway and Dublin. (Photo: Boston Globe)

Does adapting the game for American viewers ruin the traditions of the ancient Gaelic sport?

The Gaelic Players Association is an Irish not-for-profit organization that was created to advance the welfare and to protect the interests of the athletes that participate in Gaelic games at the county level. Since 1999, the GPA has fought for player’s rights and their well-being and have developed scholarships for players that want to pursue higher education. The GPA’s influence has reached out to the United States as well. In 2011, the GPA established a United States advisory board and in 2012, after the devastation that Hurricane Sandy brought to Breezy Point, sent a group of players that helped to rebuild one of the largest Irish-American communities in the United States.

A few months later, in 2013, the GPA brought over two teams of some of the best hurlers that Ireland had to offer to play an alternate version of hurling called Super 11s at the University of Notre Dame. The most recent attempt to attract an American audience to hurling took place at Fenway Park in Boston in 2015. A second game has been announced and will be played at the park later this year. While the GPA means well to spread hurling to a new audience, their efforts miss the mark as they promote a game that not only takes away the traditions of an ancient game, but takes away the culture of the game that helped Irish emigrants and their children feel more at home in the United States dating back to the 1850s. 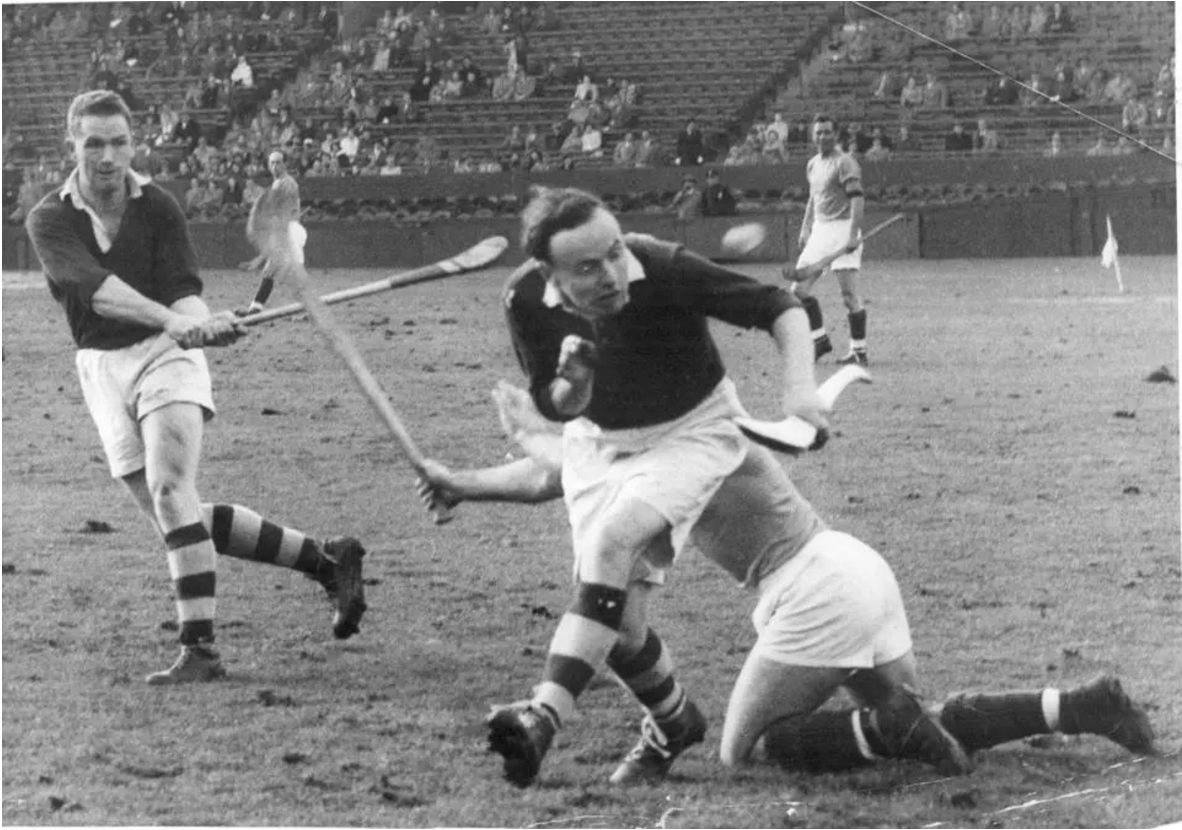 Prior to 2015, the most recent hurling game at Fenway Park was an exhibition match between Cork and a team of all-Americans in 1954. The Americans lost 28-37. Boston Globe writer John Ahern described the sport for unfamiliar Bostonians as a “combination of field hockey, lacrosse, and mayhem.” (Photo: Russ Adams / Boston public Library-Herald Traveler Collection)

Super 11s was developed by Donal Óg Cusack, a former Cork goalkeeper and the former GPA chairman, to create a “more accessible” version of hurling to bring to the U.S. This modified version is played on a soccer pitch with soccer goals. There are no uprights and players are only allowed to shoot for goals (which range from 1-5 points, depending on where the player is on the pitch at the time of the shot). The game is played with a baseball equivalent of a sliotar and consists of four periods rather than two 35-minute halves. Any sports fan will recognize that these rules for Super 11s were introduced as the GPA wanted to use American sporting archetypes to attract Americans to play the game. But these changes are not necessary because the game of hurling has already been played in the United States for over 150 years and is gaining an even larger American audience year after year. 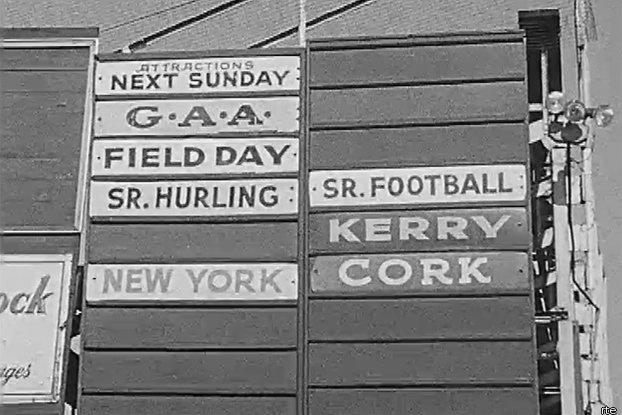 Gaelic Park, 1965, shows the New York hurling team up against an unnamed competitor.

The game of hurling in the United States can be traced back to the 1770s. The earliest reference to the sport is a document in which it advertises an exhibition of the sport by Irishmen in the British Army, prior to the Revolutionary War. The Hoboken Hurling Club cites their inception to a story where Irish immigrants challenged the founders of baseball to a game of hurling in the 1850s. During the early 20th century, various Gaelic games parks popped up throughout the United States, especially in major cities like New York and Chicago. Why would the GPA not play the traditional games of hurling that the Irish have played for centuries? The “Americanized” version of hurling is an insult to those Irish Americans who have been playing the sport for generations and ignores the established organizations that continue to spread the sport in the United States.

There is already an audience of thousands of Americans that play the traditional game of hurling on a daily basis. I started playing the game of hurling and participating in the development of the game in New York four years ago, a month after Super 11s was first played. I fell in love with the sport as it gave me an opportunity to connect to my family’s Irish past while at the same time enabling me to exercise, to compete against other people that were also passionate about their ancestry and culture. I am not the only one who was attracted to the game this way. Many Americans, not just ones with Irish ancestry, play the traditional game with the help of currently-established hurling organizations. The GPA would be wise to utilize the enthusiasm and the growing manpower of these clubs in order to promote the conventional game in order to foster the growth of hurling while simultaneously keeping the Irish traditions alive. ♦  Dave Lewis

5 Responses to “Last Word:
Hurling’s U.S. Rules Are Bad for the Sport’s Success”