A new photo exhibition on Samuel Beckett, an epic painting series on display, and a musical extravaganza about Ireland's poet patriots are all coming up. (Photo: John Minihan)

Ireland’s Poet-Patriots: A Musical History, which premiered last year in San Francisco to correspond with the centenary of the 1916 Rising, is coming to Washington, D.C.’s National Cathedral on October 12. The one-night performance will illuminate 140 years of Irish history, featuring the inspired words of 12 Irish poets and patriots set to music by American composer Richard B. Evans. There will be special participation by Daniel Mulhall, Ambassador of Ireland to the United States, who will act as one of the evening’s narrators. 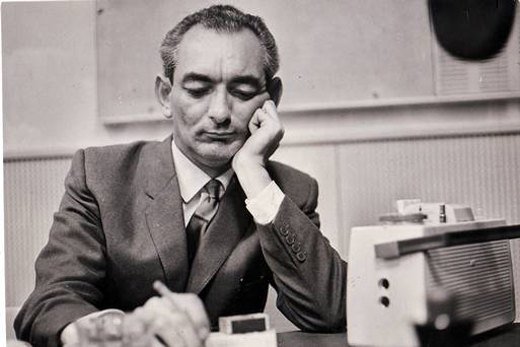 Brian Friel’s play The Home Place, directed by Charlotte Moore, now in previews at the Irish Repertory Theatre, will open this week and run through November 19.

Ireland’s best know dramatist (Dancing at Lughnasa, Translations, and The Faith Healer), passed away in 2015 but his work lives on. Over the years, the Irish Rep has produced eight of Brian Friel’s plays, and now The Home Coming (2005), one of his later plays, is having its New York debut on the theater’s main stage.
“The Home Place belongs at Irish Repertory Theatre,” says Moore in a press statement. “We have a long and loving history with Friel, and we are very proud to add this evocative, timely play to our repertoire.”
Set over the course of a single day in rural Donegal in 1878, the play explores love in the time of colonialism.  A widowed man and his son, both in love with their housekeeper, and a doctor who arrives in Ballybeg with the intention of pursuing a Darwin-inspired scientific theory, by measuring the craniums of the indigenous locals, are at the center of the story.

The Home Place began previews on September 27 and will run through November 19. For tickets call 212-727-2737 or visit www.irishrep.org. 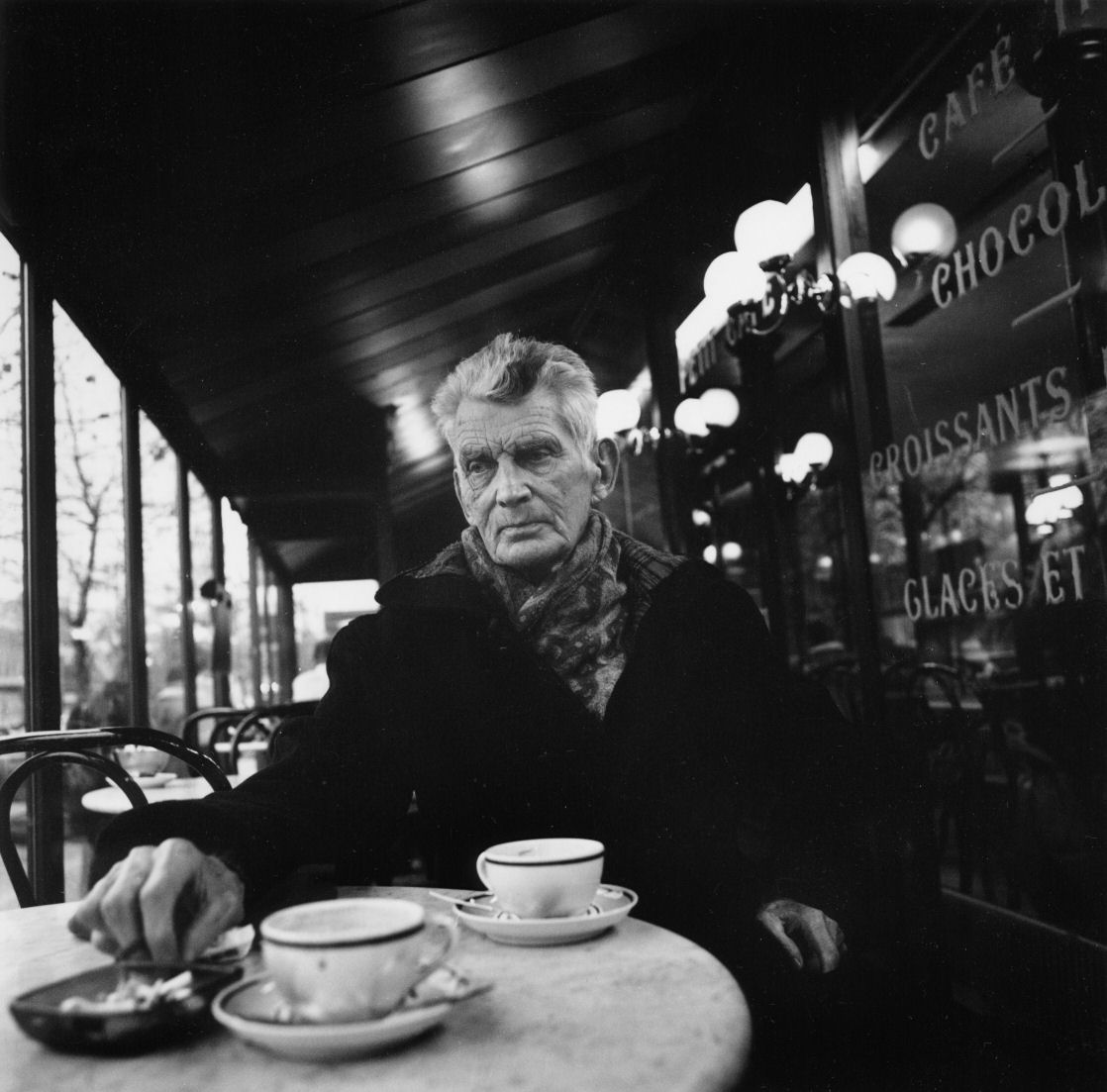 Samuel Beckett. His publisher described the photo as “the introspective, infinitely sad gaze of a man looking into the abyss of the world’s woes.” (Photo: John Minihan)

An exhibition featuring Dublin-born photographer John Minihan’s black and white portraiture of Samuel Beckett and those he worked with in his lifetime, opened at the Irish Arts Center in New York in September. Minihan first expressed interest in photographing Beckett after the playwright won the Nobel Prize for literature in 1969, noting that all available pictures of Beckett were low in quality: “It was like he didn’t exist – that was the moment I decided I wanted to meet this man and take his photograph.” They first met in 1980, and some time later, Minihan took his best-known photograph of Beckett (left), a candid shot in a Parisian cafe that appears on the cover of Minihan’s 1995 book of Beckett photos. Publisher John Calder credited Minihan with capturing “the introspective, infinitely sad gaze of a man looking into the abyss of the world’s woes.”

“We talked until 4:50 p.m. He mesmerized me,” Minihan told the Guardian about the photo. “Daylight was quickly disappearing and I thought the moment had passed. Then Sam said: ‘John, would you like to take a photograph?’ I got out my Rolleiflex and took three frames. They turned out better than I expected because Sam directed the whole scene. He wanted it to say: ‘This is who I am.’”

“John Minihan: Beckett and his World” is on view through December 15. For more information visit irishartscenter.org/event/john-minihan. 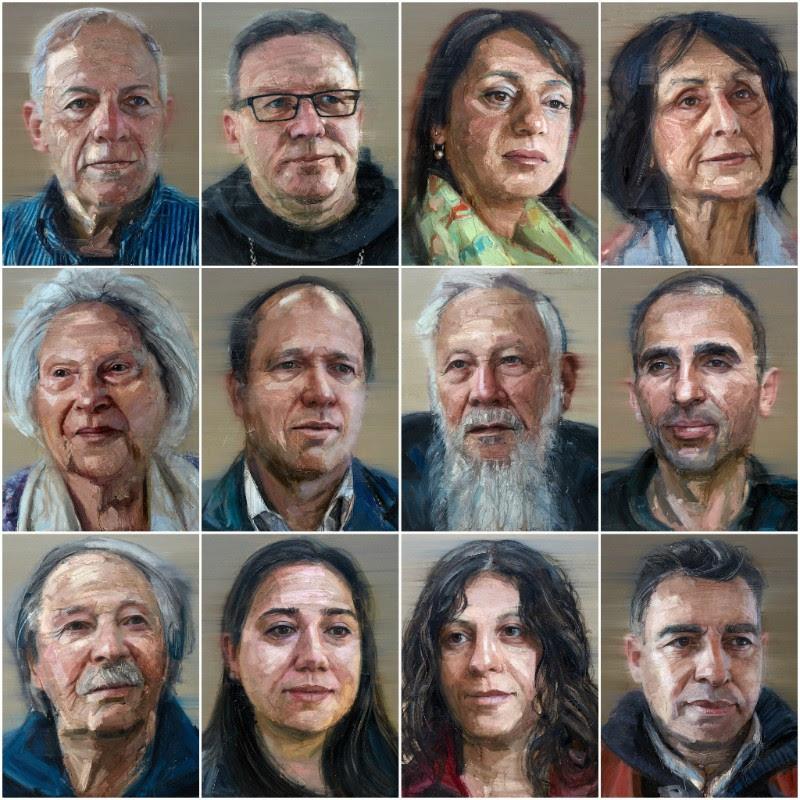 Colin Davidson’s epic series “Jerusalem” is on display at the 92nd Street Y in New York.

Belfast-born artist Colin Davidson’s new exhibition, Jerusalem, comprising 12 large-scale portraits of individuals who live and work in the storied, multi-faceted titular city, was unveiled at the 92nd Street Y in New York in September. Co-conceived by Oliver Sears, the exhibition was first displayed in London to great acclaim.

In Jerusalem, the theme of common humanity is the connecting thread which ties each piece to the others. Though the subjects include Jews, Muslims, Christians, Benedictine monks, politicians, doctors, peace activists, hotel workers and Holocaust survivors, all are uniform in their human dignity and the city that they call home. Over the course of the exhibition’s stay in New York, interactive guided tours will be available from 92Y art appreciation educator Melanie Adsit.

Prior to Jerusalem, Colin Davidson received mass attention in 2016 with his Silent Testimony exhibition, a similar portrait series of 18 people connected through personal experiences of loss and suffering during the Troubles (Irish America printed select paintings from the series in our April / May 2016 issue). The exhibition was displayed in the Ulster Museum and the Centre Culturel Irlandais in Paris. 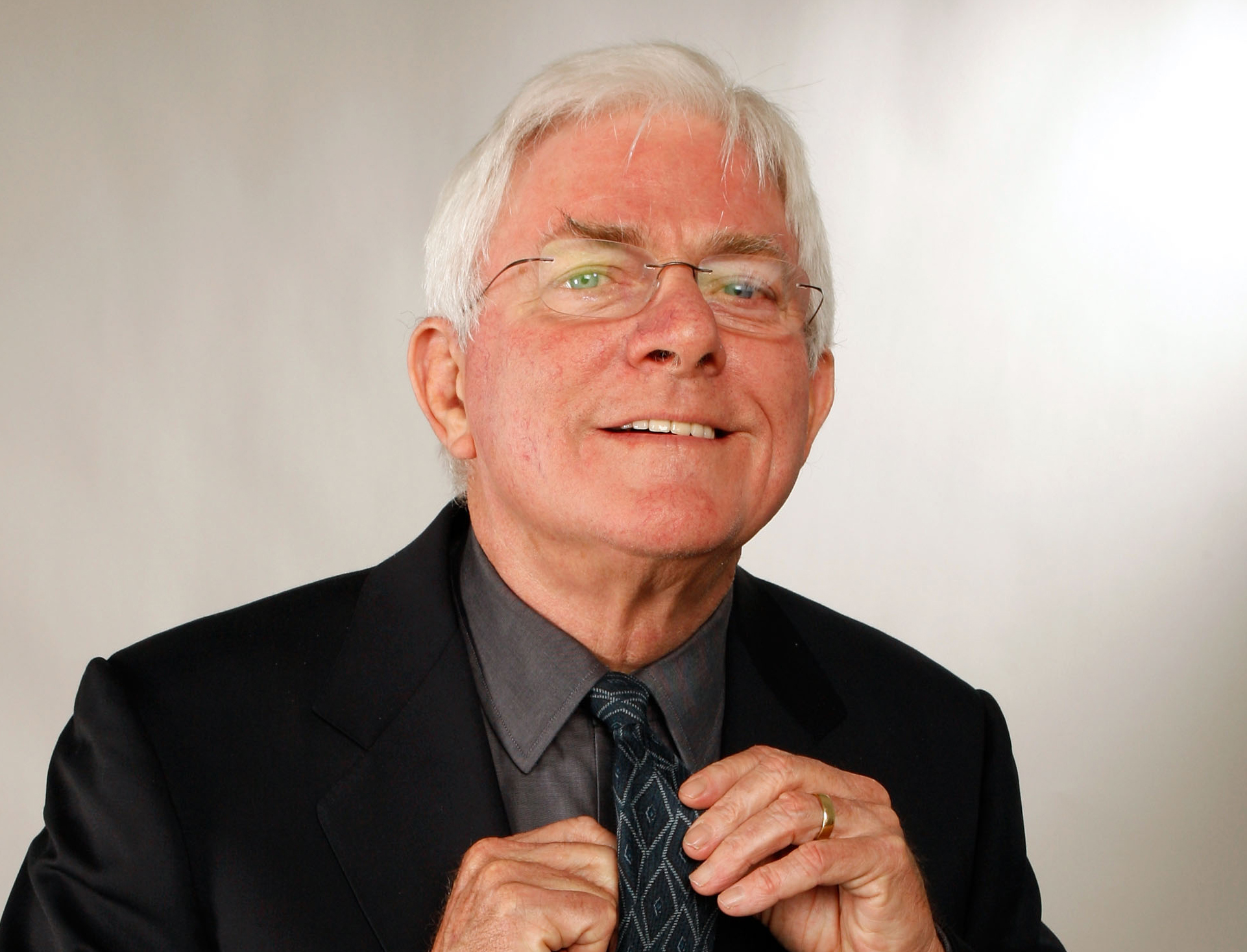 Kathleen Walsh D’Arcy, IAW&A board member and co-chair of the St. Pat’s For All Parade, which is held in Queens, New York, praised the choice of Donahue. “He has always been the ultimate Irish American voice for truth and justice in media. As our parade Grand Marshal last March, he spoke about human rights, LGBTQ rights, and an Irish history of immigration and how we should embrace new waves of immigrants from around the world,” she said.

Born in Cleveland, Donahue spent a decade as a Dayton reporter and radio interviewer of such notables as John F. Kennedy and Malcolm X before creating the innovative Phil Donahue Show, which often focused on topics dividing liberals and conservatives in America. On national television for 29 years, The Phil Donahue Show remains the longest continuous run of any syndicated TV talk show in U.S. history. During his career, Donahue received 20 Emmy Awards. He received a Peabody Award in 1980, and was inducted into the Academy of Television Arts and Sciences Hall of Fame in 1993.

In July 2002, after seven years of retirement, Phil Donahue returned to the air with Donahue on MSNBC, only to have the show cancelled in February 2003 because of Donahue’s public opposition to the U.S. invasion of Iraq.

“Apart from Mr. Donahue’s many artistic triumphs,” said IAW&A president Larry Kirwan, “Irish American Writers and Artists, as a progressive organization, is proud to salute his political activism and his very meaningful and costly protest against the 2003 invasion of Iraq.”

The Eugene O’Neill Lifetime Achievement Award was established in 2009 to honor the accomplishments of a writer, actor, musician or other artist whose body of work exemplifies the level of integrity established by O’Neill.

A Gala Evening at NYU Celebrates Jewish and Irish Ties