Jack O'Neill, founder of O'Neill surfwear and inventor of the neoprene wetsuit, died in June.

Father Jack Finucane, who co-founded the Irish humanitarian organization Concern Worldwide with his brother, Father Aengus, died in June at the age of 80. 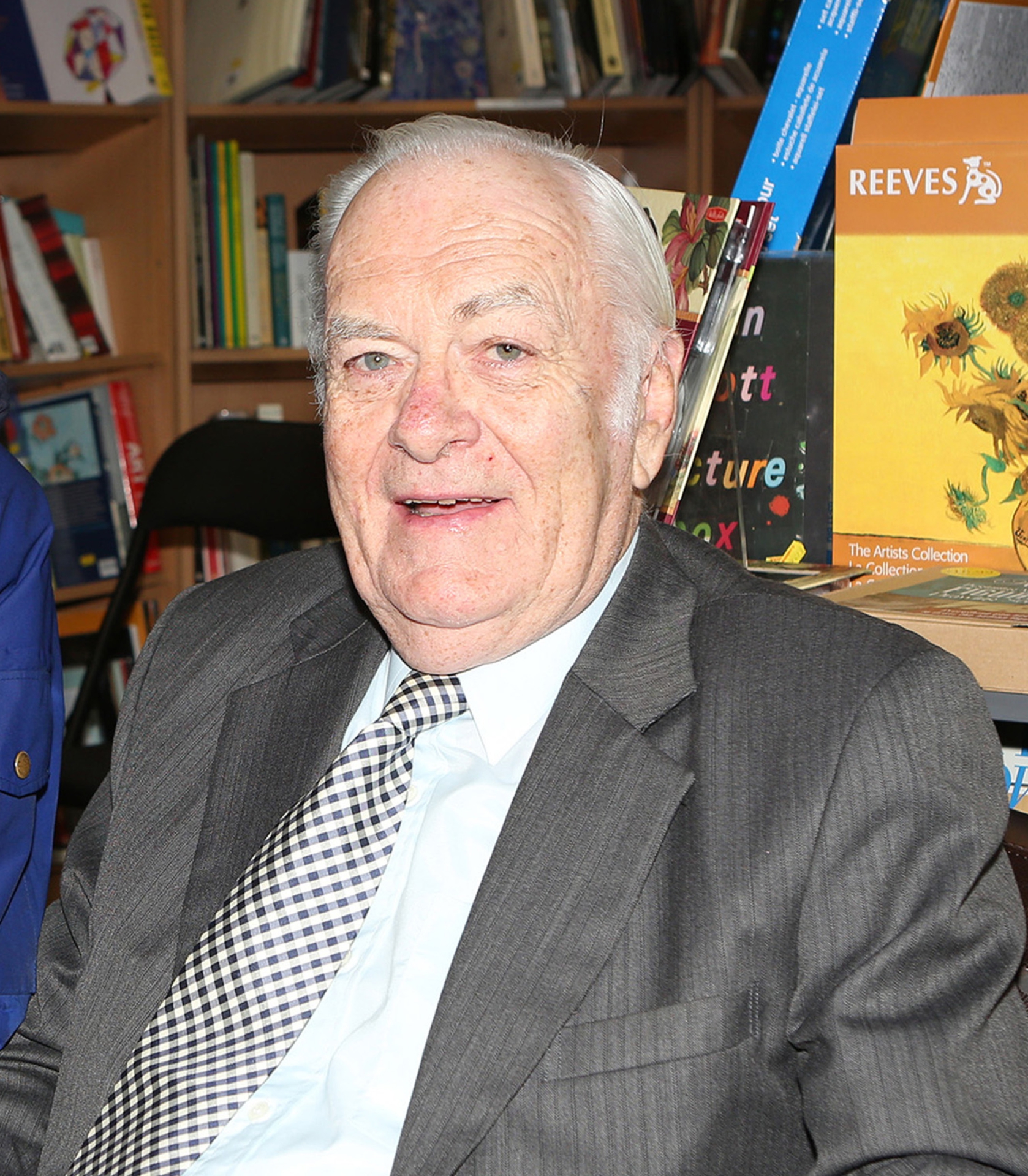 The Limerick-born priests first came to international prominence for their selfless humanitarianism during the 1960s when they began famine relief efforts by shipping food to starving Beafrans in west Africa, where Jack was stationed with the Spiritan missionary society. Jack was shortly imprisoned in 1970 by Nigerian authorities for the relief work for his support of the Biafra cause before eventually being expelled from the country.

The two brothers, once reconnected in Ireland, turned their “Africa Concern” organization into Concern, supporting efforts in Bangladesh, Ethiopia, Rwanda (during the genocide), and other locations where famine and other emergencies were rampant.

Never one to seek the spotlight, Jack spent more time away from Ireland than in it during his time at Concern, serving 19 countries in total. He was “an unassuming leader,” Concern CEO Dominic MacSorley called him, saying he was “a bridge” between the missionary tradition of Ireland and contemporary needs of developing countries. “Together,” she said of the two brothers, “they brought a nation with them.” Aengus Finucane died in 2009.

“What Jack has achieved may never be fully quantified but he has saved and improved the lives of millions of people caught up in crisis and poverty,” she said. “Sorely missed, he leaves behind a legacy of

The president and vice chancellor of Queen’s University Belfast, Patrick Johnston, known to familiars as Paddy, died at the age of 58 in June following a bicycle ride. He served nearly his entire professional career in Northern Ireland and is largely credited with revitalizing Queen’s University’s international reputation as an innovation hub and world-class medical research university. Johnston received his medical degree from University College Dublin in 1982, followed by a Ph.D. in medicine in 1988. He later obtained a fellowship at the National Cancer Institute at Bethesda. 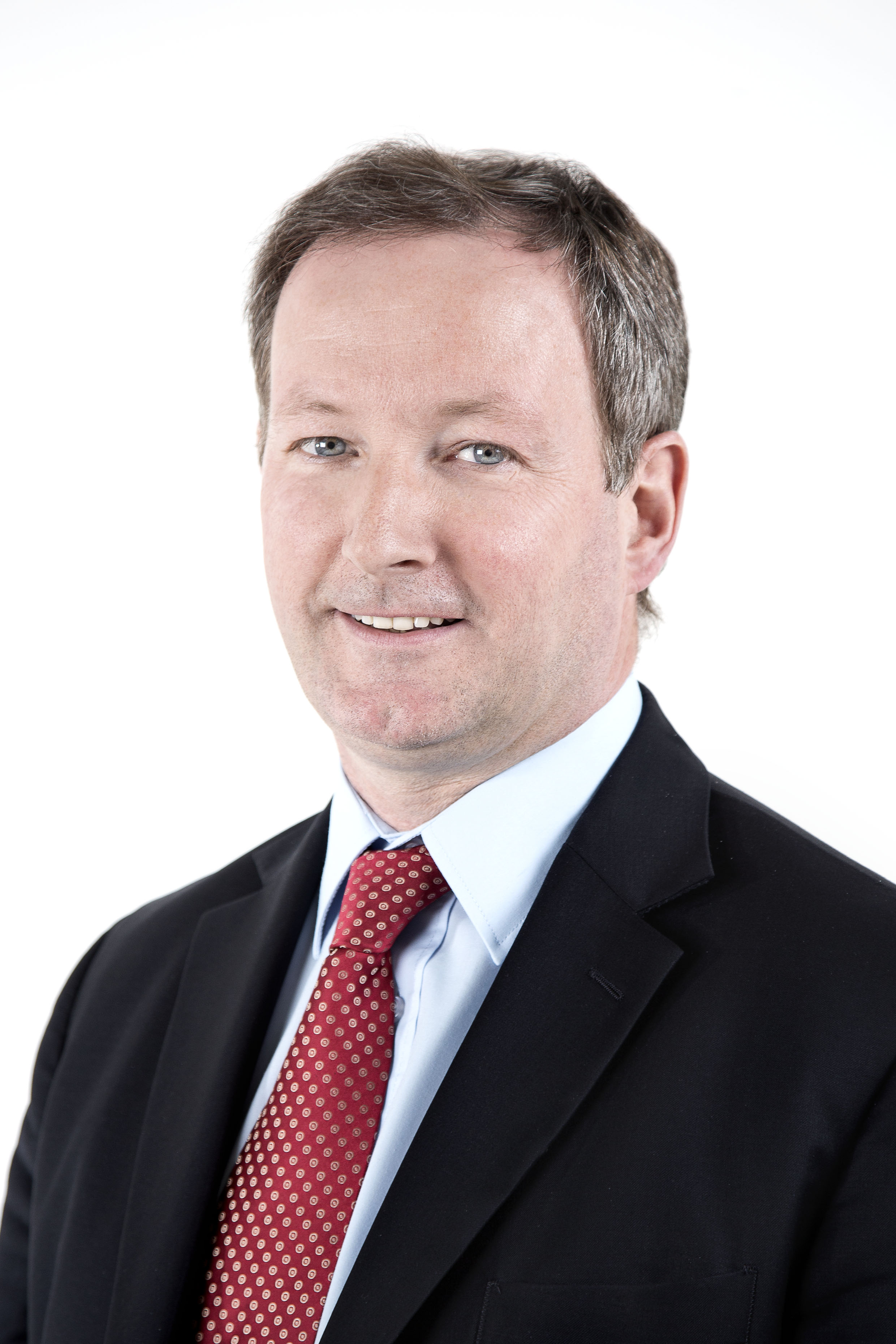 Outside of academia, Johnston was heavily involved with growing the Belfast science community, including serving as a non-executive director of Catalyst, which was responsible for the development of the science park in the Titanic Quarter of the city.

“He believed that the highest quality of academic medical research could only be achieved close to patients and intimate with the health providers’ supply chain,” Catalyst chairman Dick Milliken and chief executive Norman Apsley said in a joint statement.

“Professor Johnston put Belfast on the research map, changed the cancer outcomes for our people and built the beginnings of a local economy bringing these benefits to the world at large. It behooves those of us left behind to remain true to his dream.”

Johnston was born and raised in Derry and was the first vice chancellor and president to have been appointed from within the Queen’s University community to that position since 1976. He is survived by his wife Iseult, and their children, Seamus, Eoghan, Niall, and Ruairi.

One of the most iconic leaders of Irish America in the U.S., Norman P. McClelland, whose father emigrated from County Down and founded Shamrock Roods Company in Tuscon, Arizona, died in June at the age of 90. 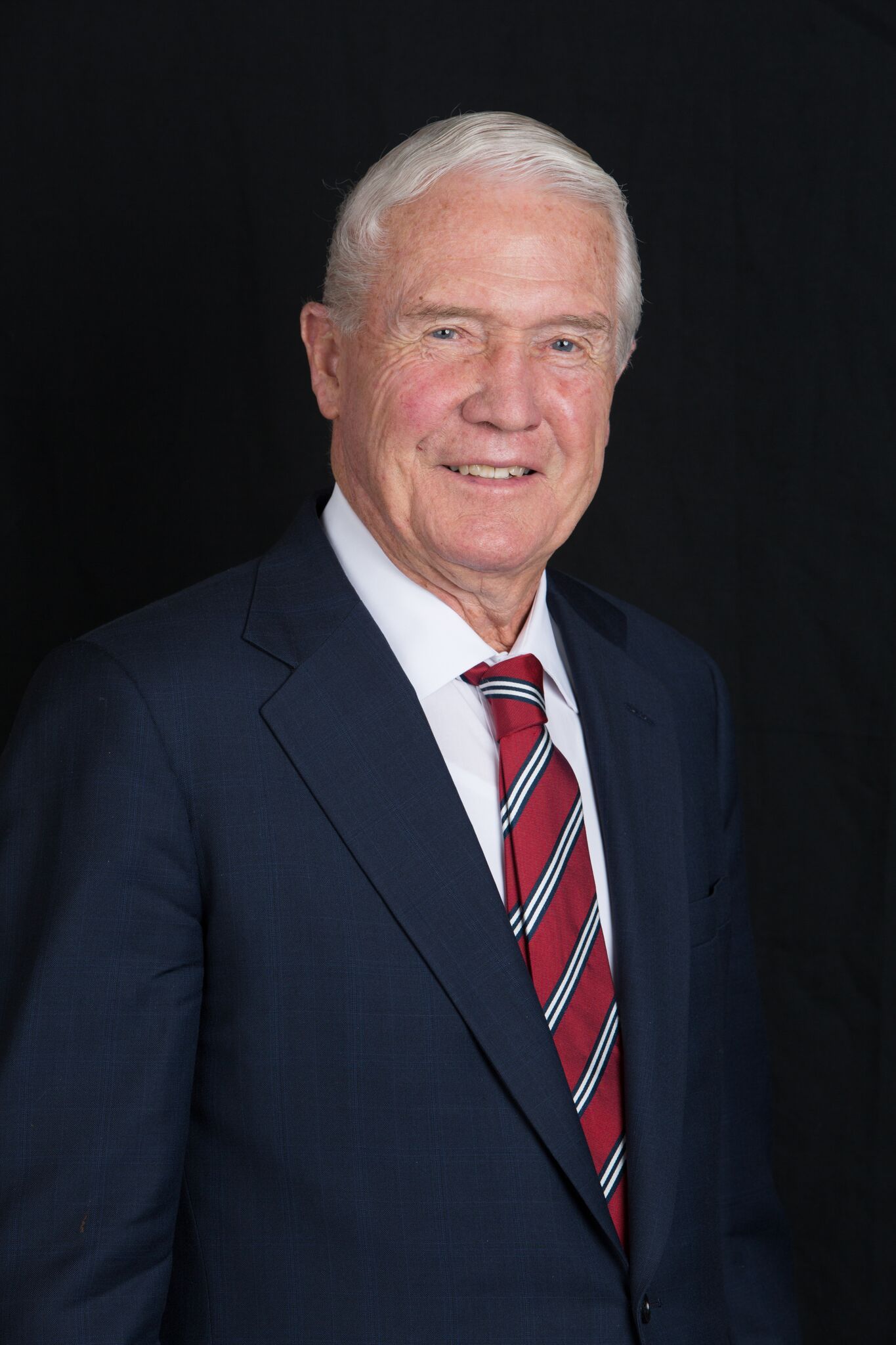 Norman, who was born in Tuscon in 1927 and served as CEO of Shamrock for 45 years, was an iconic leader and leaves behind him a tremendous legacy of business leadership and devotion to public service. He was loved by all who knew him, from Shamrock associates and customers and suppliers, to the greater community full of friends and family. He personified Shamrock’s long-standing commitment “to treat associates like family and customers and suppliers like friends.”

Norman’s Irish heritage was a source of tremendous pride and he dedicated much of his time to ensuring that Irish culture continues to thrive in Arizona. He kept in close contact with his relatives in Ireland and frequently traveled there to visit family and friends. He was actively involved in the Phoenix Irish Cultural Center and led the charge to create the center’s 11,000-square-foot state-of-the-art library. In 2016, he received the Presidential Distinguished Service Award for the Irish Abroad from the Irish President in recognition of his commitment to promoting Irish culture and history.

He placed a high value on education and remained an active supporter of his alma mater, the University of Arizona, throughout his life. Norman and his sister, Frances H. McClelland, were both alumni and in 2008 working with close friend John Norton built McClelland Park to house the John and Doris Norton School of Family and Consumer Sciences. With lifelong friend Karl Eller, in 1992 the new Eller College of Management facility was dedicated and named McClelland Hall in their honor.

– Reprinted with permission of Shamrock Foods

The man who took the Detroit Pistons to their first National Basketball Association finals in over 20 years, in 1988, and won the franchise’s first two N.B.A. championships, in 1989 and 1990, died in June. Jack McCloskey, who died of complications from Alzheimer’s at his hospice care facility in Savannah, Georgia, was 91. 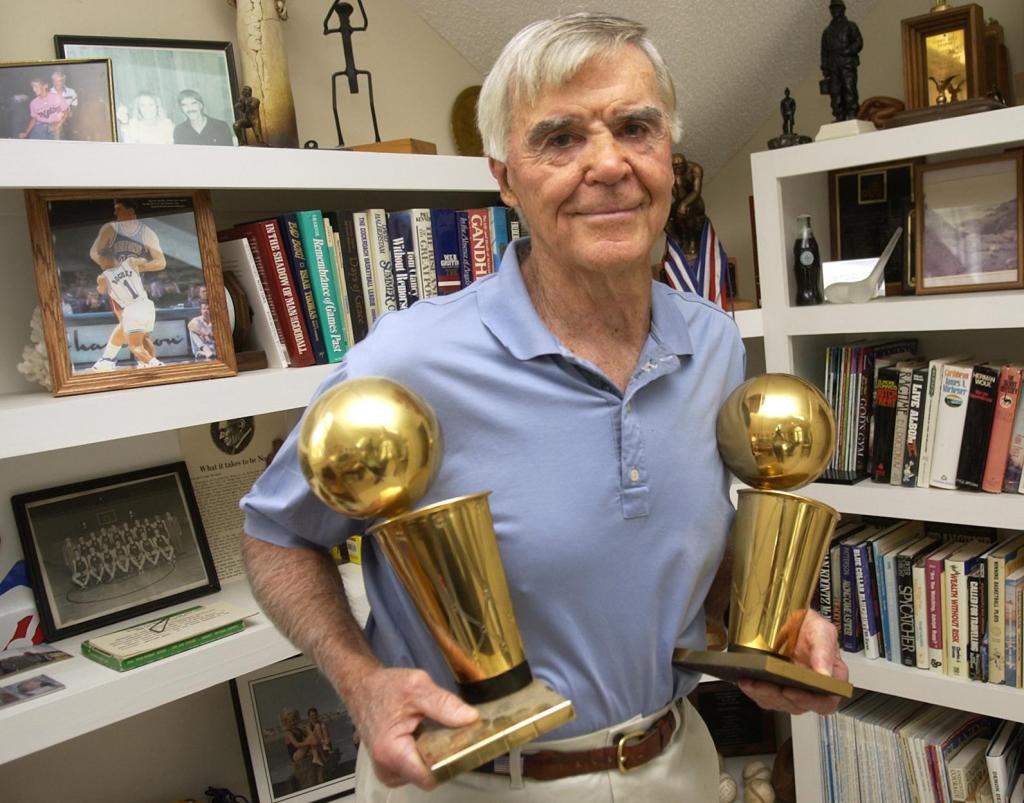 McCloskey, who joined the Pistons in 1979 when the team was en route to be the worst team in the N.B.A., became known as “Trader Jack” for his eagerness to continually upgrade his team through engineered draft trades. Among the players he drafted as a result of some of these deals were future Hall-of-Famers Dennis Rodman, Joe Dumars, and Isiah Thomas, who later became general manager of the New York Knicks. It took nearly a decade, and lots of Detroit skepticism, before McCloskey’s strategy worked, but by the mid-1980s the Pistons had acquired the moniker of the Bad Boys, with a reputation for aggressive defense that wore down even the best teams of the era, including Larry Bird’s Boston Celtics and the Los Angeles Lakers, whose offense at that time consisted, effectively, of Magic Johnson.

Born in 1925 in Mahanoy City, an Appalachian coal mining town in central Pennsylvania, McCloskey was an energetic and diverse athlete, lettering in baseball, football, and basketball in high school, later playing football at the University of Pittsburgh until he joined the Navy during World War II. When he returned, he transferred to the University of Pennsylvania, playing those same three sports, and, after graduation, playing a single game with the Philadelphia Warriors, the city’s former N.B.A. team, before beginning his coaching career at the high school level. He eventually coached the Penn college team, before moving to Wake Forest University, followed by stints with the Portland Trail Blazers and the Lakers.

McCloskey is survived by his first wife, Anita Morales, and their six children; his second wife, Leslie Gray, and two step children from that marriage; 14 grandchildren; and seven great-grandchildren.

Sheila Michaels, who liberated the feminine honorific from dependency on men by introducing “Ms.” into the vernacular, heralding a new era in feminism and permanently changing the English language, died in July at the age of 78. 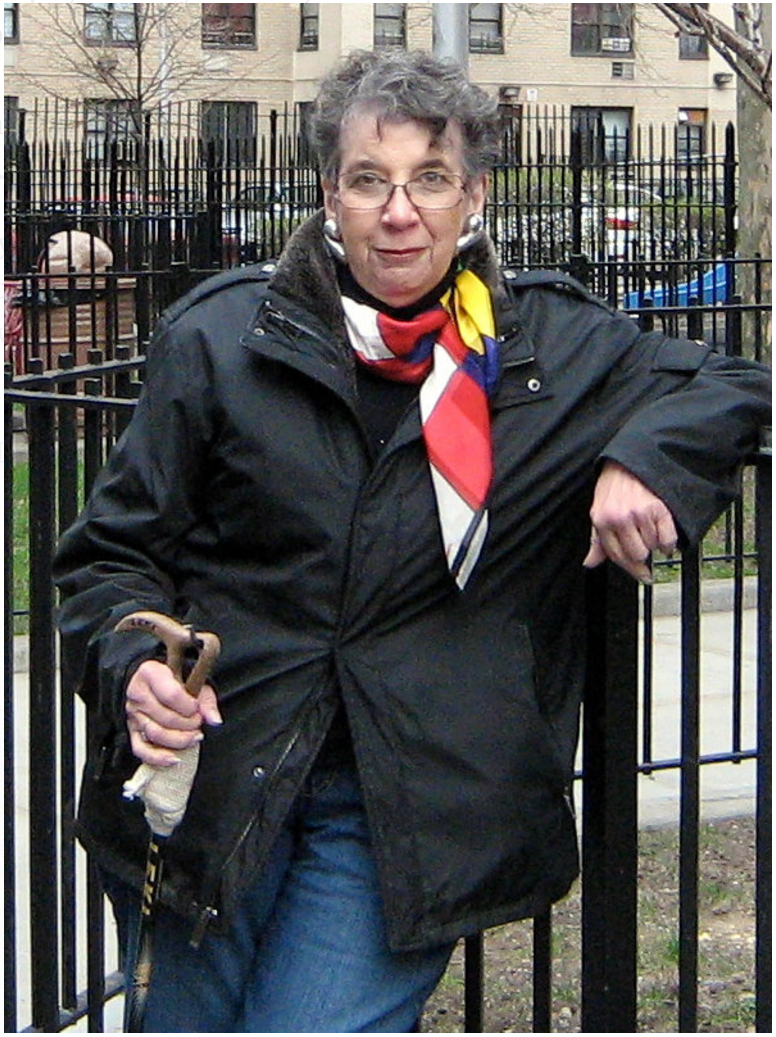 It may seem a small adjustment – just two letters and a period – but the symbolism of the change spoke volumes for the advancement of women’s independence in the middle of the 20th century. Though the honorific had existed since at least 1901, according to the Oxford English Dictionary, it was never commonplace to refer to women with the term – “Miss,” for unmarried women, and “Mrs.,” for married women, being the default, tying women to their marital status in a way that the masculine “Mr.” does not.

Michaels, who was born in St. Louis and moved to New York City in 1959 to work for the Congress of Racial Equality, didn’t even know of it until she saw her roommate’s mail in the early 1960s. Michaels was by then working as a civil rights lawyer and had become involved with the Student Nonviolent Coordinating Committee and living with a fellow leftist named Mary Hamilton, whose copy of a Marxist publication called News & Letters, was addressed to Ms. Mary Hamilton.

Those years were tumultuous for Michaels. Her parents had disowned her for her civil rights work and she was struggling to find a sense of identity and purpose independent of her father or potential romantic partners. “There was no place for me. No one wanted to claim me, and I didn’t want to be owned,” she told the Guardian in 2007. “I didn’t belong to my father, and I didn’t want to belong to a husband – someone who could tell me what to do. I had not seen very many marriages I’d want to emulate.”

It wasn’t until 1969 though that Michaels gained traction with “Ms.,” invoking it during an interview on a popular radio program on New York’s WBAI. Two years later, Gloria Steinem, crediting Michaels, founded Ms. magazine.

Jack O’Neill, founder of the O’Neill surf brand and the inventor of the neoprene wetsuit, died at his home in Santa Cruz, California in June. He was 94. He is also credited with trademarking the phrase “surf shop,” having established his first in 1952 in a converted garage on San Francisco’s Ocean Beach before expanding to Santa Cruz a few years later.

O’Neill was a life-long adventurer and innovative marketer, famous for stunts including putting his own children in wetsuits and dunking them in ice water at trade shows and walking the beaches of San Francisco and Santa Cruz to recruit real surfers to model his creations. He lost his left eye in a surfing accident in the early 1970s and sported a roguish eye patch and bushy beard the rest of his life.

Born in Denver, Colorado, O’Neill soon moved with his parents to Long Beach, California, where his love of the swells took root. After serving as a Navy pilot during World War II, he earned a business degree from the University of Portland, in Oregon, later settling in San Francisco where he learned about neoprene, though the specific accounts of exactly how he did vary. Undisputable is the fact that O’Neill knew long underwear and sweaters coated in oily sealant, the insulators du jour for surfers in the area, weren’t cutting it, so he started tinkering. “I just wanted to surf longer,” he said.

O’Neill was predeceased by his first wife, Marjorie, in 1972 and his son Mike in 2012. He is survived by his second wife, Noriko, as well as three daughters, three sons, and six grandchildren.