In case you missed these when they first came out, they are worth catching on DVD or your favorite streaming service:

Belfast director Nick Hamm tells the story of the Northern Irish peace process through the eyes of Martin McGuinness (Colm Meaney) and Ian Paisley (Timothy Spall) in the drama The Journey. 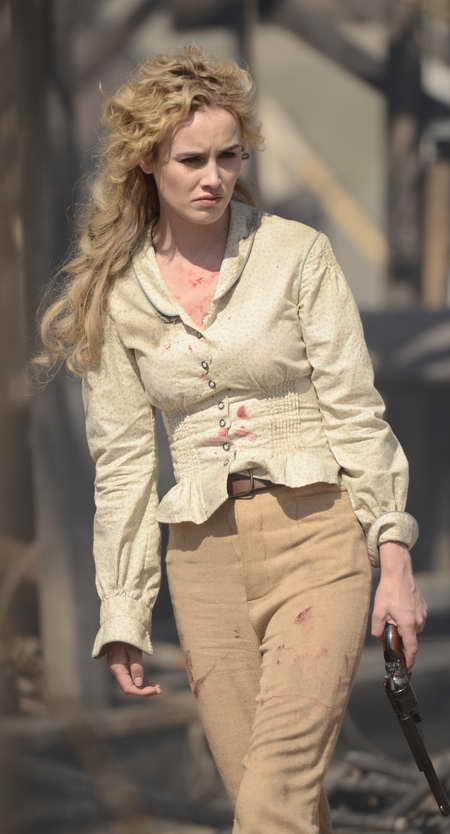 The film charts the political evolution of the two men at the heart of the Catholic-Protestant divide in the North, and the unlikely friendship they forged on the way to the 1998 Good Friday agreements.

Dublin actress Dominique McElligott (right) once again returns to House of Cards, the cutthroat Netflix political drama, starring Kevin Spacey and Robin Wright. McElligot plays Hannah Conway, the wife of Republican presidential nominee Will Conway. Also worth looking up is a series McElligot previously starred in Hell on Wheels, which explored the role Irish immigrants and others played in the construction of the transcontinental railroad and the settling of the American West. ♦

The Irish who have made their mark on the cultural life of Great Britain at the Irish Post award on November...

Irish Eye on Hollywood: Two Irish Releases to Keep an Eye On

Two Irish films that have not yet received American release dates but that are worth keeping an eye out for are Halal...