Roots: The Lynches of Galway

The Lynch family crest, flanked by Che Guevara (left), whose father was a Lynch, at Shannon Airport, and director David Lynch (right).

The name Lynch, which is ranked among the 100 most common names in Ireland, originates with several different clans, and is most frequently traced back to the anglicization of the old Irish name Ó Loinsigh, and the less-numerous Norman de Lench family. The de Lench arrived in Ireland from France during the 12th century and became the most prominent of the 14 Norman families that made up the “Tribes of Galway,” who controlled the city’s trade and maintained its status as a rare loyal outpost in the west of Ireland to the British crown. The landmark Lynch Castle, constructed in 1320, remains under the family’s ownership and continues to bear its coat of arms while serving the public as a bank. The Lynch presence in Galway was so strong that there have been 84 Lynch mayors to date, beginning in 1485 with Peirce Lynch, the city’s first. However, he was not the first of his family to occupy a seat of power. His grandfather, Edmond, was Sovereign of Galway in 1434, and the earliest known member of the family, Thomas de Lynch, was provost of Galway in 1274. 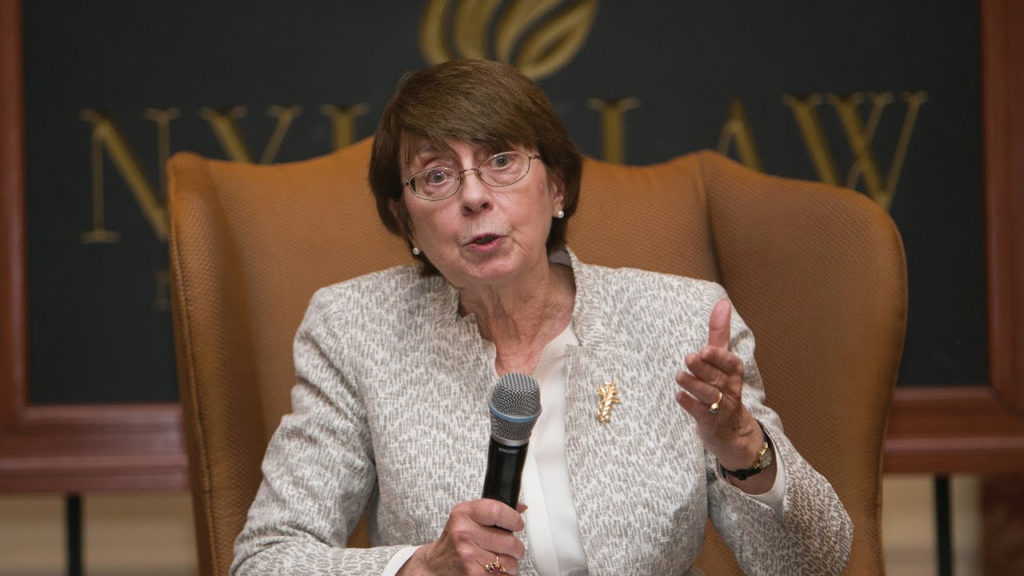 Sandra Lynch, the first woman in history to serve as a United States chief circuit judge on the United States Court of Appeals on the First Circuit. (Photo: NYU School of Law / YouTube)

The most famous of the many mayor Lynches of Galway was James Lynch fitz Stephen, elected in 1493. Shortly afterwards, he made a trip to Spain and returned to Ireland with a new ward, Gomez, the son of his overseas host. Gomez and Lynch’s own son, Walter, became instant friends; however, things spun out of control when Walter killed Gomez while disputing the affections of a woman. In spite of public outcry for Walter’s pardon, Lynch, who was also a magistrate, saw justice served, comforting his son in jail before hanging him from the upstairs window of his own house next door. Haunted by his decision, Lynch lived the rest of his life as a recluse. It has been proposed that this incident was the genesis of the verb “to lynch,” meaning to extrajudicially punish someone by hanging. Another theory of its origin is the unofficial Virginian court of Revolutionary War colonel Charles Lynch (1736 – 1796), who administered justice outside the law due to the war period’s disruptive effects on court operations.

The Lynch’s mayoral era in Galway came to an end in 1654, when Catholics were barred from holding public office by English rule. However, it received a reprise in 1989, when Fine Gael member Angela Lynch-Lupton (d. 2007) was voted into office, and again in 1998, when she was re-elected. 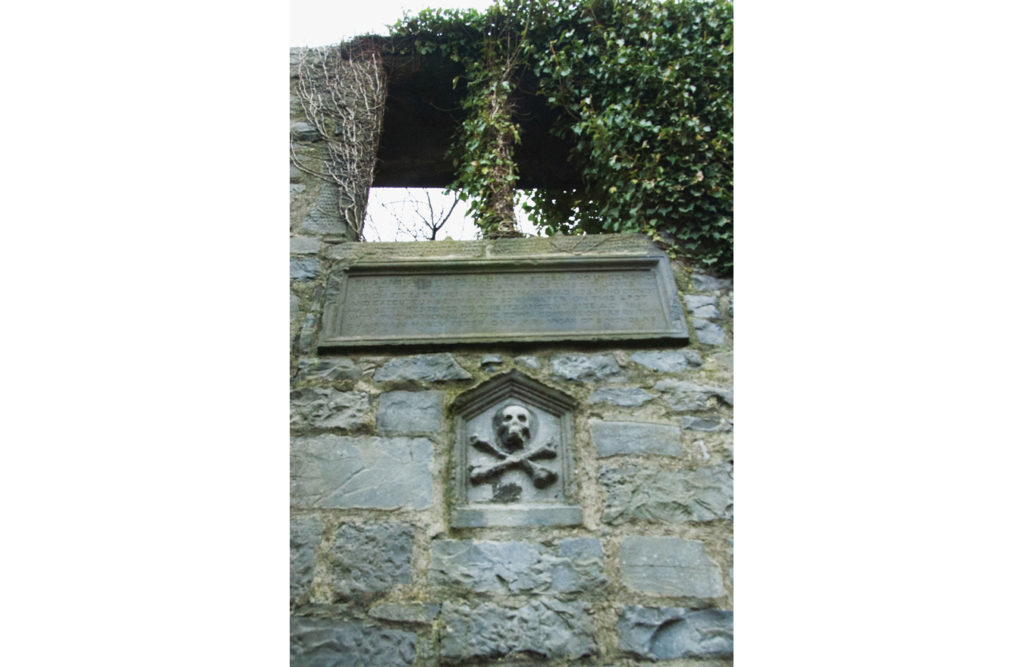 The ruins of the Lynch house in Galway where Walter Lynch was hanged by his father, James Lynch fitz Stephen.

Those born of Ó Loinsigh stock will most typically find their roots in counties Cork, Sligo, and Clare. This name is occupational in origin, meaning “mariner,” and, fittingly, there are no shortage of Lynches who have upheld this name’s reputation on the high seas. Two such figures were brothers Henry Blosse Lynch (1807 – 1873) and Thomas Kerr Lynch (1818 – 1891). Joining the Royal Indian Navy at just 16 years old, Henry skyrocketed to the position of official interpreter for the Gulf Squadron due to his fluency in the Persian and Arabic languages. He contributed to the exploration and survey of the Euphrates and Tigris Rivers, as well as the Mesopotamia region, and, together with his brother Thomas, created a postal route between Damascus and Baghdad. Thomas himself explored the Near East and was behind the first steamer services between Baghdad and India. He travelled much of Persia, building relationships that eventually allowed him to serve as the consul general for Persia in London.

Making waves on distant waters, Chilean naval hero Patricio Lynch (1825 – 1886) was a principle figure in the later stages of the War of the Pacific. He was nicknamed “The Red Prince” by the Chinese slave laborers he liberated from the Peruvian haciendas for the bright ginger hue of his hair. Fascinatingly, Patricio was the great-grandson of Patrick Lynch, who emigrated in his youth from Co. Galway to Buenos Aires, and from whom would also descend Ernesto Guevara Lynch, the father of Argentine revolutionary Che Guevera (1928 – 1967).

In the United States today, the name Lynch sustains significance in all disciplines. Director David Lynch (b. 1946), the mind behind films such as The Elephant Man and cult serial drama Twin Peaks, has been described by the Guardian as “the Renaissance man of modern American filmmaking,” and screenwriter Brian Lynch (b. 1973) has penned many recent hits, including Puss in Boots (2011), Minions (2015), and The Secret Life of Pets (2016). Celebrated actress and comedian Jane Lynch (b. 1960) brought life to Sue Sylvester, the hyperbolic antagonist of the TV musical Glee. R&B and pop singer Sybil Anita Lynch (b. 1966), better known as simply Sybil, is known worldwide for her cover versions of Dionne Warwick’s “Don’t Make Me Over” and “Walk On By,” released in the late 1980s. Sandra Lynch (b. 1946) made history in 2008 by becoming the first woman in history to serve as a United States chief circuit judge on the United States Court of Appeals on the First Circuit. She was first nominated to the First Circuit in 1995 by fellow Irish American Bill Clinton. Also making history for women is restaurateur Barbara Lynch (b. 1964), profiled in this issue of Irish America. As the second woman to be awarded the James Beard Outstanding Restaurateur award and the sole female Relais & Châteaux grand chef in North America, she is one of many Lynches today raising the standard for those in the years to come. ♦

14 Responses to “Roots: The Lynches of Galway”