Bill Ford, executive chairman of Ford and great-great grandson of Henry Ford, stands at the Ford Homestead in Co. Cork.

William Clay Ford, Jr. the great-great grandson of Irish American automobile pioneer Henry Ford, unveiled a plaque and bench in Ballinascarthy, Ireland on April 20 to commemorate 100 years of Ford in the country.

The unveiling took place in the center of Ballinascarthy, a small village 25 miles from Cork city, Ireland, from where Henry Ford’s father, William Ford, and his family emigrated to the U.S. in 1847. The family settled in Michigan, where Henry Ford was born in 1863.

“I am excited and honored to be coming home to Cork to celebrate 100 years of Ford in Ireland,” said Bill Ford. “Ford has deep roots in Cork, not only through my family’s historical connection, but also through the impact that the Ford factory has had as an engine for prosperity for the area over many decades.” 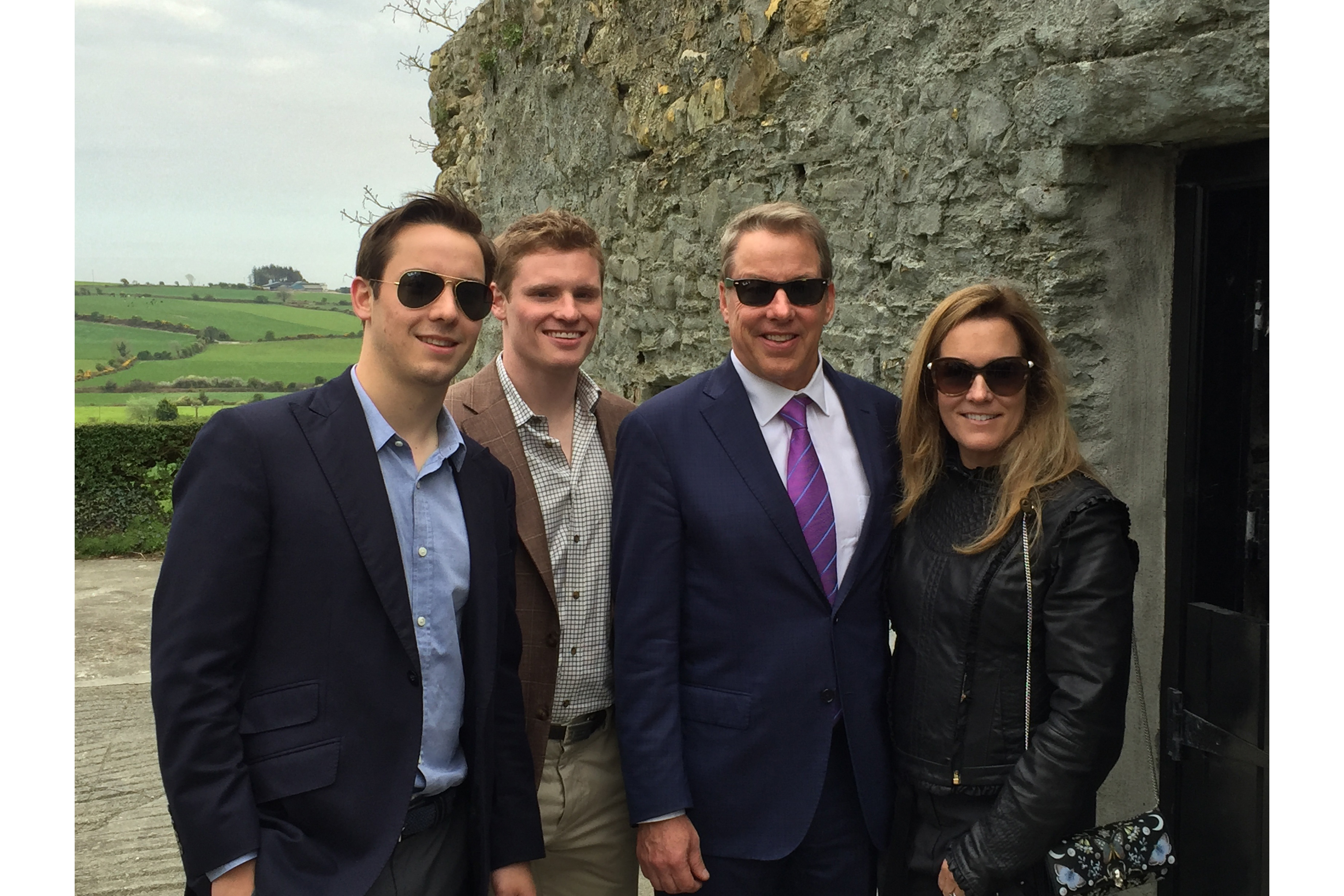 During his visit, Ford also participated in a civic reception at Cork City Hall with 300 current and former Ford employees, hosted by the Lord Mayor of Cork City, at which the contribution of employees of Henry Ford & Son Limited during the past 100 years will be recognized.

Henry Ford remained conscious of his family’s heritage throughout his lifetime, choosing his ancestral home city of Cork as the site for the first purpose-built Ford Motor Company factory outside of North America. The Ford factory in Cork was established in April 1917. 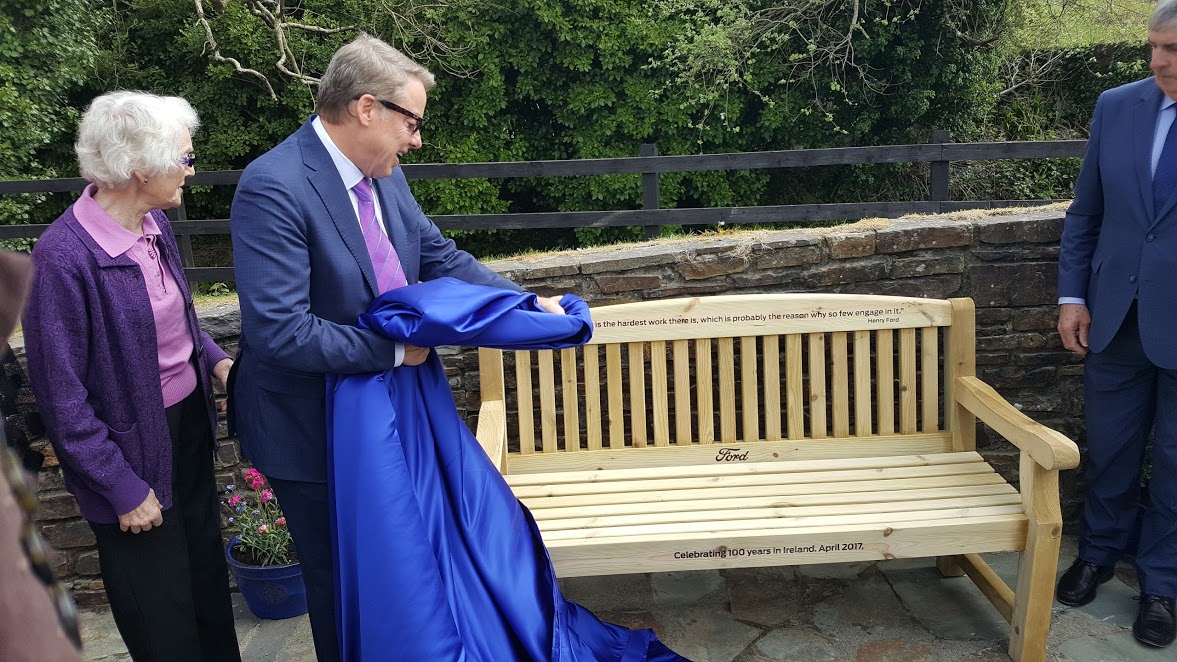 As Henry Ford said in his own words: “My ancestors came from Cork, and that city, with its wonderful harbor, had an abundance of fine industrial sites. There was, it is true, some sentiment in [the decision to establish the factory in Cork].”

The company that Henry Ford legally established in 1917 was entitled Henry Ford & Son Ltd., and that continues to be the legal name of Ford in Ireland to this day – the only Ford entity in the world to include the full name of the company’s founder in its title. 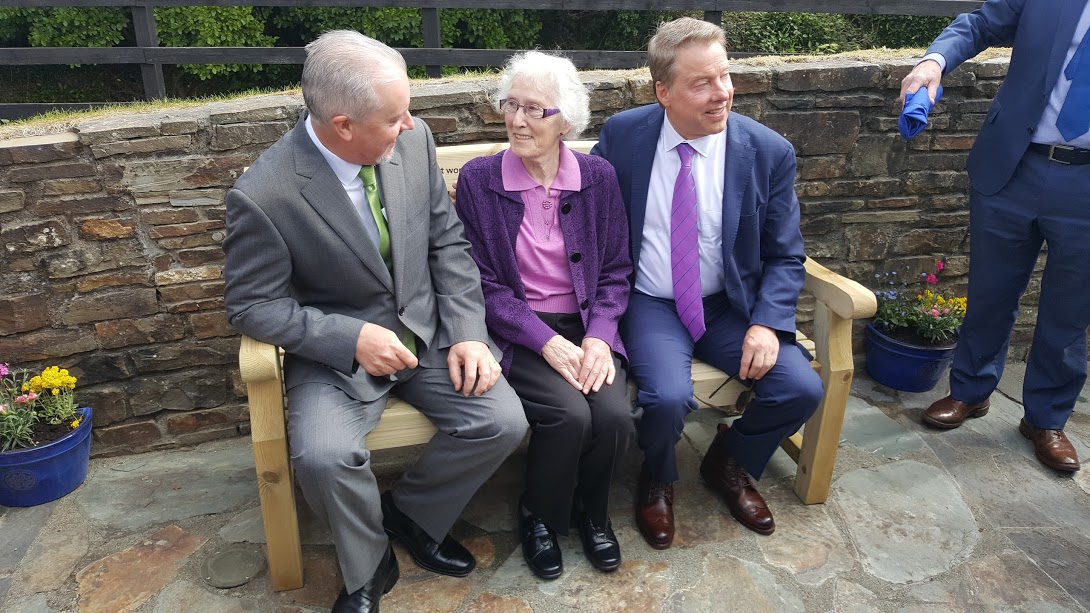 The Fordson tractor was initially the main product of the Cork plant, which by 1929 had become the largest tractor factory in the world. The factory also produced passenger cars including the iconic Model T. The last Model T ever produced by Ford anywhere in the world rolled off the Cork factory production line in December 1928.

The Model A, Model BF, Model Y, Prefect, Anglia, Escort, Cortina and Sierra models also were manufactured in Cork until the plant’s closure in 1984.

Ford today has the widest network of dealers of any automotive manufacturer in Ireland, with 52 dealerships providing direct and indirect employment to 1,000 people across the country. ♦