Sebastian Barry was born in Dublin in 1955 and has become one of Ireland’s most celebrated authors, writing plays as well as novels that chart the course of Irish and Irish American history through a single, extended family. 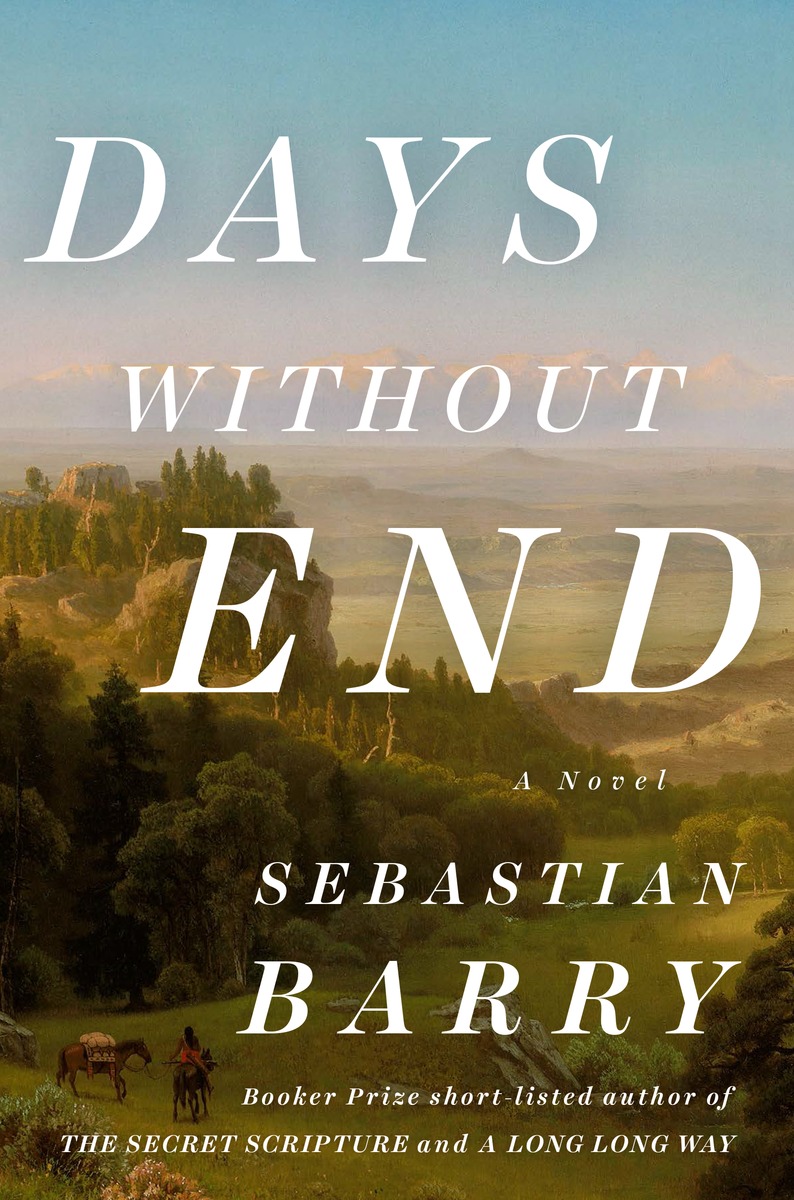 Barry’s latest novel, Days Without End, has already earned worldwide praise and in January won the prestigious Costa Book of the Year Award. Meanwhile, a movie based on Barry’s 2008 novel The Secret Scripture – directed by Oscar nominee Jim Sheridan and starring Vanessa Redgrave and Rooney Mara, as well as Irish actors Aidan Turner and Jack Reynor – is coming out in the U.K. and Ireland in March. The film should make its way to U.S. theaters soon afterwards.

The Easter Rising centennial last year and this year’s 100th anniversary of American entrance into World War I also make Barry’s 2005 novel A Long Long Way worth another look as it explores the issue of patriotism for those Irish who served in the British Army. In the book – whose title comes from the famous marching song “It’s a Long Way to Tipperary” – Dubliner Willie Dunne joins up to fight the Germans in Europe, but ends up back in Dublin when the Easter Rising breaks out, testing his bravery as well as his loyalty.

Barry’s new novel, Days Without End, narrated by Famine immigrant Thomas McNulty – the latest member of the extended Dunne-McNulty clan to appear in a Barry novel – is set in America.

“All that was left in Ireland was the potato for eating and when the potato was lost there was nothing left in old Ireland. She starved in her stocking feet. And she had no stocking.  Rags,” Thomas explains as his reason for immigrating. He joins the Union Army, doing battle in both the Civil War and later in the West against Native Americans.

Thomas also creates an unlikely family with a friend who becomes his lover, John Cole, as well as a Native American girl named Winona. (Barry dedicated the book to his son Toby, who came out as gay around the same time Ireland debated – and eventually approved – LGBT marriage rights).

“It’s like strong whiskey to read American history,” said Barry, who lives in Wicklow with his wife Alison, and has three children.

Ultimately, Days Without End captures the paradox of the American experience. It has served as a place of escape for the Irish and other 19th century refugees. And yet it was a place of genocide and oppression, something Irish immigrants sometimes were victims of, and sometimes contributed to.

Asked what he considers to be distinctly Irish about Thomas McNulty, Barry says:

“He’s both carrying his traumatic history with him and trying to divest himself of it,” said Barry.

Towards the end of Days Without End, Thomas ponders a question that seems just as relevant now as it was at the time of the Famine:

What is currently on your bedside table?

Where and when were you born?

Where did you spend your youth?

Being moved around is not entirely good for a sense of security, but the child tries hard to make each place home, so that’s good for the future writer.

What do you believe your parents gave to you? As a writer? As a person?

The consequences as a writer are obvious. As a person? Still trying to work that out.

My mother was a great and unstoppable story teller. She was an actress in the Abbey Theatre. She relished family secrets and delighted in uncovering them. My father was a poet in his youth, published by Dolmen Press. My mother was also a published poet in the Sligo Champion. Lennox Robinson called her up to Dublin when he read one of her plays. He was astonished to find she was a 17 year-old girl who had traveled up with her mother.

What were you like as a child? Did you read a lot?

I was probably quite odd, or the nicer word is quaint. I couldn’t read until I was eight. When we came back from London I was presented with the Catechism of the Catholic Church at Dalkey National School. I learned to read off that.

Once I did get the hang of reading, I was off in a long sprint. I used to buy a book every Saturday with my pocket money. The 1960s were simpler days for children’s imaginations.

I have a brother, Guy, and two sisters, Siuban and Jane.

What writers inspired you in your formative years?

What American writers do you believe Irish people should read?

What writers (dead or alive) would you invite to a dinner party?

Hisham Matar, Mark Twain, Colm Tóibín, Billy Roche. The latter two for their wonderful singing. Though I’ve never heard Hisham singing, he might be a wow.

What would you say is the difference between writing for the theater and writing novels?

Two separate worlds. One is serving actors, the other stranger gods. Plays are extremely public creatures, the novel is always written for one reader at a time.

Do you have any favored television programs, what with this being considered TV’s golden age?

An old rectory in Wicklow and a cottage in Mayo.

If you could time-travel, what historical era would you most like to see first-hand?

Famine-era Ireland. I always wonder, “Why are there no photographs?”

Best advice you ever received?

What do you find to be unique or special about America?

Its beginnings are so recent really and observable. It is the country of the imagination much more than, say, Irish mythology. It’s the Ancient Rome of present days.

The Searchers. The Assassination of Jesse James.

Feelings about social media? A plus or minus for writers?

What is one piece of advice you would give to your younger self?

Please don’t worry so much.

What is a piece of advice you would give to an aspiring novelist/playwright?

It’s been said the literary life and family life are incompatible, yet you’ve managed quite well. How have you managed?

Yeats said perfection of the life or of the art. One of his very few damaging statements. All my work comes out of my love of family. And who said perfection was a good goal? Not knowing and the mess of things in general are much more useful. ♦