Two Irish America Business 100 honorees have been unanimously elected chair of the board of directors and chief executive officer of the non-profit international humanitarian organization Concern Worldwide U.S., an independent affiliate of the Dublin-based Concern Worldwide, as part of a planned leadership succession plan. Joanna Geraghty, who currently serves as JetBlue’s executive vice president of customer experience, will take over from Tom Moran of Mutual of America as chair, while Colleen Kelly, most recently managing director of STET Creative, will succeed CEO Jack Haire. Both Moran and Haire will remain on the board of directors.

Announcing Geraghty’s new election as chair of the board, Haire said, “Joanna has quietly and steadfastly been supporting Concern for nearly a decade through her personal generosity and building the Concern-JetBlue partnership. Since her appointment to the board two years ago, she has expanded that partnership and been an important voice in the board room and beyond.” 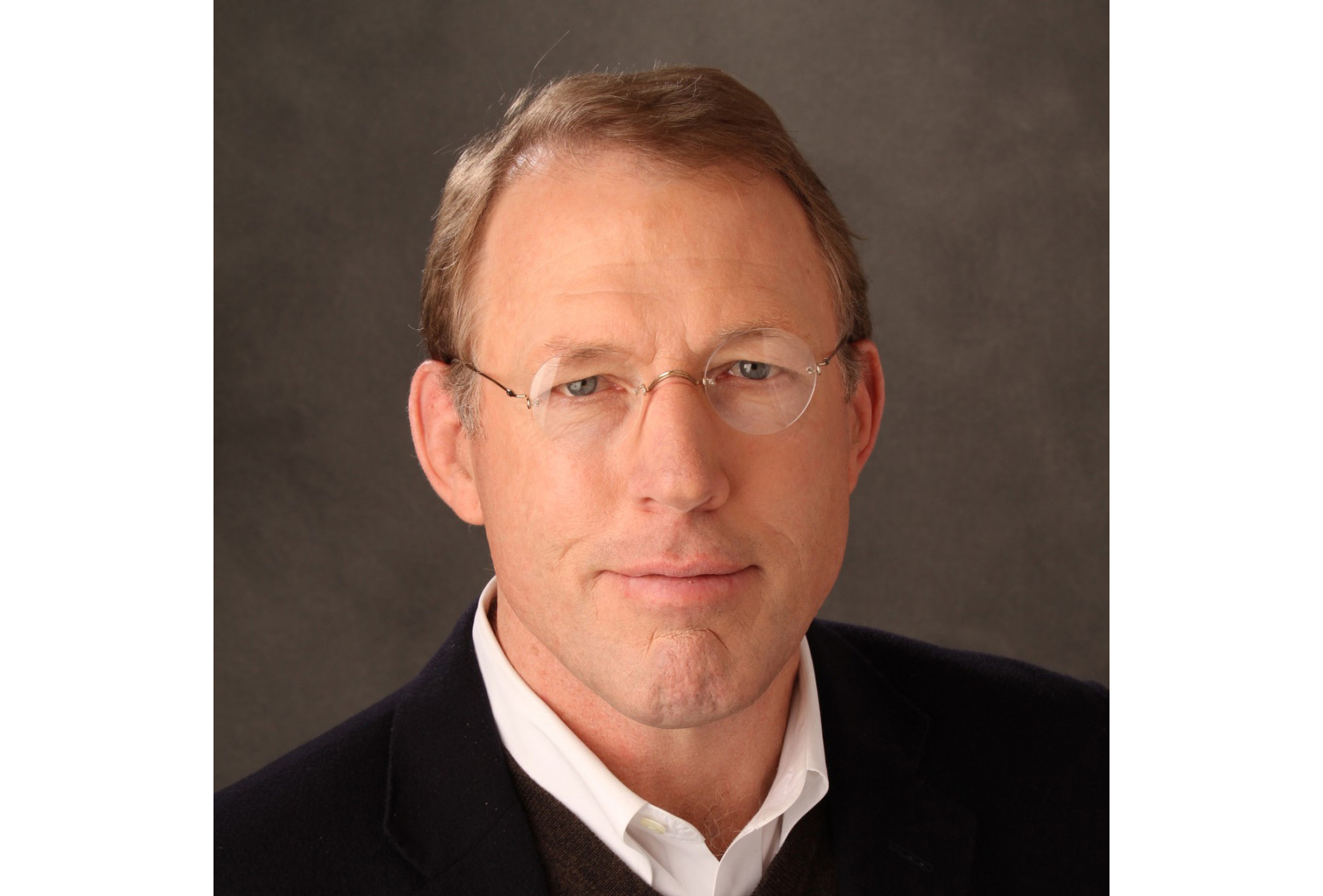 “It has been incredibly rewarding to serve on the board of directors of this great organization, so it is an honor to be appointed as chair,” Geraghty said in a statement. “I recently traveled to the Mokuru slum in Nairobi where Concern is transforming lives through building access to better quality education and health care. I left changed, awed by the realization that it is just one of hundreds of communities that Concern is reaching across the world. My commitment is not only personal – it also goes hand in hand with JetBlue’s mission of inspiring humanity. I couldn’t imagine a better fit, and I am proud to represent the entire JetBlue team in this important work.”

Geraghty, a third-generation Irish American, leads over 12,000 employees across 100 airports at JetBlue, which she joined in 2005 as the airlines vice president and associate general counsel and director of litigation and regulatory affairs. Her election as chair comes after one of the most successful growth periods in Concern’s 50-year history under Moran’s chairmanship, which he held since 2001. In the past 16 years, annual income at Concern Worldwide U.S. increased from $5 million to $40 million and the staff has grown from “a handful of people working day and night in a cramped mid-town office,” according to Haire, to a 50-strong team. Last year, Concern’s international operations reached 7.6 million people in 29 countries. 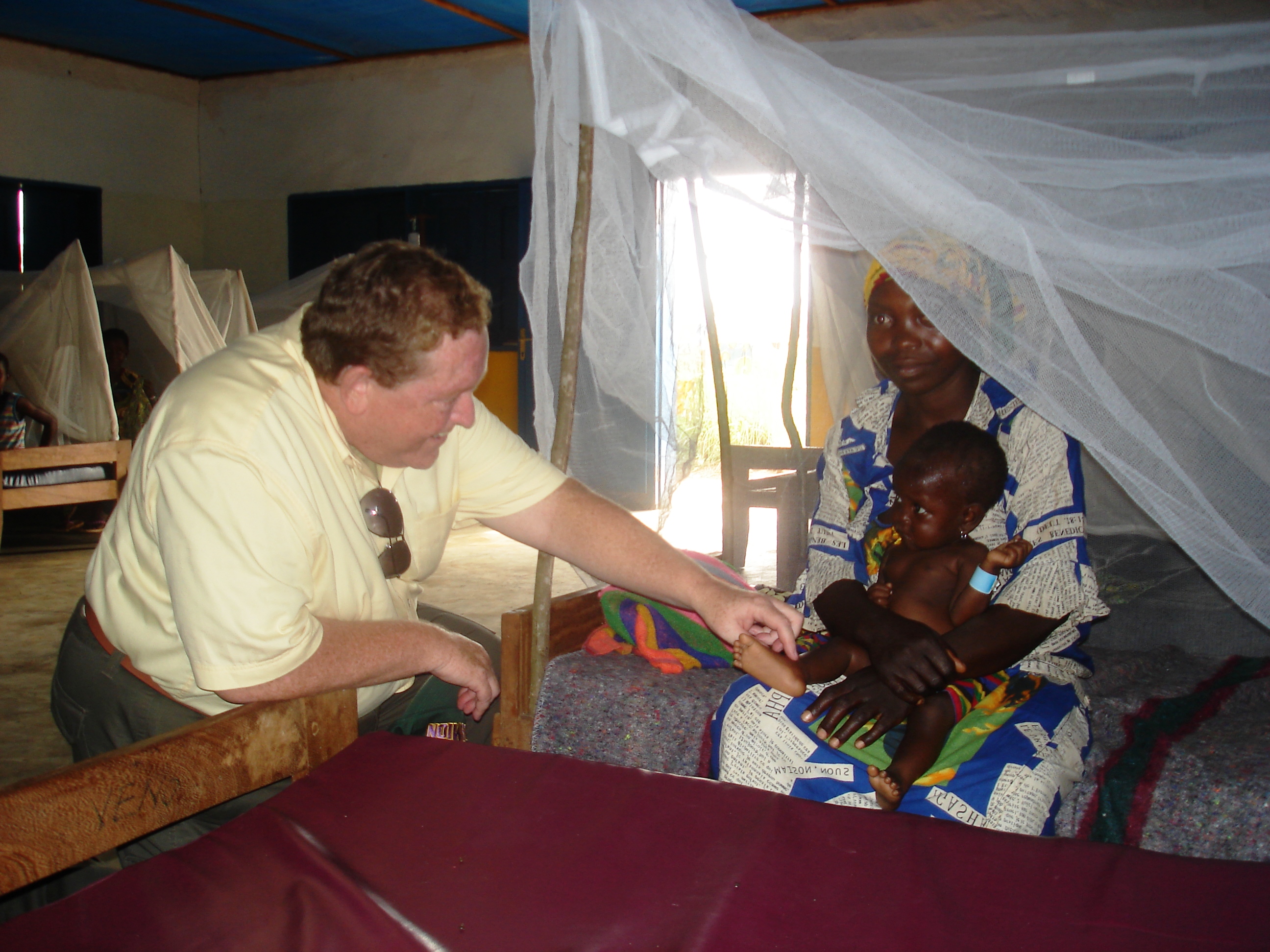 Tom Moran at a feeding center in the Democratic Republic of Congo.

Colleen Kelly, a native of Pinehurst, North Carolina and whose Irish roots are in counties Tyrone, Cork, and Carlow, brings more than 30 years of branding, marketing, and advertising experience to Concern. At SET, she firmly established the Portland-based company in New York City, and previously served as managing director of Triptent, at which she drove over 200 percent growth in two years.

“I am as excited as I am grateful to join this remarkable team,” Kelly said. “I look forward to listening, learning, and ultimately leveraging my experience as a communicator to help bring Concern’s story, and most importantly the stories of the millions of people we work with, to engaged and compassionate Americans to forge greater awareness, support, and impact. I also look forward to adding to our efforts on program innovation, as most of my career has been about pushing traditional boundaries, and, like Concern, driving results through positive disruptions.” 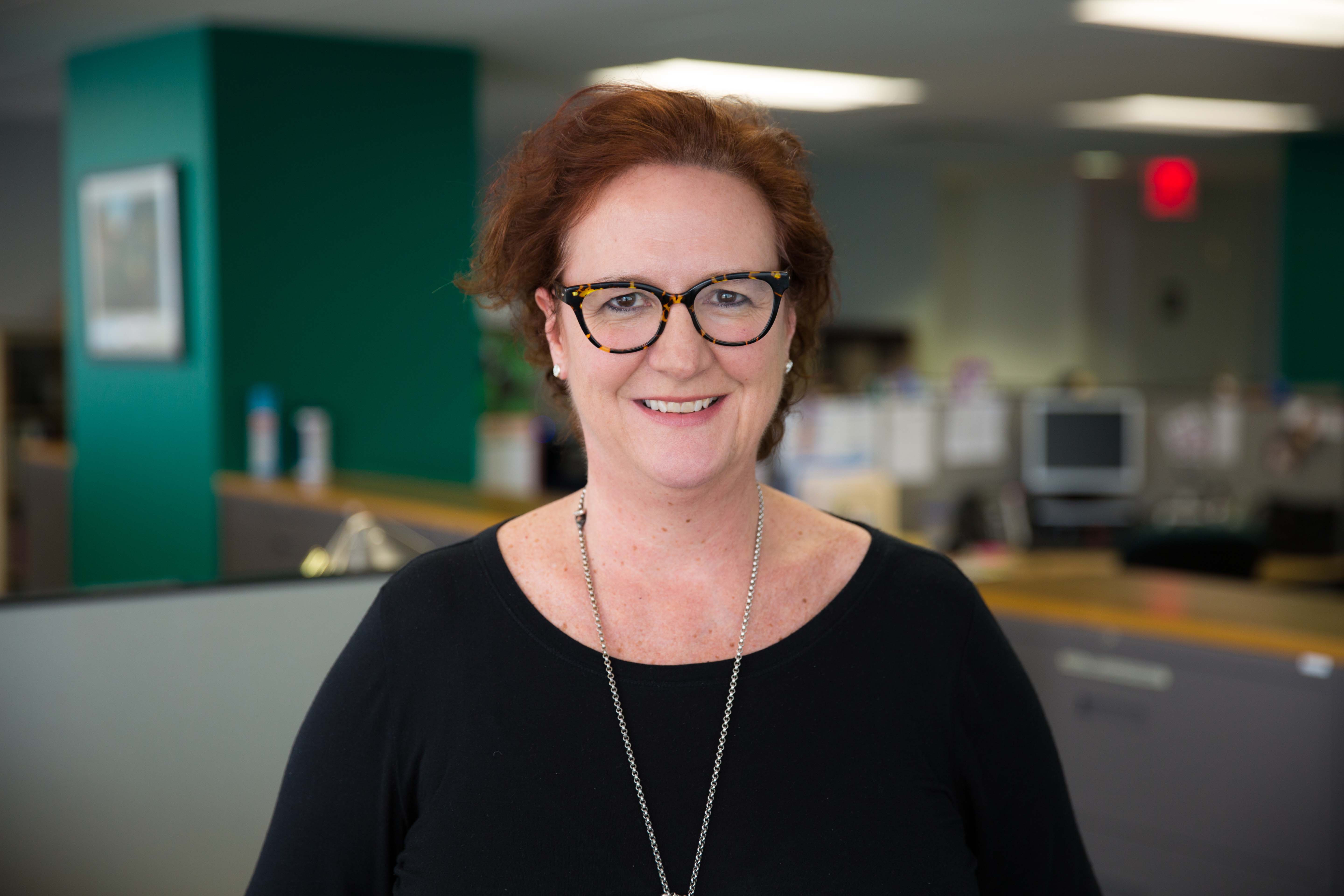 Colleen Kelly at the Concern office in New York.

Kelly is also a member of the Kelly Gang, a charity comprised of prominent entertainment, political, media, business, and sports figures who share the surname Kelly, and a driving force behind this year’s Kelly Gang St. Patrick’s Day Benefit partnership with Concern Worldwide U.S. The event will be held March 15, with all the proceeds going to Concern.

Haire, who was appointed CEO last year and has served on the board for 18 years, said “I could not be more confident in a successor than I am in Colleen. These are two singularly talented leaders, but more importantly they share with our team of 50 people in the U.S. and 3,000 around the world the humanitarian spirit and character that have come to define Concern Worldwide.” ♦