O’Dowd, who founded Irish America in 1985 with editor-in-chief Patricia Harty and later founded the Irish Voice newspaper, IrishCentral, and the Irish Lobby for Immigration Reform, received the Lewis L. Glucksman Award for Leadership in recognition of his news career and as one of the major driving forces in America for the peace process in Northern Ireland. President Bill Clinton has credited O’Dowd with being the first person to get him involved in the process in the early 1990s.

“Niall gave Irish America our voice. And it was not a contentious voice; it was not a ‘Whose side are you on?’” Ireland House co-founder and co-chair Loretta Brennan Glucksman said. “Niall always presented the even way. And if it weren’t for Niall O’Dowd, I am convinced that [while] there would have been an agreement with the North, I think it would have taken a lot longer. Niall put the right players together, very quietly, got the job done and never stood for acclamation.” 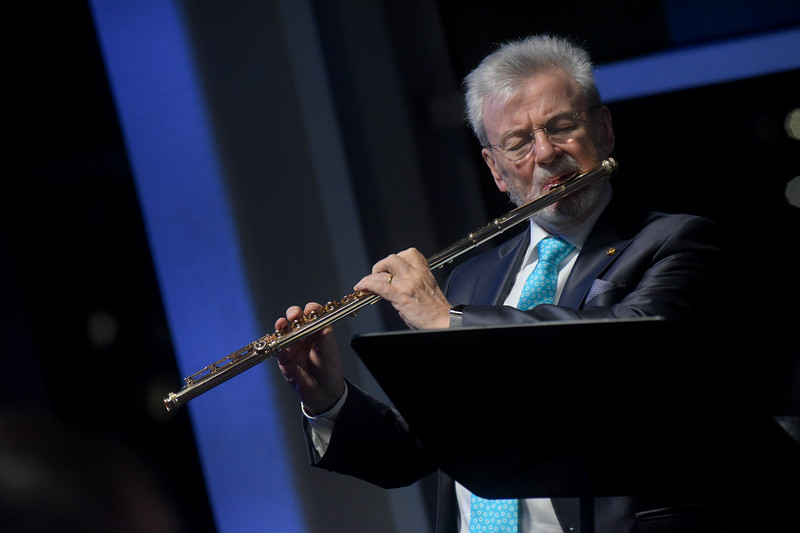 “I think that the stability that Niall and the intrepid Patricia Harty have done for us all these years, giving us a voice, letting us know that people share our moderation and our passion.”

Sir James Galway, an internationally renowned flute soloist whose career spans some of the most prestigious orchestras in the world, including the Royal Philharmonic and the Berlin Philharmonic, and who was the first wind player to be made a Knight Bachelor of the British Empire, received the Seamus Heaney Award for Arts and Letters. Born in east Belfast, Galway is also a supporter of the Music Generation project in Ireland, which offers young people access to music tuition.