There’s Something About Morag

Morag Prunty, who writes under the pen name Kate Kerrigan.

Morag Prunty, who writes as Kate Kerrigan, talks about growing up in London with Irish parents.

There are two ways it can go when you interview a former journalist. Either they are notoriously tight-lipped, all too aware of what their words will look like in print, or they are generously loquacious, probably having been on the business end of an awkward interview often enough to want to be the total opposite.

Thankfully, Morag Prunty is firmly in the latter category – she is entertaining and candid, and delightful company. Our lunch meeting in Ballina fits in with her writing schedule – she works out of her accountant’s office in the Mayo town in order to minimize the distractions of a busy home life. 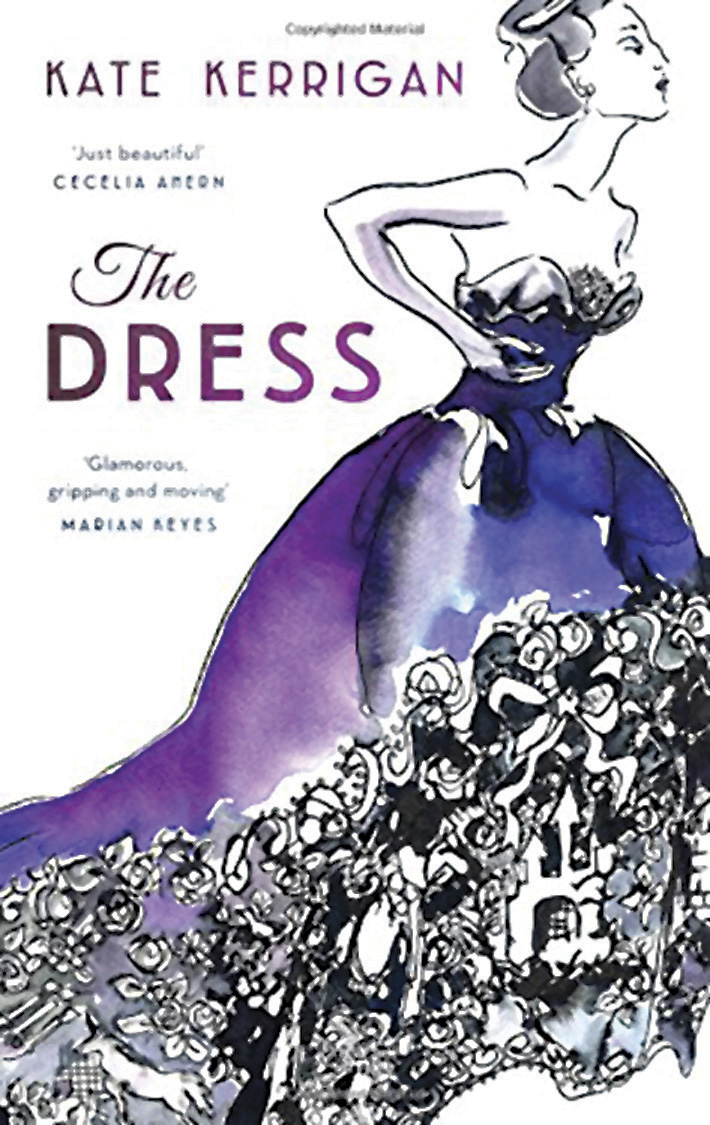 Prunty, who writes as Kate Kerrigan, is the author of the Ellis Island trilogy of historical novels (books two and three are City of Hope and Land of Dreams), as well as Recipes for a Perfect Marriage, The Miracle of Grace, and The Lost Garden. The Dress, her first novel under former Maeve Binchy editor Rosie de Courcy, was not her first foray into contemporary fiction, however, as she had written four earlier novels under her birth name.

Her newest book, It Was Only Ever You, was published in Ireland and the U.K. in October, and will be out in the U.S. in spring 2017. It’s set in the showband era of the late 1950s and takes place

between Ireland and New York City, a place to which she keeps returning. What attracts her to the Big Apple? “I think just because it’s such an exciting, vibrant city and when I first visited, I just got this really strong sense of it being the exciting city that the Irish went to, over and above Dublin and London,” she muses.

Having been raised in London by Irish parents during the 1970s and ’80s, she admits to being quite envious of the Irish American experience. Her “British-slash-Irish” background, she explains, left her with a deeply conflicted sense of identity, because of the difficulties between the two nations at the time. “The Irish Americans have a very different sense of identity of their own,” she says. “They’ve taken the very best of their heritage and whatever was fun and glamorous and exciting about being Irish and they’ve fed it through the prism of America. So they created something in America that still felt very Irish but was very fresh.”

In her view, Irish Americans have “a great sense of belonging,” which she felt she missed out on growing up in London. That, she says, is why she keeps returning to those times and to that one U.S. city in particular: “I always think it helps a book if you have a sense of joy, and New York for me is quite a joyful place, a place of possibility.”

Born in Scotland to a Ballina mother and Longford father who had met in Dublin and studied in Scotland, Prunty moved with her parents to London when she was two years old. One of four siblings, she moved to Ireland in the early ’90s and worked for ten years as editor of Irish Tatler. Now she and her graphic designer husband live with their two sons (ages six and fourteen) in Killala, County Mayo. She feels strongly rooted in Mayo and is certain that living there helps her writing. “Even though I might be setting books in America, the roots of them are here in Ireland,” she says. “This is the place where everyone came from. Just living here is an awful lot of my research.”

Did her background in journalism help her with her start in writing fiction? “I think it helped in some ways and hindered in other ways,” she says. “It helped me structure things and be quite technical about things which helps a lot when you’re writing fiction.” On the other hand, she points out, it can be difficult to get your head around writing speculatively when you’ve been used to being paid by the word, she says. “And also, journalism is all about writing what you know, while fiction is about leaping into the unknown.”

Along with the fiction writing, and the odd column or piece of journalism she still contributes, Prunty is a mentor for writing students at the National University of Ireland Galway. Her own writing, she says, is done mostly during the day, and she keeps to office hours as much as she can, in order to have time with her family. “If I was given my choice, I would just write the whole time until the book was finished, but I can’t do that any more,” she admits. From time to time, she escapes on her own to London or to one of the many writing retreats in Ireland – Annaghmakerrig or the Heinrich Böll cottage in Achill. “My husband knows it’s actually less annoying for him to have me gone out of the house than to have me locked in the office panicking and working,” she laughs. Writer’s block isn’t an issue, she says, as “it’s the thing I dread the most, so I try to make sure I never get it.”

With It Was Only Ever You almost at the final stage of editing at the time of our meeting, Prunty says she has “no idea” for her next book, but is mulling over an idea for a long short story, as it were, and there are a few other irons in the fire. She has a long-standing interest in taking a serious and in-depth look at the lives of second-generation Irish in the U.K. “There was more bad feeling coming over to Ireland and having an English accent than there ever was having Irish parents in London,” she says. “It caused a lot of confusion and that’s still there.”As long as Prunty can use that confusion to good effect in her Kate Kerrigan novels, her readers will thank her for it. ♦

Celebrating its 10th anniversary, the Origin 1st Irish Theatre Fest, which ran during the month of January, welcomed...