Donal Ryan is one of Ireland’s best new writers. His first novel, The Spinning Heart, was published to great acclaim in 2012. It won the Guardian First Book Award, the European Union Prize for Literature, and Book of the Year at the Irish Book Awards. It was shortlisted for the Man Booker Prize, and the Desmond Elliott Prize. 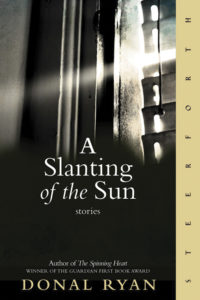 Born, in 1976, outside Nenagh, Co.Tipperary, Ryan is a keen observer of human nature – the petty class-distinctions and small-mindedness of small-town life, the loneliness and displacement, disquiet and quiet triumphs of a people living in post-Celtic Tiger Ireland. Though the downturn in the economy serves as a backdrop to much of his fiction, his stories are timeless in that they concern the emotions of the heart – the core of human nature through the ages.

Ryan himself, faced down numerous rejections before Sarah Davis-Goff, an intern at Lilliput Press, uncovered his The Spinning Heart manuscript in a slush pile. (Davis-Goff went on to start her own publishing company). Following the success of The Spinning Heart, Ryan’s The Thing About December (written before The Spinning Heart) was published in 2013, also to wide acclaim.

In 2015, Ryan released a book of short stories, A Slanting of the Sun. The story from which the book gets its title won the Irish Book Awards Short Story of the Year. (“Sky,” another story from that collection, is printed in this issue).

Ryan holds a degree in law from the University of Limerick, where he is now a writer in residence. He lives with his wife, Anne Marie, and their two children in Castletroy on the outskirts of Limerick City. His new book, All We Shall Know, was released by Penguin, Random House in September. 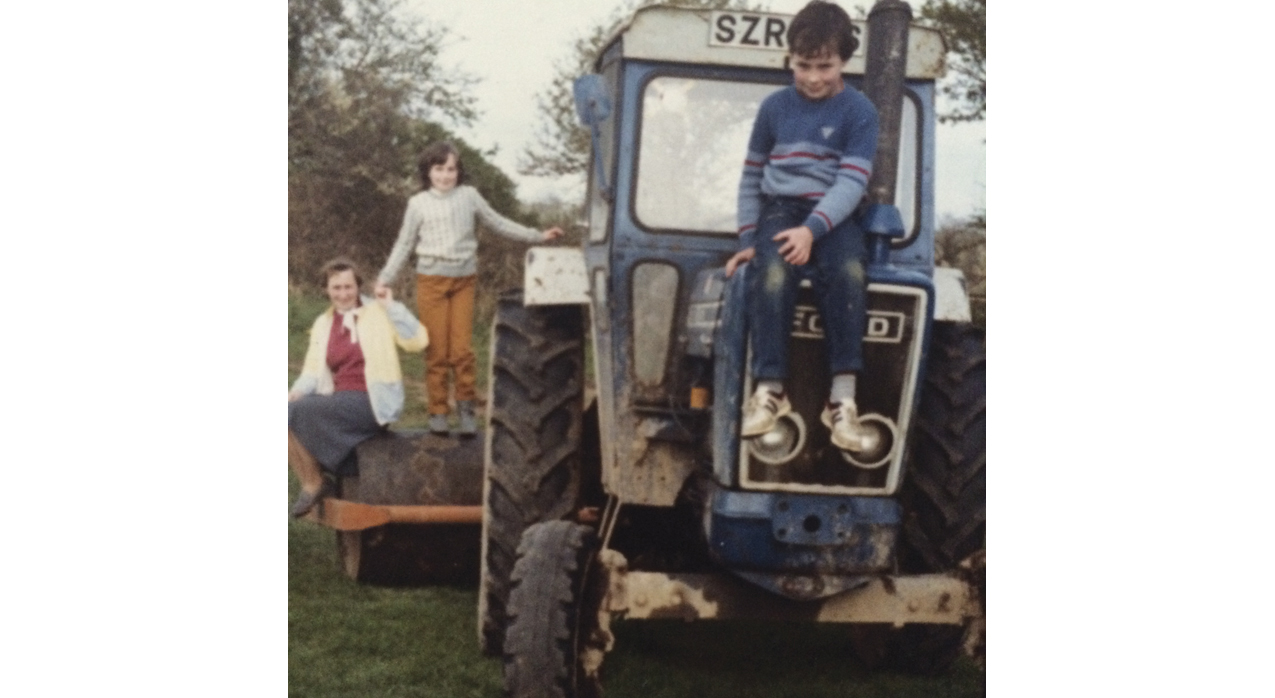 Donal with his mother and his sister, Mary. (Photo courtesy Donal Ryan)

Being in my mother’s arms and tracing letters of the alphabet with my fingertip onto a patch of sunlight over the fireplace, while she told me what a clever boy I was.

Did you read a lot as a child?

I never stopped. Comics, annuals, magazines, children’s books, adult novels, everything in between. If I was stuck I’d read lists of ingredients from food packaging. My parents would buy books in job lots and my sister and I would devour them.

When did you start to think of yourself as a writer?

Around the age of nine. After Barry McGuigan lost his world title to Steve Cruz. I loved Barry, really loved him. My dad was hugging me that night because I was crying so much, and he was saying, “Don’t worry, love, there’ll be a comeback fight and Barry will get his belt back. It was the heat that tipped it towards Cruz.” I wrote the story of Barry’s reclaiming of his belt and I felt this strange relief, like it could be true because I had imagined it and then sort of made it real by putting it on a page in ink.

Were your family encouraging of your ambition to be a writer?

My family have always been hugely encouraging. My parents instilled the belief in us that there was absolutely nothing we couldn’t do. They did it in a really subtle, natural way, by making it obvious that they believed in us, that it was okay to f**k things up, once you learned from your mistakes. That you had to be decent and hardworking, and everything else would follow.

Did you receive a lot of rejection letters on your way to recognition?

I received 47 rejection letters and emails. If you count the non-responses as rejections you’re up near 100. I asked for it, though. I sent manuscripts everywhere, all over the world. I probably sent manuscripts to people who weren’t even involved in publishing. I got a letter once from a solicitor in Dublin, saying, “Your novel looks very nice, but we’re not sure what you want us to do with it…”

Who are some of your own favorite writers?

Did growing up in small-town Ireland influence your writing?

I can’t deny this, since my three novels and all my short stories are set in small-town Ireland. My native place is joyously fecund. Its language and landscape and lexicons are my readily-available raw materials. There’s nowhere in the world for me like North Tipperary.

John B. Keane is reported to have said of Nenagh, your home town, “They should build a wall around it and let no man in and no man out.” What do you think he meant by that?

I love John B. Keane. He’s my greatest literary hero. His son Billy is one of my favorite writers and a great friend. I’d never heard this quote before. I’m sure he was only slagging! 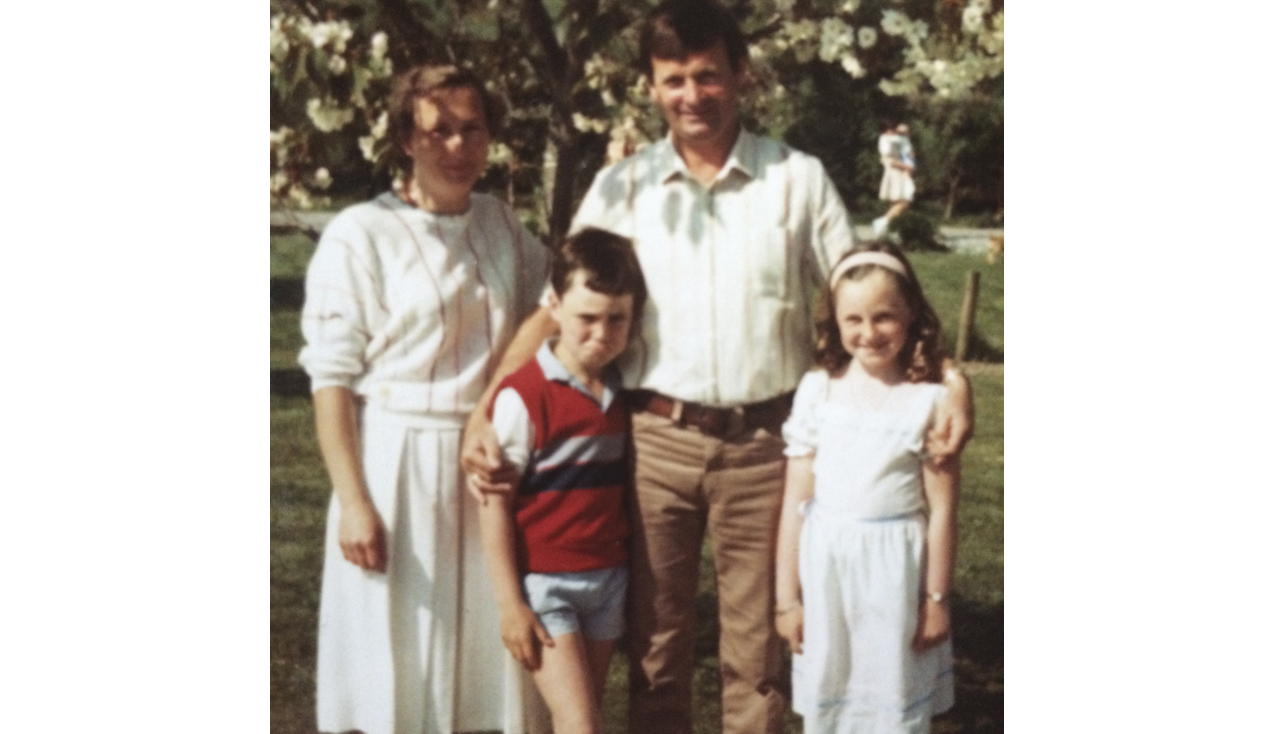 Donal with his sister, and his parents, Anne and Donie Ryan. (Photo courtesy Donal Ryan)

What books are currently on your nightstand?

They’re nearly all proofs. Advance copies are one of the serious perks of being a published writer. There’s a copy of Sebastian Barry’s amazing, life-affirming new novel, Days Without End. There’s also a printout of Paul Lynch’s stunningly beautiful third novel, Grace, due out in the U.S. next year. Sam Coll’s mad, glistening debut, The Abode of Fancy, is there as well. Christine Dwyer Hickey’s Cold Eye of Heaven is on the pile as it’s due a re-read, as is Billy Keane’s wonderful The Ballad of Mo & G. Some books just feel like old friends. There are two poetry collections on my nightstand always: Martin Dyar’s Maiden Names and Colm Keegan’s Don’t Go There.

The best gift you ever received.

The books my parents bought me as a child.

What’s your favorite piece of music? And opening line in a book?

My current favorite opening line in a book is, “I get the willies when I see closed doors.” It’s from Joseph Heller’s Something Happened, and I like it because the book continues, relentlessly, in that vein; a series of confessions, that are sometimes almost too much.

I am the world’s greatest arm-wrestler. I have never been beaten. Many a man and woman have tried, all have failed. I once beat a Munster pro, both arms. He threatened to throw me through a window.

Where did you meet your wife and when did you know you wanted to marry her?

I met Anne Marie on a picket line when she and her colleagues were on strike. I was chair of a neighboring branch of the union and went to walk in solidarity for a day. After our second date we were sitting in my car outside her apartment and I thought to myself, “I never want this conversation to end. I have to marry her!” It took me a few years to actually ask her, but I knew from that day.

Roast beef at my parents’ house.

Youghal Quay, near the village of Newtown, North Tipperary.

Favorite place outside of Ireland?

Paris. I know probably half of people asked will say it, but I just love it.

Out running. The more I think, the easier the running becomes.

Where do you go to write?

My office at the University of Limerick, where I teach creative writing.

Best advice you ever received?

“Be yourself.” Followed by, “shut up and listen.” 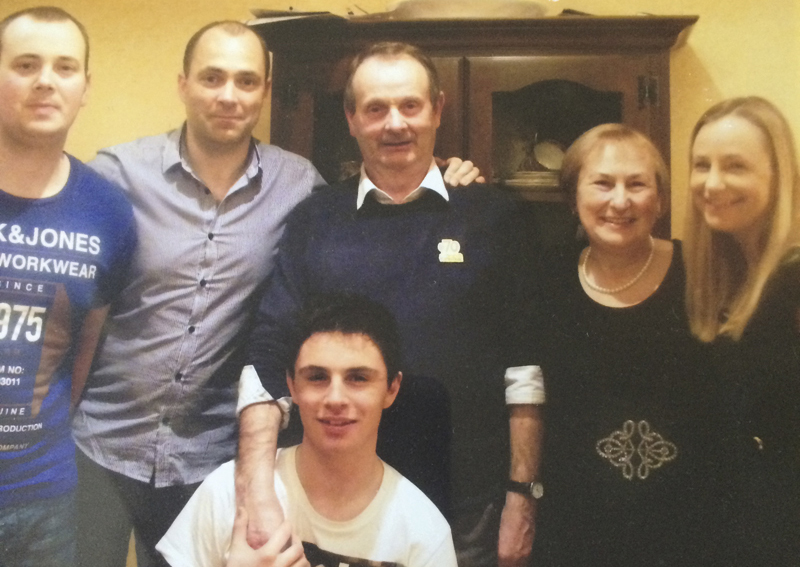 Did you play sports as a boy?

I played Gaelic football for Nenagh Éire Óg, and I cycled with the North Tipp Wheelers. I was terrible at football but I never missed a training session so our coach, the brilliant John Kissane, always played me and I never failed to let him down.

Are you a rugby or a hurling fan?

I like rugby. It can’t be avoided in Limerick, where I live. Paul O’Connell lives near us. He’s a lovely guy as well as being a legend. I love hurling. I rarely miss a Tipp match. I go with my father and our friends, the two Mikes and Jennifer. It’s been the exact same crew for years. I was doing a reading in a theater in Boston in 2014 and my slot happened to coincide with the all-Ireland replay against Kilkenny. Halfway through, two women rocked in wearing Kilkenny jerseys, and interrupted my reading to say, “Ye beat us, Donal!” I started jumping around like a lunatic, punching the air and screaming, frightening the life out of half the audience, and then they said, “ha ha, ha. We’re only messing with you.” That’s pure Kilkenny, that kind of thing.

How did you feel about Tipperary winning the minor, and the senior, hurling finals, this year?

I was there in Croke Park, four rows from the goal, in the Lower Davin Stand. I can’t describe it. It was beautiful, glorious, perfect. My dad had spent the whole week telling everyone we were going to win by nine points. I don’t know how he did that!

Why do you think Ireland produces such great writers?

Here’s my theory. Our country was taken from us and a foreign language was forced upon us. Irish is a glorious language of stories, hyperbole and outright lies. “Tá ocras an domhain orm!” Not “I’m very hungry,” but “The hunger of the world is on me.” The cells of our bodies are Gaelic, and we twisted and corrupted and broke the English language apart, to fit our being, to rest comfortably on our tongues. We spoke a half-language of stories and plámás and exaggeration because we were forever in fear, under the cosh, trying to hoodwink the invader, the lord of the manor, the magistrate, the redcoat, the big man who could crush us. Our most powerful weapon was language, and we revelled in it, and we used it to devastating effect. Stories were our hope and our salvation. And if that all sounds a bit precious, the core of it is, we’re great craic, and we love an old story. ♦

Read Donal Ryan’s short story “Sky,” from A Slanting of the Sky.

One Response to “What Are You Like?
Author Donal Ryan”