Gary and Paul O’Donovan, of Lisheen, Co. Cork, made history at the Rio Olympic Games in August when they secured the country’s first ever medal in a rowing event. The brothers, who sped from fifth position at the halfway point, came in second place in the lightweight men’s double sculls, a feat which also marked Ireland’s first medal won at this year’s Olympics.

The brothers’ 6:31.23 finishing time was not the only thing that drew praise, as the Irish public immediately took a shine to their down-to-earth attitude and laid-back west Cork accents in interviews running up to the event and as post-event interviews went viral.

Speaking after the semi-final, Paul, 22, explained cheekily that rowing “isn’t too complex, really. [Get from] A to B as fast as you can go, and hope for the best. Close the eyes and pull like a dog.” His words inspired the viral hashtag #PullLikeADog. 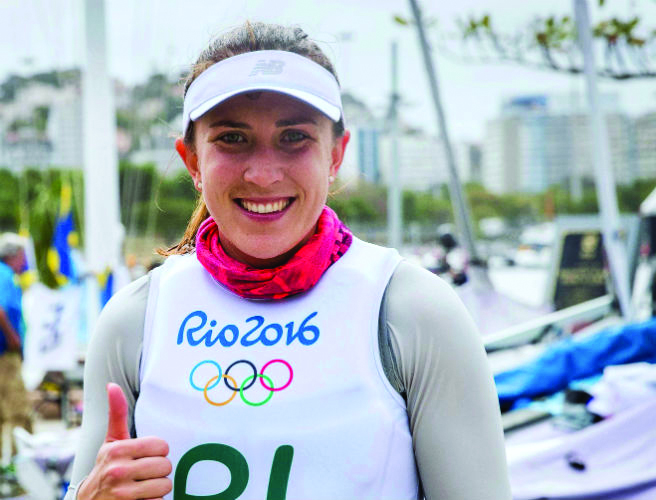 First competing internationally at the 2012 Olympics, her first major medal came in 2013 – gold at the European Sailing Championships. “The last four years have been all about Rio,” she told the Irish Times. Now, she says every morning she wakes up, “I feel like I just dreamt about it. I really don’t know how it happened. It still doesn’t feel real.” ♦