Mary McAleese, Burns Scholar 2013, served as the eighth President of Ireland from 1997-2011. Photographed at the Library of Trinity College Dublin by Kim Haughton for the exhibition Portrait of a Century.

Since 1991, the Burns Visiting Scholar in Irish Studies program at Boston College has invited various academics and experts in Irish Studies to live on campus, where they teach, confer, and conduct research for their own projects. Every year, the scholars credit the program as beneficial and crucial in the development of their work. As the program turns 25 this October, we asked a number of the Scholars to tell us what the experience meant to them.

Since its founding in 1863, Boston College has maintained a commitment to service through knowledge. The knowledge base, says David Quigley, Provost and Dean of Faculties, “emerges in large measure from extended studies of our traditions and the great works of the past.” Those traditions de rive from the College’s Irish roots. Those great works include texts found in the College’s library collections, which provide resources for research and scholarship. These two ideas – of interacting with the community and facilitating research – are evident in Boston College’s scholarly programs. In particular, the College’s department of Irish Studies fosters deep engagement with Irish culture and society. 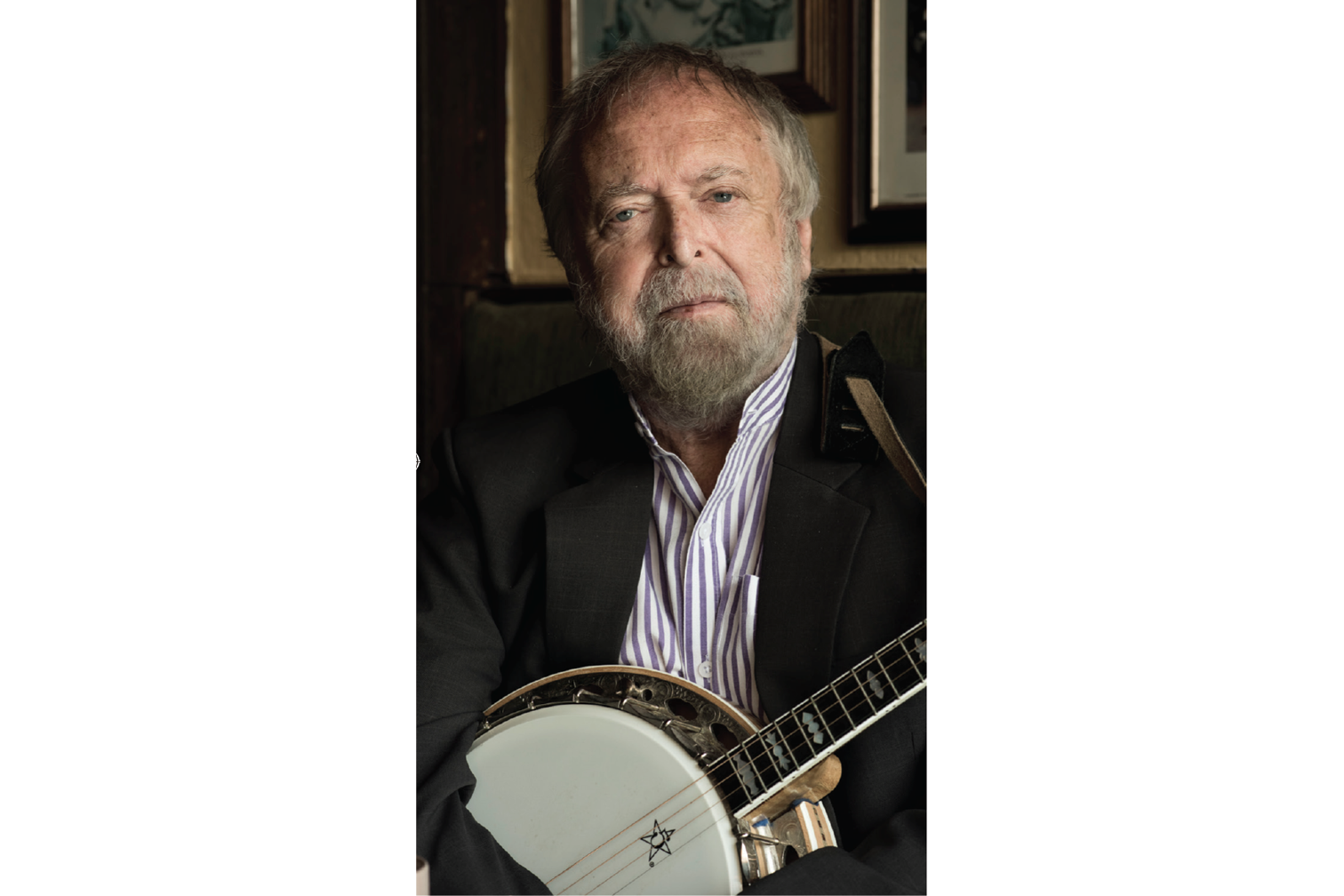 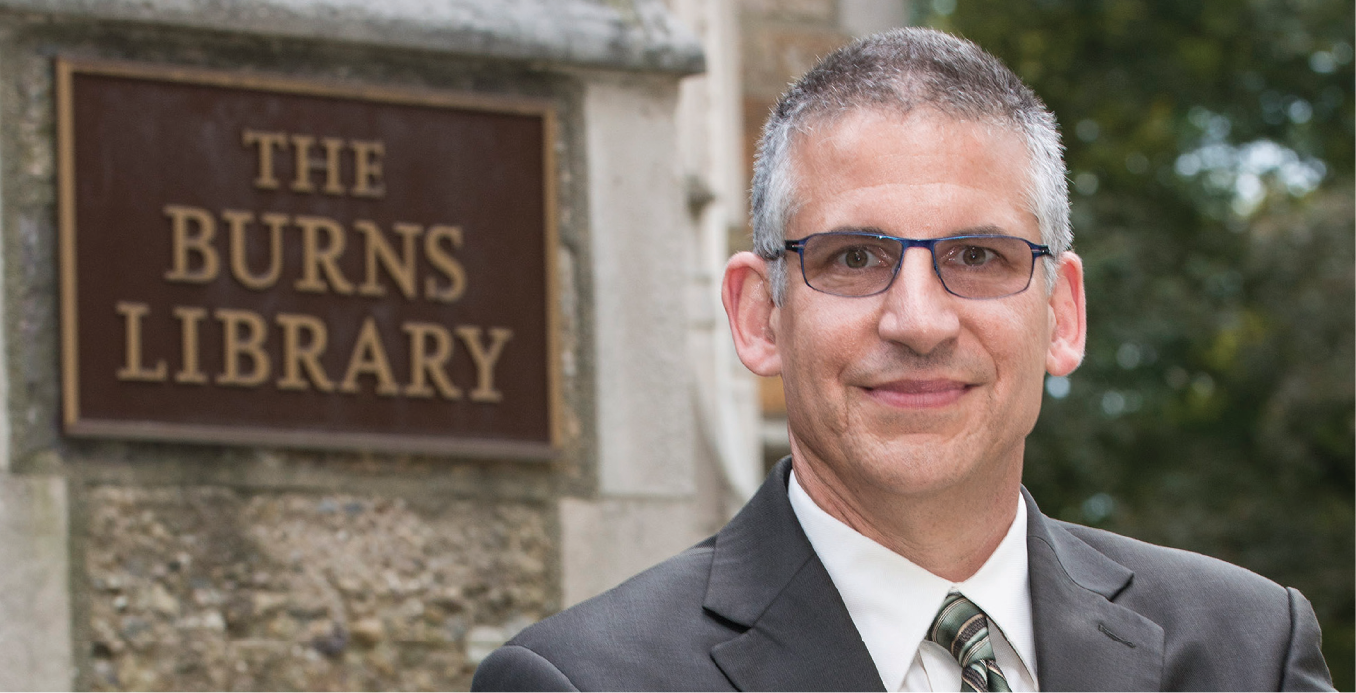 Boston College’s Irish Studies department offers courses on Irish social, economic, political, and cultural history; on Irish literature, film, art, and music; and the Irish language. The program’s strength is its accessibility to students, the community, and the wider research world – connections forged through its partnership with the John]. Burns Library, the university’s repository of rare books, special collections, and archives. Called the “guardian of Irish culture” by Irish America magazine, Burns Library preserves the historical, literary, musical, and artistic heritage of Ireland, and provides access for research, teaching, and general appreciation through online resources and onsite exhibitions. Burns Library holds more than 50,000 volumes of Irish history, literature, and culture, and dozens of manuscript and archival collections; it is the largest and most comprehensive collection of Irish research materials outside Ireland. 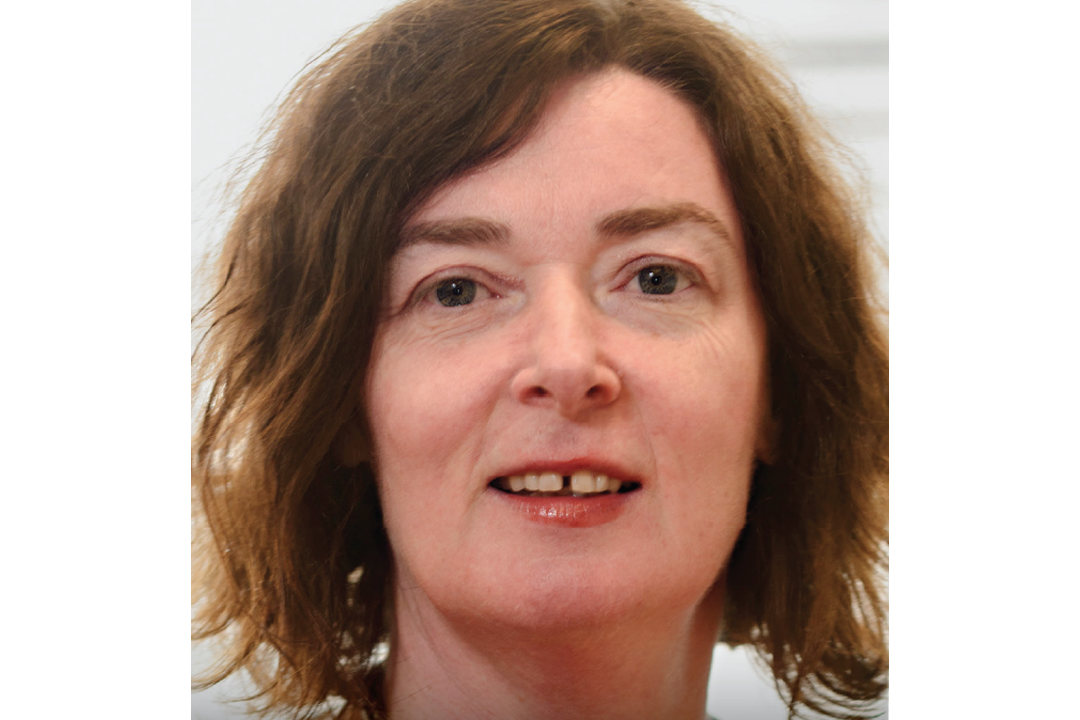 Burns Library was created in 1986 with substantial support from the Burns Foundation. The Foundation subsequently endowed the Burns Visiting Scholar in Irish Studies program. Thanks to the program, for every academic year or semester since 1991, Boston College has welcomed a scholar, writer, or artist who has made a significant contribution to Irish cultural and intellectual life. The Center for Irish Programs periodically publishes calls for nominations and applications for future Burns Visiting Scholars.

The roster of Burns Scholars include such luminaries as Mary McAleese, (Fall 2013), who served as the eighth President of Ireland from 1997-2011 and is a lifelong academic and barrister, McAleese is currently pursuing a doctorate in canon law at the Gregorian University of Rome; Kevin Whelan, (1995-96), author of sixteen books and over 100 articles on Ireland’s history, geography, and culture; Margaret MacCurtain O.P., (1992-93), historian and pioneer in the field of women’s history in Ireland, and former Prioress of Sion Hill Convent (Dominican), Dublin; Nuala Ni Dhomhnaill, (1998-1999), regarded as the finest poet in Ireland writing in the Irish language, and whose papers are archived at Burns Library; Paul A. E. Bew, (1999-2000), now Lord Bew, is Professor of Politics, Queens University, Belfast, and an authority on the politics and history of Northern Ireland; Brendan Kennelly, (Fall 2007), author of more than 30 books of poetry; Peter Fallon, (2012-13), poet and founder of The Gallery Press who says that “the Burns Visiting Scholar program … gives the scholar or the writer the gift of time. I was able to take a much-needed break from my work as a publisher to complete Strong, My Love, my first collection of poetry in seven years;” and Mick Moloney, (2004-05), who utilized Burns Library’s Irish Collection to complete his book about the history of Irish traditional music in America.

NicholasAllen, (2010-2011), says, “The Burns Scholar offers a unique opportunity for an academic based in Ireland to come to America to engage with wonderful faculty at one of the leading Irish studies programs in the world.”

The Scholars attest not just to the support they received but also to their contributions to the College and the goal of advancing Irish-American cultural links. Many point to resources available at Boston College and Burns Library that enabled substantial progress and completion of major academic projects. Alvin Jackson, (1996-97), says that the Burns program “was critical in the writing of my book Ireland 1 798-1998: War, Peace & Beyond.” Jackson, whose work concerns the politics and culture of the Home Rule era, says that he was able to explore “much wider intellectual territories. It is difficult for me to imagine how it might have been completed without the support of the Burns program.” Jackson credits the program with sparking lasting scholarly friendships that flourish in both countries. 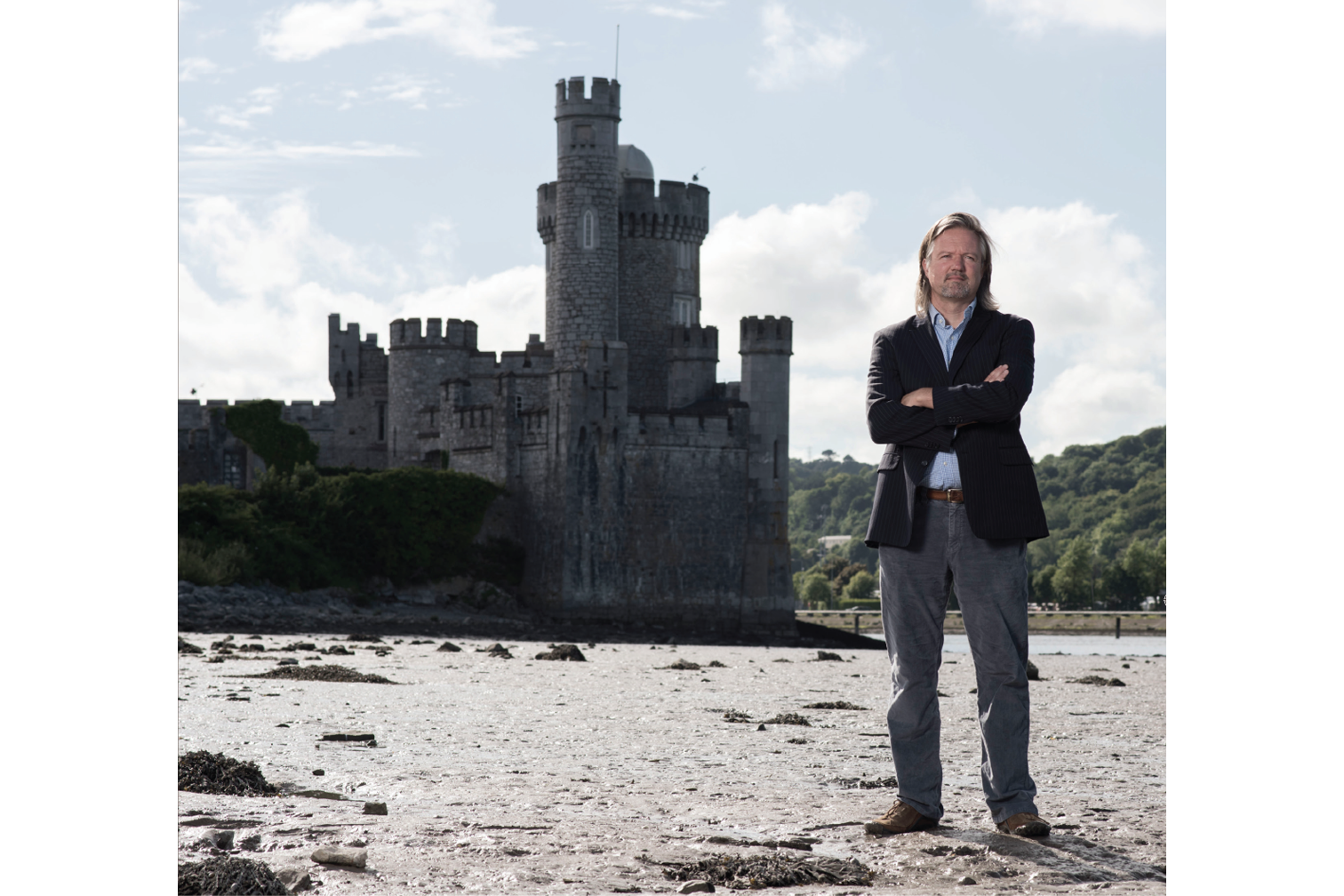 Nicholas Allen, Burns Scholar, Spring 2010, photographed at Blackrock Castle on the banks of the River Lee in County Cork.

Thomas Bartlett, (2009-10), cites “the Library setting, its holdings, and its staff’ as critical to finishing his acclaimed Ireland: A History, published by Cambridge University Press in 2010. 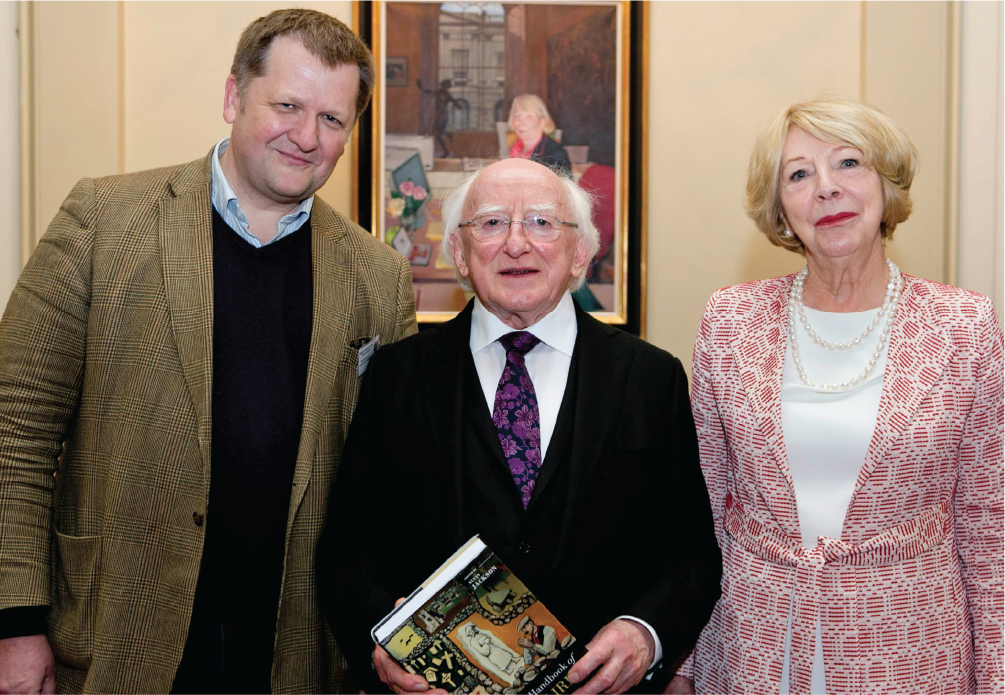 The Burns Scholars themselves are a resource for the Irish Studies department. Recently, James H. Murphy, C.M., (Fall 2015), was named interim director of the Boston College Center for Irish Programs for the 2016-17 academic year. Murphy brings to Irish Studies his background as a scholar of Ireland’s “long century” – the years 1791-1922 – the time , says Murphy, when modern Ireland emerged, when the relationship between England and Ireland changed, as did “Ireland’s view of itself.”

Margaret Kelleher, (2002-03), remains deeply connected with both the program and Boston College, where she earned her Ph.D. in English. Kelleher and her work embody the core aspirations of the Burns Scholar. Kelleher describes her year as “truly a formative period”; like Jackson, she enjoyed “the resources and time to work with Professor Philip O’Leary on our project, the Cambridge History of Irish Literature.” This collaborative work “comprises 1,400 pages and 28 contributors, and is the first comprehensive history of Irish literature written in both Irish and English. Spanning fifteen centuries of literary achievement, the two volumes range from the earliest medieval Latin texts to the late twentieth century.” Today, Kelleher has expanded her outreach. In addition to serving as Chair of Irish Literature and Drama at University College Dublin, she is Chair of the International Association for the Study of Irish Literatures, which has over 400 members in over 25 countries, including Japan, Brazil, and most recently China. Her most recent project is the Digital Platform of Contemporary Irish Writing (contemporaryirishwriting.ie), a resource designed to highlight Irish writing today and to bring these writers to the attention of wider global audiences. 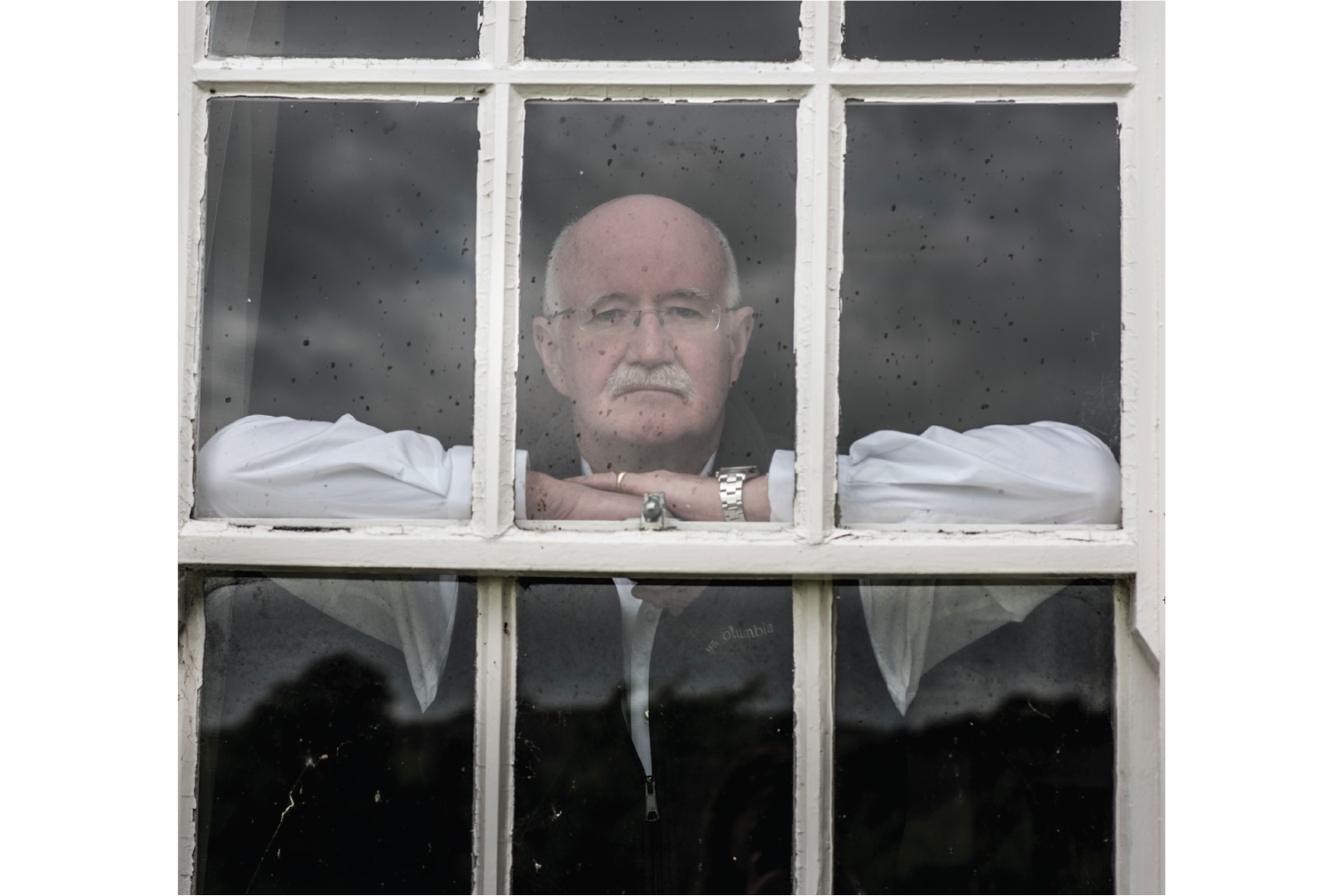 Peter Fallon, Burns Scholar 2012-2013, is a poet and publisher, and founder of The Gallery Press, which has been recognized as Ireland’s pre-eminent literary publishing house. Photographed at home in County Meath.

The move beyond national boundaries into a future of global connection is a reality for Kelleher and other Burns Scholars. Colman Ó Clabaigh, (Spring 2016), a Benedictine monk, uses medieval Ireland as the laboratory for his inquiry into the impact of religion on all aspects of life among common people. By plumbing the depths of medieval Europe, Ó Clabaigh has – thanks to the support of the Burns program – begun to unravel universal archetypes and their role in secular life.

Kevin Whelan, Burns Scholar 1995-1996, is director of the Keough-Naughton Institute for Irish Studies at the University of Notre Dame. Photographed at O’Connell House, Dublin, home of 18th-century Irish political leader Daniel O’Connell from 1809 until his death in 1847.

The Burns Visiting Scholars program has left its original orbit. Kelleher and others have seized the opportunity to transcend nationalities and reach new audiences. Today’s community is one without borders. As Colman Ó Clabaigh states, the matter of “ethnic identity” is of great significance in the modern world, where people cross borders while searching for an authentic expression of self. In this way, Irish Studies can be a channel for that quest. As Gerald Dawe, (2004-05), puts it, “Irish Studies is a force field of cultural and literary knowledge. When it’s taught with an open mind, it takes students into the wider world of history and otherness, of how a small island on the westerly flank of Europe survived economic and spiritual challenges of colonialism, conservatism, civil and political wars, and sectarian attrition such as the Troubles, and yet has managed to look at itself critically… Irish Studies only works in the context of other national or international traditions; which it must be now more than ever as our world becomes increasingly globalized. You can’t go back to some dewy-eyed version of our pasts, Irish or any other. We have to look forward. And I think Irish Studies can do precisely that; look forward by understanding the past. That’s why it’s critical for students on both sides of the Atlantic to be mobile. They need to re-imagine their cultural and political traditions in the light of where they are, wherever that might be.”

For decades, Brian P Burns, grandson of an Irish immigrant, has been a tireless supporter of Irish -American culture. A prominent executive, attorney, and philanthropist, whose collection of 19th century Irish art is the finest in the US, Brian maintains a commitment to academic excellence and community service. 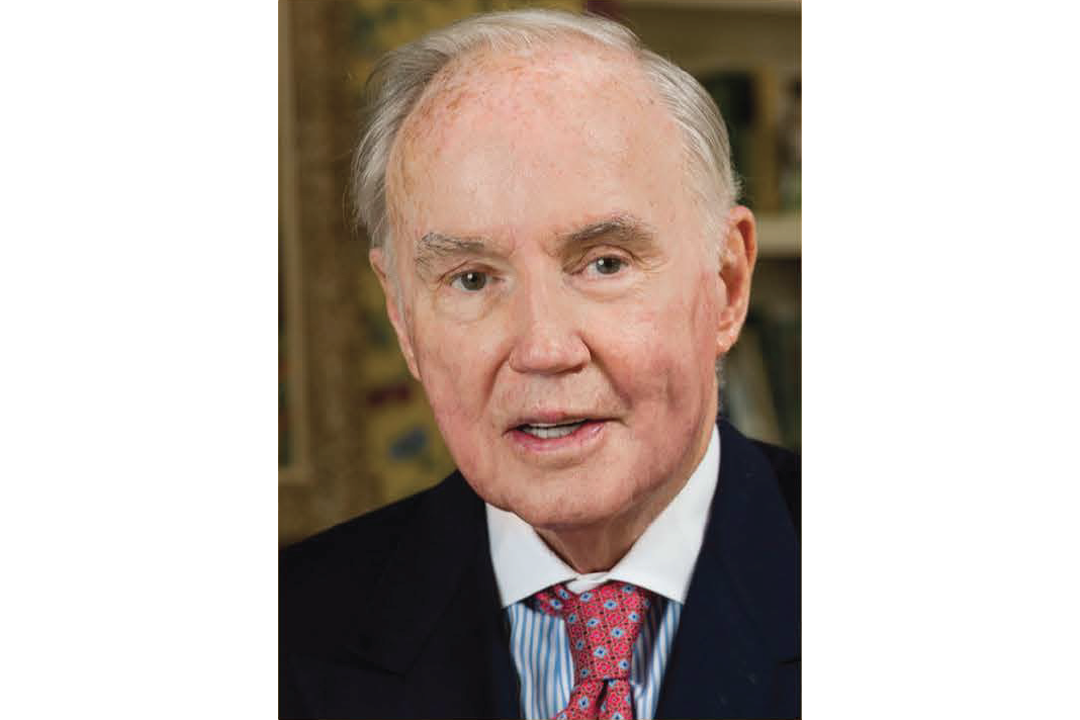 In 1986, Brian and the Burns family founded The Honorable John J Burns Library of Rare Books and Special Collections at Boston College. The library is named for his father, a first-generation Irish-American who became a judge and law professor. With Brian’s support, former Burns Librarian Dr. Robert K. O’Neill, who retired after 26 years, acquired the most comprehensive collection of poet W.B. Yeats’s manuscripts outside Ireland.

Since 1991, through Brian’s endowments, the library hosts an annual visiting professorship that brings a figure of academic or cultural significance to campus to work with the Irish collection and teach students. The contributions of Burns Scholars do this grandson of an Irish immigrant proud.

This year Brian celebrates his 80th birthday and shows no sign of slowing down. He and his wife, Eileen, have eight children and 15 grandchildren.

Photographs by Kim Haughton except where indicated