The dedication of California’s first memorial to the Irish Hunger. (Photo: Loretta McCarthy)

The community of Eugene, California welcomed the state’s first Irish Hunger Memorial at its dedication ceremony in Saint Joseph’s Cemetery in September. It was the product of efforts by the Irish Cultural Society of Stanislaus County and the San Francisco Chapter of the Irish American Unity Conference, and about 100 locals were present to see it unveiled.

The memorial’s location is a significant one – the first settlers in Eugene were a pair of Irishmen named Dillon and Dooley, who erected a change station for horses of the Kelly and Reynold stage line. When the settlement had reached its peak in 1870, James Nolan, another Irish immigrant, became its first postmaster. Nolan would go on to donate the land for Saint Joseph’s Church, which by the 1890s was the settlement’s final remaining building. It too was eventually torn down, leaving the cemetery grounds upon which the simplistic headstone and plaque of the Hunger Memorial now stand. 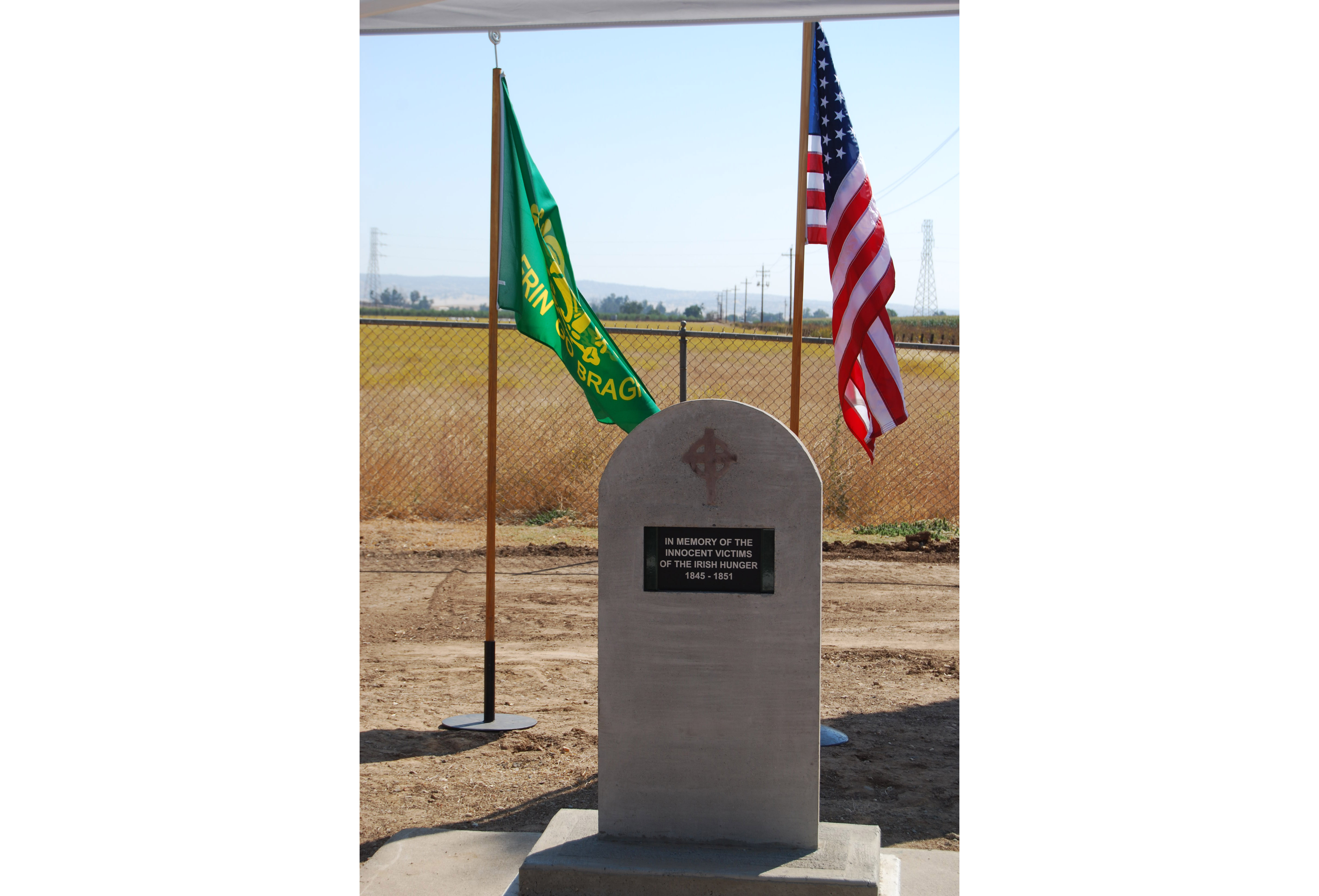 “When the Irish came to California, they were among the first pioneers,” said Philip Grant, Consul General of Ireland in San Francisco, at the unveiling event. “There were no cities to find themselves in the slums of. Instead, they built the cities.”

He added, “It is as important to have a Famine memorial in a small rural cemetery in the middle of the foothills in California as it is to have it in Boston, or New York, or New Orleans because this is a very important part of how a people found salvation, how a people found hope.” ♦