A new public service announcement campaign from the Rory Staunton Foundation for Sepsis Prevention, founded by one of Irish America’s 2016 Healthcare and Life Sciences 50 honorees, has gone viral.

The emotional videos were viewed more than half a million times in the first few days after the campaign was launched, and continue to be widely viewed and shared.

The Rory Staunton Foundation was founded by Orlaith and Ciaran Staunton following the death of their 12-year-old son, Rory, from sepsis in April, 2012.

Sepsis kills more than 258,000 Americans each year and occurs when the body has a severe reaction to an infection. The foundation focuses on sepsis education and awareness and has worked hard for the development and implementation of sepsis protocols in hospitals.

Orlaith Staunton, who is one of this year’s Healthcare and Life Sciences 50 honorees, was born in Drogheda, County Louth, and currently resides with her husband Ciaran in New York with their daughter, Kathleen. 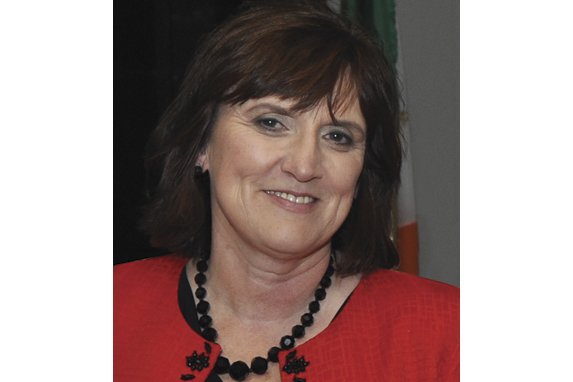 On Wednesday, October 5, Irish America will celebrate its third annual Healthcare & Life Sciences 50 at a reception in Manhattan. The awards ceremony will be cohosted by ICON plc, a global provider of drug development solutions and services to the pharmaceutical, biotechnology and medical device industries and is one of Ireland’s most successful indigenous companies.

The Healthcare and Life Sciences 50 recognizes the excellence, performance, and extraordinary contributions of Irish-American leaders in fields ranging from medical care, pharmaceuticals, and biotechnology to medical devices, research and development, and life sciences venture capital.

Dr. Barbara Murphy, one of only three women to be appointed chair of medicine at a top medical school, and the only female chair of Medicine in New York City, will deliver the keynote speech. Dr. Murphy is Chair of the Department of Medicine for the Mount Sinai Health System, the Murray M. Rosenberg Professor of Medicine, and the Dean of Clinical Integration and Population Management at the Icahn School of Medicine at Mount Sinai.

We look forward to honoring Orlaith and the other honorees next week, including Nobel prize winner Dr. James Watson, Dr. Christina Brennan, Director of Clinical Research & Data Quality of Northwell Health, and Rory O’Connor, Senior Vice President, Head Global Medical Affairs of Pfizer Innovative Pharmaceuticals, at what promises to be a celebratory night in recognition of the incredible contributions Irish and Irish Americans have made to the medical industry.