For as long as anyone can remember, herbal medicine offered a cure for the sick and a wellness regime for the healthy. Herbalists seek remedies in nature to create medicines from herbs, plants, seeds, berries, bark, roots, and flowers. In countries where money was scarce, doctors too inaccessible and too expensive, the sick had no choice but to turn to herbalists and healers. Nineteenth-century Ireland was the poorest country in Europe, diseases were rampant and the Irish, always open to spiritual and unconventional solutions, embraced an herbalist and healer, Biddy Early of County Clare. Biddy’s cures of humans and animals were legend as was her fame as a mystic, clairvoyant, and boisterous bawd.

They came from all of Ireland to Biddy’s house “beyond the little humpy bridge” for her cures, advice and prophesies. She was revered by W.B. Yeats as “the wisest of the wise women” and honored in his poem, “The Shadowy Waters.”

She was born Bridget Connors in 1798, one of the bloodiest years in Irish history as Crown forces, with savage and unprecedented brutality, ended the rebellion of the United Irishmen. While still a young teen Biddy was orphaned then immediately evicted. Homeless, she worked in a poorhouse (euphemistically called the House of Industry) and endured the Great Famine, all hardships that forged her indomitable spirit.

Throughout her life she battled landlords, police, doctors and especially, priests. A true alpha female, she took her mother’s name “Early” – her gifts, she believed, descended from the matrilineal line – rejecting the surnames of her father and husbands. And there were four husbands, one of whom was her stepson, and the final husband was 40 years younger. She outlived them all.

Biddy’s gifts were so extraordinary that an entire mythology grew around her. She was thought a descendent of the goddess Danu who, like Biddy, had a head of vibrant red hair that could be seen from far away. Danu was the mother of the Tuatha de Danann, a tribe steeped in magic and healing who ruled Ireland four thousand year ago. Over time, the Danann became the sidhe, the faerie folk or the Good People who lived in a parallel but invisible universe. The Good People taught Biddy’s mother their language and skills which she passed on to her daughter who spent seven years of her childhood “away with the faeries.” Faerie folk, explained Biddy, have a need to share their secrets and wisdom.

Biddy took her work seriously, collecting herbs before the sun rose, the best time to catch the morning dew. She believed that dew, arriving as nature transformed from dark to light, from moonlight to dawning light, held medicinal and spiritual powers. This view was shared, 400 years earlier, by Paracelsus, the alchemist called the “Father of Modern Medicine” although it was doubtful Biddy heard of the medieval physician. Her potions combined dew, herbs (specific to the particular malady), liquid from her magic well, and a dash of holy water – all mixed in her famous Blue Bottle. Her Blue Bottle also worked as her crystal ball helping her see the past, present and future. There are many versions of how Biddy attained the Blue Bottle, the most popular being that it was a gift from her dead son, Tom, who won a hurling match over the not-very-athletic faeries. He returned from the dead to give his mother his prize, the bottle. 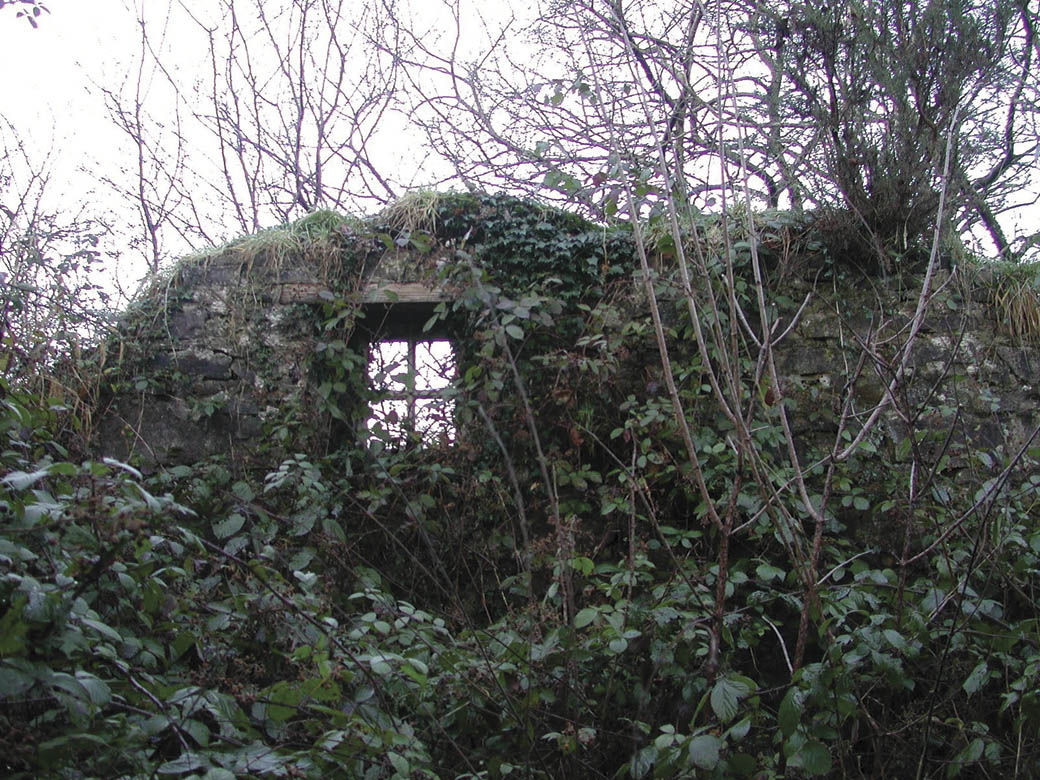 The remains of Biddy Early’s cottage in Co. Clare.

Biddy was hardly a biddy – she was a drinking, smoking, card-playing, sexual woman who maintained her youthful good looks and, thanks to herbal makeup, her rosy complexion. She could still put a “glamour” on young men even as she approached her seventies. She welcomed everyone at her door, refused payment for her treatments and accepted only gifts of food and poitín, a powerful and often lethal home brew of which she was especially fond. Her cottage became the place to be in Clare, an odd but fun-filled destination for pilgrims.

When farmers saw their animals, their only hope against starvation, fall sick from evil spells cast by faeries in a huff, they turned to Biddy. Only she could liaise between the farmers and the Good People and only she could instruct the locals on how to avoid faerie forts. Only she could offer charms and incantations to save horses and livestock.

She was nothing if not forthright and her temper was as legendary as her cures. Having been evicted at a young age, Biddy hated landlords, especially her own. When he tried to rid himself of his celebrated tenant, she told him, “you’ll be leaving before I do…both in and out.” He soon died in a fire, half in and half out a window. A thieving landlord evicted and burned down the house of Mick the Moonlighter who then shot and killed the Englishman. With police and dogs on his trail, Mick went to Biddy who used her magic to help him escape to America.

It wasn’t only the poor and afflicted who sought her out. The Great Liberator, Daniel O’Connell once visited her, wondering how he would fare in the upcoming Clare election of 1828. She predicted, successfully, his victory. Her client ushered in the Catholic Emancipation Act in 1829, which changed the course of Irish history. It was a triumph for Catholics but trouble for Biddy. The Church began exerting its new power, taking an authoritarian control over the lives of the deeply religious but illiterate peasants. Now there was a new world order that did not include a foulmouthed, whiskey-swilling, herb-touting sorceress who avoided Mass. So began Biddy’s war with the priests.

Bilious clerics denounced her from the pulpit, deeming visits to her a mortal sin. Even giving directions to her house could land a Catholic in Purgatory. They claimed she was a witch, a familiar of the devil whose four husbands died sudden and mysterious deaths, even pointing out that her young fourth husband languished in bed until he died after only months of marriage. (Truth be told, the spouse was too fond of wood alcohol.) When a priest came to her house demanding she cease and desist her practice, she spat on his horse. The nag promptly bolted, throwing off the man of the cloth mid-rant.

Nothing, it seemed, could stop her faithful from making sinful visits to her cottage. Desperate, the Church, the law, and the medical establishment resurrected a 300-year-old law to try her for witchcraft. In previous centuries this statute had executed 50,000 women for practicing the “dark arts.” A lesser woman would have been terrified but not Biddy – she knew her clientele would stand their ground against the establishment. They did, saying her work was for good, not evil. As no one would testify against her, the case was thrown out of court.

In the end, there was a truce. A dying Biddy, rosary around her neck, asked for the Last Rites. After the priest administered the sacrament, he threw her Blue Bottle in the lake. Twenty-seven priests served at her funeral mass and the parish priest asked his flock to pray for the repose of the soul of Biddy Early, whom he described as a “saint who walked in our midst.”

Most of what we know about Biddy has been passed down through the oral tradition. She was dead only 20 years when Lady Augusta Gregory began collecting stories of her powers for her book on Irish folklore. Much later a long-standing rumor about Biddy was spread and still believed: she put a curse on Clare’s hurling team that prevented them from winning the All-Ireland cup until 1995. It appeared the team wouldn’t give her a lift to the finals in 1932, some 60 years after her death.

Today Biddy is seen as a visionary, a woman truly ahead of her time. Until quite recently, the medical profession was dismissive, even suspicious, of herbalism but now herbal treatment is recommended by healthcare practitioners of every discipline for ailments ranging from dandruff to drug addiction. Herbal extracts, tinctures, capsules and tablets, essential oils and teas proliferate in drug stores, supermarkets, and the Internet.

Her former cottage, though it lies in ruin, is a popular tourist attraction. Seanchaís (storytellers) celebrate a céilí there on April 30, the Celtic festival of Bealtain, the night of the faeries. The fun is followed by a search for the Blue Bottle – a fruitless quest since everyone knows the faeries took it back when Biddy passed on to the Otherworld. Biddy has lent her name to numerous pubs, a folk group, seeds, a sports team, beer, and a plant, “Biddy Early” won second prize at the High Times Cannabis Cup in 2003 earning praise for its “unfamiliar earthy scent with a sweet candy taste which gives a surprisingly pleasant and powerful high.” ♦