Irish universities are leading the way in breakthrough medical science.

Queen’s University Belfast is leading the world’s first ever trial of a new combination of treatments for those with advanced prostate cancer. The trial, titled ADRRAD, recently began at the Northern Ireland Cancer Centre, and is funded by Friends of the Cancer Centre and Bayer Pharmaceuticals. It is led by Professor Joe O’Sullivan of the Queen’s University Center for Cancer Research.

Over the next 18 months, 30 patients will undergo a fusion of two separate kinds of radiotherapy.

Volume-Modulated Arc Therapy will target the prostate cancer cells located in the patient’s pelvis, and Radium 223 will target the disease which has spread to the bones in the cancer’s advanced state.

If the trial is successful, it will greatly extend the life expectancy of patients whose illness is at a highly developed stage. Full results from the trial are expected within two years.

Elsewhere at Queen’s, researchers have begun a £2 million research program to investigate reversing the damage caused by Multiple Sclerosis, making it currently the biggest MS research study being done in Northern Ireland. The program, which is funded by the Wellcome Trust and BBSRC, aims to understand how myelin, the insulating layer that surrounds nerves in the central nervous system, can be repaired.

Speaking about the research, Dr. Denise Fitzgerald from the Centre for Experimental Medicine at Queen’s, said the program would allow researchers to focus on the “holy grail” of MS studies – reversing the effects of the disease, rather than merely limiting the number of relapses. Today, there is still no cure for MS.

“Research into myelin repair will be welcome news to the 100,000 people across the UK living with MS,” Patricia Gordon, director of the MS Society Northern Ireland, said.

“With bright minds, investments like this and continued collaboration between all of us involved in such research, together we can beat MS.” 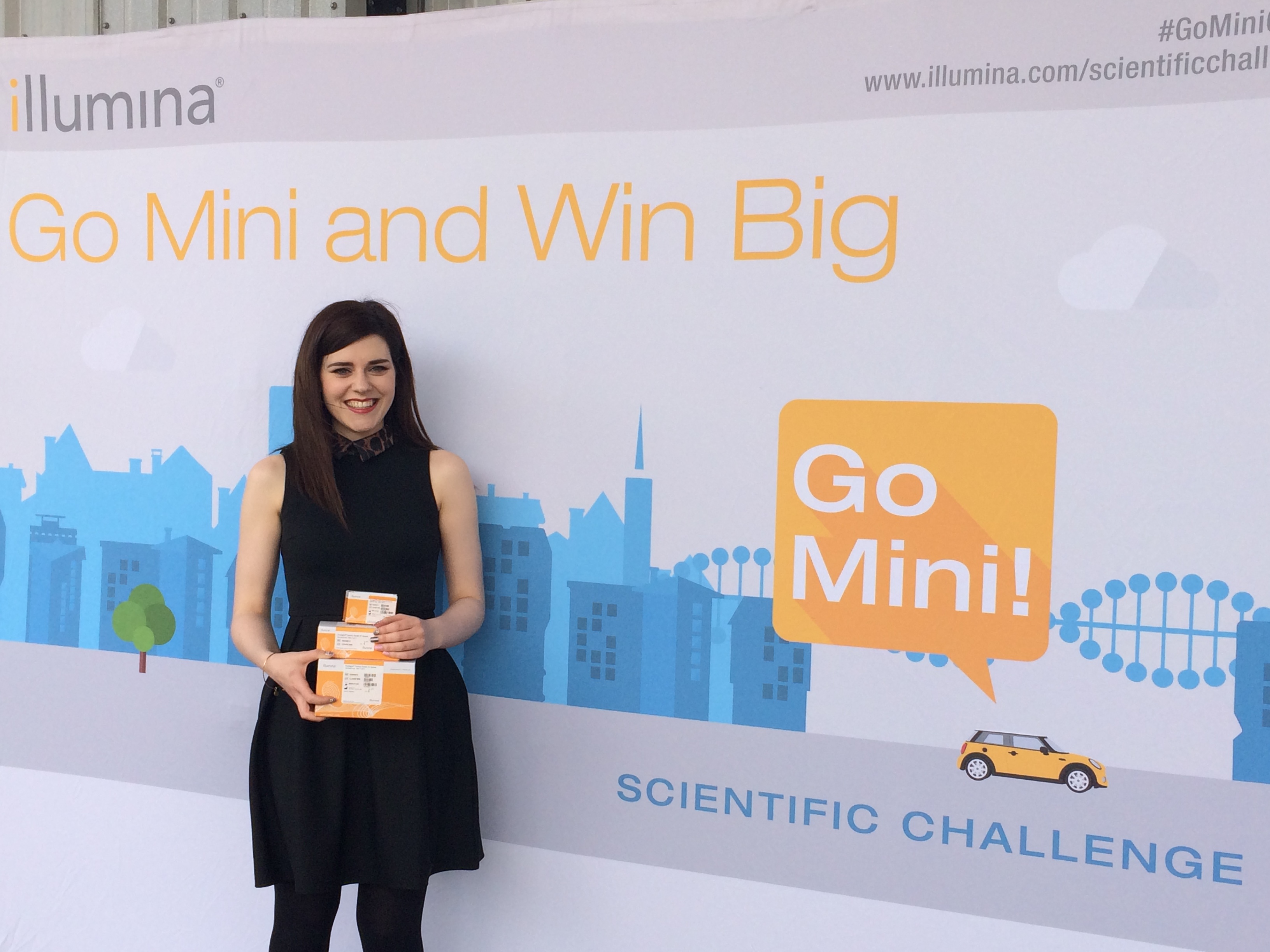 Úna McVeigh, a PhD student from National University of Ireland Galway, has been chosen as a winner of the “Go Mini Scientific Research Program,” sponsored by genetic research company Illumia to highlight the versatility of their MiniSeq system, a new sequencing system aimed at increasing the accessibility of performing genetic research. The $4,500 prize attracted over 1,100 submissions internationally.

McVeigh, a native of Co. Sligo, said that she and her colleagues “hope [their] research can begin to identify new genetic drivers of breast cancer, so that one day better patient screening can improve health outcomes for populations with a genetic predisposition to the disease.” 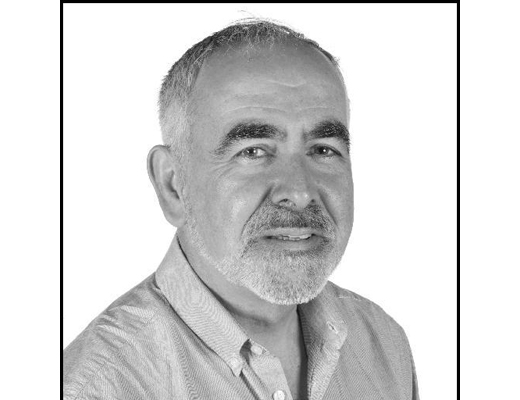 A research group based in Trinity College Dublin has received Ireland’s first ever research grant in traffic medicine. Traffic medicine is the practice aimed at reducing the harm inflicted on human beings by traffic crashes on land, sea, and air.

National Program Director for Traffic Medicine Desmond O’Neill said that this development should “further highlight the concept of traffic medicine as an important aspect of healthcare to Irish clinicians and academics.”

The grant, announced by the Road Safety Authority and National Programme Office for Traffic Medicine, will support studies in three main areas: medical assessment of driver health, domestic and global medical policies on operating a motor vehicle, and promotion of public awareness of how health conditions can affect one’s ability to drive.

For years, many medical professionals believed stroke damage to be entirely irreversible. However, Darren Leamy and Thomas Ward of the electronic engineering department at Maynooth University are developing the “Brain-Computer Interface,” which reads signals from the brain to allow stroke patients to operate a robotic arm.

The project is rooted in the study of neuroplasticity, the concept that the human brain is capable of regaining functions it had previously lost. Research is now being conducted on whether the “bio-feedback loop” created between the patient’s brain and the synthetic arm can lead to an increase in neuroplasticity. Given repeated attempts and repeated movement signals, Leamy and Ward believe, the brain should rewire its connections to bypass stroke-affected areas. 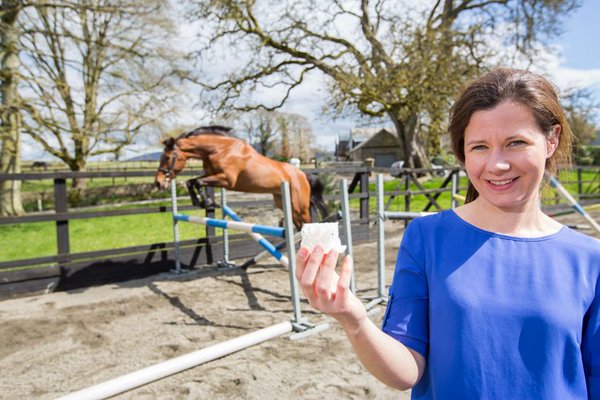 Dr. Tanya Levingstone from the Royal College of Surgeons with Beyoncé.

A newly-discovered biomaterial has been used by researchers at Royal College of Surgeons, Ireland to repair the damaged knee cartilage of Beyoncé, a thoroughbred filly. After she developed a joint disorder, it was thought that Beyoncé’s career in competitive show-jumping was at an end; however, the biomaterial, ChondroColl, rescued her from a situation that may have otherwise ended in euthanasia.

The paper, which details the case study of Beyoncé’s recovery, is the third of its kind issued by the RCSI Tissue Engineering Research group. Among the study authors was Dr. Tanya Levingstone, who said the project “has shown the potential of the biomaterial to heal different sized injuries in patients.” The ChondroColl research group plan to advance to human trials in the coming months.

DNA samples from 20,000 people with diabetes will be examined by an international research project that is part of a new £3.7 million U.S.-Ireland research partnership that brings together world-leading experts in diabetes and genetics research at Queen’s University Belfast, University College Dublin, University of Helsinki in Finland and the Broad Institute, Boston.

The partner agencies in the Republic of Ireland are Science Foundation Ireland and the Health Research Board.

Seventeen percent of pregnant women have a vitamin D deficiency, according to a survey of mothers at Cork University Maternity Hospital.

Researchers at University College Cork (UCC) have reported that high vitamin D status is associated with lower risk of pregnancy complications such as pre-eclampsia and small-for-gestational age (SGA) birth.

The findings, published in July in the American Journal of Clinical Nutrition, come from analysis of vitamin D status in the SCOPE (Screening for Pregnancy Endpoints) Ireland study.

Currently in Ireland, there are no pregnancy-specific guidelines for vitamin D intake. Prof. Louise Kenny, director of the INFANT Centre, explained that the research “is about helping mothers and their babies: our goal here is to look at the data and what we can learn to help mums have safe pregnancies and deliver healthy babies.” 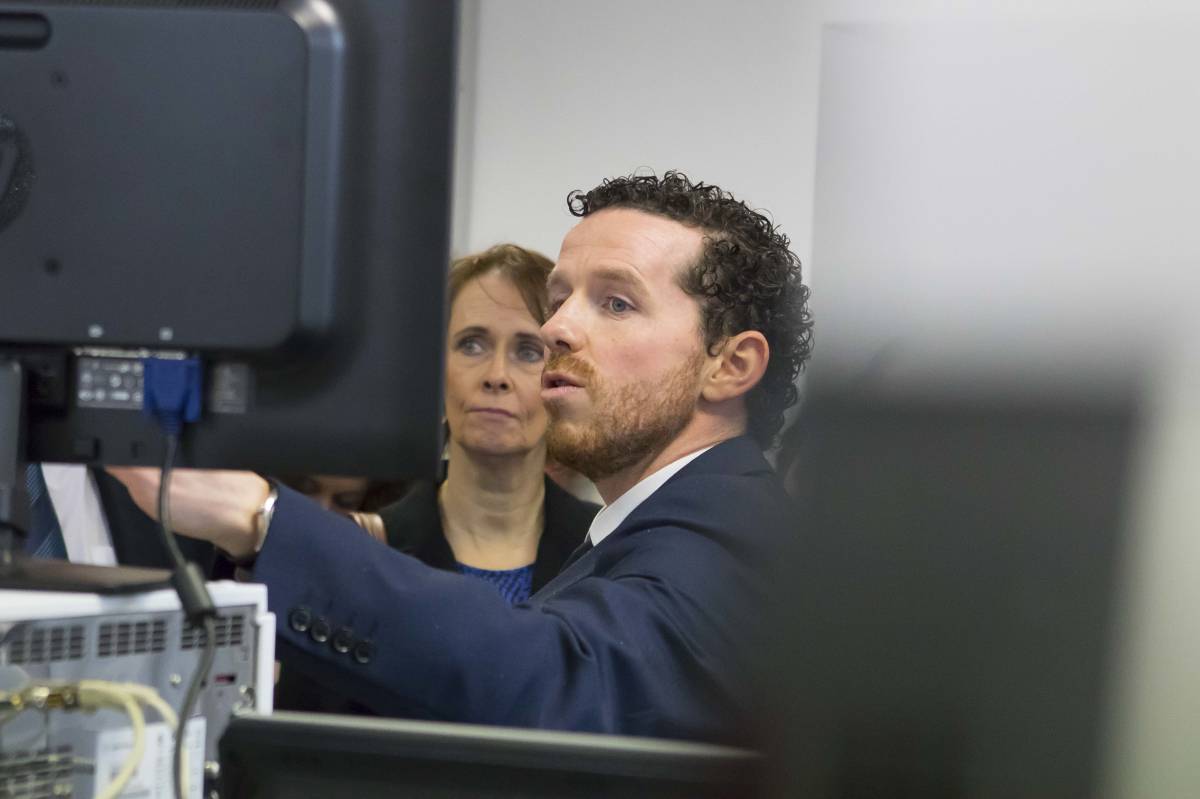 A study entitled CREST (Central Retinal Enrichment Supplementation Trials) was conducted by the Macular Pigment Research Group at Nutrition Research Centre Ireland (NRCI), which is part of the School of Health Sciences at Waterford Institute of Technology.

The first rigidly-designed study of its kind, it involved 105 volunteers undergoing complex tests of vision over a 12-month period. Of the 105 subjects, 53 received daily supplements while 52 received a placebo (the control group). The outcome unequivocally demonstrated that those receiving macular carotenoids – lutein, zeaxanthin and meso-zeaxanthin – enjoyed meaningful benefits to their visual function. The improvement recorded was primarily in people’s contrast sensitivity – how much contrast a person needs to see a target (i.e. how faint an object can one see). Prof. John Nolan, principal investigator for the CREST study and founder of the NRCI, said: “All of us involved in this research are tremendously excited about the outcome – not only from a scientific perspective but also because of the significant benefits it will have for a wide range of people. Many people may already consider themselves to have ‘good’ eyesight, but now we know that many of these would benefit from appropriate supplementation.” 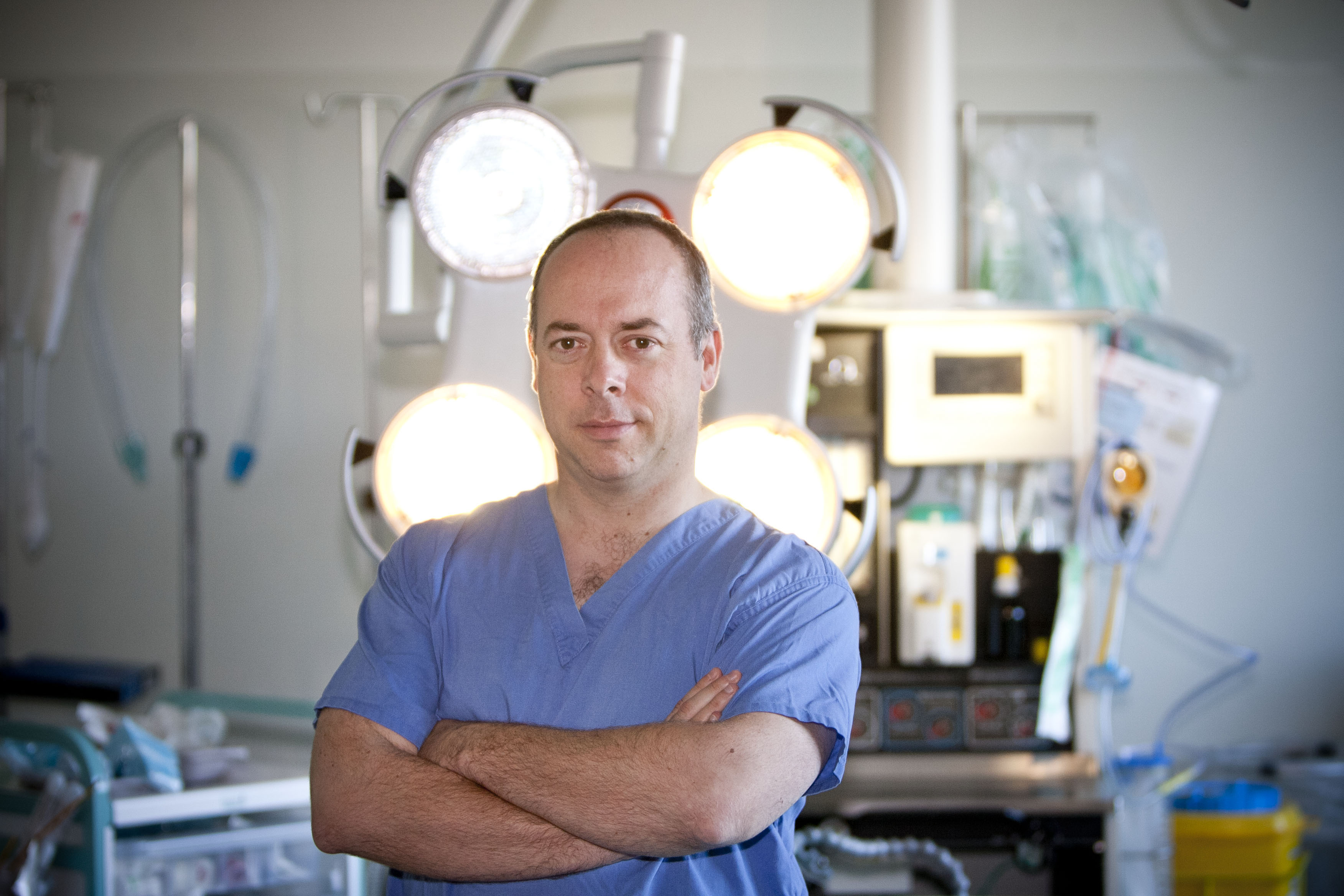 Researchers at University of Limerick and University Hospital Limerick have identified several new genetic biomarkers that better predict outcomes for patients with bowel/colorectal cancer. The research team identified genes that are predictors of cancer recurrence and can also help to identify a patients’ suitability to specific types of chemotherapy.

Professor J. Calvin Coffey, colorectal surgeon at the Graduate Entry Medical School and University Hospital Limerick, explains: “One of the key early events in bowel/colorectal is its spread to the lymph glands that drain the colon. The identification of tumors that will spread to the glands is a key challenge for clinicians as these are the patients most likely to benefit from chemotherapy. The ability to avoid harmful chemotherapeutic side effects is a clinical need that has yet to be met by the diagnostic tools available to clinicians. In Ireland colorectal cancer is the third most common cancer with 2,435 new cases diagnosed each year. This diagnostic instrument that we have developed, and this research in general, will impact on patients globally as we can now pin-point precisely patients who will develop spread to glands, and thus benefit from chemotherapy.” ♦

John Fitzpatrick is president and CEO of the Fitzpatrick Hotel Group, North America. He served as chairman of the...