New York City celebrated the centenary of the Easter Rising on April 24, 100 years to the day after Pádraig Pearse read the Proclamation on Sackville Street in Dublin. More than 2,000 people gathered in Battery Park and Pier A Harbor House, at the lower tip of Manhattan with views of Ellis Island and the Statue of Liberty to commemorate the beginning of Ireland’s independence, making it the largest 1916 commemoration outside of Ireland this year.

Prior to the opening of Ellis Island in 1892, Pier A was the primary entry point for immigrants coming to America through which numerous Irish republicans would have passed. Without them, Captain Peter Kelleher of the Irish Defense Forces, who read the proclamation at the event, says, the Rising might never have happened.

“Being here means a lot because of the very close links between Ireland and the US.,” he told IrishCentral. “And in particular the support they had for the militant element of Irish Republicanism at the turn of the last century. It’s very moving seeing so many people here today.” 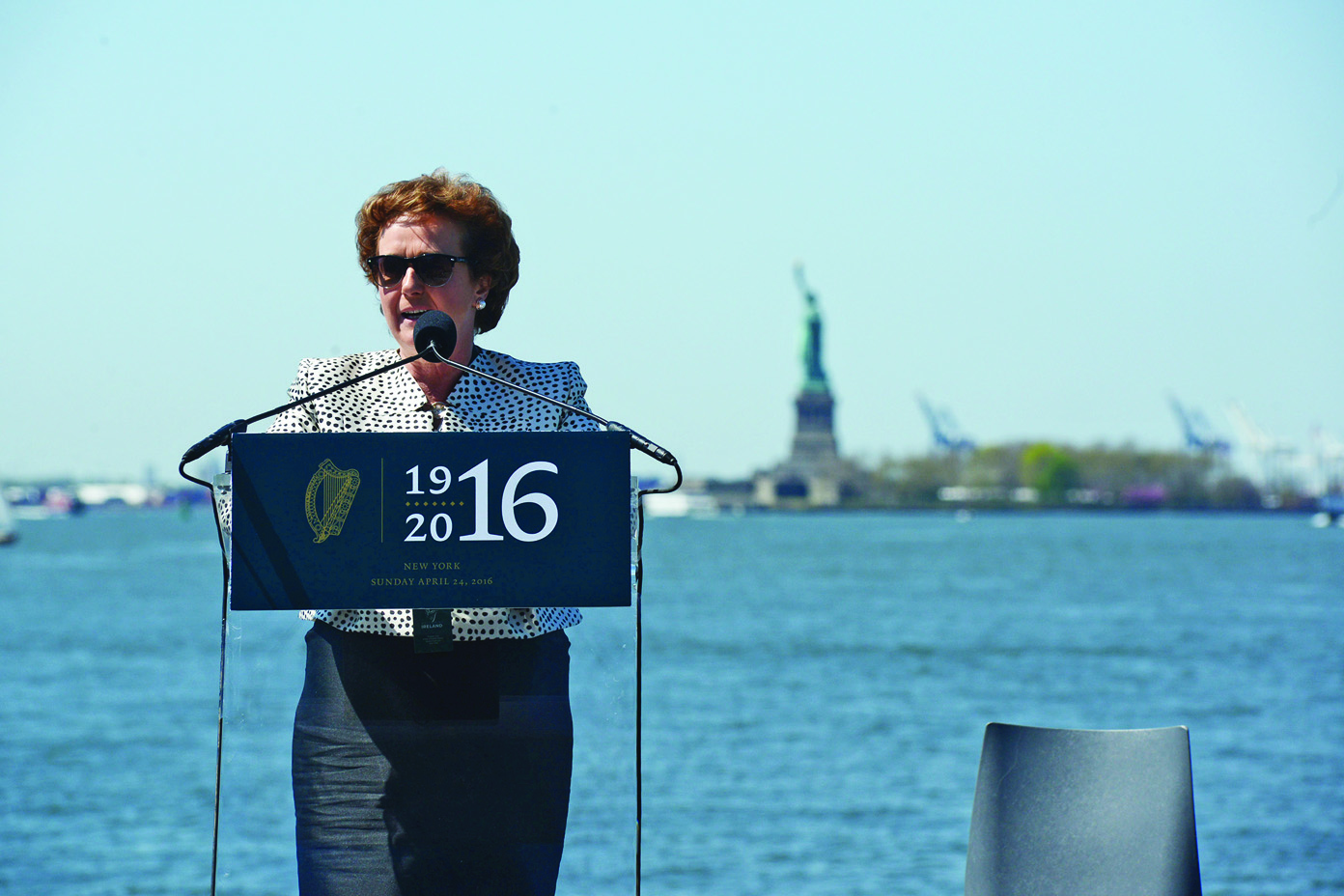 Speaking on stage of the leaders of the Rising, author and historian Peter Quinn said the commemoration indicated that “their dream is alive.”

“It’s alive here; it’s alive in us, in our willingness to see in the millions who stand at the door where we once stood, not a faceless horde of strangers, not an alien race, but the image of our ancestors, an image of ourselves,” he said.

Irish Minister for the Environment Alan Kelly and Ireland’s Ambassador to the U.S. Anne Anderson concluded the event with the laying of a wreath at the foot of the Irish and American flags before observing a minute of silence. ♦