The King’s Irish and American Roots

A new document confirming why Elvis's ancestor left Ireland has been put up for auction.

Through an 18th century document up for auction in Whyte’s Auctioneers Eclectic Collector sale, new light has been shone on the Irish ancestry of Elvis Presley and his family’s origins in Ireland and America.

The document is of a legal nature and concerns claims of abuse by a group of men in Hacketstown, Co. Carlow, which were made by William Presley, Elvis’s great-great-great-great-grandfather, in the Carlow Court of Assizes on August 25th, 1775.

William claimed in the document that he had been “violently insulted, assaulted, beat and abused” and that the men, though unprovoked, had used their “whips and fists, dragged him down by the legs,” and even gave him “several kicks in his body and face.” An Irish farmer from Co. Wicklow, William was able to identify a great many of his abusers by name. 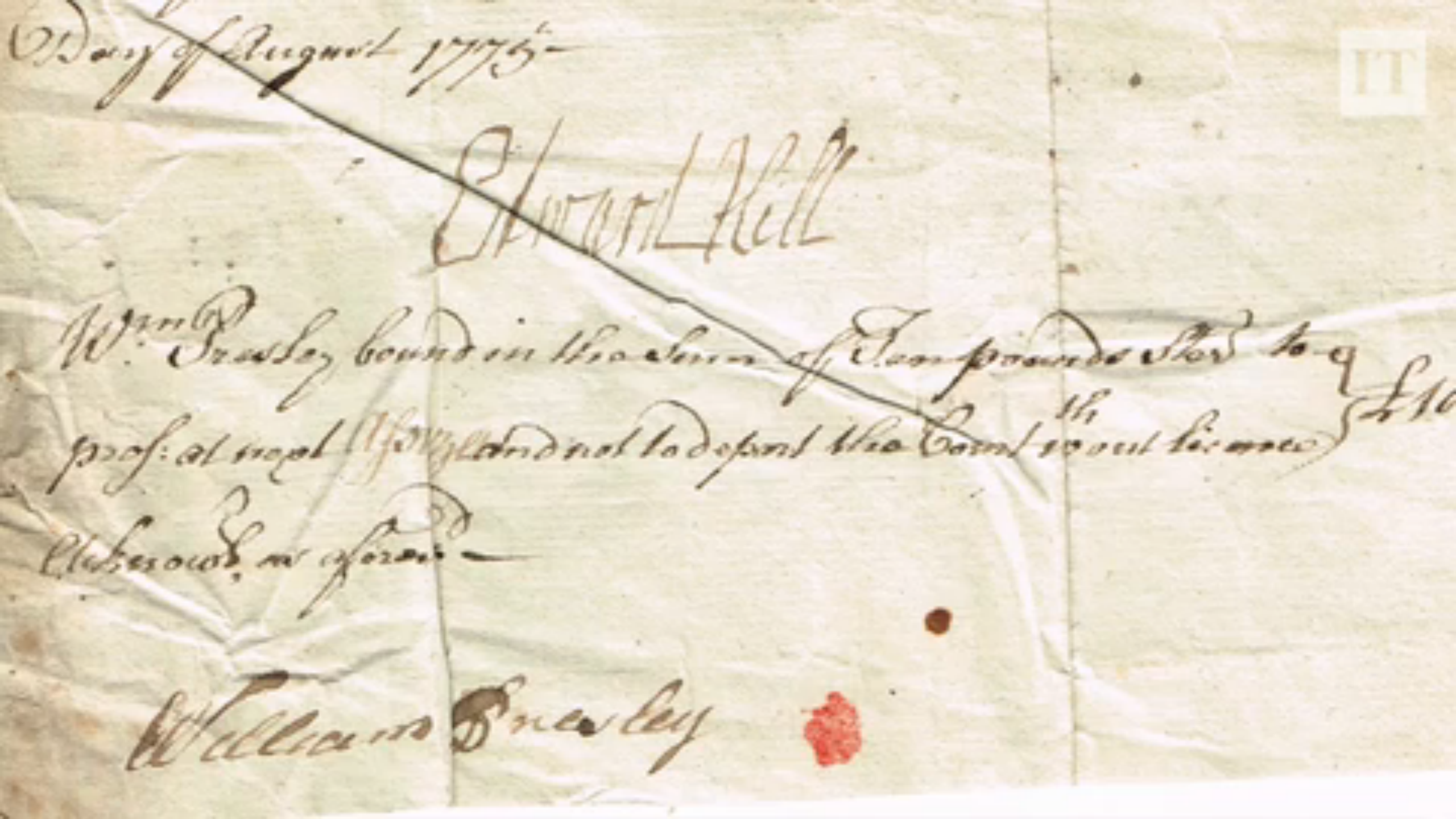 Elvis’s Irish roots via his connection to William Presley have been known to genealogists for years, but the document is, according to auctioneer Ian Whyte, still of great importance because, “Elvis’s great-great-great-great-grandfather left Ireland after being attacked.”

“This document proves the link and explains why Elvis was born in America.”

The catalogue notes for the document, which is slated to catch roughly $600 to 800 dollars in the auction, mention that William Presley later moved to Tennessee, where he died in 1802.

His granddaughter Rosella, who never married, gave birth to Jesse Presley, who in turn married Minnie Mae, who gave birth to Elvis Presley’s father in 1916, just weeks before the Easter Rising. Twenty-nine years later, the King was born. ♦

3 Responses to “The King’s Irish and American Roots”