Before she began her creative writing Master’s degree at Trinity, Sara Baume studied fine art, and her visual acuity seeps through every pore of her debut novel, which was awarded the prestigious Rooney Prize for Irish Literature.

The story itself is not a new one: outcast man rescues overlooked dog, but, in time, dog rescues man – but it is Baume’s narrative technique and her attention to the minutest of details that makes the story fresh and brilliantly alive. Ray is a 57-year-old outcast in a small seaside town in Cork, living in self-imposed exile from other humans in the house he still thinks of as his father’s. Before adopting a dog advertised in a rummage shop window – a dog he calls “One Eye,” due to injuries sustained in a badger attack – Ray’s solitary existence drones on, marked only by the passing Tuesdays, when he drives into town to visit the shop and the post office, and by the changing of the seasons, which he notes with great sensitivity.

Despite – or perhaps, because of – his removal from the human realm, he takes pleasure in imagining the lives of other people behind closed doors, and regards the natural world with devastating tenderness. At one point, he says of himself, “I’ve always noticed the smallest, quietest things.”

Ray addresses One Eye in the second person throughout, and by extension, addresses the reader, bringing us into the lonely, but vibrant, world he inhabits. When he asks One Eye to notice the swallows that nest in his roof every year, the wildflowers that grow unbidden in the yard, he shows them to the reader, as well, in brilliant detail.

“Show, don’t tell” is one of the cardinal rules of creative writing, and Spill Simmer Falter Wither is a stunning testament to its visual and emotive power.

Medbh McGuckian has long been regarded as one of the more “difficult” Northern Irish poets for her enigmatic syntactical structures, complex metaphors, and dream-like images that branch off each other like roots that must be traced to the surface in order to just begin to render the picture whole. This isn’t an inaccurate reading of her work, but it does exclude both the intimacy and tenderness that her most personal poems can achieve, and also elides the powerful political force that her work embodies through the personal angle.

Her new collection of selected poems, edited by Borbála Faragó and Michaela Schrage-Frueh, serves as a good way for the unfamiliar to enter her work. Covering 31 years of writing, The Unfixed Horizon offers a representative sample of her trajectory as a writer. The introduction by Faragó and Schrage-Frueh in particular lays out the course of her work, from the early poems that center on the domestic and personal through the more overtly political poems in the last decade, and acts as a guide through the 14 individual volumes of poetry represented here.

Born in Belfast, McGuckian first came to prominence in 1979, when she won the British National Poetry Competition for a poem called “The Flitting,” which explicitly connects the female body to the built landscape of the north and intellectual and physical insecurity – “You wouldn’t believe what this house has cost me – / in body-language terms, it has turned me upside down,” it begins. As the editors of The Unfixed Horizon note, because she was an unknown, pregnant, Belfast schoolteacher, the prize jury forced her to split the prize with a more famous male poet. It’s an illustrative story, not least because of the obvious sexism of that decision by the jury, but also for highlighting how McGuckian was read as a poet of “domestic” life, even during the worst years of the Troubles. As McGuckian has demonstrated over and over again, and as this collection brings into sharp focus, writing about the “feminine,” or the “domestic,” is never an a-political act.

Readers who approach her work with that in mind, and who enjoy tracing imagistic and metaphoric threads as they enlarge and change over the course of decades, will find in this collection an intense and wholly unique perspective on womanhood and the violence of the Troubles.

Courage Boys We are Winning: An Illustrated History of the 1916 Rising

The story of the 1916 Easter Rising is being told and retold in a great many new volumes this year, but Michael Barry’s new book does it in a way that many others won’t, namely, through the use of the image.

Courage Boys We are Winning: An Illustrated History of the 1916 Rising explores the events that led up to the Rising, the fight itself, and its brutal aftermath and legacy, all by compiling over 500 images, which, in many cases speak for themselves. Nevertheless, Barry also provides detailed descriptions and analysis of the images, giving the viewer (or reader) a rich and insightful understanding of every picture they see.

Within each chapter, Barry explores not only the dramatic photographic or artistic renderings of images that would have been seen by those who were witness to the events, but also provides his readers and viewers with images of the seemingly mundane, like the garments that would have been worn by those who did the fighting. Such particulars seep into the viewer’s mind’s eye, filling out details in our understanding of the past that in many accounts would otherwise have been left out.

This is the real benefit of an illustrated history: where the word fails to convey a message, image effortlessly takes over. Those who read Barry’s Courage Boys will find the images engrossing at first, but will surely find thereafter that the intuitive power of the visual material will have greatly informed their perception of these historic events. 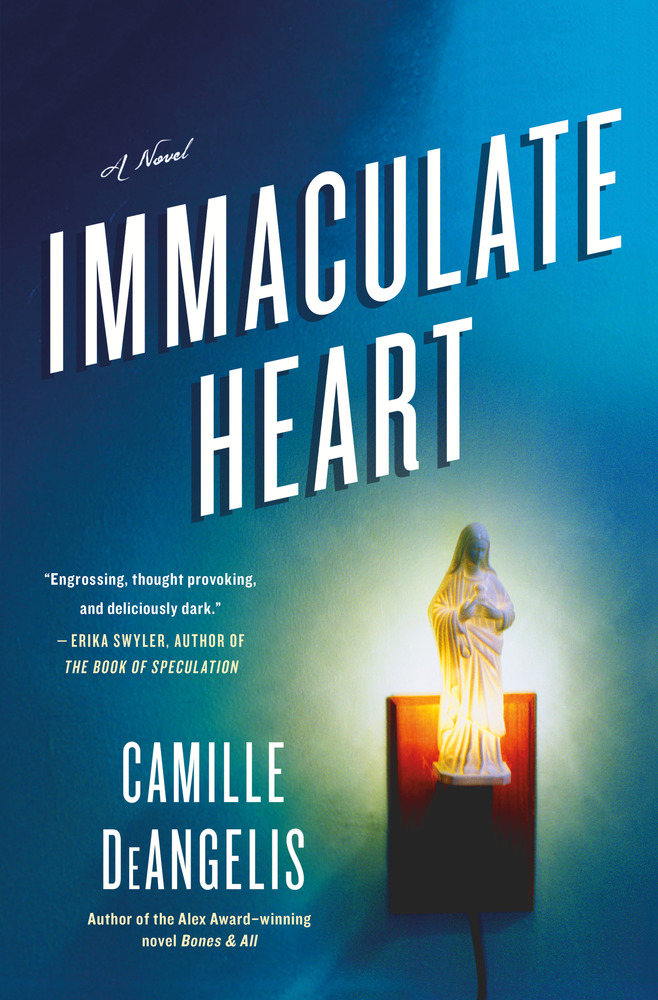 A gripping mystery until the end, Immaculate Heart focuses on three women who saw a Marian apparition 30 years ago (and which the Catholic Church refused to acknowledge), and the Irish American journalist who is determined to find out what really happened. The story questions nothing less than the nature of truth and faith, yet remains fully grounded in the individual lives of the dubious characters of a small Irish town. – A.F. 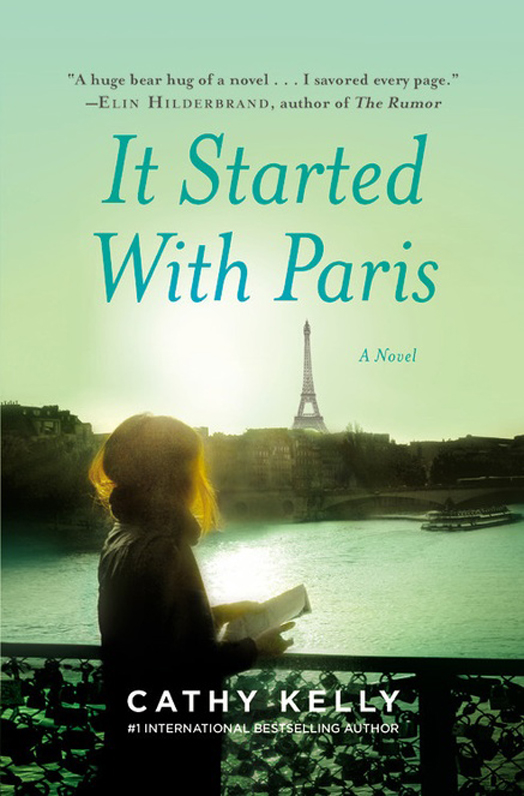 It Started with Paris

After a proposal on the Eiffel Tower (the titular “start”), the three women closest to the betrothed are spurred to come to terms with and move on from their own romantic pasts and presents. One complex, compelling, and thoughtful, woman-centered love story is hard to find, let alone three, and It Started with Paris successfully and movingly takes on that task with friendship, romantic, and maternal variations on the theme. – A.F. 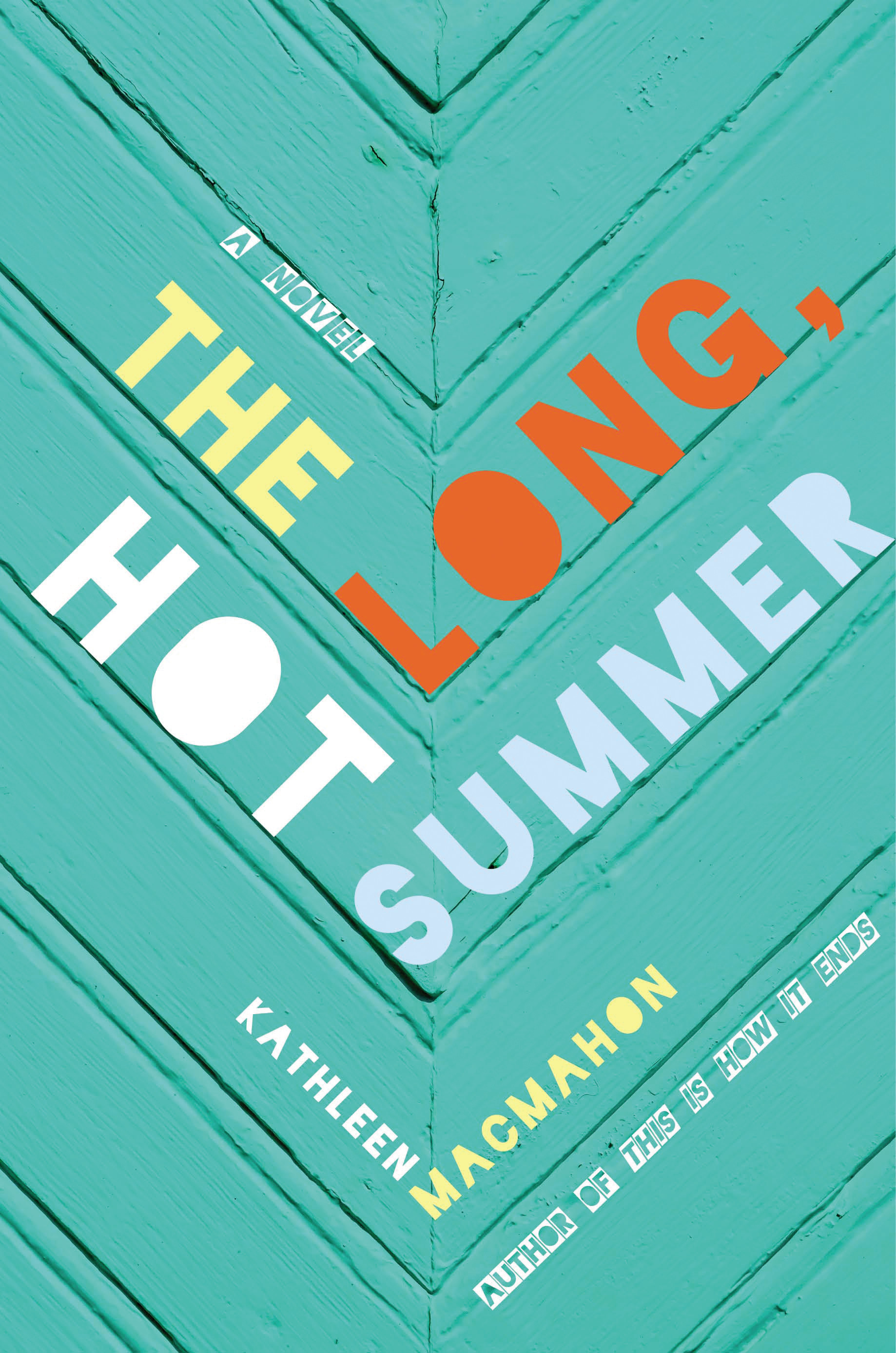 A book that begins with a family tree illustration on the opening page compels consideration for how the actions of a generation ripple up and down the family line. In The Long Hot Summer, three generations of MacEntees, a family that has sought and been defined by fame and publicity since the matriarch, Deirdre, began acting at the Abbey Theatre in her 20s, encounter a series of trials that highlight the fickle nature of 21st century notoriety. – A.F. 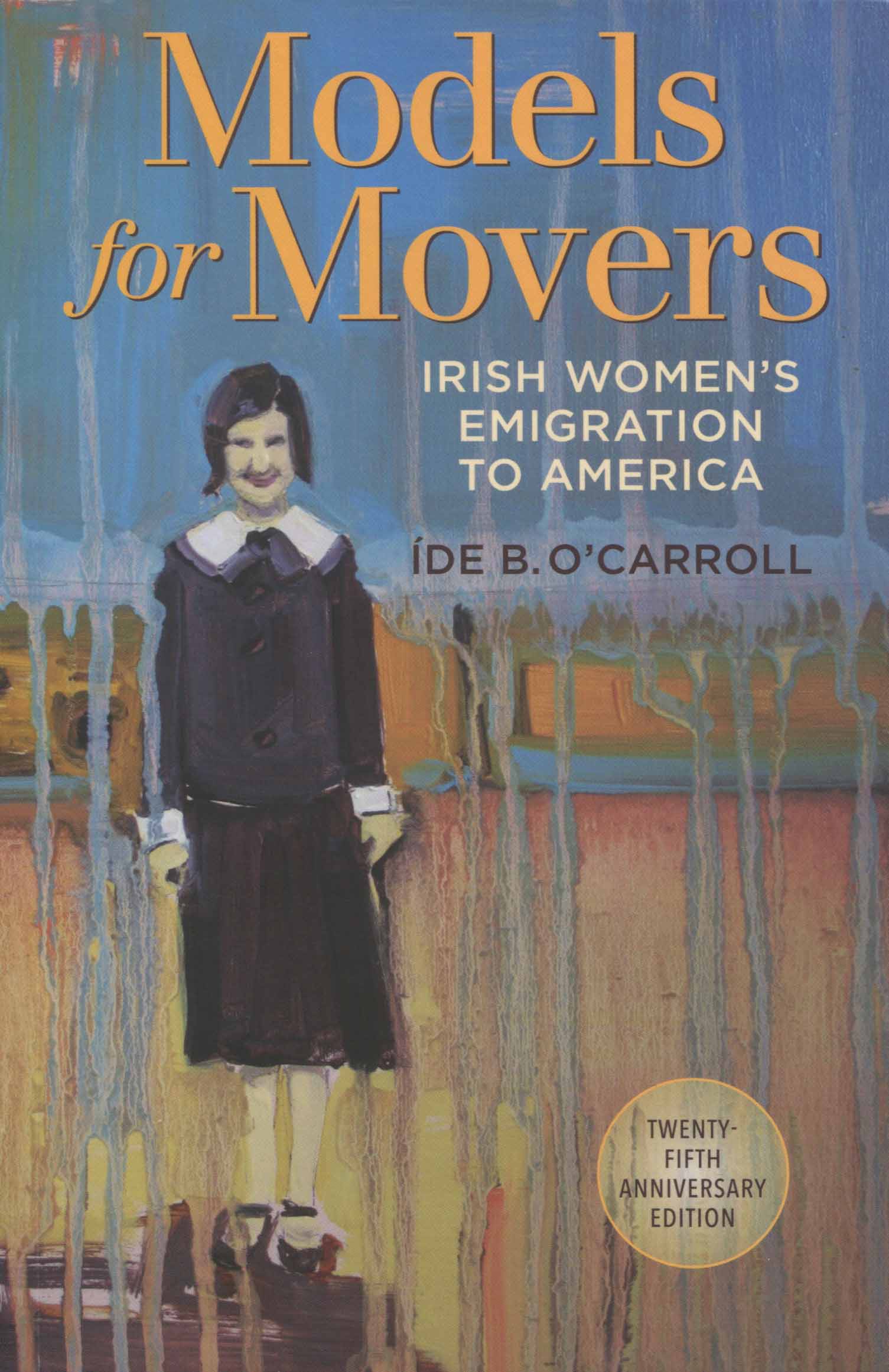 By Íde B. O’Carroll

Revised for its 25th anniversary and during a new period of immigration, Models for Movers uses oral histories to examine Irish women’s experiences immigrating to the U.S. in three waves – the 1920s, ’50s, and ’80s. O’Carroll provides contextualizing analysis of how these women are role models for their independence, and gives them a platform to speak against the implicit silence surrounding women’s immigration stories during the 20th century. – A.F. 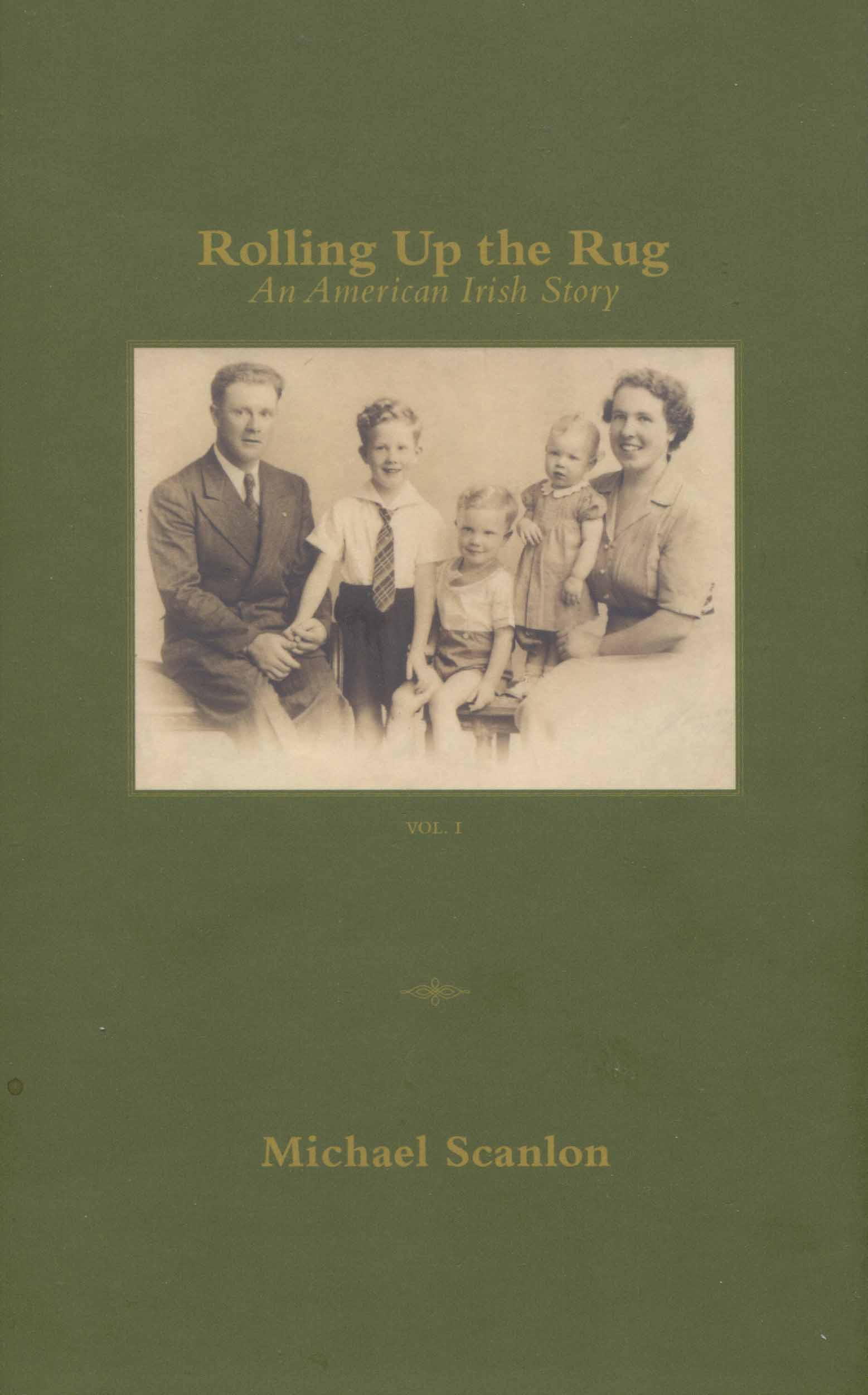 Rolling Up the Rug: An American Irish Story

A nostalgic and thorough family memoir, Rolling Up the Rug is the story of an average first-generation Bronx-Irish family between the post-World War II boom and the ascension of the author and his siblings into maturity through some of New York City’s most trying years. Particularly poignant is the recurrence of baseball (whether watching at the Polo Grounds or playing at a picnic) as a symbol of community inclusion, teamwork, and assimilation. – A.F. 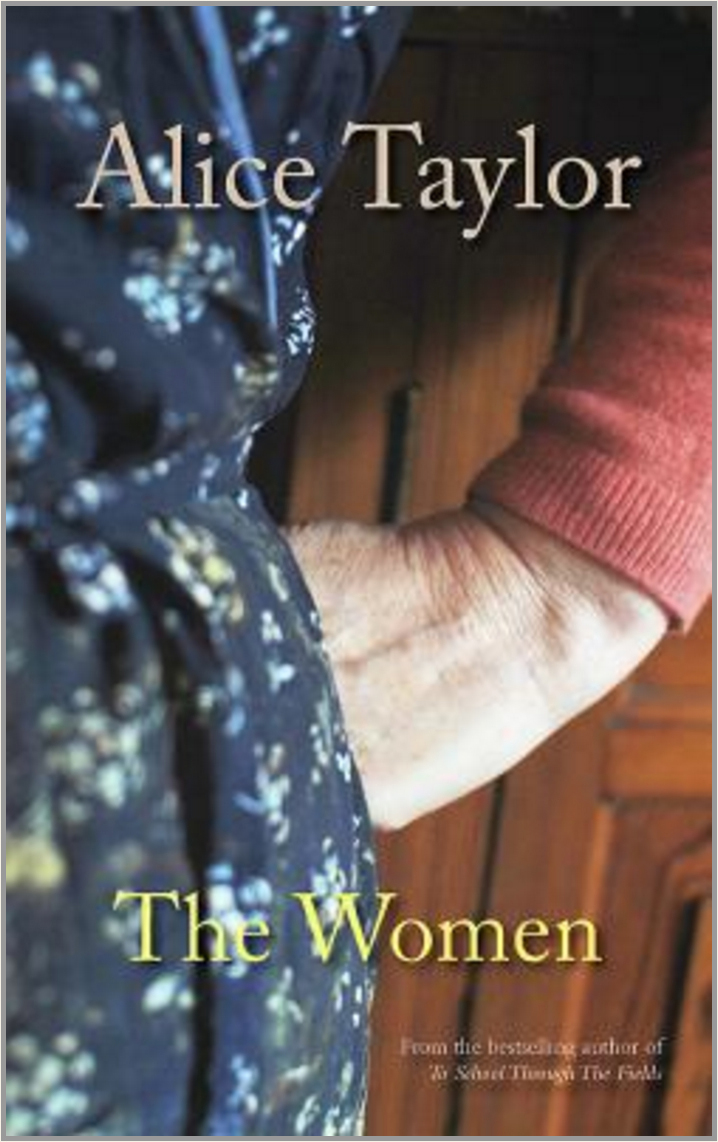 Somewhere between a praise poem and a memoir, The Women documents the female figures that shape our lives. From the mother and the grandmother, to ordinary farmers and church-goers, Taylor elevates the lives of 15 women to poetic form, telling their stories as they were, and avoiding the reductive analysis that often categorizes such stories before they have a chance to become embedded in the mind. Richly illustrated with photographs by Emma Byrne. – A.F.