A sampling of quotes from men interviewed in Irish America over the past 35 years on the impact that their Irish mothers had on their lives. Joe Biden with his mother Catherine Eugenia Finnegan in 2008 at the Democratic National Convention in Denver.

On being inducted into the Irish America Hall of Fame: “My mother’s creed is the American creed: No one is better than you. Everyone is your equal, and everyone is equal to you.” 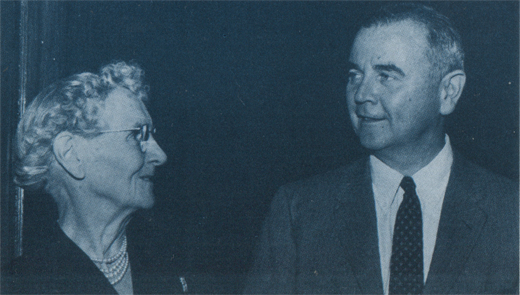 October 16, 1956: William Brennan and his mother Agnes McDermott on his investiture.

“I wish I could do justice to her. Mother was just absolutely extraordinary, really. She was a sweet, caring woman, fending off my dad when he got upset with something we were doing. She would protect us.” “I had wonderful parents. My mother was saintly. I don’t use “saintly” in a religious or liturgical sense, though she was devout, but rather to convey a sense of her profound goodness. She was very caring. I never heard her say a bad thing about anyone.”

Read: A Reflection on Simplicity 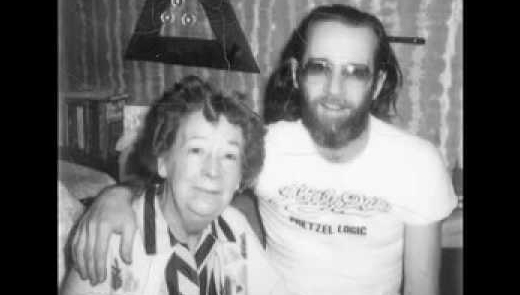 “[My mother] was very verbal, very funny, and she had a quick mind. She was the one who loved the dictionary. If I ever asked her about a word, she’d say, ‘Let’s go look it up.’ And she talked to me about all the great Irish writers, about their gifts with the language. She would tell me about Oscar Wilde and George Bernard Shaw and Yeats and Beckett.”

Read: George Carlin Is Still Tossing Out The Good Stuff “I guess we were close to being poor, but it never felt like that,” Clerkin says. “While it seemed completely organic and natural, it’s only now that I realize we were living off the farm, so we had our own potatoes, our own vegetables, our own lettuce, our own carrots, our own animals. And while there wasn’t a great deal of money, there was a fantastic amount of love and affection within a big family.” Echoing one of his mother’s phrases that reflected her own childhood – “We weren’t rich, but we were rich in love.”

Jim Clerkin. the oldest of nine siblings, eight boys and one girl, and grew up on a small farm in the foothills of the Mourne Mountains, outside of Rostrevor, where most of his siblings still live. Prior to his retirement in 2020, Clerkin was head of Moët Hennessy in North America. 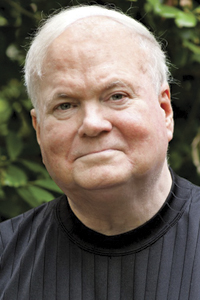 Read: The Prince of Tales 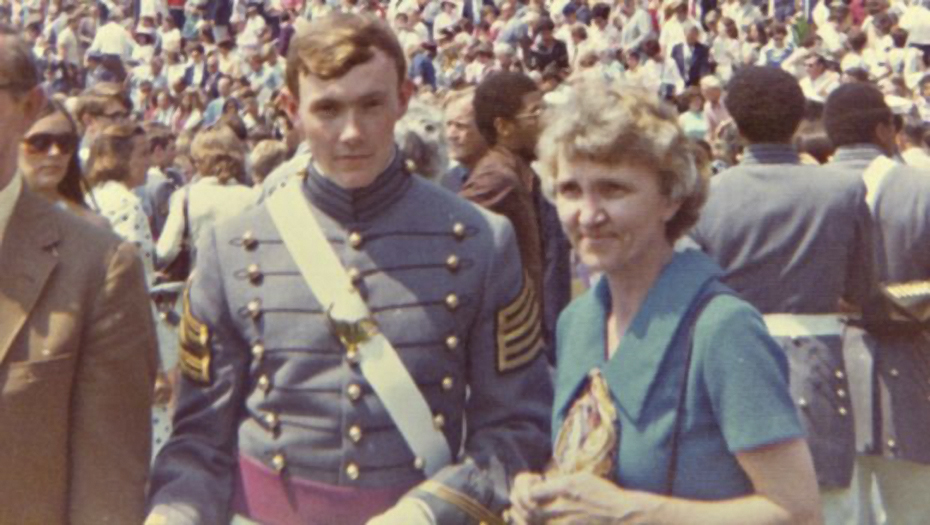 The Class of 1974. Martin Dempsey and his mother Sarah.

“My mother cried when I told her I really didn’t want to go to West Point. So I went.” 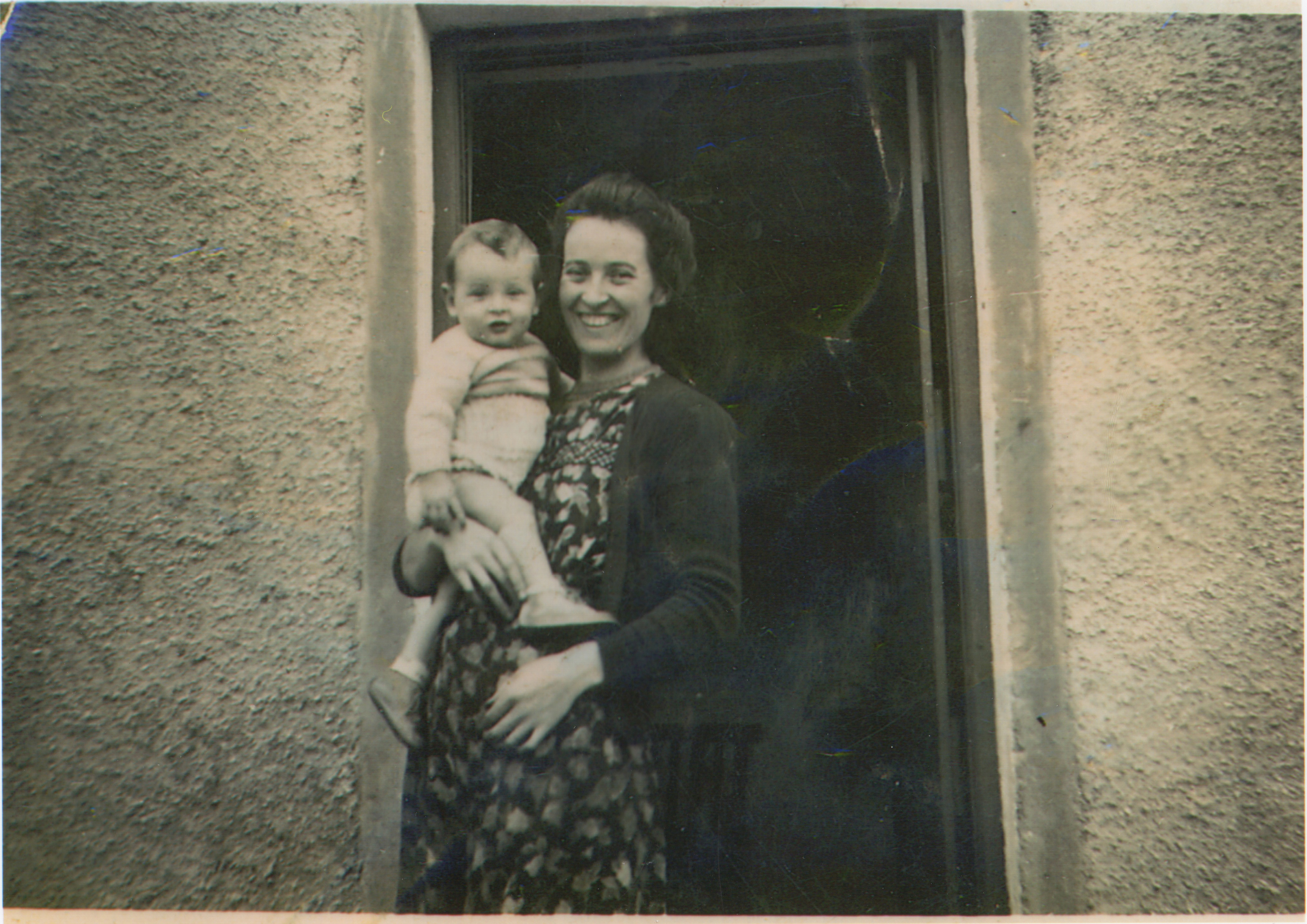 Michael Dowling and his mother Margaret, 1950.

“Even though we didn’t have much, my mother always made books available. I grew up reading Shakespeare, and the American author Zane Grey whom I loved. . . . My father never really understood it [my desire for education], but my mother did. She was a very strong model. She was big into education even though she had no education herself. She always wanted you to not let your current circumstances limit your potential. You had the potential to do what you aspired to, to aim high. You might not get completely there, but you will go a distance. I still talk to people about that.”

Read: Ahead of the Game: Michael J. Dowling 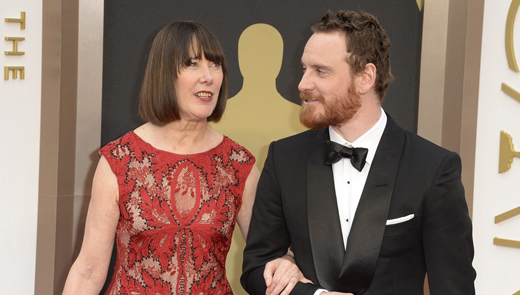 Michael and his mother Adele, a great-great-niece of Michael Collins, at the 2014 Oscars.

“My mother loved cinema and introduced me to many films and actors, which made me want to pursue this profession. I have her to thank for that.”

Garret FitzGerald, McNeil Professor in Translational Medicine and Therapeutics at the University of Pennsylvania “My mother devoted herself totally and selflessly to me and my dad. She was a tender, loving mom. I have been so lucky to have had her. Whatever work ethic I have, I got from her. She worked from early morning to late at night in the La Touche hotel where I grew up. Never given a salary; it was the Ireland of unfairness of its time.”

– Conversation with Patricia Harty, May 2019 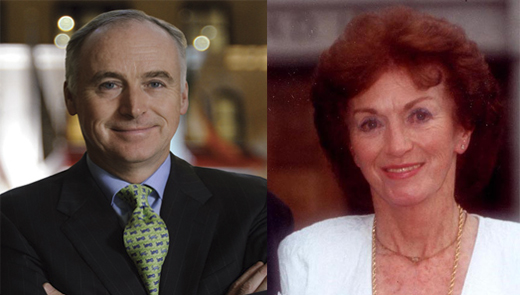 John Fitzpatrick and his mother Eithne, a former Miss Ireland.

“Dad was very successful but he wouldn’t have been a success without Mum. She was a great mother but she also helped him with the business. Where did I learn about interior design? I used to follow Mum around the hotel.” 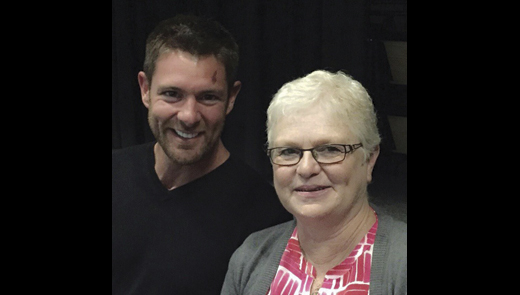 Noah Galloway and his mother Bebe.

“My mom is this little woman with white hair and you see her and you’re like ‘what a sweet little lady,’ but she has this side to her that she’s very direct and you think ‘I’m not going to cross this woman.’

“When I was in the hospital and kind of depressed my mom said, “I’ve got to go back to Alabama. I’m not doing you any good, I’m helping you too much; you have to do more for yourself.’”

– Interview by Patricia Harty, June / July 2015. Sergeant Noah Galloway lost his left arm and his left leg in a roadside bombing in Iraq in 2005. In May, 2015 he placed 3rd on ABC’s Dancing With the Stars.

Pete and his mother Anne Devlin.

“I think the key thing in my life was my mother, because my father, whom I loved, was much more an Ulster man in his inability to express certain emotions. But my mother was better educated. She’s finished high school, which was a triumph for any woman in those days, but for a Catholic woman in Belfast it was amazing. And because her father had gone to sea, she understood that there was a wider world out there, which is why she loved New York when she got here.

“She loved it because of its difference. And because of the way she was. I had that sense that everything was possible. It wasn’t absurd to say, ‘I want to be a painter.’ It was kind of nutty to my father. He thought that once I got that job in the Brooklyn Navy Yard, a civil service job, I should stay there for life. But she thought that the whole point of this place was that you were not a prisoner of what your father or your grandfather did.” 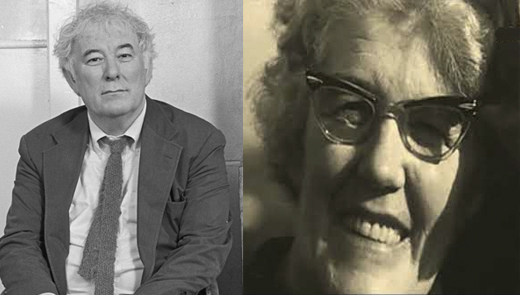 “My mother was very strong – very unruffable, steady on the emotional keel, righteous and majestic and vulnerable. Her McCann family were terrific, they had the volubility of protest – they were democrats. My father had a different kind of majesty, the country farmer’s silence and hauteur. My mother had an unbending thing, which she shared with women of that generation, a child a year in eight, nine, ten years. The giving-birth factor involved, I suppose, a willful adherence to the compensations of Catholicism – the cult of the suffering mother of Jesus, the cult of the suffering Jesus, and the cult of St. Anne, the mother of Mary. These were actual real psychic resources for sublimation in the lives of women. In particular, for ones who were going through, without much consolation or understanding, the solitude and exhaustion of childbirth and child-rearing and the biological entrapment of being in a place with no birth control. Nowadays, I remember that affirmative bold outcry of prayers from women in church as a cry of rage and defiance. My mother wouldn’t have put it that way – she would have seen it as a form of transport and endurance.”

Read: An Interview with Seamus Heaney

“It was really my mother – she was the drama queen, very outspoken very reactive, a complete character for the occasion, every occasion…. She was a very powerful woman. She was very nurturing and loving but she could also be angry and tormented. That was the Irish in her.”

McDermott’s first home was a modest apartment in Flushing, Queens. When he was born, his mother, Kathy, was just 18, and his father, Bill, Sr., was 22. The family didn’t have a whole lot of money, but there was a lot of love and his mother was unflaggingly positive. When his baby brother, Jamie, who was born with congenital defects, died at age five, she assuaged her grief by lifting the spirits of her husband and her young sons. “Jamie is your guardian angel now and he’ll always be there protecting you,” she said. “She had an amazing ability to feel blessed instead of cursed,” says McDermott, who dedicated his book to her.

“My mother used to call and say, ‘Bill, we really need a new boiler.’ Just for the hell of it, I’d say, ‘Don’t spend a lot of money, just shop around and get a bargain.’ I’d say stuff like that purely for the devilment of it. I finally got her an American Express card. The first year she bought a tow when the car broke down. The second-year she went out to dinner on her birthday. The third-year she rented a condo in Florida for the winter and took a couple of cousins and friends, and last year she went to China. So she’s figured it out.”

In 1995, when O’Neill was a lieutenant, the Transit and Housing Authority Police Departments merged with the NYPD. Once there, he continued moving up the ranks. “Every rank that I held, I wanted to do my best,” he said at his swearing-in ceremony as commissioner, choking up a bit, “and if that brought me further recognition, fine. But I didn’t do it to move up the ranks. I did it because that’s the way I’ve been taught by my mother to live my life.”

“My parents were only high school educated, but they were the best educators you could have asked for because they taught us the lessons you needed to succeed in life,” he says. At his mother’s funeral two years ago, Ryan spoke about how she had always called him and his siblings out when they made a mistake, and would always promote the values of hard work, honesty, and treating people with respect.

Read: Tim Ryan: A Champion for Diversity in the Workplace describes his mother as the more sociable parent, who counseled him that “everybody gets the reputation they deserve, good or bad,” a thought that stays with him today.

“She was so feisty, so cocky. I learned all the Irish songs from her. We were all kind of suspicious why she left Ireland. She had an education, she spoke Gaelic, she went to Dublin to study. They came from a poor village but they had a pub. My brother Manuel was born above the family pub, Phelan’s on Mill Street in Borrisonkane, Co. Tipperary.” 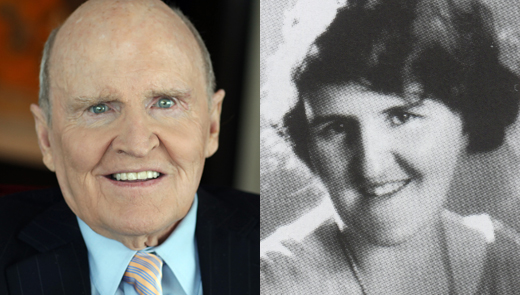 Jack Welch and his mother Grace. “I would suggest, to this day, that my mother was unequivocally the very best athlete in our family. As a dancer and Big Band singer in the 40’s, Rita “Frances” O’Donnell White authentically personified her Dungloe, Donegal ancestral roots coupled with her very humble Wilkes Barre (coal mining) orientation, notwithstanding her more contemporary NYC show business influence at age 15, and well beyond.  Again, the never-ending confluence of her parents’ post-emigration experiences have totally defined our very special family.”