Built between 1799 and 1809 by Ezra Weeks, Gracie Mansion is the mayoral residence in New York, and it’s likely that Irish builders, artisans, and tradespeople were numerous among the construction team, and the ballroom’s chandelier is Irish crystal, donated to the house by the descendants of William Russell Grace, the city’s first Catholic mayor, who was born in 1832 in County Laois.

More recently, when de Blasio and his family moved in, they sought to curate the house’s art collection, and created an exhibit that told the stories of the people who helped build New York, and to give a sense of the immigrant fabric of the city around the time of the house’s construction, including the Irish.

“Representation matters,” First Lady and Mayor’s Fund Board Chair Chirlane McCray told Irish America, “and so many stories of the people who helped build it, and helped build the city, were not being told.”

“The porcelain statuette called ‘Stitch, Stitch, Stitch’ [1877] highlights the poverty and working conditions of Irish textile workers, and the ‘Exiles of Erin,’ [1809] broadside, is a call to action for Irish immigrants to rise up against oppression,” she said.

“We hope that every visitor will leave Gracie with a better understanding of the challenges faced by Irish New Yorkers and how their struggles paved the way for the New York City that we know today.” 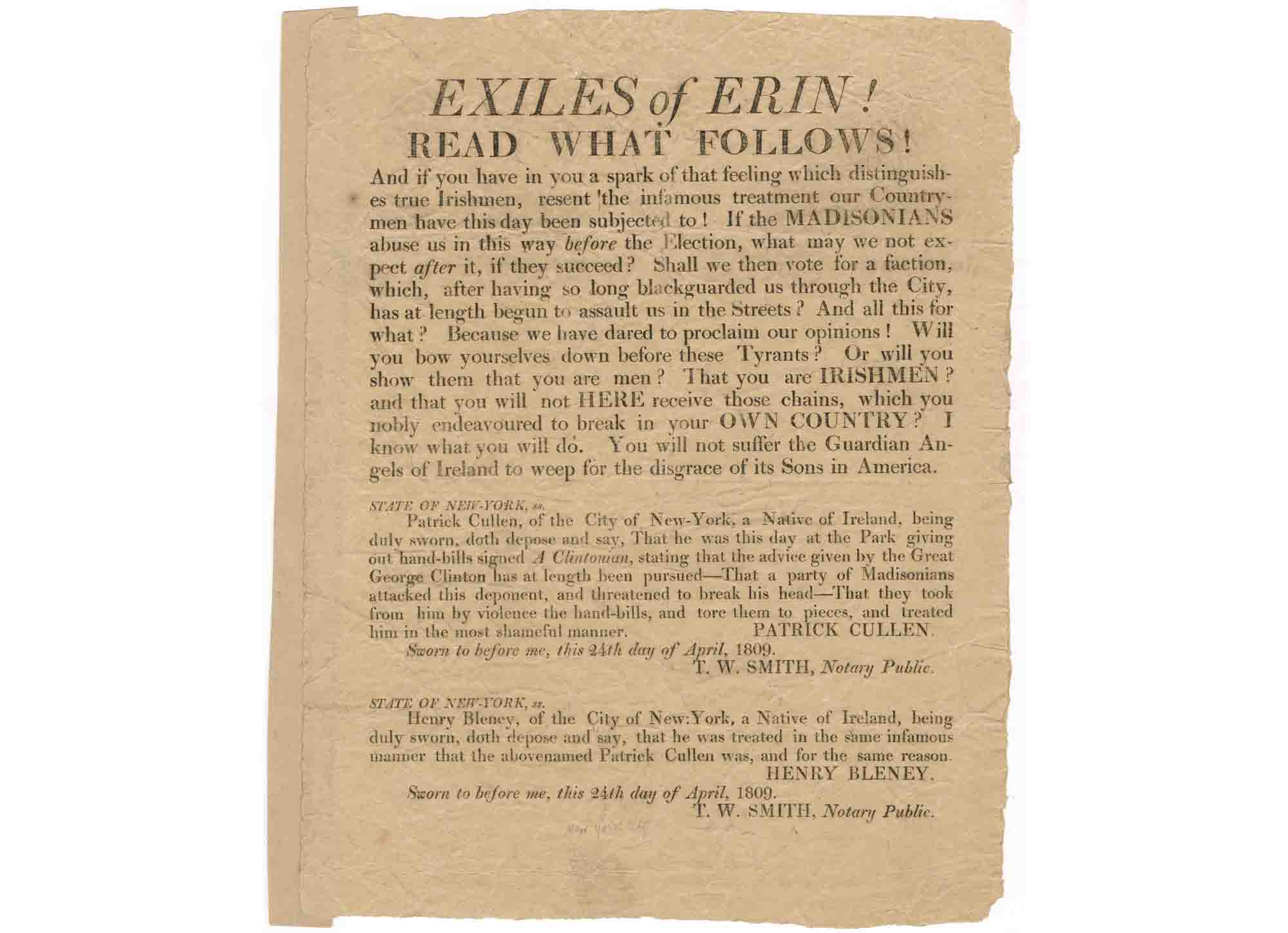 Tours of Gracie Mansion are free to the public and held weekly. ♦