Famous Irish of the American Revolution

Driven from their ancestral home by the British, the Barry family relocated to the American colonies, where John Barry became a prosperous transatlantic trading captain. In December 1775, he was given command of the U.S.S. Lexington, the first commission issued by the Continental Congress, and three months later became the first U.S. Navy captain to seize a British ship (H.M.S. Edward). Once offered 100,000 British pounds and command of any frigate in the British Navy if he would desert the American Navy, an outraged Barry replied that not all the money in the British treasury or command of its entire fleet could tempt him to desert his adopted country. While commanding the U.S.S. Alliance in March 1783, Barry and crew won the final naval battle of the American Revolution off the coast of Cape Canaveral. In 1797, Barry, who is known as The Father of the American Navy, was issued Commodore Commission Number One in the U.S. Navy by President George Washington. 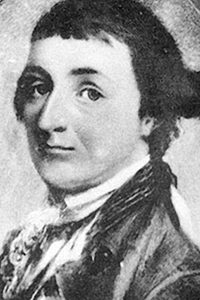 From March 1, 1777 to February 21, 1779, Conyngham terrorized British shipping, capturing or sinking more than 80 ships. England’s King George III is reported to have said he would be pleased to personally witness Conyngham’s hanging, if only the British Navy could catch him. Commissioned overseas by Benjamin Franklin as a Navy Captain, the paperwork was lost and the Continental Congress refused to recognize Conyngham’s appointment despite his contribution to the war effort. He never allowed his quarrels with politicians to curb his commitment to his country. 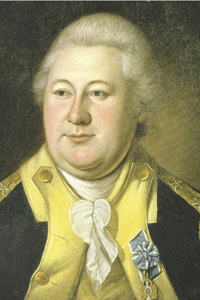 Boston bookstore owner Knox abandoned his business to join the local Patriot militia. In December 1775, he masterminded transporting 60 tons of cannon captured at British Fort Ticonderoga across frozen terrain and rivers to fortify Washington’s siege of Boston. His success, called ‘one of the most stupendous engineering feats of the war’, was key in forcing the Boston Evacuation. Rising to the rank of Major General, Knox was appointed the first Secretary of War under the U.S. Constitution in Washington’s first Cabinet (1789). 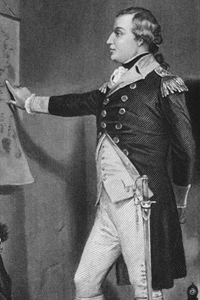 His father, Thomas, was a baronet and member of the Irish Parliament. He joined the British Army in Canada in 1756, moved to NY in 1772 and married into the prominent Livingston family. Appointed Brigadier General by the Continental Congress in 1775, and second in command in the successful Montreal Expedition, he was killed leading an assault on Quebec City. 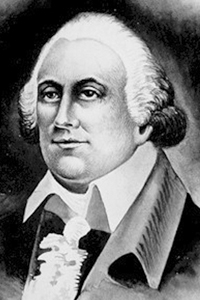 Son of a wealthy Cork shipping family, Moylan immigrated to Philadelphia and opened his own shipping firm. When the Revolutionary War broke out, he spent considerable amounts of his own fortune outfitting the first ships of the Continental Navy, and subsequently earned several Continental Army posts, including first Muster-Master General, Secretary and Aide to General George Washington, 2nd Quartermaster General, Commander of the Fourth Continental Light Dragoons, and Commander of the Cavalry of the Continental Army. 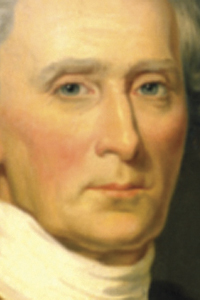 When the British took control of New York, Mulligan remained in the city as an espionage agent, posing as a Loyalist and gathering vital intelligence from British soldiers during their meetings in his clothing store. Mulligan’s vital communiqués included the British plan to invade Pennsylvania and a warning that British agents intended to kidnap George Washington.

Murphy was a member of Col. Daniel Morgan’s Rifle Corps, a fierce group of sharpshooters with deadly accurate aim. While Murphy neither rose to great heights in the Continental Army nor sought political status after the war, his participation in the colonies’ fight for independence was, like thousands of other Irish Americans, vital to the Revolution’s success.

Five days before the Battle of Bunker Hill, O’Brien and his four brothers raided and seized the British warship H.M.S. Margaretta in Machias, Maine. The event was the first naval battle of the Revolution. Jeremiah and his brother John were commissioned as privateers and authorized to seize enemy ships. 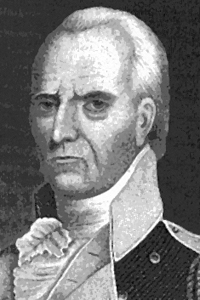 Stark served as an officer in the British Army during the French and Indian war, and at the outbreak of the Revolutionary War, joined the New Hampshire Militia. Enlisted by the Continental Army for his knowledge of the frontier, he was promoted to Brigadier General for defeating the British at the Battle of Saratoga, a turning point in the war. Toward the end of his life, he wrote to his comrades: ‘Live free or die’, which became the New Hampshire state motto. 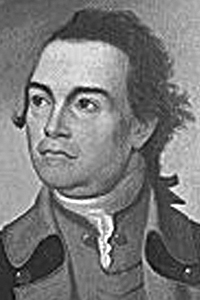 A lawyer by profession, Sullivan attended the Second Continental Congress and argued that war had been started by the British attacks on Lexington and Concord. Serving as a Major General during the war, he led the forces that defeated an Iroquois-Loyalist alliance in New York. After the war, Sullivan served as Attorney General and Governor of New Hampshire, and the first federal judge for the United States District Court for the District of New Hampshire. ♦

4 Responses to “Famous Irish of the American Revolution”