Corner of Ireland: Murphys, CA – “Queen of the Sierras”

Murphys Hotel, when it was still known as the Mitchler Hotel.

By Michelle Harty, Contributor
April / May 2016

Settled in 1848 by brothers John and Daniel Murphy from County Wexford, Murphys, California, once a mining town, is today a major tourist destination.

Hidden in the Sierra foothills of California, in the vast and quiet Calaveras County, northwest of Yosemite, lies Murphys, a small town with a big personality. Made up of about 2,300 residents spread out over 10 square miles, Murphys has a downtown that is small enough to see from one end of it to the other, yet it is far from quiet.

Main Street bustles with chatty visitors, tipsy from tastings of locally grown vino, which are offered at each of the chic tasting rooms along Main Street, and excited about all of the eye candy that the town has to offer. Between the novelty shops, the boutiques, and the picturesque remnants from the 1800s, there is much to take in. Quaint historic houses contrast and complement their über-hip new neighbors, like the darling gourmet cupcake shop, Lila & Sage. Likewise, the longtime locals of Murphys stand out amongst the newbies. While visitors skip along admiring whimsical art and sampling homemade mustards and corn nuts, residents can be spotted along the sidelines. They’ve seen it all before – it is only one street, after all – and now they find more entertainment in watching the latest group of breeze-throughs than the commodities. A chef with a tall white hat and a big belly rounding out his apron is sitting on a wooden bench watching the people go by. Down the road at the town hall, leaning on the railing of the white wooden porch, is a middle-aged gentleman in a trenchcoat with a perfectly slicked handlebar mustache who looks like he has walked straight out of the Wild Wild West – or shall I say Murphys – 150 years ago. 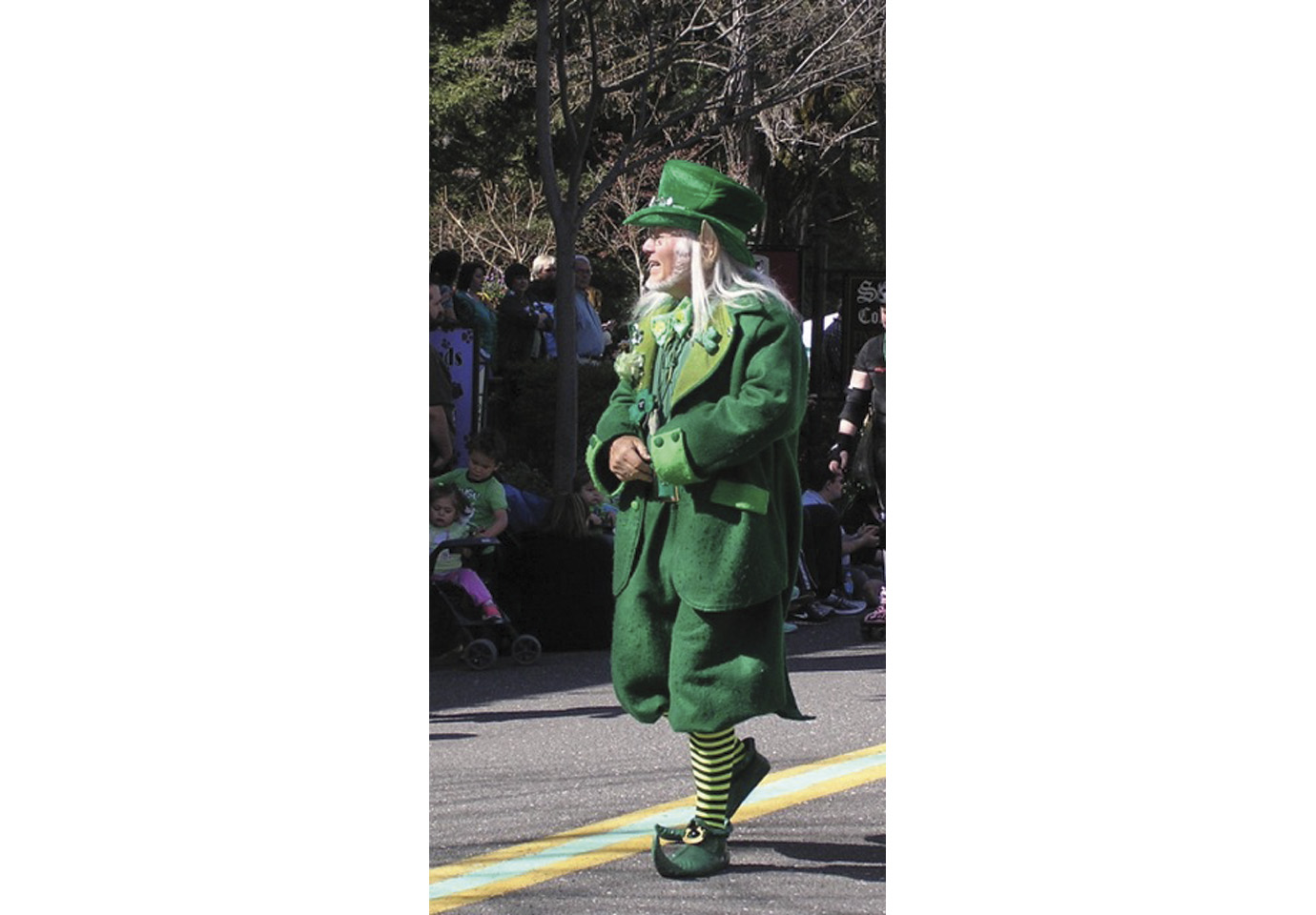 The town is named after its founders Daniel and John Murphy, originally of County Wexford, Ireland, who were living in Missouri with their father Martin and large extended family when they first got wind of gold in California. It was the early 1840s and Missouri was plagued with illness that had been fatal to many, including their mother, Mary (née Foley).  Martin Murphy was not a man who stuck around for unfavorable circumstances.  He had sailed his large family from Ireland to Quebec and from Quebec to Missouri seeking a better life, and this time was no different. The Murphys  joined forces with the Stephens and Townshends, traded their assets for oxen and covered wagons – twenty-six in all – and set out across the plains and the Sierras, pioneering trails that included the summit where the Donner Party would run into trouble a few years later. California was full of opportunity and some members of the party went on to settle in southern California, and in Santa Clara, where they helped to found Santa Clara University. It was August of 1848 that Daniel and John first arrived at the area near Sutter’s Fort that later came to be known as Murphys. There they found something that made them want to stay a while – gold. Roughly $20 million in gold was discovered in Murphys and the surrounding area that includes Angels Camp, and according to reports, John left town in 1849 having amassed a fortune of $2 million in one year. 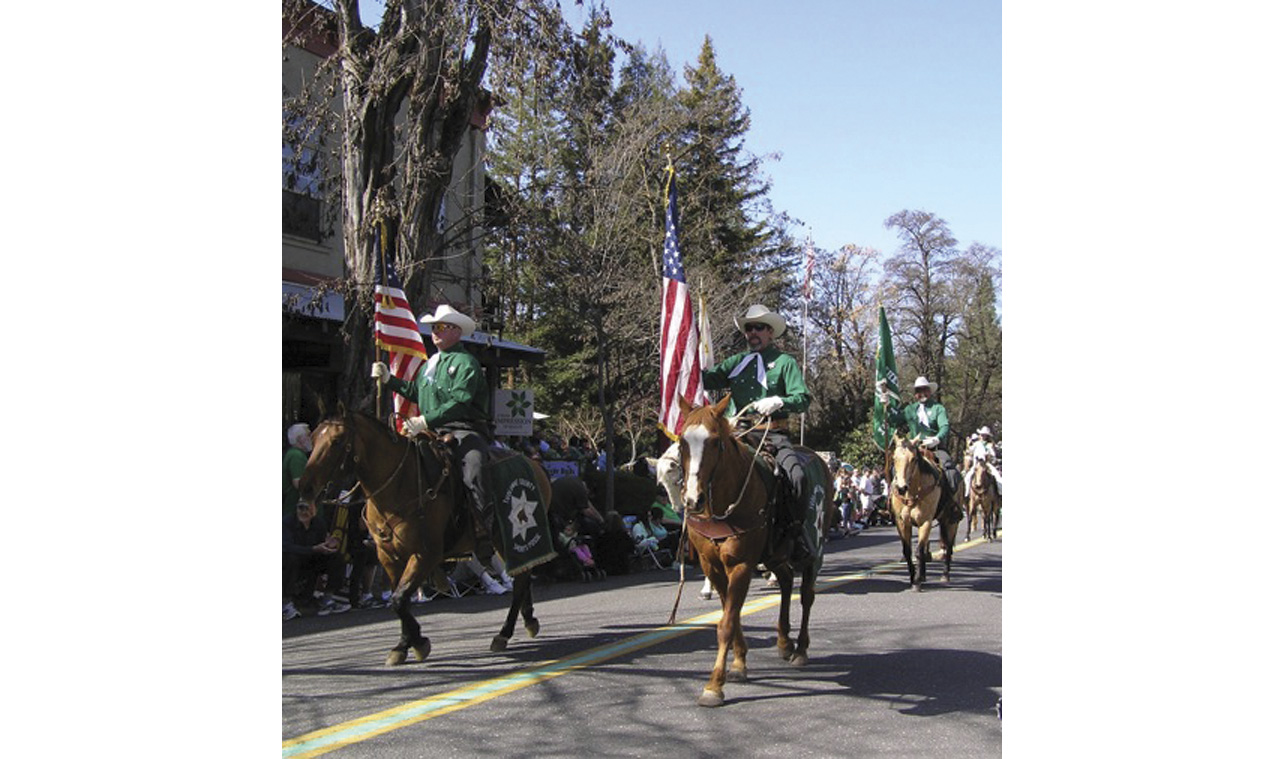 The years that followed were full of excitement as the settlers pulled their fortunes out of the creeks, supplying the local Native Americans with comfort items like blankets in exchange for their help while more than two thousand other gold-seekers flocked to the area. The abundance of new wealth in a new, and not-yet-very structured, community led to all sorts of scandal like robberies, conspiracies, and murder – the Wild West we now know.

But over time, the community came together and soon tents were replaced with little houses, a post office, a school, a thriving store and a hotel.

Today, Murphys is a popular tourist resort, and wedding destination. The nearby giant sequoia trees in what is now Calaveras Big Trees State Park are a major draw, and the area’s dry hot summers make it a perfect venue for outdoor celebrations. The Old Timers’ Museum offers a picture window into the town’s mining past, and the local wineries offer some spectacular products grown from local grapes.

Today it’s a popular spot for out-of-town wedding parties and all sorts of local community occasions. The hotel is now owned by Brian Gross and his partners Joel Lacitignola (the “best chef”) and Kevin Clerico (the “best bartender”), who bought the hotel in 2012 from the previous owners for whom Brian had worked as manager for 11 years. 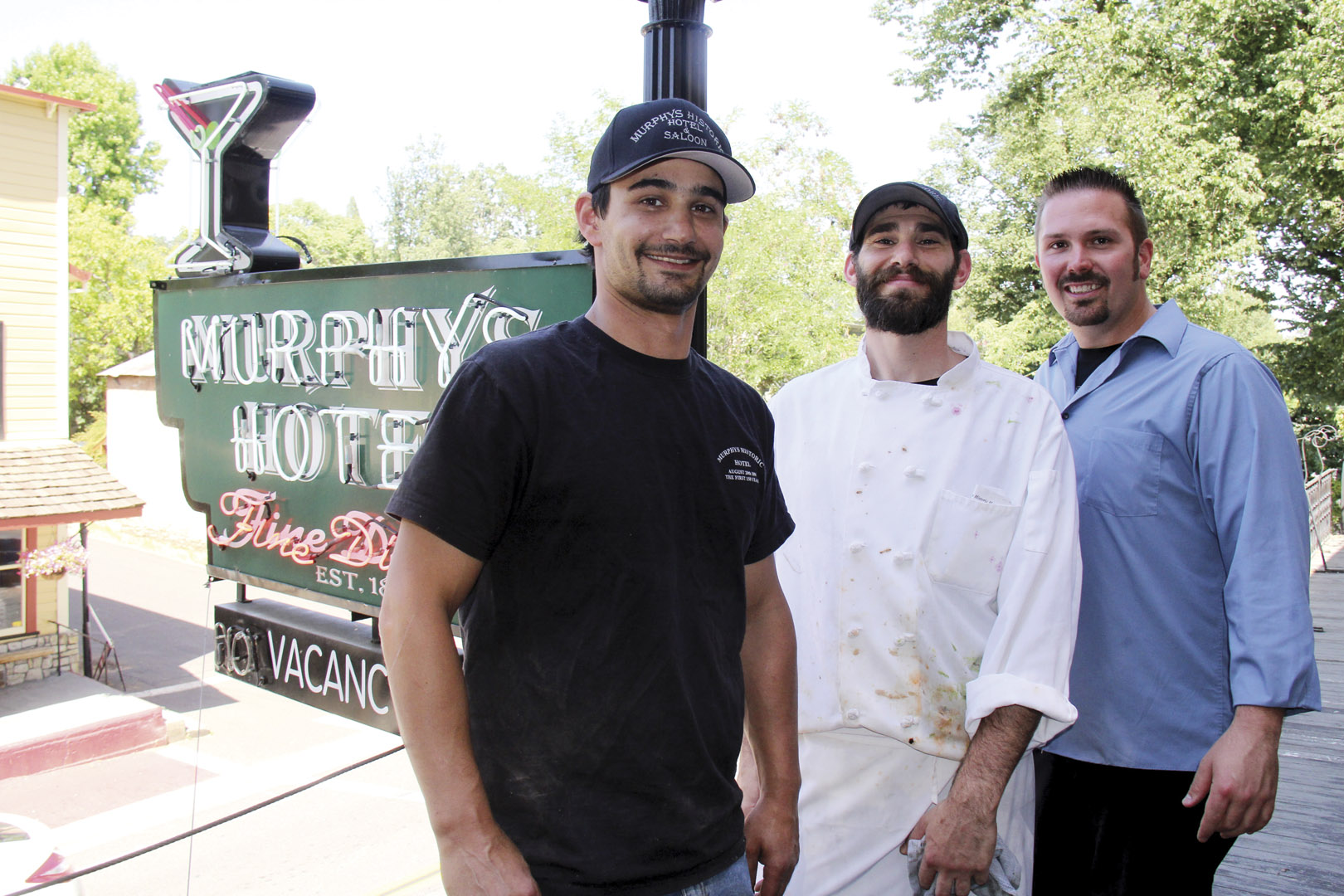 “It’s a great community Kevin and I are part of the rotary club and the Murphy Business Association and the Park Association – the businesses work together to support the community, care for everyone, make everyone feel welcome from the onset,” says Brian who says that the community and business owners want to make sure that “everyone leaves here with a smile on their face and a good experience.”

“Murphys’ hidden gems are its wineries,” Brian says. The area is known for its beautiful vineyards but what makes them really special is that they are owner operated.

“Most of the owners are still in the wineries pouring, there every day making sure that everything is running smoothly.”

And if you want to stay put, there are over 20 tasting rooms on Main Street alone.

Murphys is a popular wedding destination and has plenty of different venue options, from vineyards to farm houses, depending on what you are looking for. 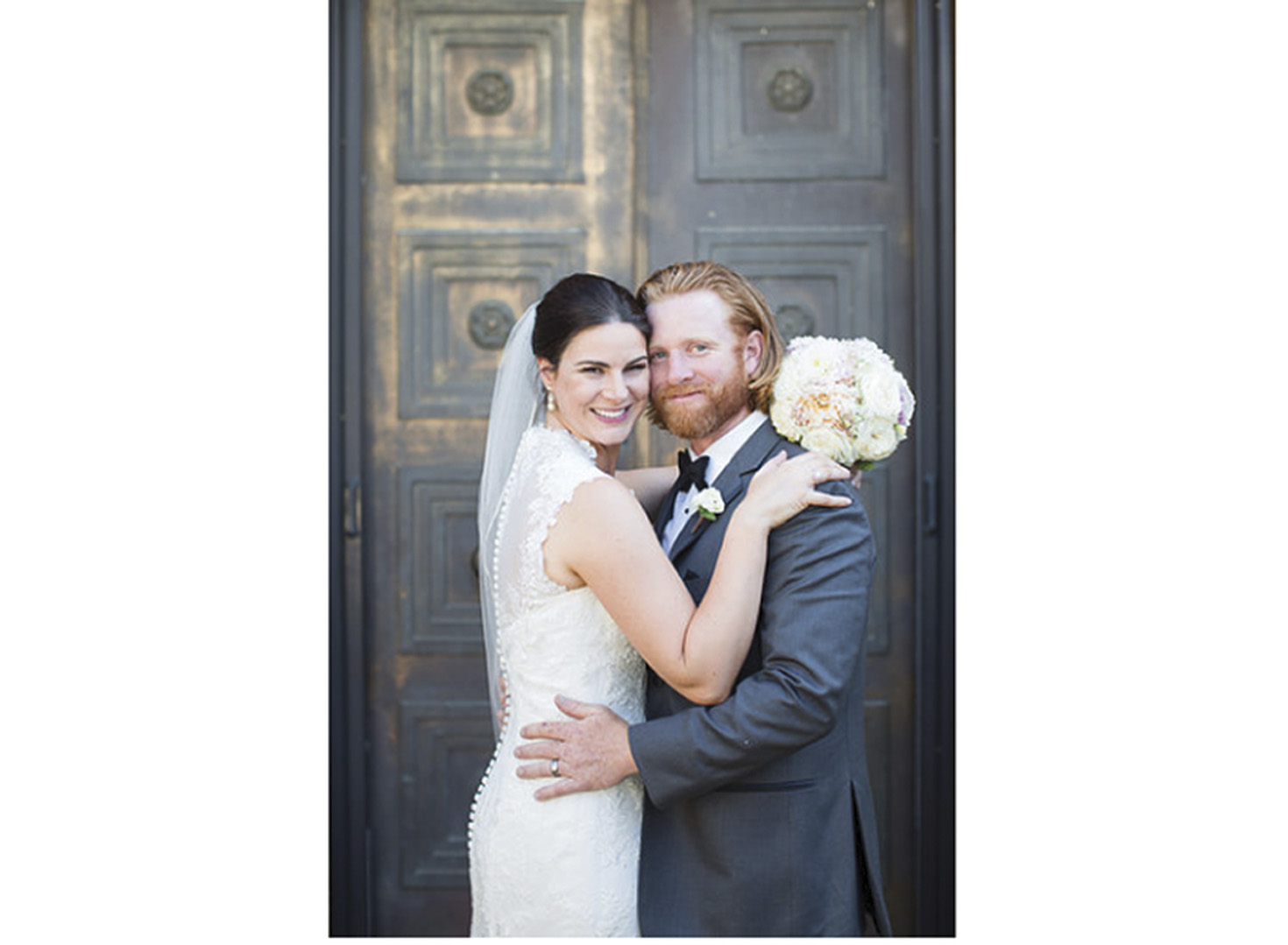 The wedding of Daire O’Rourke and Stephen Harty. (Murphys is a popular wedding destination.)

The hotel itself caters about 12 weddings a year and a ton of rehearsal dinners, something that should appease the resident hotel ghost, Eleanor, a chambermaid who fell in love with a gold miner who went off to seek fame and fortune to support his new wife but never returned. Eleanor walked the halls, waiting for him, until she died 30 years later. Apparently, according to numerous guests, she is still walking.

The whole town comes out to celebrate Irish Day in honor of Murphys’ Irish heritage, complete with a parade on the Saturday prior to St. Patrick’s Day. The festivities can draw a crowd of up to 12,000. Rooms at the hotel are booked a year in advance. 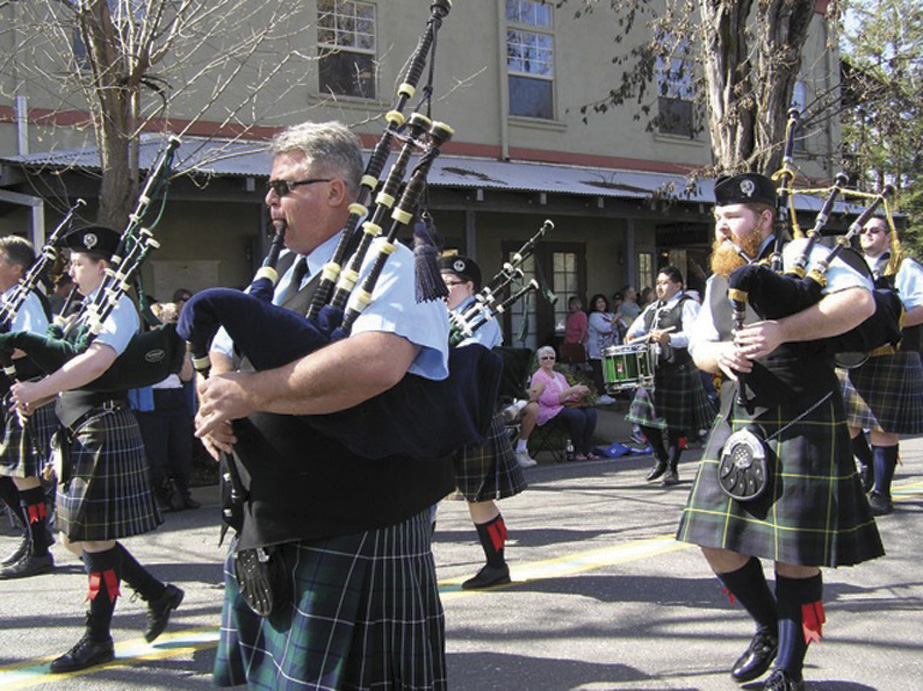 “There’s music and vendors who bring as much Celtic stuff as they can find,” says Brian. There’s the bagpiper who marches through the hotel, and of course, plenty of drink. Murphys’ specialty is the “Car Bomb” which is made of Irish cream liqueur, Irish whiskey, and Irish stout.

“The last two years we had nice weather – when you have that many people roaming the street, that’s a plus,” says Brian.

Irish Day is a fun day but any day in Murphys is a great day.

Murphys is a place for Brian to bring up his children that still has the small town feel it had when he was a kid there and a tight community of people who look out for each other. “My family lived a block apart all their life – around 40 years. If I’m going to stay put and raise a family, Murphys’ the best spot. It’s been around for 150 years and it’s not going anywhere anytime soon.” ♦

One Response to “Corner of Ireland: Murphys, CA – “Queen of the Sierras””

On July 21, Irish Ambassador Dan Mulhall and the mayor of the City of Berkeley, Jesse Arreguin, family members, and...