Ambassador Anne Anderson in the green jacket of the Friendly Sons of St. Patrick after she became the first woman admitted to the organization in its history.

Irish Ambassador Anne Anderson became the first women to be inducted into the Friendly Sons of St. Patrick, an organization that has had an exclusively male membership since it was founded in Philadelphia in 1771.

Twenty other women were also admitted as members at the Friendly Son’s 245th Annual St. Patrick’s Day Gala on Saturday, March 12. Anderson’s inclusion is also special since the only other individual to be an “adopted” member of the society in its 245-year existence was George Washington.

The Society of the Friendly Sons of St. Patrick is one of the oldest Irish societies in the U.S. Founded as a charitable organization to help new immigrants, the Friendly sons admitted both Catholic and Protestant members, but until this month had remained a male-only society.

Anderson has been critical of the tradition of male-only societies in the U.S. since assuming her diplomatic role in 2013, so it is fitting that she become the first to break the gender barrier. The movement to open the society to women also had its supporters within the Friendly Sons, namely from President Joseph Heenan, who had been vocal about the change since taking on his role in 2015.

The fact that the inclusion of women should come during the 1916 Rising centenary year was also an important one for Anderson, who delivered the keynote address at the March gala, and used the occasion to discuss the legacy of the gender inclusiveness of the Proclamation. 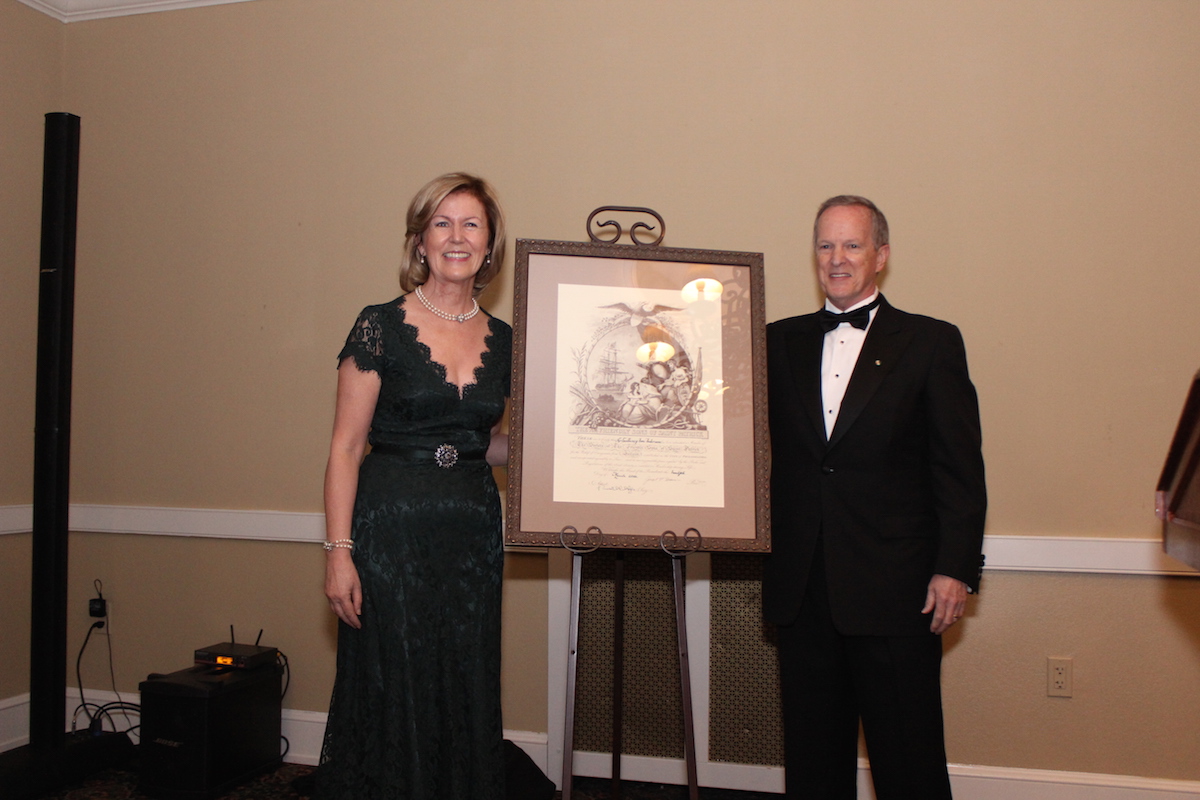 “There could not be a more fitting year for your Society to take this step forward,” she said.

Anderson also spoke of a national year of examining “the balance sheet of the past 100 years.”

“We look back with deep and genuine pride on all the many achievements, but we acknowledge also where we have fallen short,” she said.

“The feminist Ireland that many of the protagonists of 1916 envisaged was lost to sight over subsequent decades.

“Our history in this regard is in no way unique. What happened to women in Ireland in the aftermath of 1916 is part of a larger pattern – a global pattern – that continues in our day.” 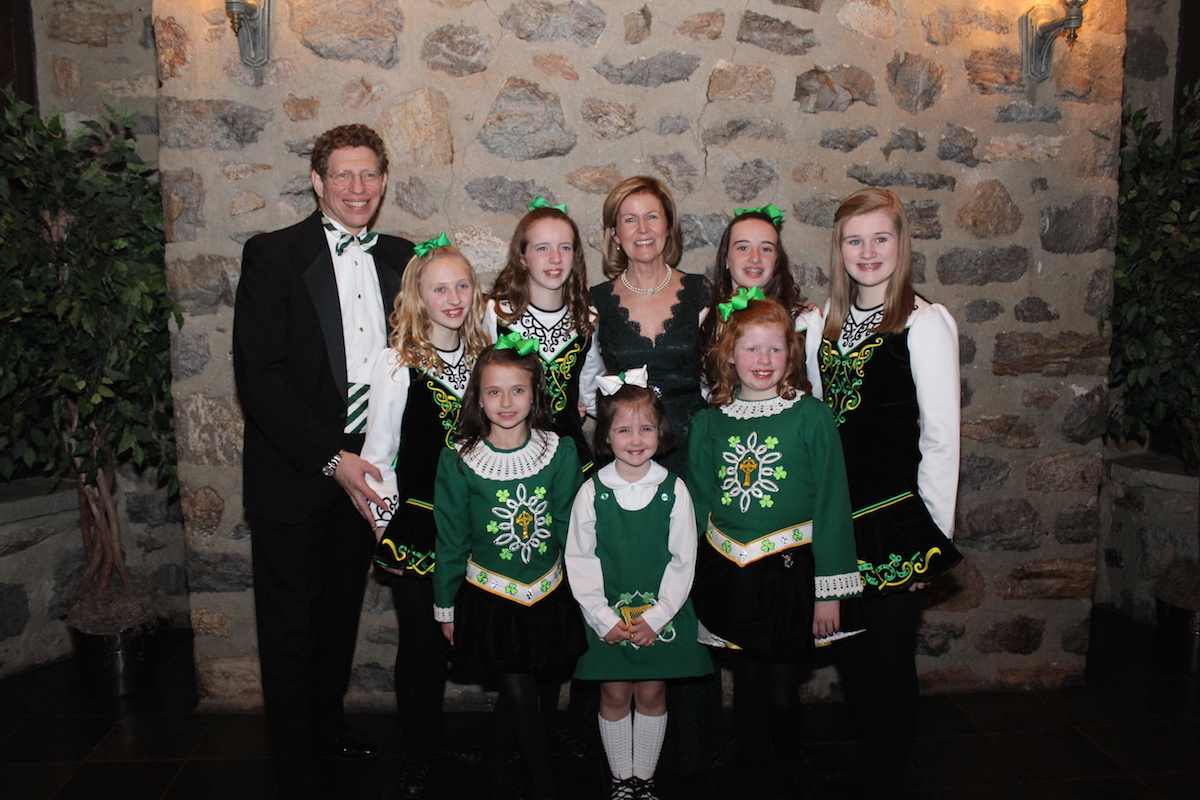 Anne Anderson pictured here with the McDade Cara Dancers at the event.

She concluded in praise 2016 as a year of inclusivity for the Friendly sons and for the Irish in America more generally:

“It is heartening, and moving, that Irish America should be marking this centenary year with new steps toward inclusivity. Five days hence, we will cheer a very different St Patrick’s Day parade as it proudly marches down Fifth Avenue – a parade that for the first time includes Irish LGBT groups. Tonight the Friendly Sons have broken down barriers of 245 years; on 17 March in New York, we will see another barrier of very long standing dismantled.

“In both instances, Irish America is making a statement: there are no second class citizens; no children of a lesser God.

“Two hundred and forty five years ago, in choosing to become a non-sectarian organization, the Friendly Sons grasped something essential: that inclusivity enriches us all. It is not just a gift bestowed or a right recognized. It is something which carries its own reward: binding us together, making our communities stronger and more resilient,” she said.

“In this hallowed city, in this centenary year, your Society has shown true leadership, decisively embracing renewal and modernity. As so often before, history is being written in Philadelphia. It is a privilege and a joy to be part of it.” ♦