“He calls himself a pub man but he is so much more than that,” Barry said of McDonald. “He is a genius in the art of creating community.”

In 1995, McDonald opened Swift Hibernian Lounge and began to revolutionize the Irish bar in New York. There are no TVs, no kitschy Irish knickknacks, but there is excellent live trad music  and the best pint of Guinness in New York City. Swift, unlike so many so-called “Irish pubs,” does not pretend Irishness, but simply is Irish, Barry said.

In addition to the music and the craic, what keeps Swift authentic is the perfect pints. “He insisted on the proper adjustment of tap lines so that we poor Yanks could enjoy a proper pint,” he said, referring to the specific 76 percent nitrogen and 24 percent carbon dioxide gas mixture used for Guinness keg lines.

Since opening Swift, McDonald and his partners have added to their family with a slew of award winning spots around New York City: Puck Fair, a reference to Ireland’s ancient goat fairs (“poc” being the Irish word for a male goat); Ulysses, an appropriately literary spot in the Financial District with oyster happy hours and, of course, Bloomsday events (hosted, incidentally, by the evening’s other honoree); The Growler, another FiDi abode; and, most recently, Pier A Harbor House, which transformed a practically abandoned pier at Battery Park into a top food and drink destination. 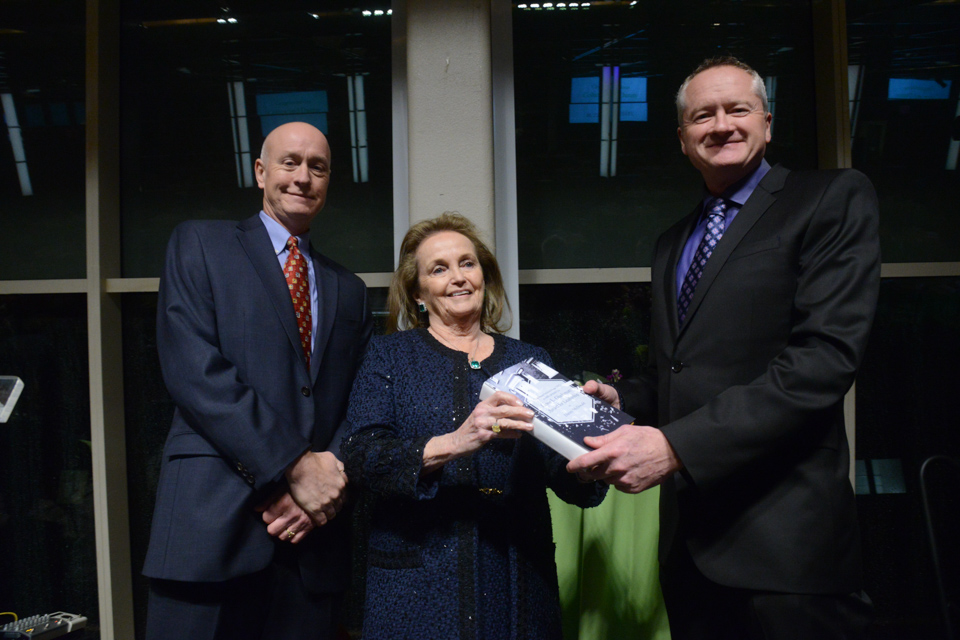 “And although we’ve been friends for many, many years, that friendship in no way diminishes how Lilliputian I feel sharing tonight with Ireland’s national treasure, Colum McCann,” joked McDonald.

Introducing McCann, Barry recounted how the prize-winning author had been assaulted while breaking up a domestic dispute on a trip to New Haven, and how his written statement became itself a piece of literature. “He transforms violence into art,” Barry said – an assessment that applies to McCann’s oeuvre as a whole.

McCann, whose latest collection of short stories, Thirteen Ways of Looking, was released in 2015, has earned scores of accolades, including being the first Irish author to receive the National Book Award for his 2009 novel, Let the Great World Spin. Though he was born and raised in Dublin, the author and his family make their home in New York City, and McCann holds dual citizenship.

In addition to his own impressive work, McCann is committed to fostering the fledgling talent in the next generation of fiction writers; he teaches at Hunter College’s competitive creative writing program and recently began “A Letter to a Young Writer,” a series of weekly essays offering advice to novice writers.

To honor the spirit of his award, McCann opened his speech with Heaney’s famous poem, “Digging,” and shared stories of how the Nobel laureate would, when complimented on his work, turn the conversation back to the other person. Heaney’s skill, McCann noted, lay in his ability to understand and write from the perspective of the other.

“What Heaney’s beauty was his embrace of absolute otherness. I think our task as a culture, as a diaspora, as a people, is to continue to embrace otherness,” he said. McCann noted that Ireland House, and by extension, the whole Irish American community of New York did feel quite like a family. “Part of the family-ness of it all is that we are continually, like Mr. Heaney, looking outwards, we who are both here and there at the same time.” 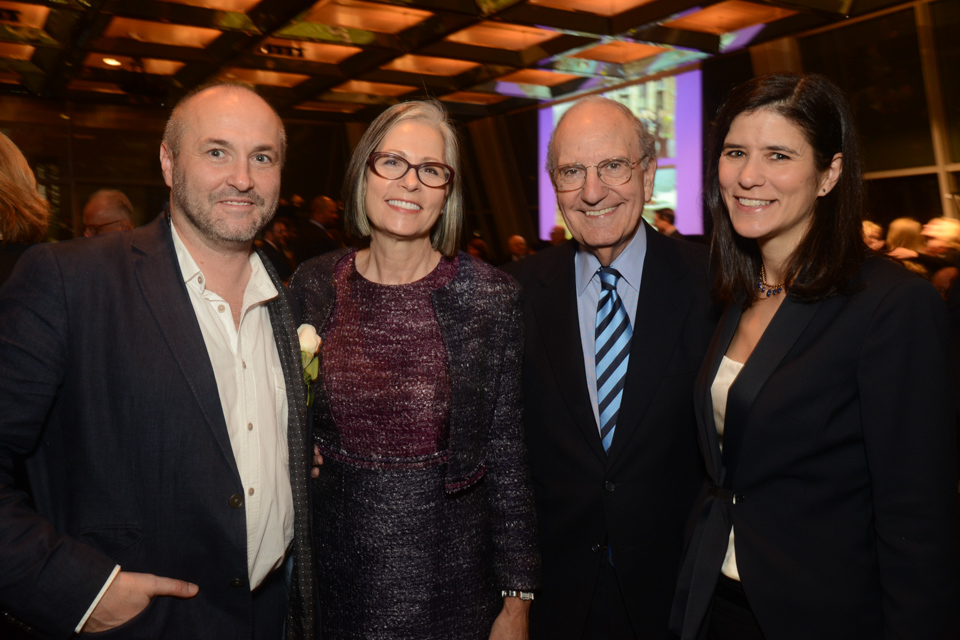 Colum McCann and his wife Allison (far right) with former Senator George Mitchell and his wife Heather, who also attended the gala. (Photo by James Higgins)

McCann also read Seamus Heaney’s “Lauds to Loretta,” a poem written in honor of its 20th anniversary in 2013 and dedicated to Loretta Brennan Glucksman, who co-founded Ireland House with her husband Lew.

In 1993, the Glucksmans founded the Irish studies House, which “provides access to Irish and Irish-American culture and fosters excellence in the study of Ireland, Irish America, and the global Irish diaspora.” Both McCann and McDonald devoted significant portions of their speeches to thanking Loretta and the Ireland House staff – McCann especially noted Ireland House has been instrumental in making conceptions of Irish identity more inclusive and available.

The Irish community has “turned a corner,” McCann said. “Why did we turn a corner? I think […] because we have places like the Glucksman Ireland House that allows us to tell our stories about one another and to be interested in the stories of the other.” ♦

A new National Library of Ireland exhibition celebrating the life and work of Seamus Heaney gives an overview of the...

World-renowned artists gathered in Bellaghy, Northern Ireland, on Saturday, April 13, for “In New Light: An Occasion...