A new Remembrance Garden in Springfield, MA is one of many existing and / or planned memorials to the Easter Rising in the U.S.

Though the majority of memorials to the Easter Rising are on the East Coast, the influence of the revolution are spread from Golden Gate Park to Long Island Sound.

Construction began on a new remembrance garden in Springfield’s Forest Park in January 2016, the first of its kind in America to pay homage to the centenary of the 1916 Rising. It features seven oak trees to represent the seven signatories of the Proclamation, a stone replica of the proclamation, and the Irish tricolor alongside the American stars and stripes. It opened in May 2016. Congressman Richie Neal speaks at the 1916 Garden of Remembrance at Forest Park in the city of Springfield, M.A.

The Gaelic American Club of Connecticut dedicated a new memorial to the 1916 Rising on April 24, 2016. A dedication Mass was held at St. Thomas Aquinas Church, officiated by the Bishop of Bridgeport, followed by the dedication of the memorial in front of the G.A.C. headquarters and a community parade. 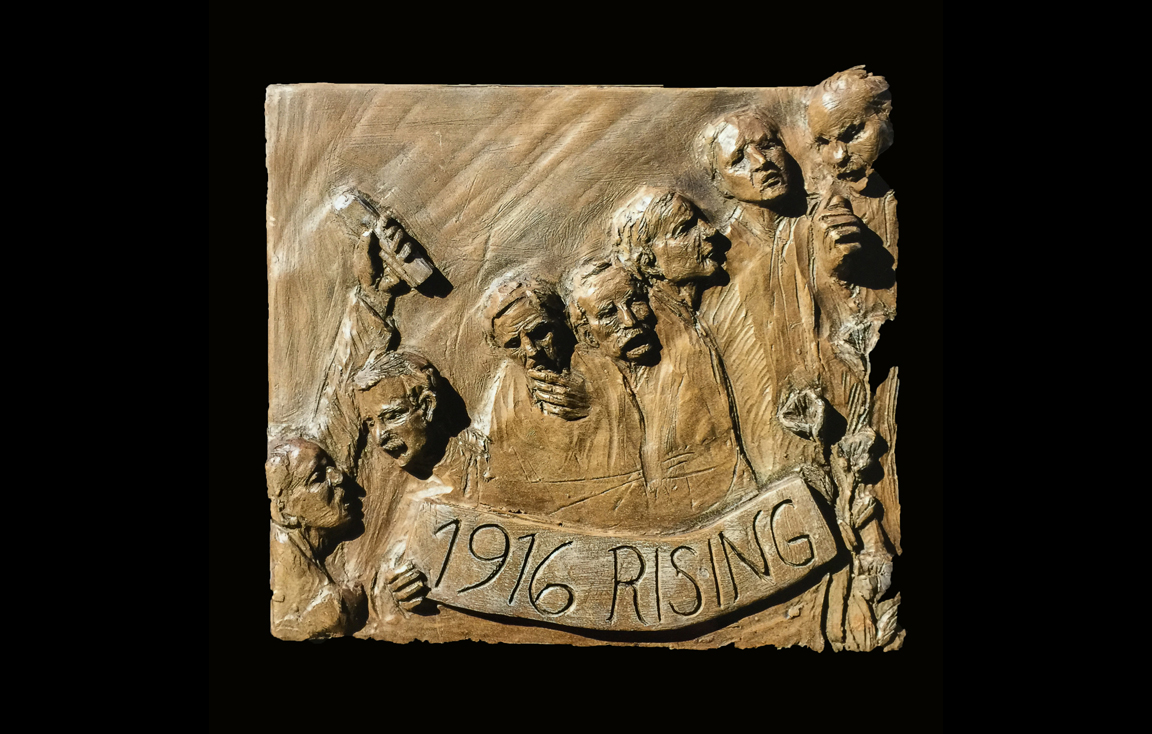 James Connolly only lived in Troy for two years, but local trade unionists raised funds to commemorate his time there. The bust was unveiled in 1986 and stands atop a granite pillar in Troy’s Riverside Park. It was re-dedicated in 2013. 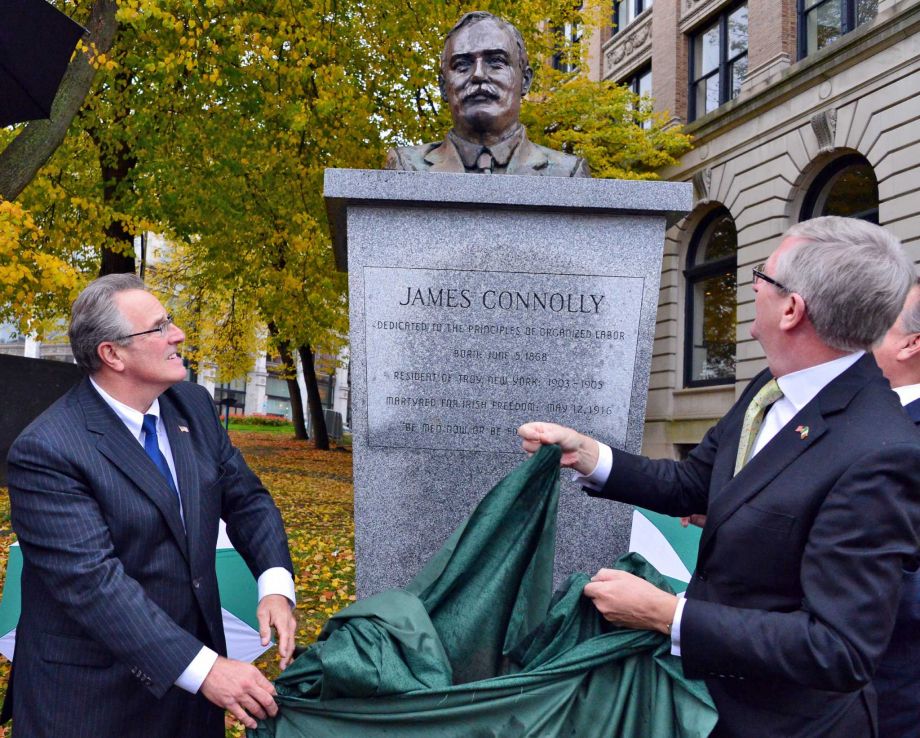 Tom Clarke lived in Manorville, Suffolk County, New York on Long Island just prior to returning to Dublin in 1907. On the site of his 60-acre farm, a Wicklow granite obelisk in his memory, dedicated in 1987. 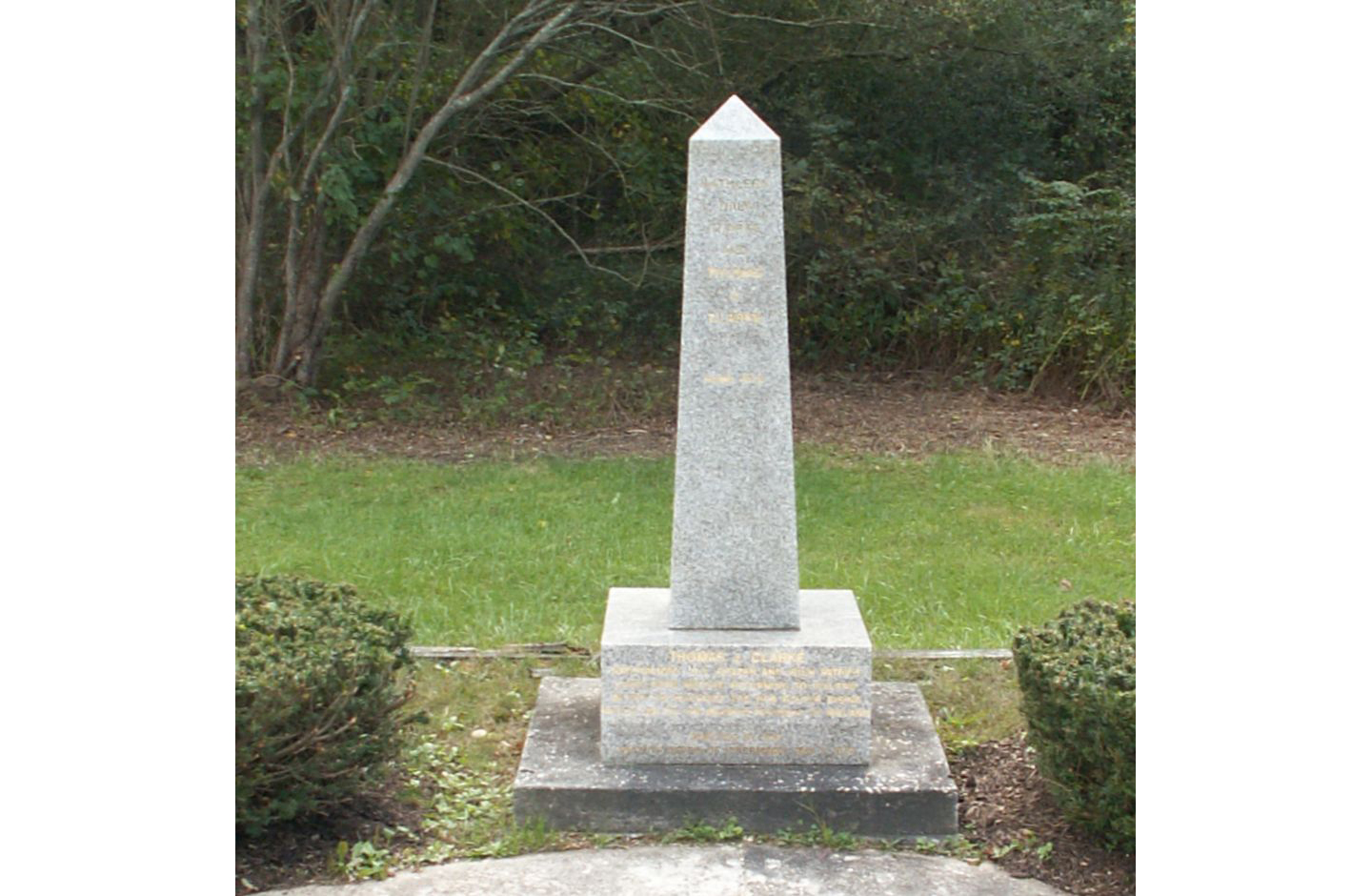 And on May 3, 2016, 100 years to the day of Tom Clarke’s execution, the Suffolk County Courthouse in Central Islip dedicated a new memorial in his honor. In neighboring Nassau County, an Irish Monument dedicated in 1979 sits at Courts of Justice in Mineola as a living symbol of the county’s dedication to end discrimination in Northern Ireland. 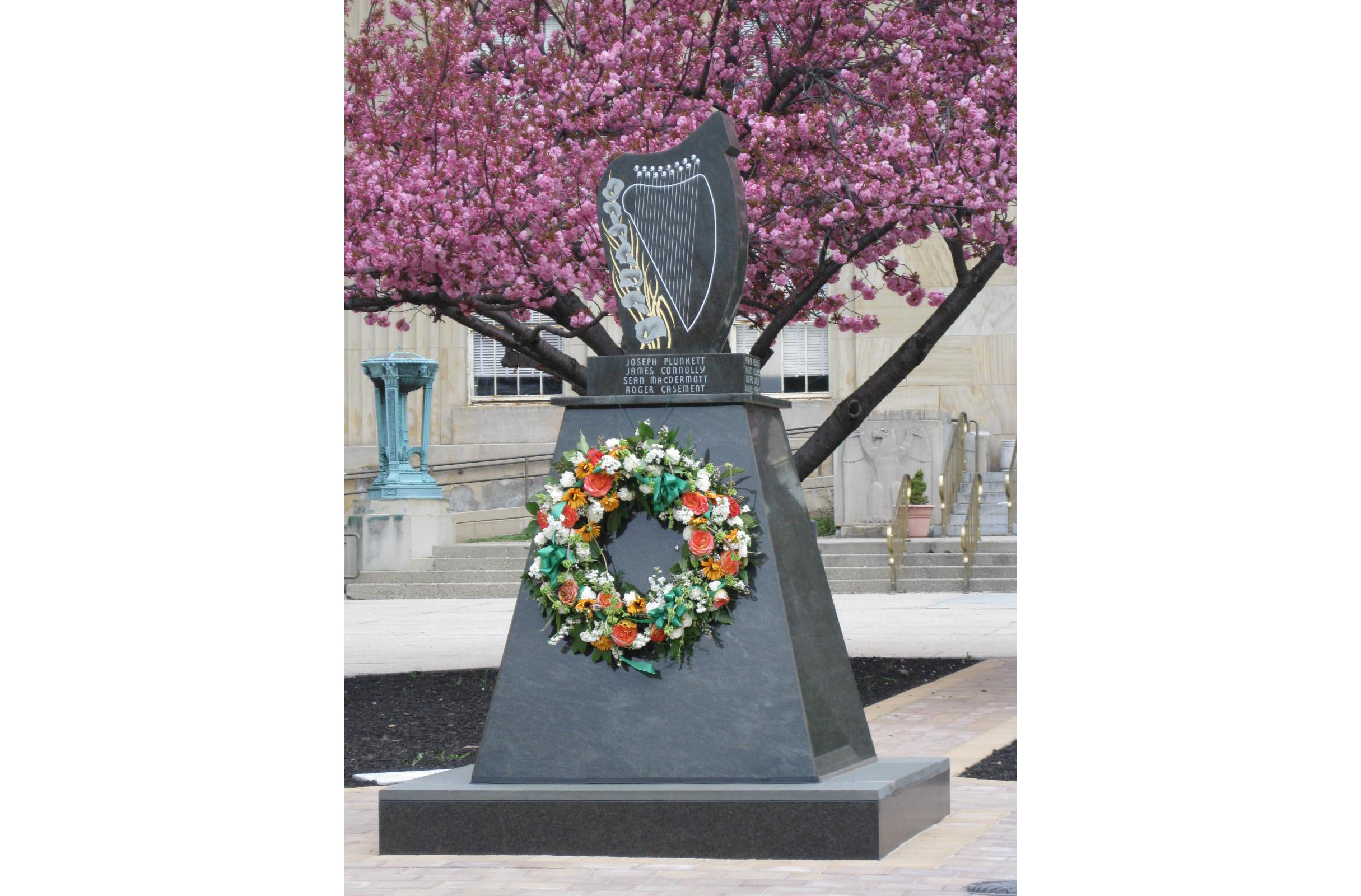 On March 19, 2016 the Bay Ridge St. Patrick’s Day Parade began with a tree-planting ceremony and rock dedication in memory of the Rising at the edge of Brooklyn on the Atlantic Ocean.

A life-size statue of James Connolly stands in Union Park. The sculpture monument was commissioned by Frank O’Lone, President of the Irish-American Labor Council of Chicago and was placed in 2008. Another is planned for his birthplace in Edinburgh, Scotland. 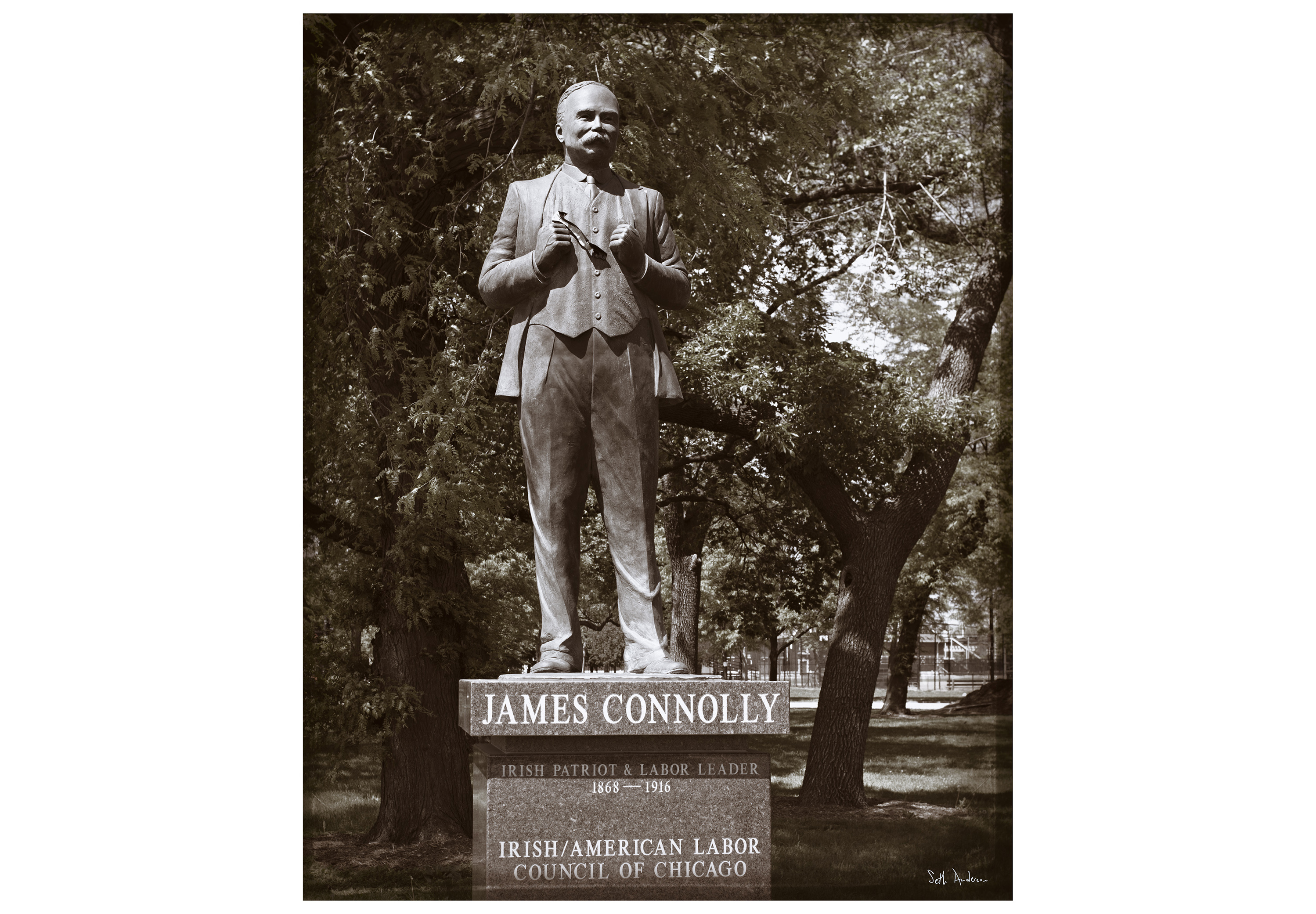 There are three identical statues of Robert Emmet in the U.S. Each dedicated in the years following the Rising in memory of the event, the original was crafted by Irishman Jerome Connor. A copy now stands in San Francisco’s Golden Gate Park, in Emmetsburg, IA, and near the Irish Embassy in Washington, D.C. It’s a simple statement of Emmet’s importance to the ideals of 1916.

How the 1916 commemorations helped people connect on a personal level. “Everything is repeated, in a circle....