View of the O’Connell Bridge, looking north, following the British shelling of Dublin during the Rising.

Welcome to the 1916 Centenary issue of Irish America.

This special issue of Irish America is dedicated to the centenary of the 1916 Easter Rising. Its aim is two-fold: to highlight and investigate the key individuals and movements, both American and Irish, who had a hand in the planning, execution, and aftermath of the Rising, and to showcase underrepresented aspects of the Rising, like the role of women, the part the American labor union movement played, and what the Rising meant in the context of the British Empire at the time. 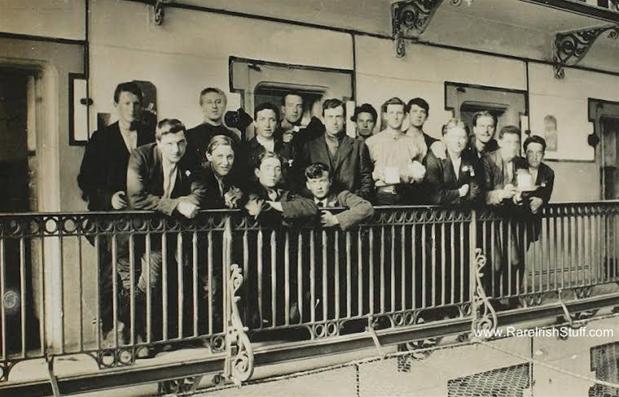 Michael Collins (fifth from right) with other Irish prisoners at Frongoch internment camp in Wales.

The legacy of the Rising lies in how it is remembered and commemorated, interrogated and studied. Fifty years ago, for the 1966 anniversary, it was commemorated very differently, as Notre Dame professor Tom Bartlett tells Jason Kelly in this issue, with the emphasis on celebration.

“There was no probing questioning, no critical examination, no scrutiny of the revolution’s motives,” he says.

Twenty-five years ago, this magazine situated its 75th commemorative issue of the Rising around a discussion of what followed, namely the partition of Ireland and the Troubles, and included one of the first interviews published in the U.S. with Sinn Féin president Gerry Adams.

In the years leading up to the centenary, questions again arose of how best to mark its anniversary. In a post-Troubles, still-partitioned Ireland, it’s clear it can not be exclusively heralded, nor can its significance for bringing about the 26-county Republic be under-represented. Into this year, this debate is ongoing, and this issue is a continuation of these inquiries.

As a simple fact, there is too much to cover with respect to the Rising in the pages of one issue. Indeed, this magazine does no seek to be a comprehensive guide to the events of 1916, because its significance and meaning is still undergoing transformation at all levels. The Rising, as culture critic Fintan O’Toole writes in The Guardian this month, “is unfinished business that makes powerful demands on Ireland’s future.”

This special edition is a launch pad for our readers to begin their own investigations into the Rising and it’s legacy – a space to learn new information and a space to raise and posit questions. ♦ 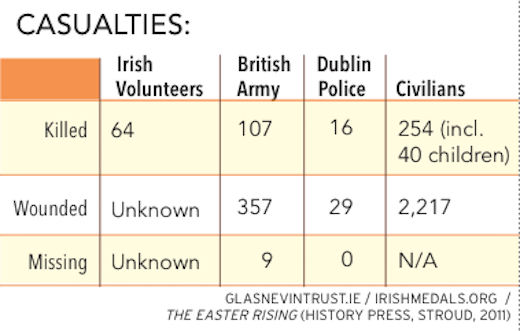