Elizabeth “Lily” Kempson McAlerney, who threatened a man at gunpoint when he wanted to leave the scene of the fighting, was exiled to the U.S. when the uprising was suppressed, but supported the cause of a united Ireland until her death. 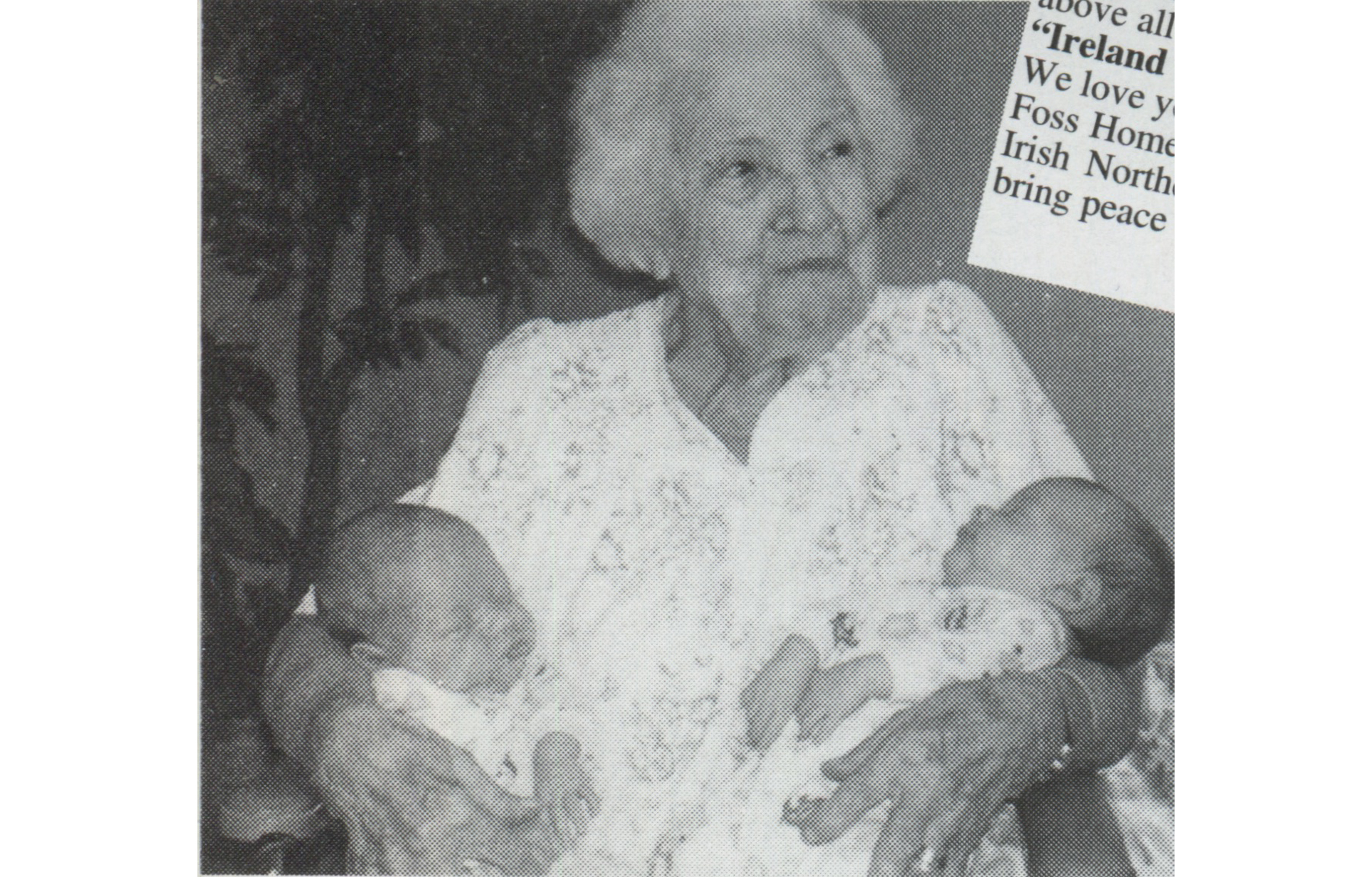 Lily McAlerney in 1996 with her great-grandchildren, two of 116 she had.

In 1916 she was among the ten men and three women who seized control of Dublin’s St. Stephen’s Green during fighting with the British soldiers. In the thick of the fight she was handed a revolver and told to be careful whom she hit. She recalled being prepared to die that day, but had no qualms about the prospect of having to use the gun. When one of her male colleagues decided it was time for him to flee the scene, Lily rapidly changed his mind for him. No-one was leaving, she told the man. “I want to go home,” she recalled the man saying. “You can’t,” she calmly replied. “We’re all away from home now.”

During the week-long siege of Dublin, Kempson acted as a courier for Padraic Pearse and the other men inside the General Post Office, dodging police snipers in the process. But once the fighting ended she was arrested and thrown into jail again, only to escape and leave the country using her sister’s passport.

When she got to the U.S., Kempson made her way to Seattle, where she married Matt McAlerney, who died in 1981. The couple had seven children, and many grand-children.

The Irish government recognized Lily Kempson’s part in the fight for independence by sending her a monthly pension for many years. She still believed that her work, started all those years ago when she was a teenager, was not complete. Until Ireland was united, she believed it would not be finished.

“They’re working all the time,” she said in one interview. “You’ve got to sit down and talk it over. You’ve got to get all the children to go to school together. Education is the key.” But Lily Kempson added that she supported the actions of the IRA, her present-day counterparts.

Elizabeth “Lily” Kempson McAlerney was buried at Holyrood Catholic Cemetery in her adopted home of Seattle. ♦