The Celtic Heart
of North America

For nine days in October, Cape Breton Island is home to a unique celebration of music and culture, with the finest of storytellers, musicians, and dancers from around the globe taking part in the festivities. John Kernaghan was there, awash in nostalgia.

The estrangement ran for more than 45 years, but when a vagrant Irish heart landed on the shores of Cape Breton, love was restored. The nine-day Celtic Colours International Festival fanned the embers of musical memories born in weekend trips around Ireland to hear traditional music in small towns and villages back in the late 1960s.

And the finest memory was the night, at a Portadown ceilidh, when the late Tommy Makem, of the Clancy Brothers and Tommy Makem, toasted my Canadian roots with the folk song, “Four Strong Winds.”

That was always going to be a tough act to follow, perhaps accounting for the near 50 fallow years that followed. It was fiddles, harps, and spoons, fiddle-dee-dee, bring on the Stones and Zeppelin.

Until, that is, the night at Celtic Colours in October when a mass of musicians jammed at the Festival Club at The Gaelic College, the only institution of its kind in North America.

A clutch of fiddles expertly wielded and backed by guitars, pipes, and an organ created a wall of sound that washed across some 700 music fans. If this does not inspire one, one has no pulse.

The tiny dance floor throbbed and heaved as ten-minute jigs and reels thundered through the hall. Be warned, this can be a contact sport at times as whirling bodies careen around the small space.

It was the distillation of Cape Breton culture, where fretwork is taught on the knees of elders and making music and dancing to it is as natural as talking and walking, in many ways speaking for itself. 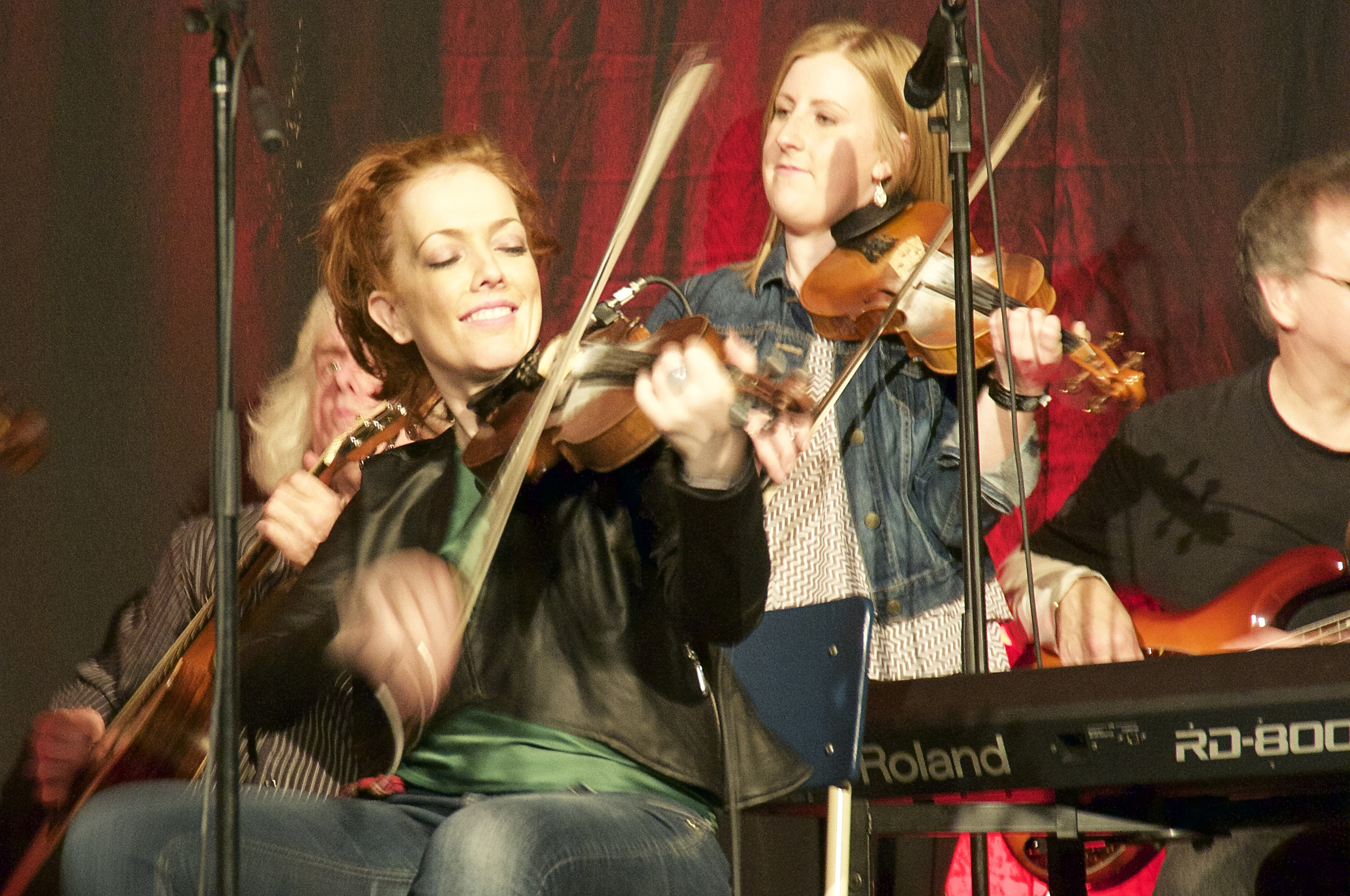 For Dawn Beaton, artistic director of the festival, it began at age four with step dancing, then again at six when she took up the fiddle. The Beatons are one of several sprawling Cape Breton families who form the backbone of the island’s music culture and industry.

Dawn step danced and played fiddle in the first festival in 1997, when there were 27 performances staged. This year there were 47 and that could expand in 2016 for the 20th anniversary festival.

“That means many more performers, of course, and the number of programs we run year-round has increased from about 50 to more than 160,” she said. But Beaton says the quality has been stellar from the beginning.

“I think we had the Chieftains the first year. The Irish component has always been a big focus, including one year when Irish music and dancing was the main focus.” 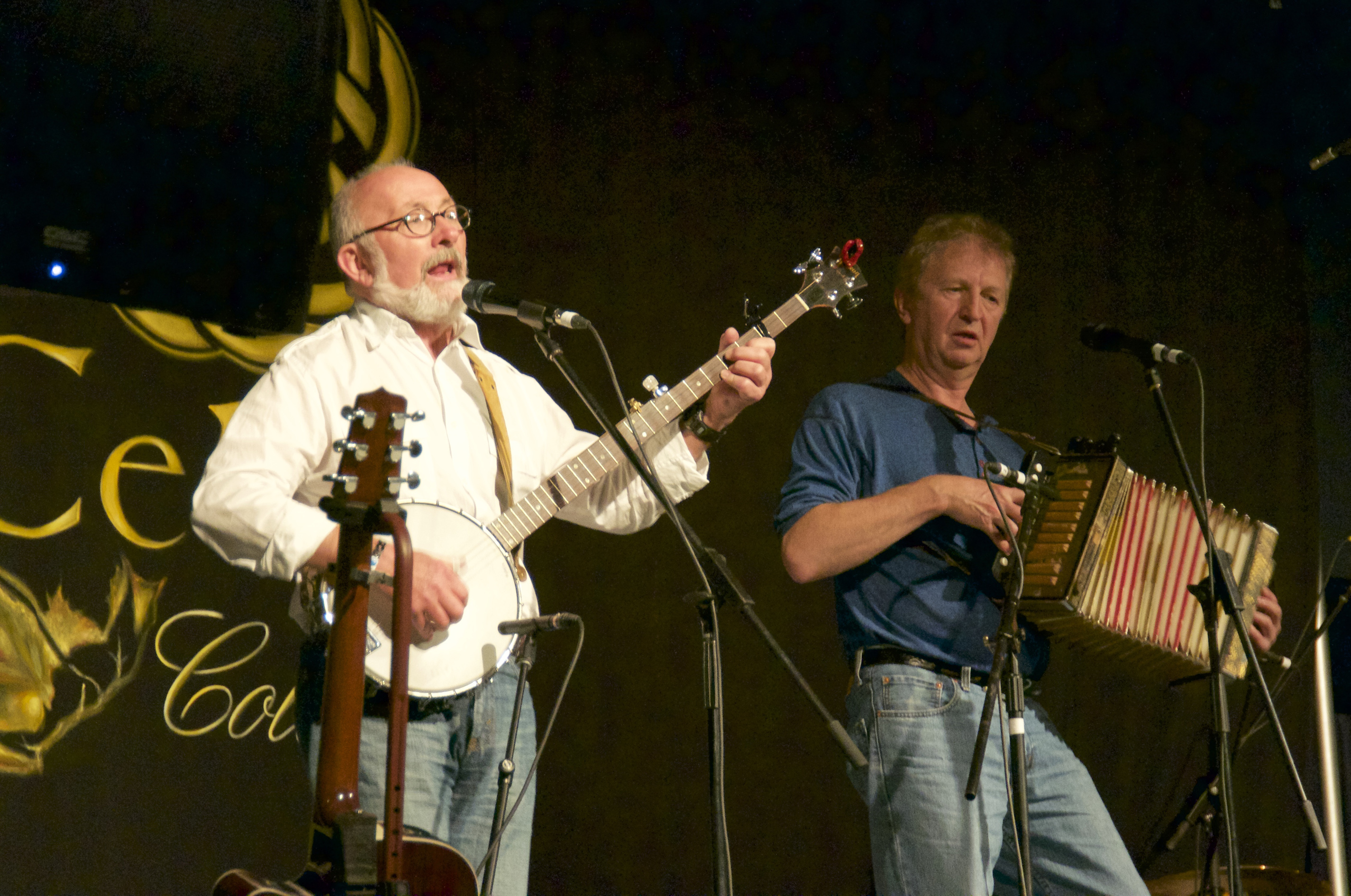 The island bills itself as the Celtic Heart of North America – hard to dispute as you make your way through a music marathon. More than 20,000 tickets were snapped up at this festival, about 15 percent by American visitors.

Most of the performers are local, playing at a half dozen spots around the island daily. And if you are so lucky to get blue skies and the peak of autumn colors, drives along the Cabot Trail and other rugged routes provide a magical backdrop.

The music, nurtured from roots imported from Ireland, Scotland, and England, endured through the generations simply because of the island’s isolation, says Heather Sparling, Canada research chair in Music Traditions at Cape Breton University.

Separated from the Nova Scotia mainland until a causeway was built, Cape Breton’s music remained pristine and the principal entertainment during harsh winters. 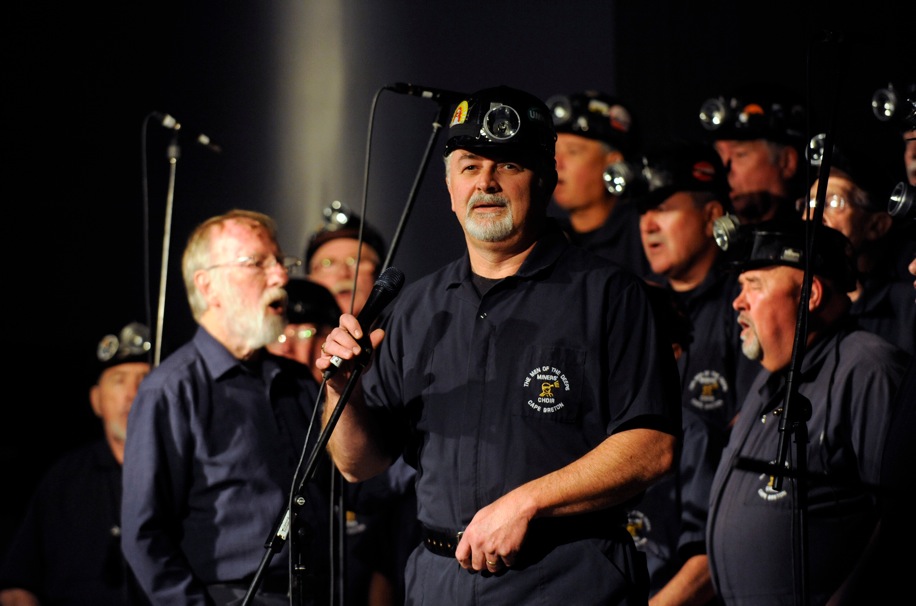 The choir Men of the Deeps, all former miners or people who work in related industries in Sydney Mines on Cape Breton. (Photo: Pam Martin / Periwinkledragonfly.com)

Even now, with instant Internet and social media, young people are drawn to “trad music,” as it is called, and the dance steps that accompany it, notes Sparling.

She attributes that to a continued “sense of community and belonging” that extends to folks who had to leave the economically challenged island to find work.

“Most of them come back when they can because there is comfort in the music and culture; it reinforces their sense of identity.”

First-time performers on Cape Breton pick up on that quickly.

“There is such strong support for their own heritage,” noted David Kilgallon of Mec Lir, a Manx band who delighted audiences with their music and banter over several days. “The festival is very community-focused. With little over 150,000 living on Cape Breton Island, it’s easy to see why. We were cooked dinner each day by volunteers and also caught (Canadian) Thanksgiving whilst we were there, so ate a lot of turkey dinners.”

O’Byrne and Jim Payne played several venues over several days, and Payne’s “Waltz Around the Cape” became the unofficial anthem of the visit, even though it was penned about Newfoundland. It was fitting to see them perform it twice on one epic day of music and touring. 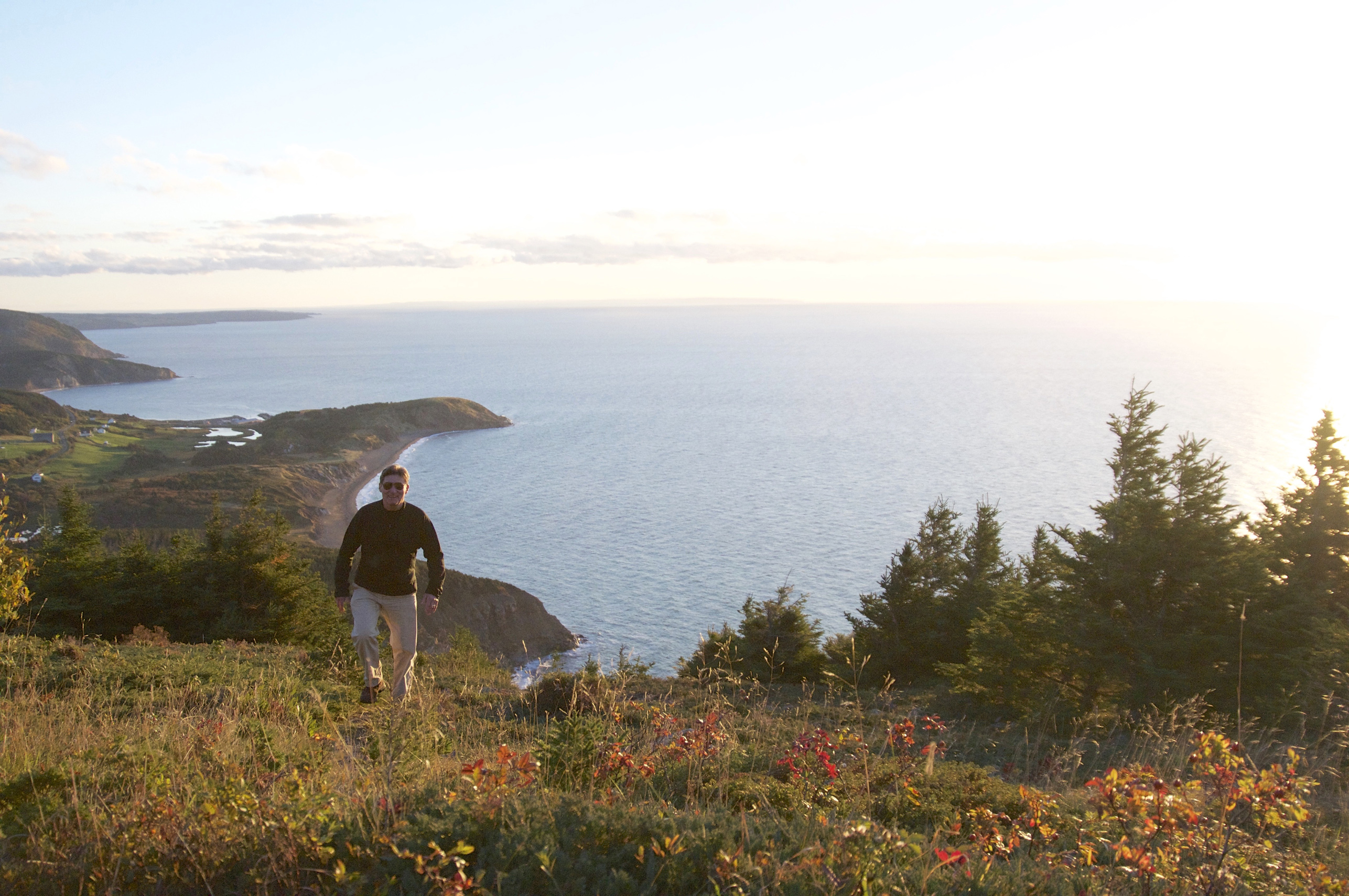 At noon, it was the quartet Mec Lir, from the Isle of Man, at the Alexander Graham Bell National Historic Site, which honors the inventor of the telephone, who resided in Baddeck.

Mec Lir fiddler Tom Callister was also a comedian of stand-up quality, treating music fans to a hysterical take on Manx history, including the tale of the two surviving Manx Gaelic speakers. Due to a 50-year feud, they never talked to one another.

Then it was on the road along the Cabot Trail, the scenic route that traces the rugged coast, for a two-hour drive that could have stretched to four since there were so many majestic vantage points. 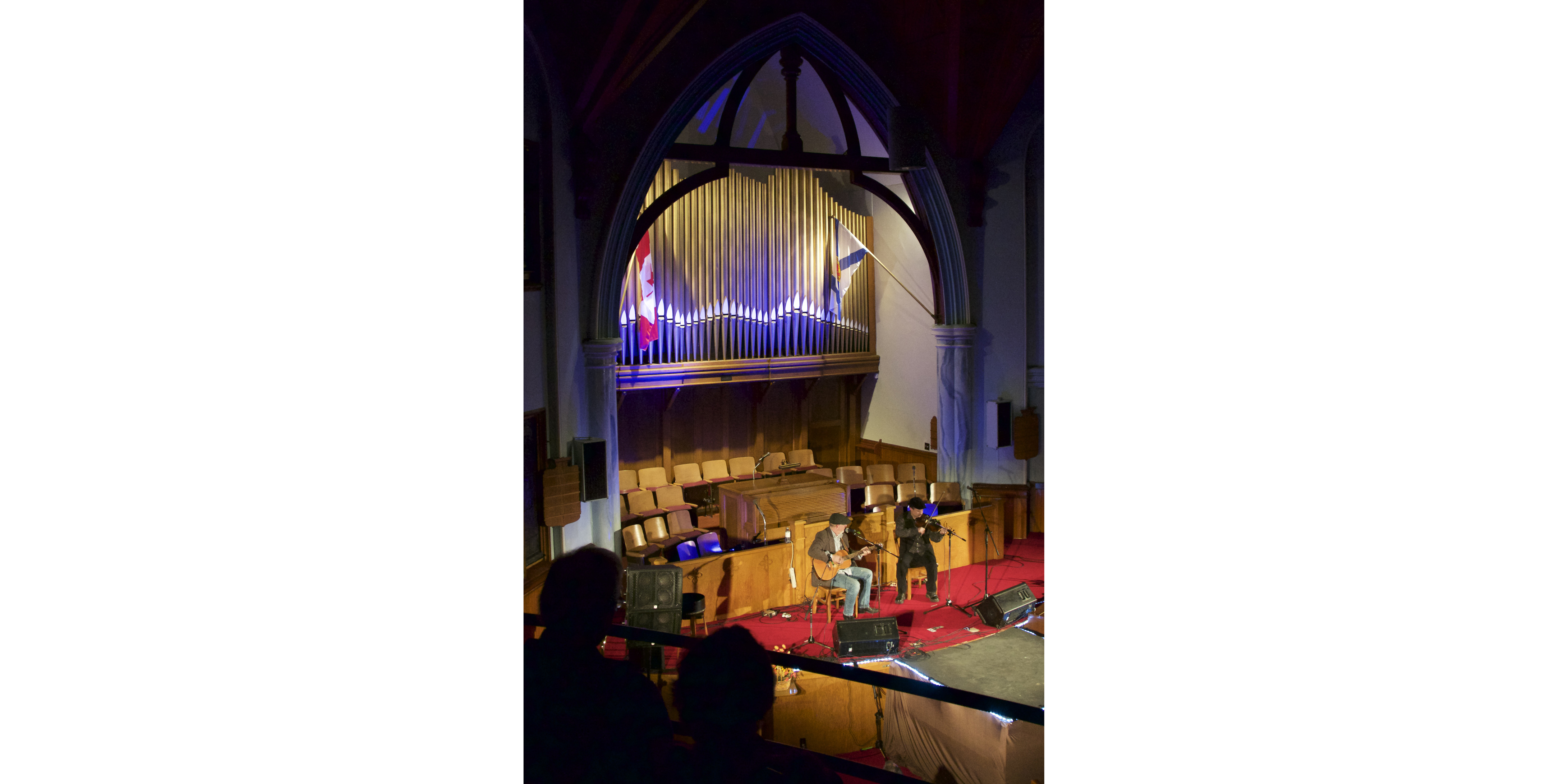 The destination, Keltic Lodge, is a dramatic resort perched on a rock promontory in Cape Breton Highlands National Park. It was built by a Bell business associate and offers good food and fine views of the ocean.

After a late lunch, it was back down Cabot Trail in the gloaming, so torturous at times it puts me in mind an Irish cousin’s take on a corner “so tight I could see the back of my neck.”

We were headed to Sydney Mines, a gritty precinct with the loveliest pale blue church, St. Andrew’s Presbyterian, rising in its midst. There, in a sanctuary featuring a sweeping balcony, O’Byrne and Payne provided another rousing version of “Waltz Around the Cape.” 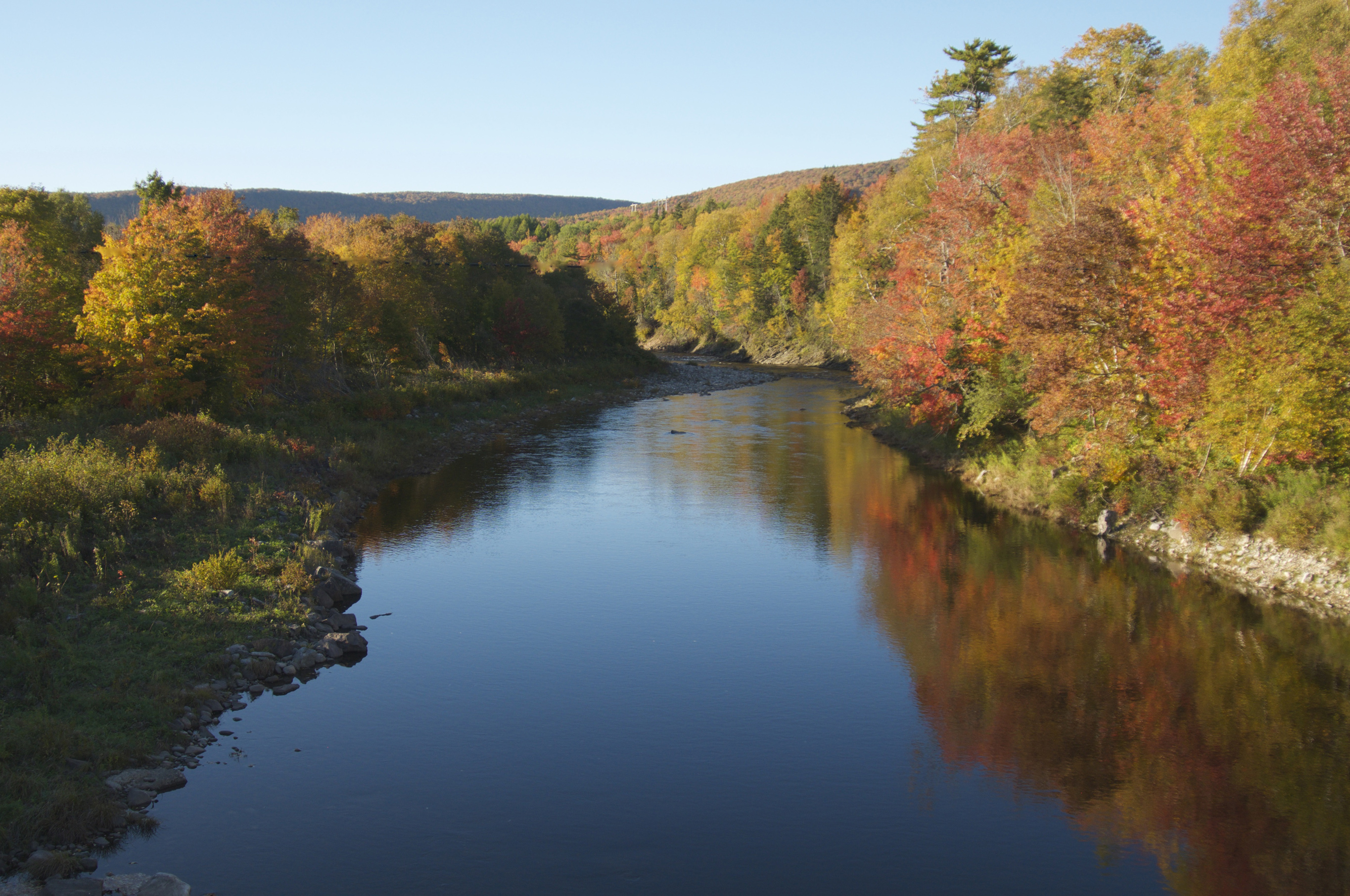 Then it was off to the Festival Club, which opens at 11 p.m. and offers the artists who performed around the island that day jamming in concert until 3 a.m. That meant more welcome Payne and O’Byrne.

The Festival Club is a petri dish for emerging musicians comparing licks with veteran performers.

“There’s a piano in the back room, which led to many impromptu sessions with some world-class musicians,” explained Mec Lir’s Kilgallon.

“Also had plenty of craic. With the help of a nightly cask of local ale, the music and chat went on until at least 6 a.m. We came back broken but gleaming from the whole experience.” 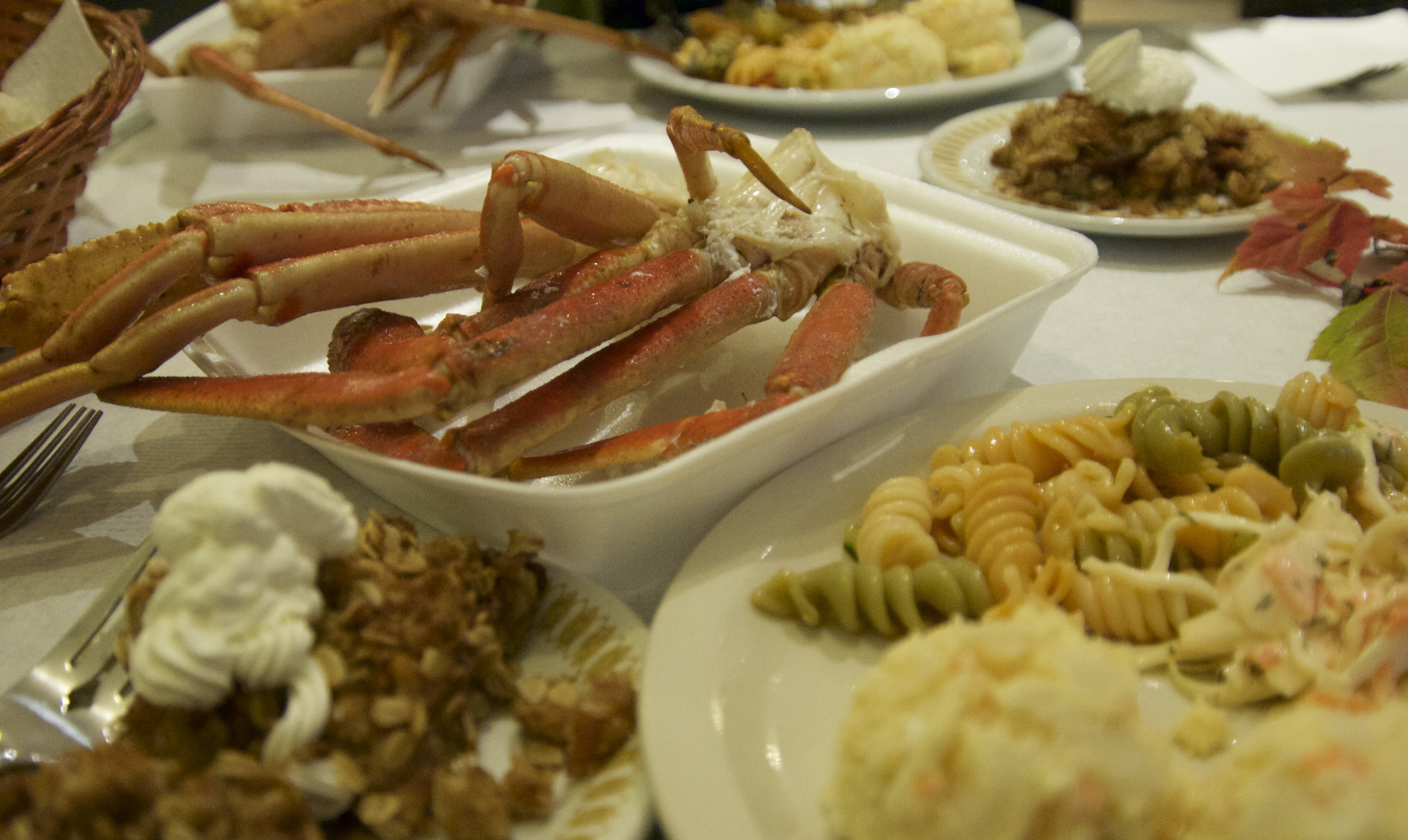 Although the festival’s big final act was Ricky Skaggs and Kentucky Thunder (something of a controversial choice amongst traditionalists) we wrapped it up with Men of the Deeps, the Cape Breton miners’ choir which enters the darkened hall with headlamps aglow, and another late night at the Festival Club.

A fairly large knot of music marathoners made it through to the 4 a.m. opening of The Gaelic College’s cafeteria for breakfast before boarding buses home.

Bent but reborn, I was among that number. ♦

John Kernaghan, who writes about the Celtic Colors Festival, is a freelance writer based in Oakville, Ontario. He began his career in journalism as a photographer for The Armagh Guardian and a reporter with The Portadown News. In Canada, he worked as an editor of a community newspaper chain and then as an investigative reporter, sports columnist, restaurant reviewer and travel writer for daily newspapers. He is now an editor on the national desk of Postmedia News.

This article was featured in the December / January 2016 issue of Irish America.

One Response to “The Celtic Heart
of North America”