A recent photograph of Scott Kelly on the International Space Station.

Scott Kelly, 51, an American astronaut and commander of the International Space Station’s Expedition 45 crew, has set the record for the longest time spent in space by an American citizen after reaching 382 cumulative days and counting.

The Russian cosmonaut Gennady Padalka holds the current world record for days in space, clocking 878 days off the earth. Kelly will have reached 522 total days by the time he is set to return on March 3, 2016.

“Records are meant to be broken,” wrote Kelly in a Twitter missive sent back to earth from the ISS. “Look forward to one of my colleagues surpassing [mine] on our Journey to Mars!”

Kelly, who is also somewhat of an artist, and has captured some of the most breathtaking images of our planet while orbiting the Earth in the International Space Station, where he and his crew are studying the health effects of spending protracted amounts of time in space. Their mission is part of the early research being done by NASA that seeks to find a way to send astronauts farther into the solar system than ever before.

Feel bad for the people of #NorthKorea when I see with my own eyes they live without electricity. #YearInSpace pic.twitter.com/E28PWvEajV

In time, NASA hopes to send astronauts to nearby asteroids and to send them to Mars, and Scott and his identical twin brother, Mark Kelly, who has also traveled in space, are crucial to that study. Because the Kellys have virtually the same genetic material, NASA can study how long-duration space flight affects the body and mind, using Mark as the control. 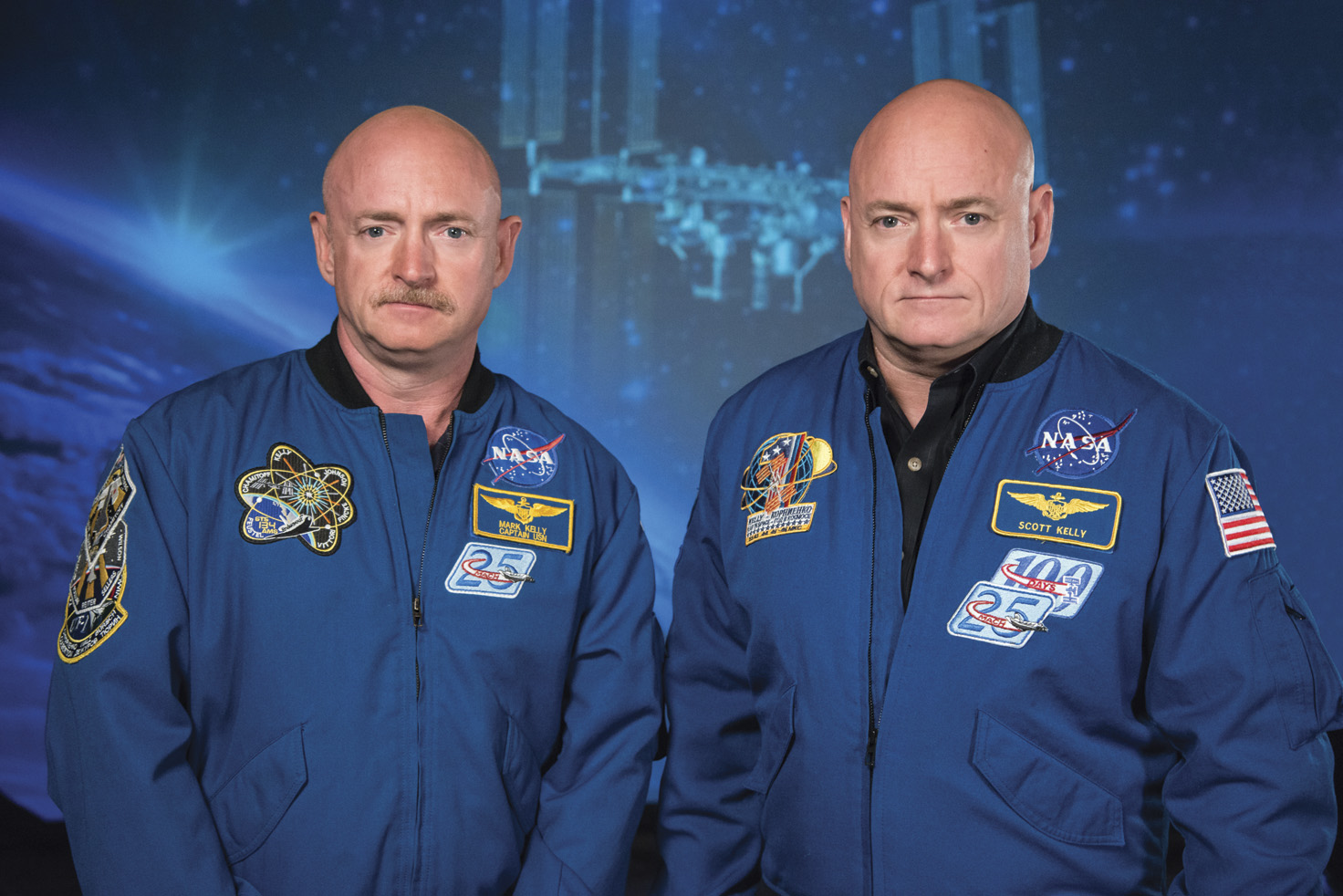 Mark, now retired, spent more than 50 days in space and is one of only four individuals who has visited the International Space Station on four different occasions.

That the Kellys, who both hold the rank of Captain in the U.S. Navy, volunteered for the study is not surprising to those who know them.

When they were eight, three years after man landed on the moon, they told their grandmother, “Grandma, we’re going up in space someday,” their father Richard Kelly, a retired police captain who lives in Flagler Beach, Florida, recalled in a 2006 interview with Irish America. Their mother, Patricia, a retired police officer like her husband, said that she wasn’t surprised that her sons chose similar career paths. “I really do believe there is a genetic disposition for certain things,” she said. To keep the twins on equal footing, their parents refused to tell them which one was older until they were 16. Mark is older by six minutes. ♦

The first results from a years-long study about the effects of prolonged space travel involving celebrated Irish...

Irish American astronaut Scott Kelly returned from a year in space after taking part in a NASA study, analyzing the...

Irish-American identical twin astronauts Mark and Scott Kelly have volunteered for an observational study to determine...