A widow leaves her children in care of the nuns in Galway and sets out for Boston, where she finds work as a domestic servant. In doing so, she sets the course for future generations.

This photograph of my five uncles was taken in 1935, the year I was born. Pictured, left to right, are Robert (Bob), my father Peter (the oldest), William (Bill), Francis (Frank), who was no more than 17 or 18 years old at the time, and Paul. The brothers and their sisters, Mary and Margaret, were the children of Michael and Eleanor (née Hanley) Kirwin, both immigrants from Horseleap Cross in central Galway, about 15 miles from Tuam.

Michael was in his early twenties when he immigrated. Eleanor was 16, and her mother, Bridget Hanley, was already in Boston.

Widowed in the 1880s (for the second time), Bridget immigrated to America having entrusted her three small children to the care of the nuns in Galway. She found work as a domestic servant, with plans to earn enough money to bring her children over. And on July 29, 1896, 16-year-old Eleanor and her 10-year old sister, Margaret, arrived in Boston. Their brother William came over soon after.

Eleanor soon found work as a domestic servant. In 1902, at just 22, she married Michael Kirwin. The couple spent much of their married life in Roxbury, Massachusetts and had eight children, one of whom, a girl named Eleanor, died when she was around one year of age.

Michael, who had worked for the railroads for 20 years, did not return to work following the great Railroad Strike of 1922. With the couple’s youngest child, Frank, who was no more than four or five years old, Eleanor helped keep the family afloat by cleaning other people’s houses. 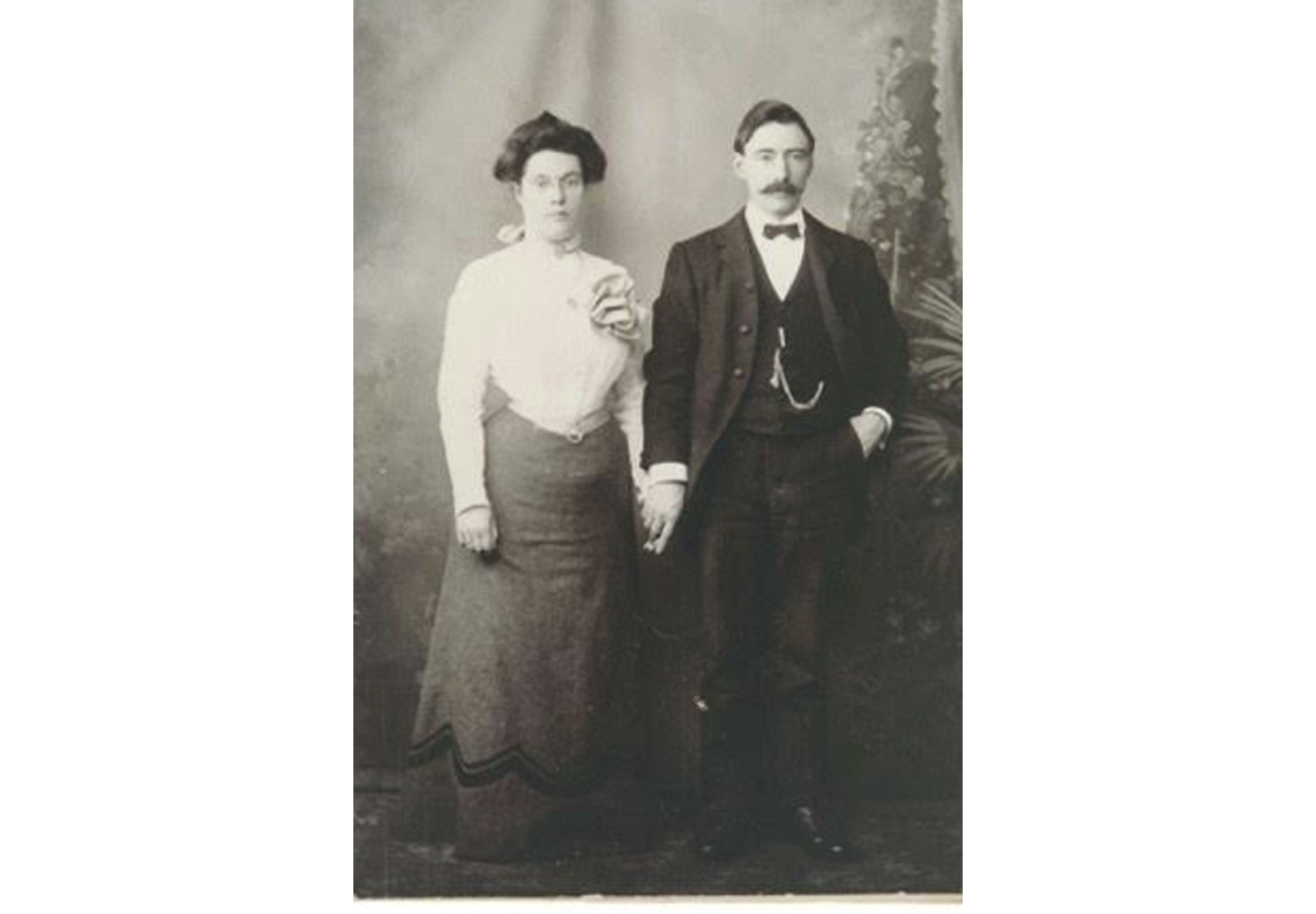 Eleanor and Michael Kirwin from Horseleap Cross, Co. Galway who immigrated in the 1890s to Boston, where many of their descendants still live.

The family persevered through the Great Depression. My uncles Bill and Frank served the short enlistment periods that were characteristic of the peace-time Army, and when mustered out and spent time in the Civilian Conservation Corps.

Following the December 7, 1941 attack on Pearl Harbor that drew America into WWII, Bill and Frank were soon mustered back in again.

Frank joined the U.S Army Airborne as a buck private soon after Pearl Harbor. He spent most of the war as an instructor in various jump schools, eventually serving at Forts Bragg, Benning, and Campbell. He was, at different times, a member of 82nd Airborne, the 101st Airborne, and the 187th Airborne Regimental Combat Team. He served in the occupation forces in both Germany and Japan, where he was stationed when North Korea invaded the South. He made two combat jumps with the 187th into North Korea, including one fall of about 800 feet with a half-opened parachute. He survived, fought that day, and retired as a major after 29 years of active service. He then went on to spend more than ten years with the Santa Clara, California Sheriff’s Department. He retired following a short career as real estate salesman (a triple dipper), and, as he put it, “Not bad for a guy with an eighth grade education!”

Uncle Bill served as a Military Police officer with the 83rd Infantry, the “Thunderbolt” Division that landed in France a few weeks after D-Day and fought its way through central France and Luxembourg. He became an instant hero to me, his ten-year-old nephew, when he brought me back a jet-black German helmet and gave me his Eisenhower jacket with the iconic “OHIO”insignia. He was only somewhat less impressive when he presented my mother, with laconicgallantry, a bottle of “stink water that I picked up for you in Paris when I passed through.”

Bill went on to a successful career in media advertising, first in newspapers and later in television. A scratch golfer, many of his deals wereapparently concluded on the golf course, or the so-called 19th hole.

Another brother, Bob, also joined up and managed to somehow spend some time with his older brother Bill during lulls in the Army’s drive across Europe.

My father, Peter, already 35 years old and married with two children, was not called up. He was working as an electrical engineer for a company that manufactured and installed air circulation and air conditioning equipment on U.S. Navy submarines and Iowa-class battleships, which were ordered by the Navy in 1939 and 1940 to escort the Fast Carrier Task Forces that would operate in the Pacific Theater of World War II. His job included liaison with the Navy, and he took part in several shakedown cruises in which the performance of a battleship was tested.

Michael and Eleanor (Nana) didn’t come to America to get rich. All they asked was “just give me a chance,” and the hope of a better future for their children. They worked hard. Some might say they imposed their work ethic too severely in my father’s case.

He worked in his old high school’s chemistry lab (Mechanic Arts, Boston) for two years following graduation. He then went to M.I.T., supporting himself as a self-taught saxophone player in a Roaring Twenties jazz band. His father (my grandfather), charged him room and board for the entire six years it took to complete his education, indicating that, given a choice, he valued hard work over schooling. (My three siblings and I obtained six college and advanced degrees, as a result of our father’s guidance and insistence).