A forgotten Irish song of emigration tells of a mother’s longing for her children who have gone so far away, is a big hit for Cherish the Ladies.

Irish music was the soundtrack to life for Joanie Madden growing up in the Bronx, N.Y. back in the 1970s. Her father, Joe Madden, from Portumna in East Galway, was an All-Ireland accordion champion, who headed a popular 13-piece band for years, playing weddings and county dances. Her mother was a traditional Irish set dancer from Miltown Malbay, County Clare.

“I was lucky – even if you didn’t want to hear it, or weren’t into it, you were learning Irish music by osmosis,” said Joanie in an interview with Irish America. She received her musical training on the tin whistle and the flute early in life and in a short time began winning awards. She was the first American to win the senior all-Ireland championship on the tin whistle in 1984, and since 1985 has been the central force behind Cherish the Ladies, the all-female traditional Irish music group, leading them to international acclaim.

The group has produced 17 albums to date. In addition, Joanie is the top-selling whistle player in history, having sold over 500,000 solo albums, and she is in high demand as a studio musician and has performed on over 100 albums, running the gamut from Pete Seeger to Sinead O’Connor. She is also a gifted composer, and many of her tunes have become standards in traditional music circles.

To celebrate the group’s 30th anniversary in 2015, Cherish the Ladies went on a year-long tour – with sold-out concerts across the U.S. and Ireland, including at such venues as the legendary Beacon Theatre in New York City, where they played November 27, the day after Thanksgiving. Somehow they also found the time to rehearse and record a Christmas album. The group’s first album to be recorded in Ireland, it features old standards such as “Come All Ye Faithful,” and “Hark the Herald Angels Sing,” but also a beautiful rendition of “Christmas Letter,” a poignant poem that Joanie set to music, and a recitation of another poem, “An Irish Christmas.” 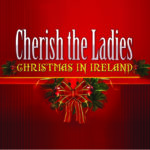 Christmas in Ireland, by Cherish the Ladies.

This is your third Christmas album. How do you decide what to select? Are there challenges?

It’s hard to believe as we celebrate our 30th anniversary that the recording we are releasing is a third Christmas album! Our Christmas tour is now as busy as our March tour, and our fans were screaming out for a new Christmas album – so that was the deciding factor. When we received our first booking for a Christmas show many years ago, it amazed us when we started putting the material together how well the Celtic instrumentation gelled with our favorite Christmas carols. But, in a world where practically every artist has recorded a Christmas album and it being a very saturated market, being original and coming up with new material is not easy. To make the new album, we researched, we wrote songs and tunes and we found old gems that were long forgotten and made them fresh and new again. It’s the first album we ever recorded completely in Ireland in Miltown Malbay, County Clare!

You were born in the Bronx, but you now have a home in County Clare. How has that influenced your music?

My mother emigrated from Miltown Malbay, County Clare and I always loved to go back with her for a few weeks every summer and visit friends and family while getting the opportunity to play great music with the local musicians. It was always a dream for me to have a house in Ireland, and that dream came true two years ago when I bought a house owned by Jack Whelan who was a great friend of the family and the president of the Miltown Malbay Social Club in New York. After Jack passed away, his family put the house up for sale and my mother and I went to look at it and when I found a picture of myself in the house – I knew it was meant to be!

Tell me about the “Christmas Letter” song that’s featured on the album. It has beautiful lyrics and a haunting air.

“If it’s music you want – head to Clare” is a very old saying, and spending more time there I started digging through County Clare’s archival recordings and I stumbled across a song called “The Christmas Letter,” which I learned was a poem written by Michael Scanlon from County Limerick in the early 1900s. It tells the sad story of a lonely mother lamenting on Christmas day because her children were forced to emigrate to America. Many families would head down to Spanish Point near Miltown Malbay and look out over the sea waiting to catch a last glimpse of the ships and their loved ones heading to America, knowing they’d never see them again. I liked the words – and hearing all the stories down through the years from my own parents about the loneliness for their families at the holidays, I could really relate to the lyrics. The melody was a different story, so I wrote a new melody and the band reworked it and came up with the arrangement, and Don Stiffe from Galway performed it.

Could you tell the story of what the Christmas letter from Ireland meant to your parents?

My parents’ eyes would light up at Christmas when the postman would arrive with cards and letters from home. It was the only time of year that it was the unspoken law that everyone had to sit down and put pen to paper and write their families far from home a letter. Neither of my parents’ families back in Ireland had phones up until the late ’70s, which meant they were in New York for over 20 years before their parents got telephones and could occasionally call, so those Christmas letters, full of news from home, were always the best Christmas present under the tree for them.

The album also features a poem called “An Irish Christmas Night.” Could you tell the story about the older woman who recited the poem?

After a Cherish the Ladies concert in the performing arts center, Glor in Ennis, County Clare, we went back to Friel’s Pub in Miltown Malbay for a session. At three in the morning, 87-year-old Bridget Moloughney from County Tipperary asked me would it be okay if she did a recitation. I said I’d love to hear it, then she asked me if I could shush up the crowd, which I did. She blew us all away with her charisma and memories for old poetry, and we all begged for more. Knowing that she was the real deal, I searched the web and came across “An Irish Christmas Night” poem written by Nancy Kellegher from County Cork and asked her to come to the studio and record it as I loved the sentiments and loved even more Bridget’s rendition of it.

You are out on tour now for most of December. Will you get home for Christmas?

We always wrap up our tour in time for the girls to travel home to Ireland to spend Christmas in their own houses. I want to be with my family, and so do they – so we always finish up the tour at least in time to get them home for Christmas Eve. ♦

This article was originally published in the December / January 2016 issue of Irish America.

Leave a Reply to Jim