Musician Joanie Madden, founder of Cherish the Ladies, received the 2015 Turlough O’Carolan Award for Musical Achievement. And longtime Irish America contributor Mary Pat Kelly, the author of Galway Bay and Of Irish Blood, who received the 2015 William Butler Yeats Award for Literary Achievement from the Council of Irish Associations of Greater Bergen County. 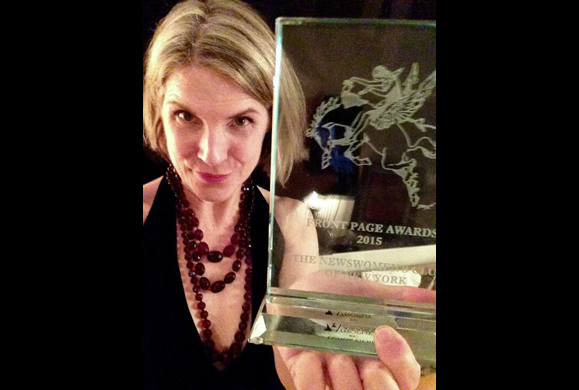 Columnist and feature writer Holly Millea received a Front Page Award on November 12 for her feature in Elle magazine “Trial by Twitter” which chronicles the murder of 16-year-old Skylar Neese who was stabbed to death by her two best friends. The Front Page Awards, presented by the Newswomen’s Club of New York, honor journalistic excellence by newswomen in newspapers, television, wire services, photography, online, magazines and radio.

Father Kevin Mullen was honored for his work at the St. Francis House in Boston, which caters to homeless men and women. And Siobhan Dennehy, Executive Director of the Emerald Isle Immigration Centre in New York, was honored for her work on immigration reform. The center caters to immigrants coming to the United States from all over the world.

For many years, the late Governor Hugh L. Carey served on the museum’s Board of Trustees, providing guidance and helping facilitate the museum’s educational programs and events.

World of Children Laurels for Roche

Adi Roche, the Irish-born founder and voluntary CEO of the Chernobyl Children International charity, received the “World of Children” Award, sometimes referred to as the “Nobel Prize for Child Advocacy,” at a ceremony in New York on November 5.

Roche founded Chernobyl Children in 1991 to give support to children living in the aftermath of the Chernobyl meltdown. She received the award in recognition of “the incredible impact she continues to have on the lives of thousands of children from the Chernobyl region” in a ceremony that re-united her for the first time with one of the child survivors of the 1986 Chernobyl disaster.

She was one of six humanitarian campaigners – from Sierra Leone, Ghana, Colombia, Mexico, United States, and Ireland – who were honored “for having dramatically improved the lives of children around the world.”

Over 600 people joined The Irish Post newspaper as guests for a night of fun and festivities, stars and surprises at the annual Irish Post Awards on October 23 at the London Park Lane Hilton.

Hollywood legend Fionnula Flanagan was honored for her Outstanding Contribution to the Film and Television Industry.

The Ireland – U.S. Council, a business organization dedicated to building business ties between Ireland and the U.S., presented its 2015 award for Outstanding Achievement to Siobhán Talbot, managing director of Glanbia, one of Ireland’s most successful companies. The award was given at the Council’s 53rd annual dinner, at the Metropolitan Club in New York City on November 12.

More than 1,100 guests gathered on Thursday, November 12, for The American Ireland Fund’s 34th Annual Boston Dinner Gala at the Westin Boston Waterfront on. Dinner Chairman Mike Mahoney, CEO of Boston Scientific, announced that record-breaking $2.6 million – the largest amount ever achieved at the Boston Gala – was raised. 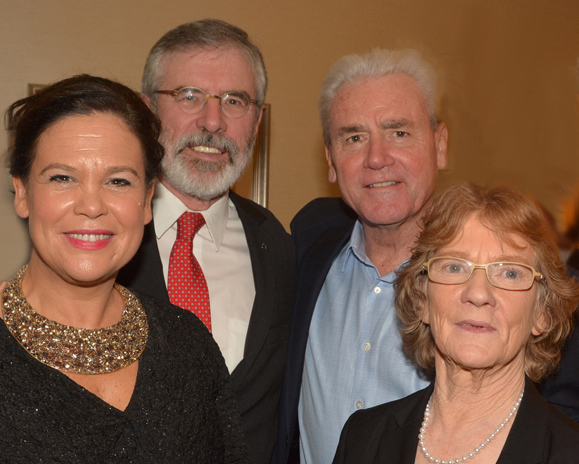 The Irish Voice held its eighth annual Irish Legal 100 event on October 22 at the Washington, D.C. home of Irish Ambassador to the U.S. Anne Anderson. Honorees flew in from all over the U.S. to take part in what has become the premier networking event for Irish Americans involved in the legal profession. “From San Diego to Alaska and from Texas to Boston, the Irish Legal 100 is a network of some of the most distinguished and accomplished men and women of Irish blood in the legal profession,” said John Dillon, business development manager for the Irish Legal 100. ♦

℘℘℘ On November 13, the Financial Times named Prepaid Financial Services’ Valerie Moran as one of...