From Ellen to Eileen

An excerpt from In Search of Our Ancestors: 101 Stories of Serendipity and Connection by Megan Smolenyak.

Many of us have a particular ancestor who calls to us louder than others, one with whom we feel a special kinship. For me, this is one of my great-great-grandmothers, Ellen Nelligan. Perhaps it’s because my own grandmother – her granddaughter – told me tales of her life. Or maybe it’s because she anchors the bottom row of my pedigree – my mother’s mother’s mother’s mother. Or it could just be because her name is fun to say, giving the tongue a workout pronouncing the syllables. But whatever the reason, I’ve always been a little more intrigued with Ellen than my other ancestors.

Ellen was born in County Kerry in 1832 and lived until 1927, enjoying a generous lifespan that produced a healthy paper trail for her descendants to explore. She came to the U.S. in the early 1850s, married a man named Edward Murphy, and settled in Jersey City. Records generated by her family hinted that she may have lived for a short while in New York before moving to New Jersey, but there were so many other leads to pursue that I never quite got around to the New York possibility – until a happy accident occurred.

Reading a family history publication, I came across a suggestion to try religious order records for nuns and priests in the family, and flashed back to a childhood memory of a nun in a wheelchair. My nana used to take me to visit her at a convent and I remember being told that she was the one who had come up with my mother’s unusual name, Seton. I knew that she was some kind of relative, but it was all hazy to me at the time – as was her name. The five-year-old Megan recalled her as Sister Algernon, but a few phone calls to older relatives quickly corrected that impression; her name was Sister Aldegonde. Fortunately, my relatives also remembered that she had been with the Sisters of Charity at Convent Station, New Jersey.

I did a little online surfing and was astonished to stumble across not only the order’s contact information, but an email address for the archives director. A brief inquiry was rewarded a week later with a single sheet of paper in the mail.

The document provided various tidbits of Sister Aldegonde’s life, and unexpectedly, one of these morsels was the birthplace of her mother, one of Ellen Nelligan Murphy’s daughters. 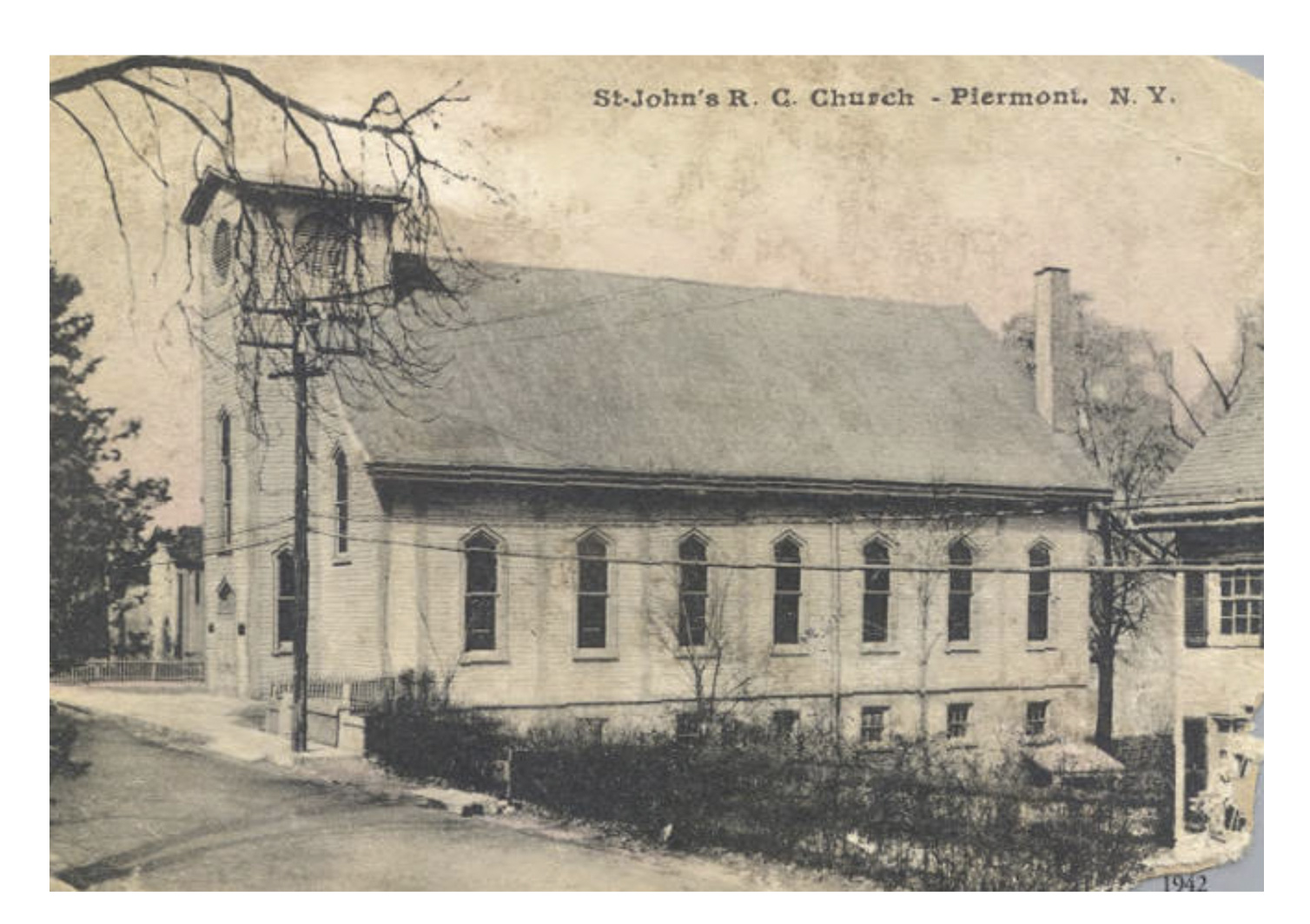 Apparently, Ellen’s daughter had been born in Piermont, New York. As soon as I read that, something clicked in my brain. Piermont. I had seen that before, but where? Digging through my records, I found the obituary of one of Ellen’s brothers, Daniel. Described as the “grand old man of the Erie,” it noted that he had worked for the railroad in Piermont before the terminus had been moved south to Jersey City. For the first time, I realized that he was not the only Nelligan who had lived in Piermont.

Digging into Piermont, I quickly learned that it was located in Rockland County and that there had only been one Catholic church in the town at the time, one that was still in existence in spite of a fire in the 1960s. The following day, a letter was on its way to St. John’s, and a few weeks later, I received a Nelligan bonanza – baptisms and marriages pertaining to Ellen and Daniel, as well as yet another Nelligan sibling I hadn’t known about before.

As a professional genealogist, I’ve been fortunate to speak around the world. Even so, I was stunned shortly after this discovery to receive an invitation to speak to – you guessed it – the Genealogical Society of Rockland County. All these years, I had been seeking Ellen and now it seemed she was returning the favor. I happily accepted and added a few days on to the trip to explore my roots in a town that still has a charming, old-time feel to it. Libraries, historical societies, cemeteries, and of course, St. John’s, were all on my itinerary, and I went home with still more insights into Ellen’s life.

Coinciding with all this, I had managed to learn the Nelligan clan’s hometown in Ireland by following the traces left by yet another sibling, Mary, as she headed west and ultimately settled in Oregon. Since I had promised myself to return to Ireland as soon as I had a village-of-origin to visit, I made arrangements for a trip. Finally, I was going to walk in Ellen’s footsteps! I was delighted at the prospect, but because much of my family is not particularly interested in genealogy, did not rush to share details with the extended family circle. In fact, as it happens, I told no one of my recent discoveries.

Shortly before my jaunt to Ireland, I received an invitation to the wedding of my youngest cousin, Eileen – another of Ellen’s great-great-granddaughters. Eileen was born and raised in New Jersey, but not able to marry in the church in which she had grown up. Seeking an alternative, she had selected a church in the town where her fiancé resided. Imagine my reaction when I saw that the wedding was to be held in St. John’s in Piermont, New York.

I took another look at the paper trail I had gathered for Ellen, examining the events associated with her life. She had made her first appearance in St. John’s records almost 150 years to the day before Eileen’s wedding was to be held.

Do I think it’s a coincidence that Eileen picked the same church for her marriage a century and a half later when she had no idea of her family’s history with it? Do I think it’s an accident that events conspired for me to make this discovery just before my cousin was married in St. John’s? No, I think it was inevitable.

I’ve often said that our roots claim us in ways we don’t even realize. Ellen gave this quiet gift to Eileen, and I took the opportunity of my trip to Ireland the month before the wedding to bring back some tokens of Ellen as presents for Eileen. I’ve been to plenty of weddings in my day, but Eileen was the jolliest bride I’ve ever seen. And somewhere, I know Ellen was smiling, too. ♦

Megan Smolenyak is a genealogist and the author of six books, including In Search of Or Ancestors, and Who Do You Think You Are?, a companion to the TV series. She has uncovered the Irish heritage of everyone from Barack Obama, Barry Manilow, and Bruce Springsteen, and contributes a personal family story to this issue.

One Response to “From Ellen to Eileen”