Born in 1965 to an Irish father and English mother in the U.K., his family immigrated to Australia when he was six months old and he grew up there. He moved to County Cork in the early 2000s. Though Kelly maintains passports for all three countries, and all three have contributed greatly to his artistic and cultural identity, the New York show, titled simply “John Kelly: Irish Landscapes,” focuses on his more recent work, inspired both by the vistas he sees daily at his picturesque home on the Reen Peninsula, and what he views as the “peculiar lack of visual representations” of the Famine in British and Irish fine art. 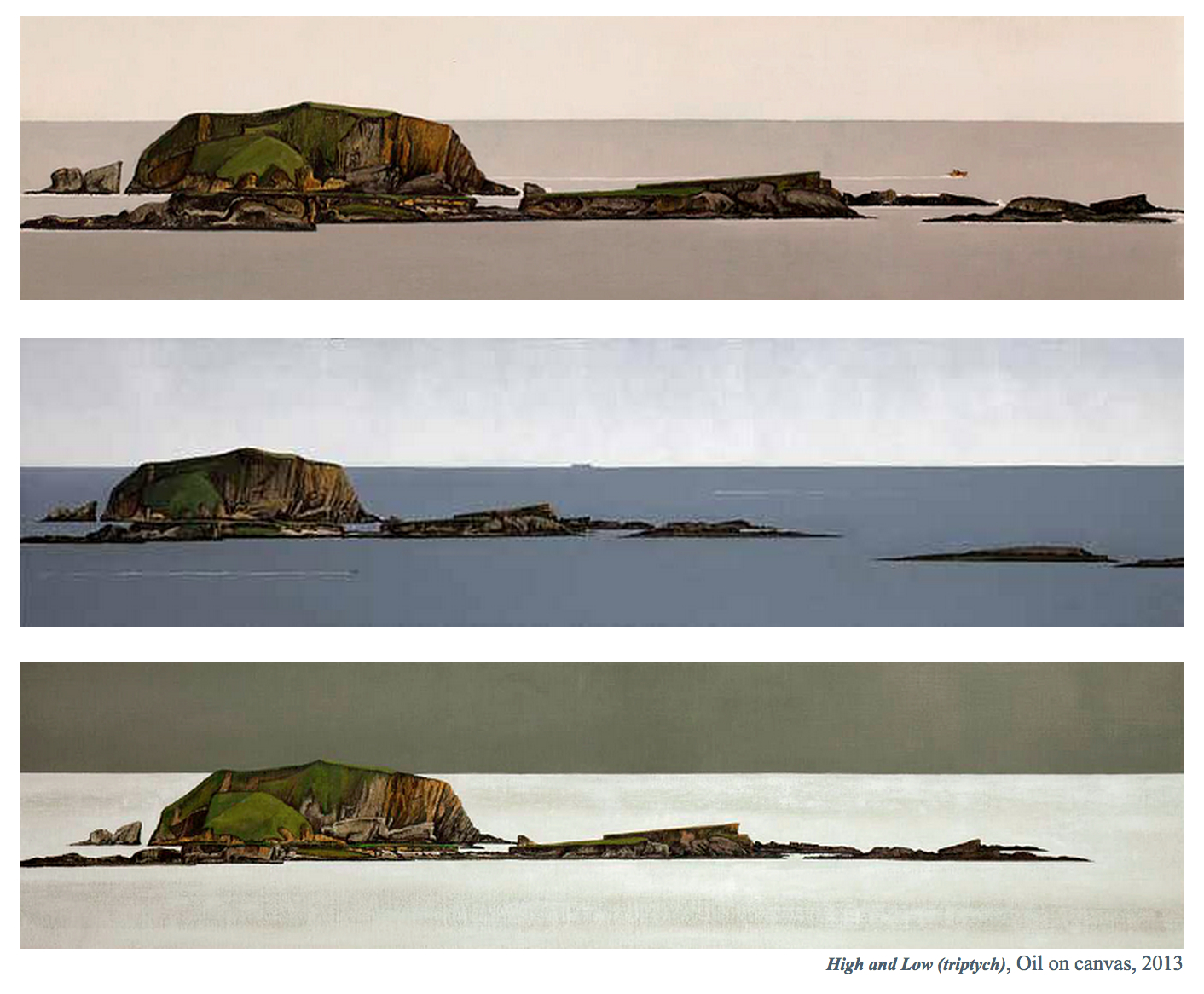 Speaking on his “Sticks” series, paintings of Irish artist Susan O’Toole’s installation of numerous massive bare tree trunks on the peninsula, Kelly says, “As the years have passed some have yielded and now lie in the long grass. [She] created this work as a blessing to the land where an Gorta Mór impacted with such devastating results. The remaining ten attracted my eye for not only what they represented but also their austere beauty.”

The paintings on display were painted “in the elements,” he says, sketching and painting on a field easel propped up on a tombstone to achieve the best views he could.

Kelly first gained notoriety in the 1990s for his paintings and bronze sculptures of cows, inspired by an Australian artist’s papier-mâché bovines installed on Australian airfields during WWII to deceive Japanese pilots. Since, he has exhibited at such renowned places as the Champs-Élysées in Paris, the Agnews Gallery in London, the National Gallery of Australia, and the National Taiwan Museum of Fine Arts. ♦