Two Irish GAA handball players retain the rights to call themselves the king and queen of handball following the 2015 World Handball Championships in Calgary this past August. Paul Brady, from Cavan, won the men’s event for a record fifth straight year, while Belfast’s Aisling Reilly retained her title from last year’s win in a tie-breaking round (and despite having been hit in the eye with a ball in the previous round). Sinéad Meagher from Tipperary and her partner Clodagh Nash from Clare won the doubles championship. 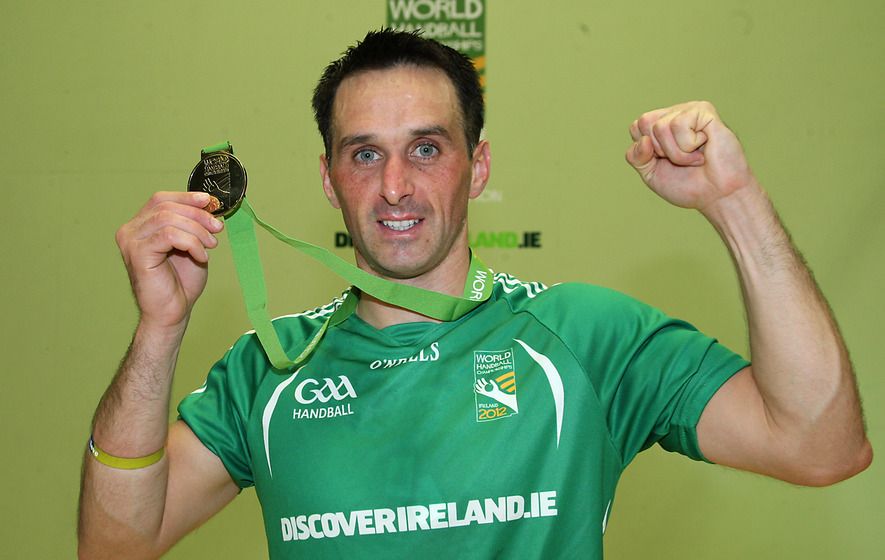 Reilly was inundated with congratulations, including one from Gerry Adams, who sent her a video of himself wearing a t-shirt with her name on it and a message of support. “I had a lot to lose,” Reilly told the Calgary Herald. “I kept thinking of how much I didn’t want to lose my world title. Now I get to keep it for another three years.”

Handball is one of the four GAA games, in addition to Gaelic football, hurling, and rounders, and one of the first accounts of handball in its modern form was recorded in Galway in 1527, when a city ordinance forbade its play against city-owned walls. By the 18th century, Irish immigrants were bringing the game to America, where it remains virtually unchanged. ♦