Were the No Irish Need Apply signs and ads a myth? A new historical debate is sparked, writes Matthew Skwiat.

This summer, an eighth-grade student and a retired history professor re-ignited the debate about the prominence of “No Irish Need Apply” signs in the 19th and early 20th centuries.

Irish history, like Irish politics, is an often murky and tricky path for anyone to travel along. James Joyce may have been onto something when he said that history was a nightmare from which he could never wake. It can be argued that all of history is fraught with tricky entanglements and bitter feuding.

This was the case when retired historian and Professor of History Richard Jensen published an article in the Journal of Social History in 2002 entitled “No Irish Need Apply: A Myth of Victimization.” It is clear from the title that Professor Jensen was not going for subtlety, opting instead for controversy courted with revisionism. Irish history is no stranger to revisionism as was shown by the overwhelming silence and later academic revisionism of the Great Irish Famine that occurred throughout the 1980s and 1990s, spearheaded by lauded academics like Roy Foster and Mary Daly.

The same debates that plagued Famine research have invaded the very heart of the Irish American narrative of immigration and assimilation. Professor Jensen, who has devoted ample research and published widely on American history, took on his notions of perceived “victimization” of the Irish throughout history, using as his centerpiece the sign “No Irish Need Apply.” As Jensen sees it, “the Irish American community harbors a deeply held belief that it was the victim of systematic job discrimination in America, and that discrimination was done publicly in highly humiliating fashion.” 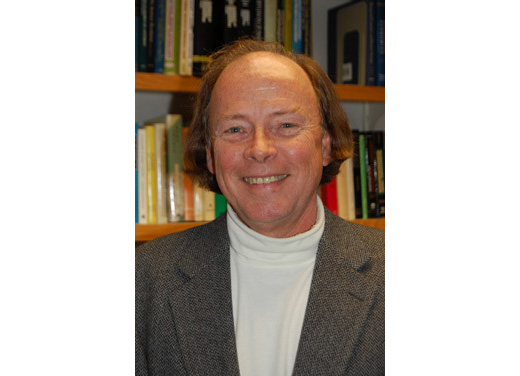 Jensen contends that this idea of victimhood is a myth and found “there were no contemporary or retrospective accounts of a specific sign at a specific location” and that “zero such signs were seen at commercial establishments, shops, factories, stores, hotels, etc. anywhere in America, at any time.” Jensen’s ideas were thought-provoking and intended to dispel perceived “myths” that plague history.

The issue did not stop there however, as a budding 8th-grade historian, Rebecca A. Fried of Washington, D.C., found evidence to contradict Jensen’s argument. In articles that were published widely across the Internet, Fried was declared the victor in this academic exercise. Fried was able to find numerous articles dating back to the 1840s that advertised and implemented NINA signs. She concluded, “The documentary record better supports the earlier view that Irish Americans have a communal recollection of NINA advertising because NINA advertising did, in fact, exist over a substantial period of United States history.”

Our sister publication IrishCentral ran numerous pieces on finding over 1,400 examples of NINA signs and ads, and Niall O’Dowd wrote a blistering piece in The Irish Voice condemning Jensen and applauding Fried, arguing that Jensen’s article constituted “a dangerous precedent, rewriting the history of a people who by any standard faced very hard times.”

Jensen later responded to Fried’s argument by upholding the importance of historical context and accusing her of cherry-picking examples. His contention is with their pervasiveness, which he says is still open to interpretation.

The fact is, calling NINA signs a myth is inaccurate. And it is a testament to the passionate interest within the Irish American community that Jensen’s claim is still generating headlines over a decade later.

History is not the objective oasis mythologized by Gibbon, Carlyle, and Macaulay, but a highly subjective arena filled with emotion and personal prejudice. And Jensen’s paper and Fried’s response raise perplexing questions of how we view ourselves and our history. Instead of declaring a victor in this debate, perhaps we should applaud the unique research uncovered on both sides, and use it to further propel historical research forward. ♦

2 Responses to “Commentary:
“No Irish Need Apply” a Myth?”