The renowned physician and psychiatrist Dr. Garrett O’Connor, lauded for his work on addiction treatment and the founding president of the Betty Ford Institute for Prevention, Research and Education in Addictive Disease, died early September at his home in Aughrim, Co. Wicklow.

Dr. O’Connor was born in Dublin and graduated as a physician from the Royal College of Surgeons and later trained in psychiatry at the Johns Hopkins University School of Medicine in Baltimore. His career spanned more than 50 years and was marked by a devotion to providing community psychiatric services, researching and developing novel treatment methods for addiction, as well as studying the role of cultural malignant shame in the development of addiction in certain cultural groups, focusing particularly on the Irish.

In Baltimore, Dr. O’Connor met and married the actress Fionnula Flanagan in 1972 and the two moved to Los Angeles, where they lived for more than 30 years while Dr. O’Connor served as Associate Professor of Psychiatry-in-Residence at UCLA. In 2003 he was appointed Chief Psychiatrist at the Betty Ford Center, and was named the first president and CEO of the Betty Ford Institute in 2008, where he served before retiring in 2013.

But it was in Baltimore where he established his dedication to the field that would define his career, opening one of the first Psychiatric Emergency Services in the U.S. and establishing the Model Acute Treatment Clinic for short-term intervention on families in distress. It was there, too where he served as the director of the ground-breaking Maryland Training Program in Community Psychiatry, and, for four years, was director of the Johns Hopkins Community-based Treatment Program for heroin addicts.

During the 1967 Baltimore riots following the assassination of Martin Luther King, Jr., Dr. O’Connor was instrumental in opening channels between East Baltimore community leaders, the National Guard command, the Baltimore police department, and the then-besieged Johns Hopkins Hospital, earning him a commendation from the Mayor of Baltimore. 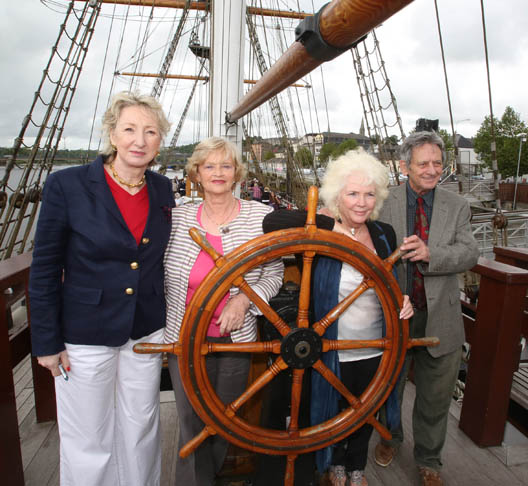 Dr. O’Connor has been in personal recovery from alcoholism since March 6, 1977, and was widely known for using his own life story as a tool for teaching about recovery to patients, medical students, and other audiences, including his fellow physicians. His main focus was to clarify the role of malignant shame as a major emotional consequence of the extreme cultural and familial trauma that often results from addiction to alcohol and other drugs.

In 2012, he authored the widely read and debated article, “Breaking the Code of Silence: The Irish and the Drink” for Irish America, focusing on the role of cultural oppression as a cause for the wide-spread cultural substance abuse problems he sees in Irish and Irish American populations, and how those behavioral patterns can carry on for generations. You can read that article here.

In 2010, Dr. O’Connor was awarded an honorary doctorate from the National University of Ireland, and has been featured as an honoree on the Irish America Healthcare and Life Sciences 50 list.

In addition to his wife, Dr. O’Connor is survived by his two sons, Matthew and Turlough, his daughter Mary Lee-Woolf, two daughters-in-law, seven grand children, and two great-grandchildren.♦