Left to Right: Miss Emily, by Nuala O'Connor; The Accident Season, by Moïra Fowley-Doyle; and The Negotiator, by Senator George Mitchell.

The Irish put great store in spinning a narrative around every small thing,” quips Emily

Dickinson in Nuala O’Connor’s revelatory American debut novel Miss Emily. O’Connor’s narrative is no small feat, bringing together the life of Dickinson the poet and her fictional Irish maid Ada Concannon. What follows is a moving and often engrossing tale of the bonds of friendship, the power of language, and the intricacies of the human heart.

O’Connor, who won rave reviews for her short stories in Ireland, turns her lyrical eye on one of the towering figures of American poetry, Emily Dickinson. Gone is the tragic image of the recluse haunted by death that has marred Dickinson’s image. Instead, O’Connor’s creation is imbued with humor and tinted with a subversion that can subtly be found in Dickinson’s poetry. O’Connor’s prose recalls the ethereal splendor of Dickinson’s metaphors and the robust language it is built upon. This is found in Dickinson herself who is “blanched, bleached, and bloodless to look at,” but inside “will roar and flash with color.” Not only does O’Connor capture the cadences of Dickinson’s language, but the ample research devoted to Dickinson’s life is seamlessly reimagined complete with solidly detailed sketches of the eccentric Dickinson family, the 19th century America they grew out of, and perhaps the most interesting is the commentary O’Connor provides Dickinson’s sister-in-law Sue who is described as “somewhat unknowable and changeable,” but who in many ways was Dickinson’s muse.

While the story itself is called Miss Emily, readers will find that their hearts and minds will be taken by 18-year-old Ada Concannon, the dutiful and independent Irish maid. Ada’s is a story of Irish immigration, assimilation, and resiliency in a volatile period in American history that did not look kindly on immigrants. O’Connor conjures shadowed echoes of the Famine in Ada’s story, but her heroine is not a weak and submissive caricature; instead she takes pride in her work and draws strength from her newfound independence.

For both women, their bonds of friendship are solidified in baking and the beauties of language, whether Dickinson’s poetry or Ada’s singing. While fictional, their relationship is the centerpiece of this tale, and while parts of the story are over baked, Miss Emily is a book one savors one spoonful at a time.

This debut novel from Irish author Moïra Fowley-Doyle is a contemporary Irish fairy tale for young adults. Contained in the narrative are elements of the paranormal and the ethereal, accompanied by its share of dark and ominous twists.

The novel follows the misfortunes of a dysfunctional, accident-prone family who find themselves in the midst of the “accident season” every October. This is a season filled with cuts and bruises, frequent visits to the emergency room, and plenty of near misses. The main plot is focused on uncovering the mystery of whether these accidents are really just coincidences, as some members of the family wish to believe, or something more sinister. Long-held secrets are revealed throughout the novel, while pressing questions torment individual family members.

For Cara, the novel’s protagonist, this accident season coincides with her transition into adulthood. She uncovers secrets and truths about herself and her family and must confront the possibility that while she may have been aware of these all along, she lacked the courage to face up to them. In Cara’s world the lines between reality and imagination are often blurred. It is only when she gains an awareness of the distinction between the two that she can separate accident from intent. No longer held back by her child-like naivete, she finally sees people and their actions for who and what they really are.

Fowley-Doyle touches on elements of Irish mythology and folklore to create a world in which reality and fact is superseded by fairy tales and superstition. The lyrical quality to her writing and the ability to keep the readers’ attention with each new reveal and twist make The Accident Season a captivating read and a solid debut.

Eileen Gray: Her Work and Her World 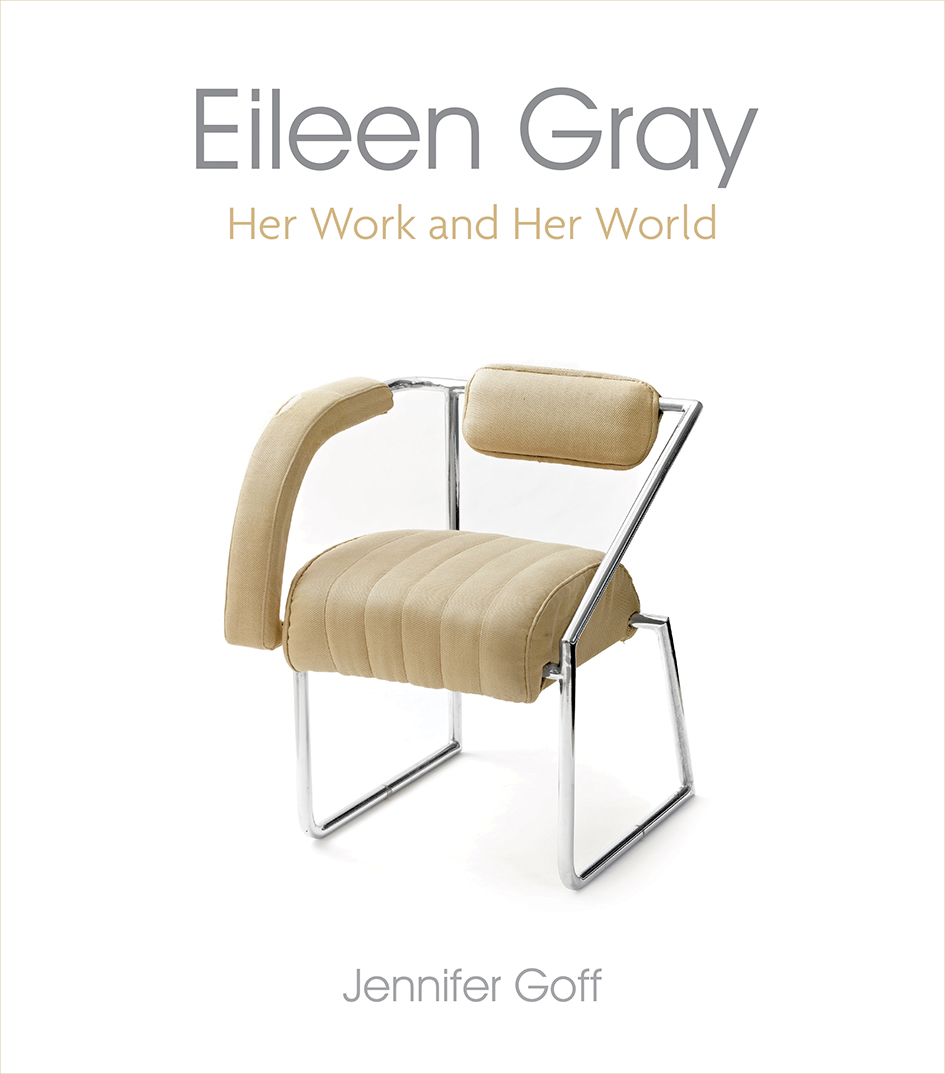 Eileen Gray: Her Work and her World

Jennifer Goff’s painstakingly-researched book on Eileen Gray, the Irish architect and furniture designer comes at a fortuitous time: a TV documentary on Gray’s life, Gray Matters, aired last October, and Mary McGuckian’s biopic, The Price of Desire, which deals with Gray’s famous falling out with Le Corbusier, comes out this year. Gray’s work has also seen two recent retrospectives in Paris and in Dublin.

Goff, curator of the Eileen Gray Collection at the National Museum of Ireland, organizes the chapters not strictly chronologically, but thematically by either an aspect of the designer’s work or her personal life. She makes a point to devote a chapter each to Gray’s lacquer and her carpets, including color photographs of many of these pieces in her less-well-known media. She cites Gray’s house, designed for longtime partner and sometimes lover, Jean Badovici, as the designer’s most famous project and her masterpiece.

Though Gray was notoriously private and destroyed many of her personal documents, Eileen Gray: Her Work and her World includes much of her private ephemera, including family photos and copies of typewritten letters. An entire chapter examines the correspondence between Gray and her niece, painter Prunella Clough; the two were exceedingly close, and their letters provide an interesting look at Gray’s family life, as well as her own personality and sense of humor.

Goff has made Gray her life’s work, and she told The Irish Times she spent ten years on the book. The book may appeal more to those already familiar with Gray’s work than those encountering her for the first time, as it has a rather frustrating lack of comprehensive images of Gray’s own home, Tempe à Pailla. But Goff’s dedication shows throughout the nuanced, extensive volume that covers both the personal and the artistic.

Memoirs of American statesmen are generally categorized by dryness and anemic prose. George Mitchell’s new memoir, The Negotiator, avoids these pitfalls. Mitchell came to national attention as a junior senator from Maine, but gained acclaim as one of the key negotiators in the Good Friday Agreement. In stoic prose, Mitchell recounts his Maine upbringing, rise as senator, and crusade for social reform.

He waxes nostalgic on his love of basketball and details his humorous encounter meeting Ingrid Bergman in Paris who asked for a light he didn’t have, but “made it a point to carry matches whenever I went out.” Occasionally, Mitchell sounds like he’s still campaigning – “Having lived through the tragedy of unemployment, I know that most of those out of work would prefer to be working” – but these moments are overcome by the moments of humor and candidness elsewhere.

But the heart of the book is in Ireland, where his initial “brief” and “interesting” assignment in 1995 hatched into a meaningful Irish-American legacy. He details the IRA attack in Omagh, and the tumultuous time that followed. In the end Mitchell said, “I am and always will be an American, and proud of it, but a large part of my heart and emotions forever will be in Northern Ireland.”

Timothy Shriver’s Fully Alive: Discovering What Matters Most (Sarah Crichton / 304pp / $15) and Elizabeth Koehler-Pentacoff’s The Missing Kennedy: Rosemary Kennedy and the Secret Bonds of Four Women (Bancroft Press / 214pp / $25) are two books that poignantly disclose our nation’s shortcomings, both historically and contemporarily, when it comes to understanding the mentally ill and intellectually challenged. These books also reveal the dearth of research concerning the women of the Kennedy family, which pales in comparison to the body of work focused on its men. As both of these authors show, this is especially true of Rosemary Kennedy, the eldest Kennedy sister, who was lobotomized and kept from her family and the public eye for over 20 years. 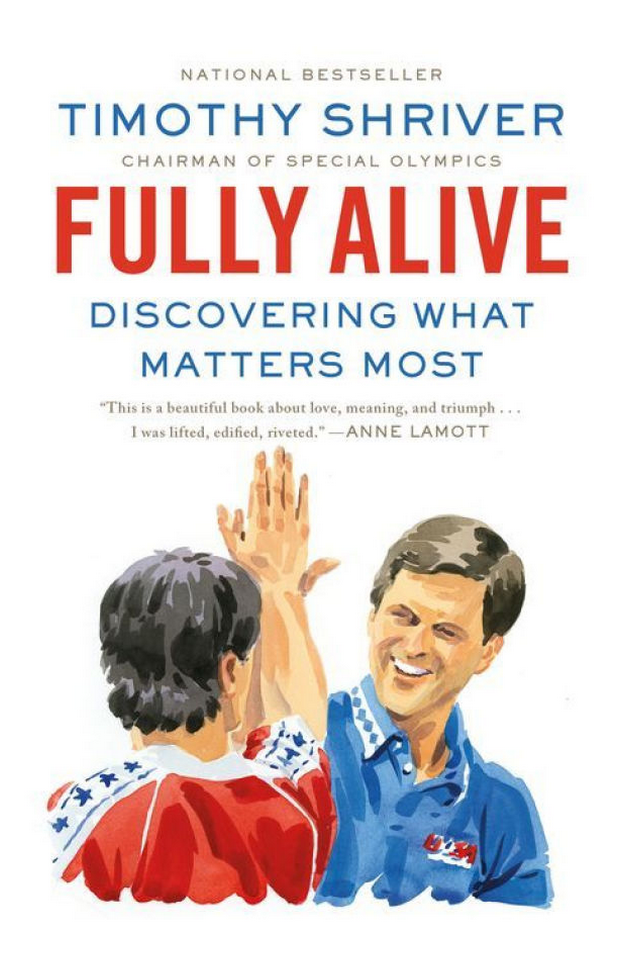 Timothy Shriver’s Fully Alive is now out in paperback from Sarah Crichton.

Shriver’s Fully Alive (newly out in paperback) deals a great deal with the Kennedy and Shriver families’ influence in shaping national policies and organizations concerned with helping the intellectually challenged. Shriver details how his mother, Eunice Kennedy Shriver, was an early champion for the developmentally disabled, and documents her role in the establishment of the President’s Panel on Mental Retardation and Camp Shriver, a summer camp for children both with and without disabilities. All of this work culminated in the creation of the Special Olympics in 1968, and which the author has been heavily involved with.

The text abounds with insightful, instructive, and often times amusing anecdotes about other determined women as well, like Loretta Claiborne, who was not only a top athlete in the Special Olympics, but went on to finish the Boston Marathon in the top 100 women of 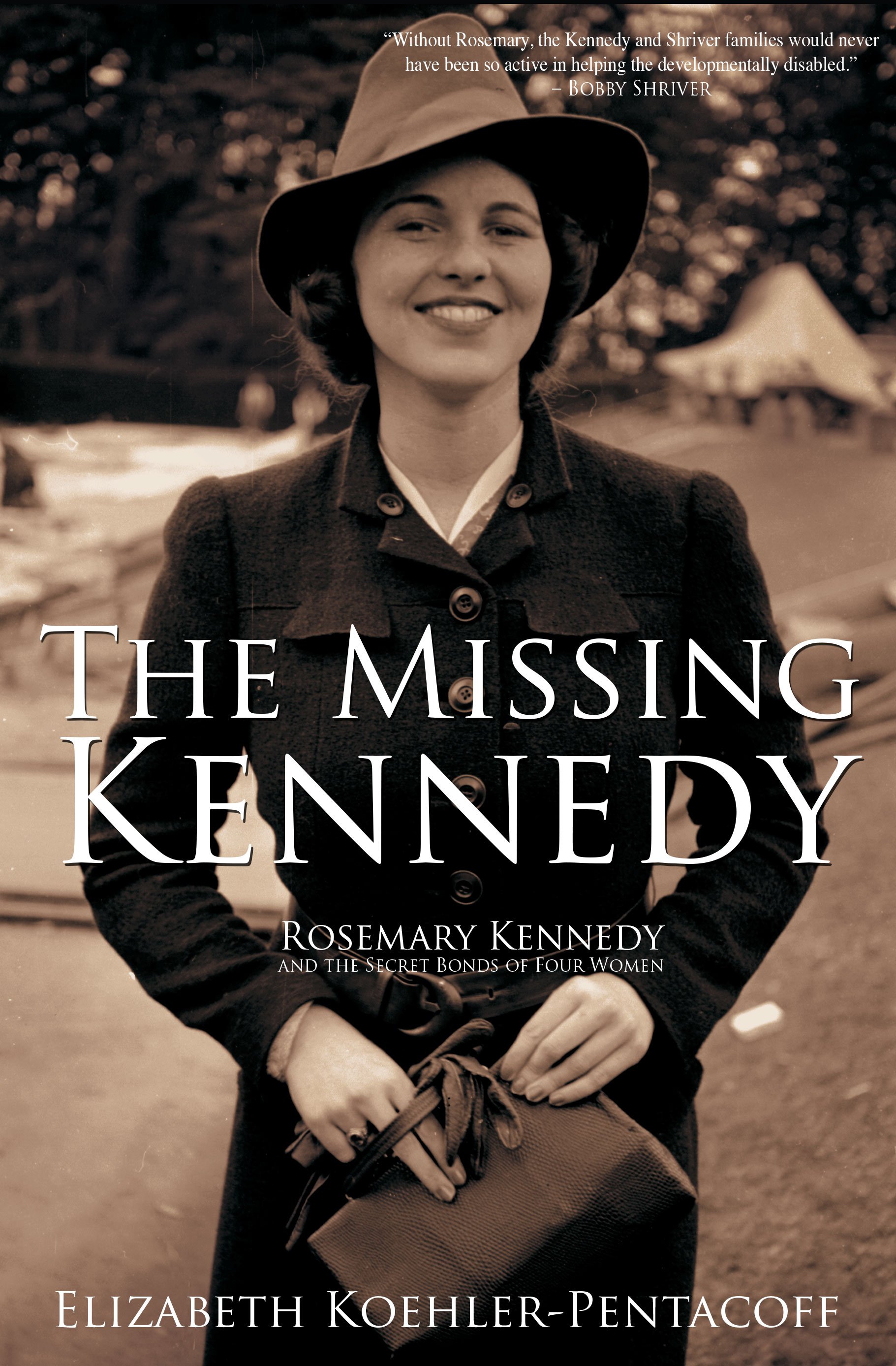 the world. Such stories are where Shriver’s book really shines. His empathy for the intellectually challenged and his lifelong and direct involvement in their lives, and in the lives of those who fight to better the standing of the intellectually challenged in our society, afford him the ability to tell their story. His direct access to his famous family’s personal recollections of this same struggle also gives him a unique insider’s perspective.

The same can be said about Koehler-Pentacoff’s The Missing Kennedy. It was her aunt, Sister Paulus, who was Rosemary Kennedy’s caretaker at Saint Coletta, where Rosemary was kept for many years after her lobotomy only exacerbated her intellectual and emotional challenges.

While Koehler-Pentacoff’s book offers an intimate glance at the sheltered life that Rosemary lived while her glamorous family grew in prestige and power, her book is more of a personal and family memoir that deals a great deal less with Rosemary Kennedy than its title suggests. Though its discursive nature can leave the reader feeling lost and disoriented, it still serves to highlight the need for this story to be told in greater definitive detail.

For those simply interested in the story of Rosemary Kennedy, Shriver’s book contains chapters that deliver a clearer explanation of the events that led to his aunt’s lobotomy and subsequent banishment. Shriver and Koehler-Pentacoff’s accounts don’t always match up, but both authors stress the fact that Rosemary served as an inspiration for the Kennedy and Shriver families’ involvement in the lives of the intellectually challenged, underscoring the need for more and better-researched accounts by uninvolved parties. Still, both books head in the welcome direction of telling the largely untold story of Rosemary Kennedy, and the story of the intellectually challenged and their allies in the fight to place them as equal members of society.

Fully Alive: Discovering What Matters Most

The Missing Kennedy: Rosemary Kennedy and the Secret Bonds of Four Women